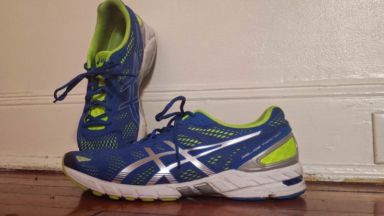 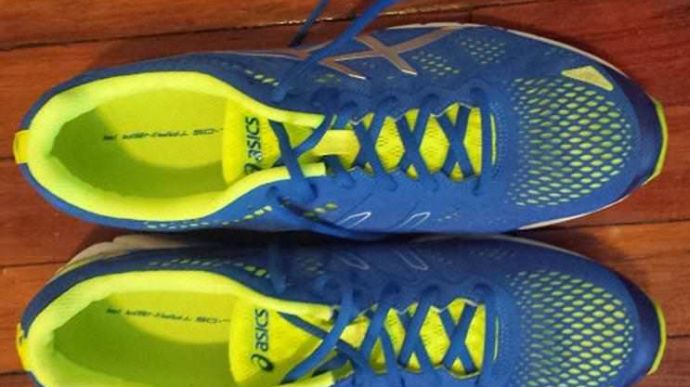 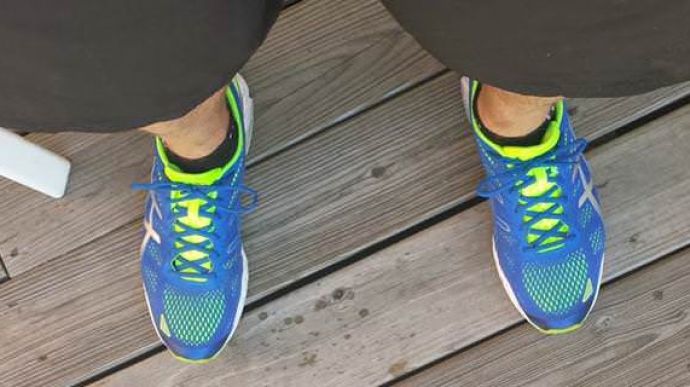 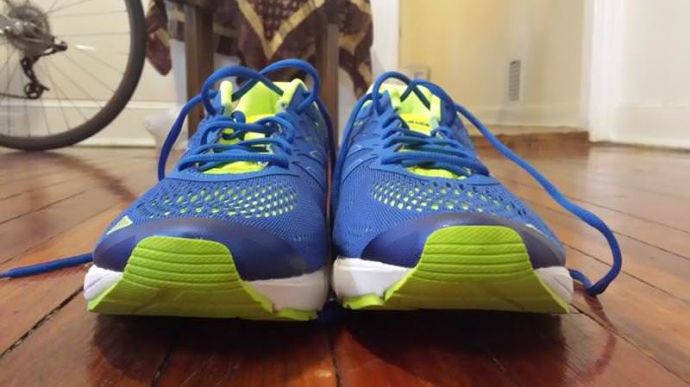 The ASICS Gel-DS Trainer 19 is a very fast, light shoe that fits very true to size. It is designed for speed, making it ideal for tempo runs or racing.
WHERE TO BUY
LOWEST PRICE
$120
SHOE INFO
Asics
Brand
Gel-DS Trainer 19
Model
Stability
Type
9.7oz (men’s sz 9) oz. (275 gr.)
Weight
120 US$
MSRP
DS Trainer 18
Previous model
WHO IS IT FOR
This is a shoe for people who want to go fast either in a tempo run or a race setting. Recommended for experienced runners that race anywhere from 5K’s to marathons.
Help me choose

This is the 19th incarnation of ASICS GEL-DS Trainer series. It a mid-priced performance running shoe that provides over pronation support. It does not appear to be a flagship model for ASICS as it is not heavily advertised as say the Kayano, the GT-2000 series or their 33 line.

If you are a fan of a shoe with bright colors then this is your shoe. I actually originally thought this was a glow in the dark shoe. There is only one color variation though, bright blue and electric yellow. It looks like only one colorway is the standard with this line based on my research of past shoes.

My first impression of the shoe was how lightweight it is. This was immediately noticed when I anxiously took the shoes out of the box. You can see where precious ounces were cut in the upper portion of the shoe with the thin layer of mesh over the sock liner.

My first run in them was a fast 8 miler. For me, 8 miles is the perfect distance to run. It is a long distance, but not too long where I will have to worry about energy management. I usually strive for 8 miles in under an hour and I was able to do this with ease.

In the middle, I pushed myself to see how the shoe would react. This went great and I was flying. I didn’t feel like I was dragging and the shoe drove me forward giving me control in the ball of my foot.

This is where the majority of the weight of the shoe lies. You have ASICS’ signature technology which is a combination of hard plastic in the forefoot and durable rubber throughout.

Anyone who has ran in ASICS before will see the familiar gel in the heel and the duomax support in the forefoot. The sole of the shoe naturally pushes you forward and you will find yourself landing on the ball of your foot more than your heel. This was further prevalent when looking at how the shoe wore during testing.

The sole also has what ASICS calls Wet Grip. The product description on ASICS’ website noted that it will provide the runner with a good grip, even if that surface happens to be wet.

I did my longest and fastest run in the rain with these and there were some slippery parts but overall the material helped me keep stable and maintain high speed. I felt like I was in control the entire time.

Let’s start with the heel. There is a portion of hard plastic that outlines it with mesh in the middle. I could feel my heel locked in, but the mesh did not restrict my movement. I have ran in some heavy shoes which include ASICS Kayanos and Brooks Adrenaline GTS and their major drawback was how the heel gave too much support and it almost forced you to land on your heel.

The tongue is very light and breathable. There were a few times when the ends folded in and you could see your sock through the shoe but this never caused any issues.

Lastly, let’s talk about the material of the shoe. There is a thin layer of mesh over the sock liner, which makes the shoe fit like a glove. This is over the majority of the shoe.

Cosmetically this looks really cool and sleek and provides great breathability. The mesh worries me because of how light and minimal it in the toe box.

During my testing, I could see the stitching start to stretch out in the front part of the shoe, which could cause issues further down the line. There is plenty of wiggle room on the top parts of the shoes which is good considering ASCIS can be notoriously narrow and not give enough room in this area.

The glove like material also wasnt a good thing to have on the sides of the shoe. There were points where I felt like I was falling out of the shoe based on how my foot was landing

Sadly, not every run can be a tempo or at my maximum output. Despite Trainer being in the name, this is something I would reserve for my tempo runs or races. It fits VERY true to size.

It did not respond as well in longer distances at a relaxed pace or my recovery runs as it did in my faster ones. The shoe is very light, but I think ASICS took too much away from the toe box which can cause durability issues later on in the life of the shoe.

The last thing you want to do is have to prematurely retire a pair of shoes in your rotation because one part gave out before the rest.

Overall, I really enjoyed running in this shoe. I am planning on using it for the next race I will be running and will continue to use it in my tempo runs.

We thank the nice people at Asics for sending us a pair of Gel-DS Trainer 19 to test. This did not influence the outcome of the review, written after running more than 50 miles in them.