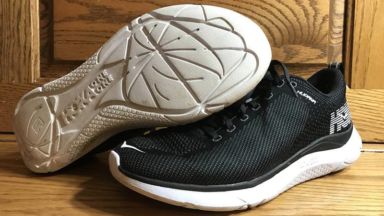 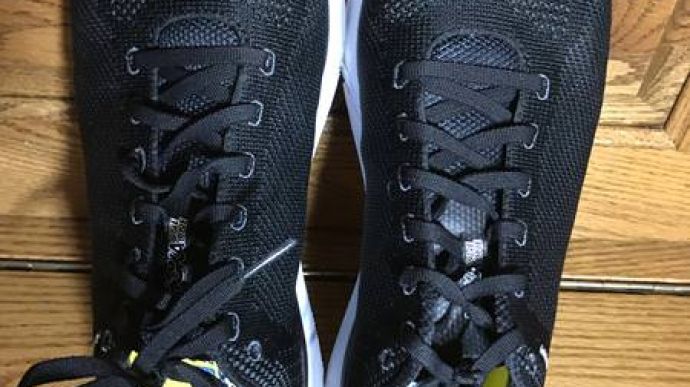 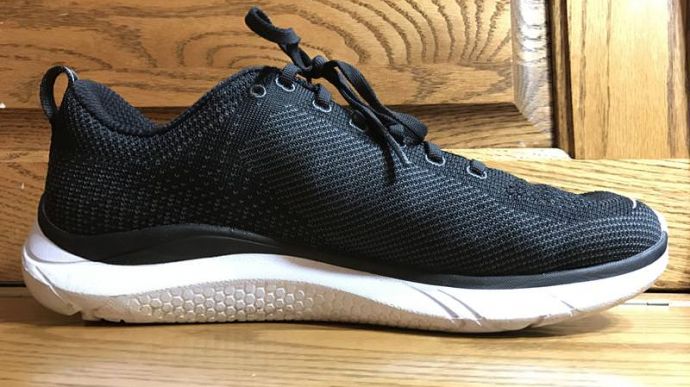 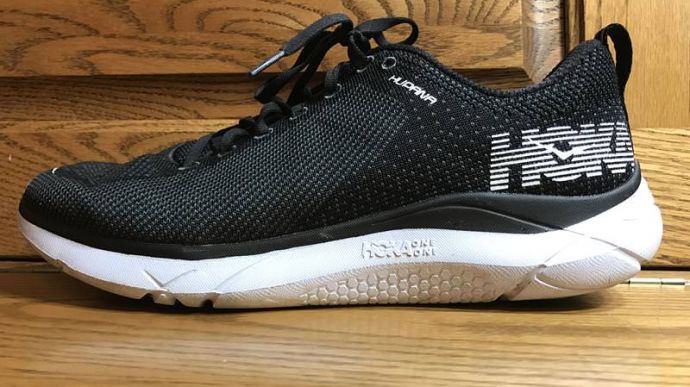 The Hupana is a great looking shoe that packs a powerful running punch. Thanks to the RMAT material it has a cushioned and springy ride. The upper is durable and breathable but may be slightly too narrow for some runners.
WHERE TO BUY
LOWEST PRICE
$0
SHOE INFO
Hoka One One
Brand
Hupana
Model
Lightweight
Type
8.20 oz. (232 gr.)
Weight
115 US$
MSRP
5 mm
Heel Drop
Mar / 2017
Release Date
WHO IS IT FOR
This shoe is for those looking for an everyday casual use shoe that can also be used for serious running.
Help me choose

The Hupana is a new model for 2017 by Hoka One One. It is marketed as an everyday casual running shoe meaning it can be worn all day and not just for running purposes.

This would explain the Hupana’s less radical design compared to a lot of other Hoka One One shoes. It’s aesthetically pleasing and doesn’t have that sometimes awkward Hoka look.

It fits in with any other brands casual sneaker. A few key features of this shoe include an open knit upper, seamless construction, and a full RMAT midsole and outsole.

The first thing I noticed about the shoe is its styling. It took me by surprise and if it didn’t have the word “HOKA” across the side of it I wouldn’t be able to tell that’s what it is.

The only giveaway is looking at the shoe from the back you can see Hoka’s signature heel design and styling. I wasn’t really sure what to think of a shoe hoping to be and everyday casual running shoe.

Can’t every running shoe be worn everyday? In general I prefer not to wear running shoes one hundred percent of the time but that’s mostly because they often have a clunky look and odd coloring.

When I put the shoe on the first thing I noticed is its narrow upper, and I can feel soft springy cushion under foot. The shoe also feels very light.

Hoka One One Hupana Sole Unit

According to Hoka One One’s website, the shoe has been named after the Maori word for “spring back”. The reason for this is they’ve decided to go with an all RMAT midsole/outsole.

Hoka One One Hupana – Pair

RMAT material was introduced in 2013 and is a blended rubber EVA foam. It was created as a material that could increase durability, spring back for added responsiveness, and provide extreme grip.

It’s a versatile material and because of its durability and grip properties can be used as both midsole and outsole material. When I read that the Hupana included and all RMAT sole it got me pretty excited about the shoe.

This is the same midsole material used in the extremely popular Huaka trail/road shoe. The Huaka has a spring to it that’s hard to replicate.

The ride of the Hupana feels smooth and responsive, and it maintains a very comfortable level of cushioning. The beauty of this shoes ride is created by the RMAT material.

It truly is a great foam that in my opinion is not utilized often enough in Hoka’s line of shoes. It springs back making it feel like you’re being launched forward.

It is very dense so you don’t lose any integrity in the cushioning but having the foam material exposed with no hard rubber can cause the RMAT to start to “shred” a little bit. Nothing that effects the performance of the shoe.

If theres one complaint I have about this shoe it is that it does not utilize any form of meta-rocker geometry. Im starting to prefer that type of rockered profile to a shoe because of the smoothness it can add to the ride.

As smooth and responsive as this shoes ride already is I found myself imaging the possibilities of this shoe with a rockered profile.

I would guess that the reason for this is again that the rockered design can sometimes make a shoe look odd, and they went for style with this one.

Hoka One One Hupana Upper Info

The upper of the Hupana utilizes seamless and open knit construction. This is the first knit upper I’ve seen from Hoka One One and they’ve done a great job with it.

Hoka One One Hupana – Lateral Side

Knit uppers are known for their comfort and durability and this one provides both. I have noticed no signs of wear and tear in the upper after 50+ miles and would have a hard time identifying a weak point in the shoes upper.

The fit of the shoe will work well for some runners but the upper provides a fit more suitable for those with a narrow foot. I found that it hugged my midfoot snug and that the toe box was a little narrow.

Hoka One One Hupana – Medial Side

If your foot is of average width you cold most likely make this shoe work. If your preference is to have a more roomy fitting shoe then I would suggest trying another option.

Thanks to seamless construction it does have a sock like fit, but I’d prefer more room in the toe box. Overall the upper is very comfortable but it’s not as comfortable as a shoe like the New Balance Zante v2.

Hoka One One Hupana Conclusions

Overall I was really happy with this shoes performance. The shoe has a nice ride thanks to the utilization of an all RMAT midsole/outsole. I cannot say enough good things about that material.

It is outstanding and it provides the perfect amount of cushion while maintaining a lot of bounce. The one negative about the Hupana is the fit of the upper.

Hoka One One Hupana – Sole

I was able to make it work and I had zero issues with rubbing or hot spots but it is definitely on the thin side. This just isn’t my preference for the fit of an upper.

I prefer a shoe to hug the midfoot and have a sock like fit but open up in the toe area. This shoe has a more uniform fit from the midfoot to the toe box making it a little too narrow for my liking.

I think that the Hupana serves its purpose of being a shoe that you can wear for anything and still run in. It looks really nice and comes in at a good price point.

Even though its catered toward everyday use it still has a really nice ride for running.

We thank the nice people at Hoka One One for sending us a pair of Hupana to test. This did not influence the outcome of the review, written after running more than 50 miles in them.

Hoka One One Hupana Price Comparison

Visit ShopRoadRunnerSports
This page contains affiliate links. As an Amazon Associate I earn from qualifying purchases.
WHERE TO BUY
LOWEST PRICE
$0

Similar shoes to Hoka One One Hupana

Hoka One One Hupana Review