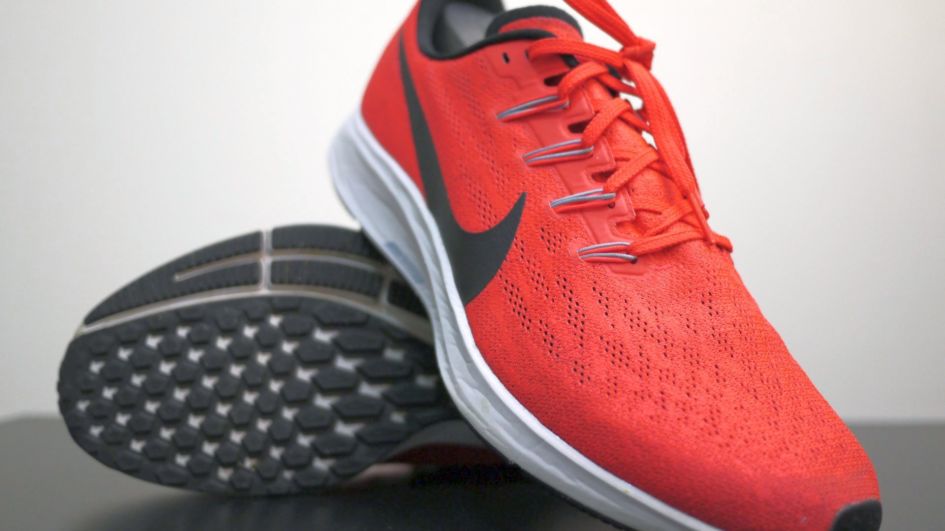 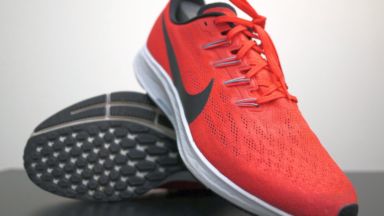 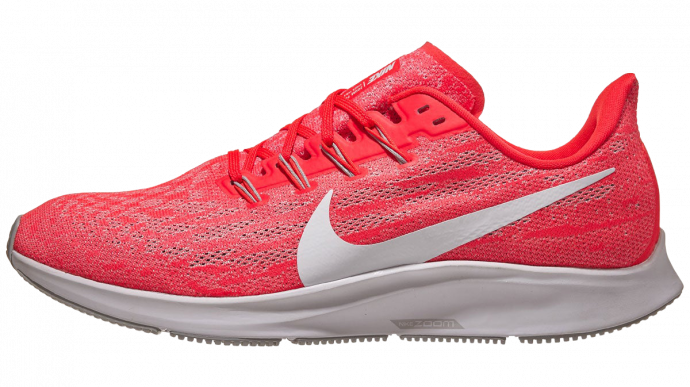 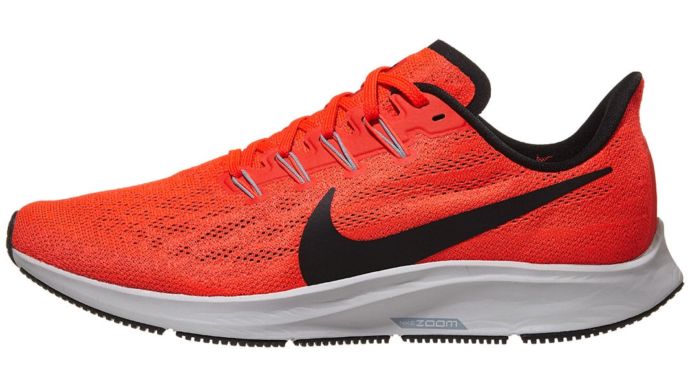 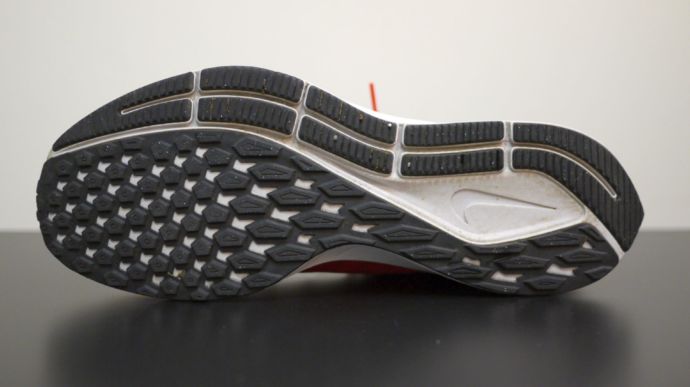 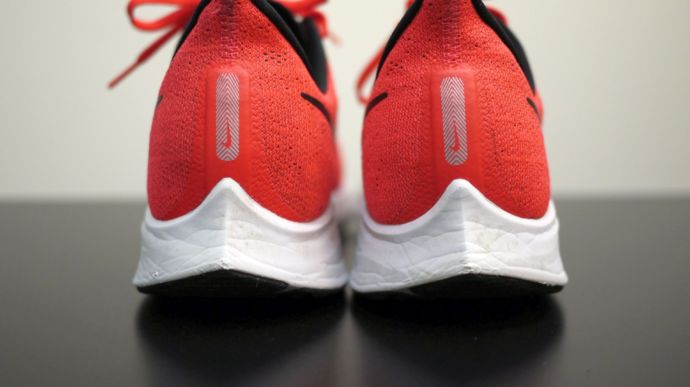 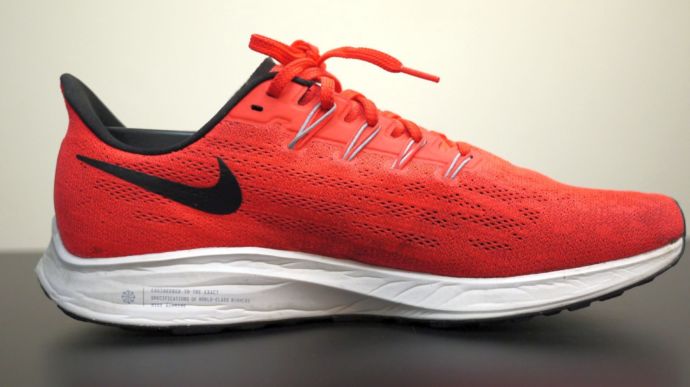 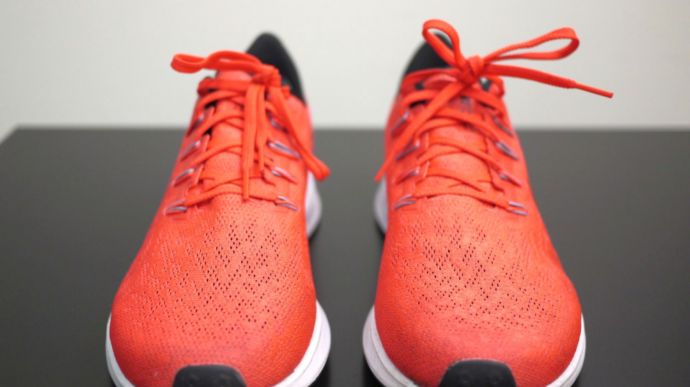 The Nike Air Zoom Pegasus 36s are a proven shoe from Nike that offer a durable, reliable, and well-tested set of features. With a fair price and smart looks, you’re sure to have a good run ahead if you grab a pair.
WHERE TO BUY
LOWEST PRICE
$120
SHOE INFO
Nike
Brand
Zoom Pegasus 36
Model
Cushioning
Type
8.9 oz. (252 gr.)
Weight
120 US$
MSRP
10 mm
Heel Drop
Nike Pegasus
Family
Zoom Pegasus 35
Previous model
WHO IS IT FOR
These shoes are for casual to advanced runners who want a 10mm drop neutral shoe without the most expensive running tech, but a shoe that still has quality construction.
Help me choose

The Nike Air Zoom Pegasus 36 is a relatively simple shoe, designed to please many runners at a reasonable price. It features a neutral platform with a 10mm offset and weighs a slightly speedy 9.9 ounces in men’s size 10.

Similar shoes in this area would be the New Balance 860v9 or the Saucony Ride. All of these shoes are not the at the cutting edge of running shoe tech, but have a great set of features designed for all levels of runners.

The Nike Air Zoom Pegasus 36s are just the only one with an air pouch in the shoe (hence the “Air Zoom” part in the name), but I will be referring to them as the “Nike Pegasus 36s” for most of this review.

Let’s do a quick history check on the Nike Pegasus line. It’s the 36th version right now, so it’s been around for many years, and originated from the idea that shoes should be affordable, durable, and comfortable.

Nike stays close to this since the shoe is well below the high end shoe price points at $180+, the shoe contains a full length rubber outsole and durable upper, and the shoe has been slowly crafted to fit an average foot as best as possible.

The shoe does miss out on high level tech like the Epic React Flyknits, or the crazy carbon fiber soles found in the Zoom VaporFly Elites. The shoe just is there to give you the tried and tested tech that Nike has to offer right now.

The previous version of these shoes weighed exactly the same, so there’s not much of a need to upgrade for weight.

The midsole appears to be nearly identical to the predecessor, along with the general layout of the upper, so styling shouldn’t be a reason to upgrade either.

The biggest changes from the predecessor are mostly in the upper around your heel, where Nike thinned out the tongue, made the heel counter and fabric around it sleeker and made some slight edits to the Flywire attachments.

This can make or break the shoe for diehard Pegasus fans since issues around the ankle can be frustrating.

I’ve loved the Pegasus line of shoes, or maybe I love them so much since I hit 2000+ miles in a pair of the Nike Pegasus 29s.

Since then, I’ve gained this review gig and don’t need to stress test my body like that, but do believe the Nike Pegasus line is generally pretty durable and a good average bet.

I last tested the Nike Pegasus 34s, so the jump to the newer sleeker look was new to me.

Lacing them up was a little tricky as I wanted to make the Flywire setup as comfortable as possible, and it first folded into the shoe around the heel when I put the shoes on.

Minor gripe, but enough that I decided to write it in here. I figured it out at home with these shoes and blasted out a 13 mile run for my first effort in these guys.

Didn’t regret it at all, but made sure to keep them in my rotation over the next 50 miles of testing (and probably hit 100 miles in them by the time I got to this review). I found some subtle things in the shoe during these test miles.

Nike gives the Pegasus line of shoes a strong appearance via the sole. But only recently (Pegasus 35s) have they started to warp this pod/square pattern, especially towards the back of the sole.

They still keep their stripped ‘crash pad’ along the lateral side of the sole though which makes the shoes squeak a bunch on tile/brick.

Their overall similar outsole design to the rest of the Pegasus line will keep all the regular customers of the Pegasus shoe happy, but won’t thrill them much either.

This layout of the sole keeps it pretty darn durable without making it too heavy. Not as much coverage as the Saucony Freedom Iso shoes, or the Fresh Foam line of shoes from New Balance.

Just enough though to keep this shoe pretty durable since you don’t need much rubber below the heel.

The sole is about as good on the track as it is on the roads or treadmill. Also good in the wet, which isn’t something you can say about Nike’s foam outsoles on many of their free and even Vapor Fly shoes.

Within the sole of the Pegasus 36 is “Premium Cushlon foam” and “Zoom Air” in the forefoot and heel. Cushlon foam is a step above Nike’s Phylon (EVA) foam since it has rubber additives to make it lightweight and responsive.

The Zoom Air is actually a low-profile airbag put in the shoe to reduce the weight of the shoe a little and to provide a more cushioned pad to land on.

You won’t notice it in a quick test, but can feel it just below your big toes when stomping down in a forefoot landing. It’s very well done, and feels more like a softer foam than an air mattress.

If you’re looking for more cushion, you should check out Nike shoes with React foam like the Nike Legend React.

Sitting on top of everything is a pretty standard Nike insole with 5mm of padding (as measured by my calipers) and 1/2mm of breathable fabric. Again, like most things in the Pegasus shoe, this is pretty standard.

That’s one thing to consider with these types of 2+mm thick insoles. The squishiness is there for a few hundred miles, and then your foot gradually compresses the foam into a very custom fit for your feet.

That’s why it’s sometimes hard to find a new pair of shoes that fit as well as your old pair of kicks.

Here’s where Nike put their engineering and designers. The outsole, sole, and even part of the upper remained similar compared to the previous version. Most of the shoe changes happen just in the very top of the upper.

But I’ll go over the entire upper for those of you who aren’t looking just to see if the shoe is worth upgrading from the Pegasus 35s.

The entire upper is a simple, almost seamless mesh that wraps from the front to the rear, with only a clipped Nike logo embossed on the side.

This upper mesh isn’t a tight bootie, or super flexible/stretchy fabric like some of the other nike shoes (notably the Motion Flyknit), but is just a durable and simple mesh.

The internal structure of the mesh gets a bit denser around high stress areas of the shoe like edges of the toe and top of the lacing area.

There’s also enough structure to the heel without any bulky overlay/counter to let you slip the shoes on without feeling restricted in the heel.

The thin wrap around the back of the heel features a few stripes of reflective material which is a great thing to see on daily trainers.

The key features to examine on the upper surround the lacing system. Nike kept their Flyknit system on the shoes from the previous model, and tuned a tiny bit of it to have a more “bubbled” support below the laces.

It’s an unbalanced degn where the outer part of your foot has extra fabric to more ergonomically wrap around our ankle as you wear the shoes.

I found this to rub a bit on my ankle since I didn’t position it well on my first few runs, but got the hang of it and enjoyed the asymmetrical design.

Same goes for the little lip at the end of the shoe above the heel, where it feels odd on the first few runs.

But then you get used to the “fading” feeling going up your achilles instead of a strong end to the heel that cuts back into the back of your ankle like most shoes.

One last important note about the upper is the fit. The tongue is less like a tongue, and more like the top of an inner toe wrap.

This type of upper fit system is becoming more and more common in running shoes, where there are basically two layers to the upper.

The first outer layer holds the logos, cool designs, and laces, but doesn’t fully reach across the top of the shoe since it has a gap for the tongue.

There’s then a second layer running behind the lacing system up to the tongue which makes for a much smoother and snugger fit.

This keeps the tongue from wandering around and gives the shoe 2x the fabric and extra durability around the medial and lateral sides of the shoe.

I think this is a good shoe due to the simple upper, comfortable sole, and decent material + construction.

Some people have complained that this shoe is sized tight and is stiff, but my experience with the Pegasus line is that you might need a week of running in them before they fully open up and had the same experience here.

But these aren’t a breaktrhough shoe, partially because they don’t have the newest tech, and mostly because they’re very similar to the Pegasus 35 and have the same MSRP.

So, I bet you’ll likely be happy if you get these shoes, just keep in mind you might be able to save some cash going with last year’s model if you don’t care too much about ergonomic ankle fitting parts.

We purchased a pair of Nike Zoom Pegasus 36 from runningwarehouse using our own money. This did not influence the outcome of this review, written after running more than 50 miles in them.