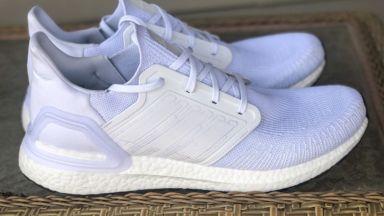 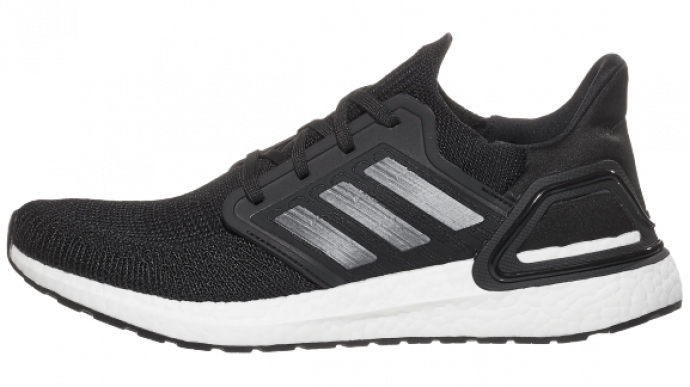 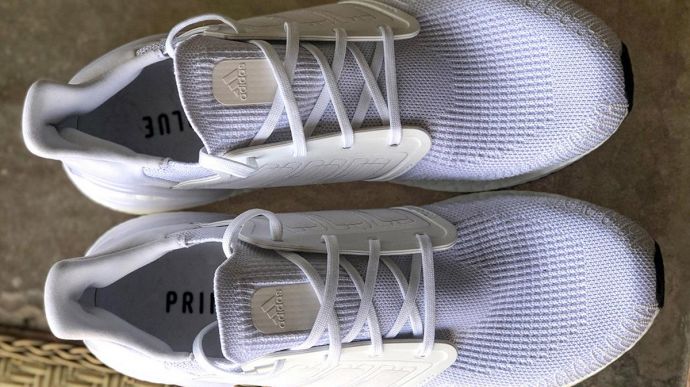 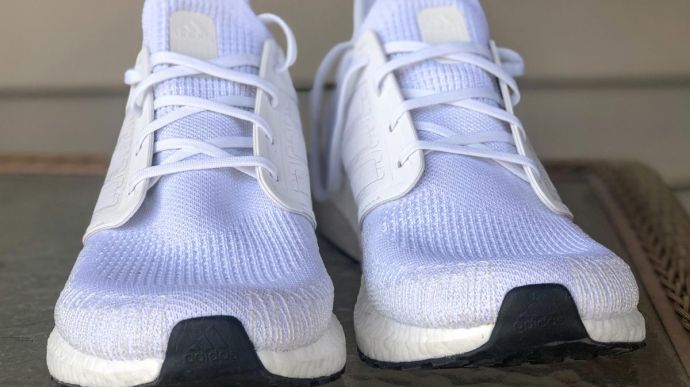 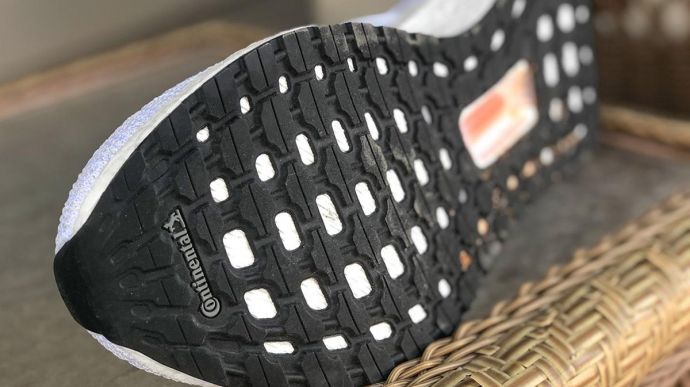 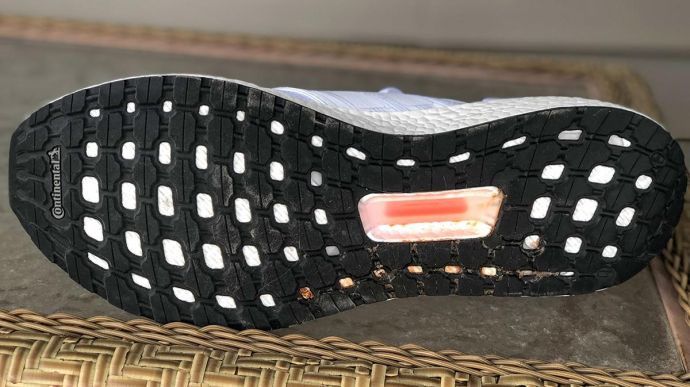 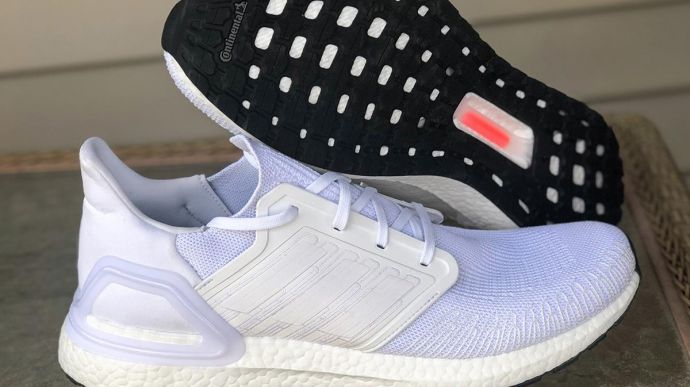 The Adidas Ultra Boost 2020 is a premium running shoe that doesn't fully hit the mark. It's a good training shoe with a premium name and price attached. But for the price, there are better options out there.
WHERE TO BUY
LOWEST PRICE
$65
SHOE INFO
Adidas
Brand
UltraBoost 2020
Model
Cushioning
Type
10 oz. (283 gr.)
Weight
180 US$
MSRP
10 mm
Heel Drop
Adidas UltraBoost
Family
UltraBOOST 19
Previous model
WHO IS IT FOR
This shoe is made for the runner who wants to be seen in it. The name and brand recognition far outweigh the benefits of training in them.
Help me choose

Everyone, runner or not, has heard of the Adidas Ultra Boost running shoe. It is a popular everyday shoe for thousands of people. This is the type of shoe that people recognize on the street, even if they don’t run.

In fact, when I wore them to school, my students recognized them right off. However, Adidas originally designed this shoe as a runner, and put technology into it that would make for a good daily trainer.

They hit that mark, it is a good daily trainer, but they realized the potential they had with the design and popularity of it as a fashion shoe.

In the running world, the Ultra Boost will compete against the likes of the Brooks Glycerin, New Balance 1080, Saucony Triumph and other premium running shoes.

However, those other offerings are roughly $30 cheaper and arguably offer more running technology.

When the shoes arrived I was excited. I had read and heard much about the Ultra Boosts, and I have always wanted to try them. Upon opening the box I was a little disappointed with a white-on-white colorway.

When looking at those available, at least not directly from Adidas, the colorways were al boring. But white shoes get dirty no matter what you do.

Beyond the color, the design and look of the shoe is nice, and it has a very appealing single-piece look.

When I first put them on, they were incredibly comfortable for wearing around the house. When I wore them for a full day at school, they were very comfortable.

Cushioned, but not too soft, and they look great with a work outfit. Upon my first run with them, they were adequate but not exceptional.

The name of the shoe is based off the sole unit, so this is really where Adidas put most of their effort. The Ultra Boost uses an updated Boost foam material under the entire foot.

The material advertises 20% more boost than before. I have never ran in the Ultra Boosts, so I cannot attest to this claim, however, these shoes did show a good amount of energy return during my runs.

Embedded inside the Boost foam a floating torsion spring for an enhanced transition and a noticeable push forward. This spring was very noticeable when I pushed the tempo a little. The snap it gave was nice.

The outsole is the traditional Continental Stretchweb that Adidas uses on the Ultra Boosts. This outsole offers a larger contact area which translates to superior grip.

This was a strong point for the shoes, they never once slipped.

At 27mm under the heel and 17mm under the forefoot, the cushion is responsive, but not substantial for longer runs. One thing I felt as I ran in them was that these shoes were not the best on a surface like crushed gravel.

On my one run on gravel, I felt many of the rocks individually underfoot. And that is not a pleasant experience.

The upper is a one-piece woven sock upper called “Primeknit 360” which completely encompasses the foot, and is tight enough to add some structure and support throughout the foot.

This knit material is very breathable, to the point where winter running was close to uncomfortable. However, on the warmer runs, it was nice.

The upper then uses a Tailored Fibre Placement (TFP) that helps lock in the midfoot and provides support needed through for your stride. From the midfoot the upper transitions to the heel cup.

Adidas uses a 3D frame which does a good job of locking your heel in and makes for a very comfortable ride.

These materials and the design make for a very comfortable shoe which runs true-to-size, to maybe a bit on the small side.

The design of the upper makes for a tighter fit and that does not allow for a lot of toe room, so you might want to go up a half size if you want more room.

The Adidas Ultra Boost 2020 is a decent running shoe. The runs I took in them were all good. However, what it really boiled down to is comparing them to other shoes at that price range.

At $180, what should you expect from a premium trainer?

I would expect great cushioning and energy return, with an upper that is nearly flawless. The Ultra Boost hits most of those boxes, but not to the degree that the host of $150 trainers from competitors do.

If I were buying a pair of premium trainers, I would be going another route.

As some reviewers have said in the past, it seems as though Adidas has realized that the Ultra Boosts are a great fashion shoe and they’ll sell no matter what.

They are wonderful all-day shoes, and I will wear them in that manner. However, I’ll turn to a pair of Glycerins or Triumphs if I need a premium trainer.

We purchased a pair of Adidas UltraBoost 2020 from runningwarehouse using our own money. This did not influence the outcome of this review, written after running more than 50 miles in them.

Visit ShopAmazon.com
This page contains affiliate links. As an Amazon Associate I earn from qualifying purchases.
WHERE TO BUY
LOWEST PRICE
$65
AVAILABLE ON SALE:Previous model $91