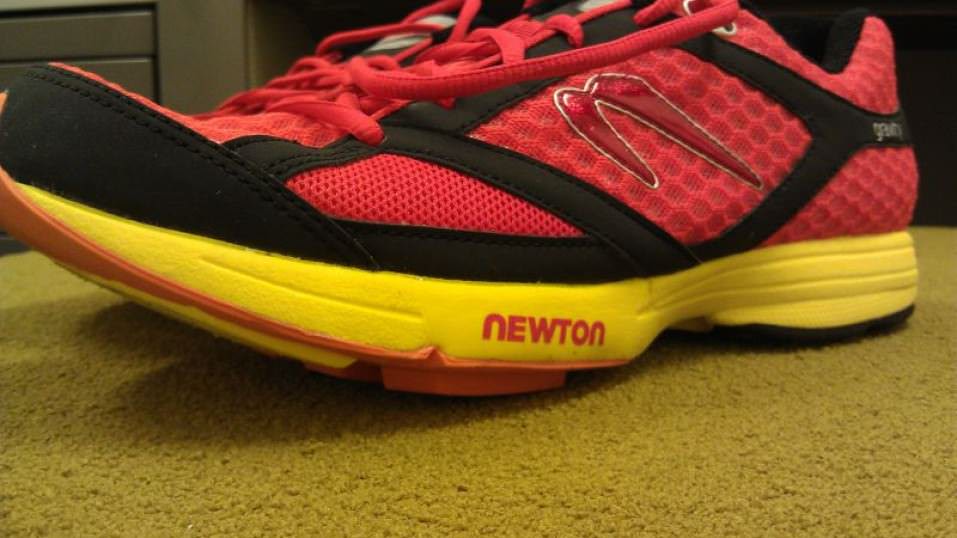 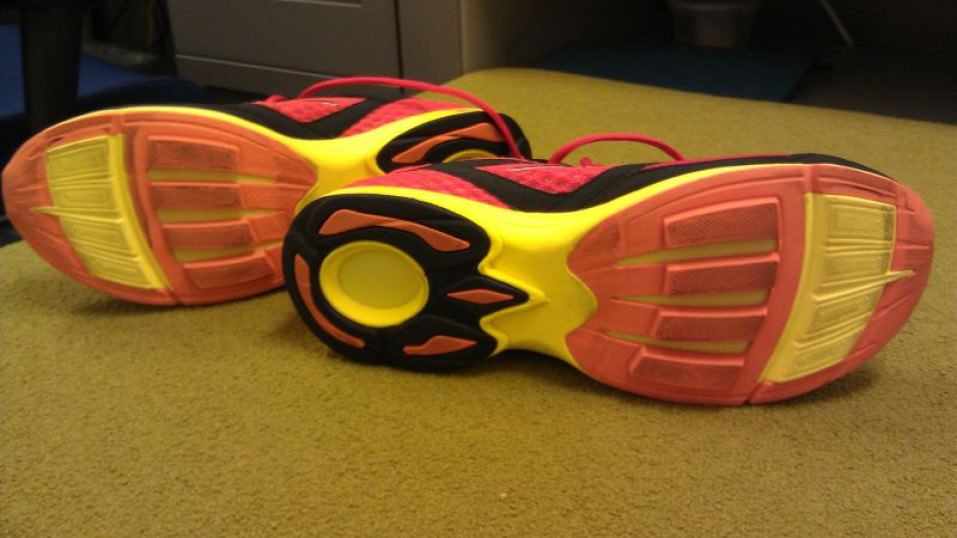 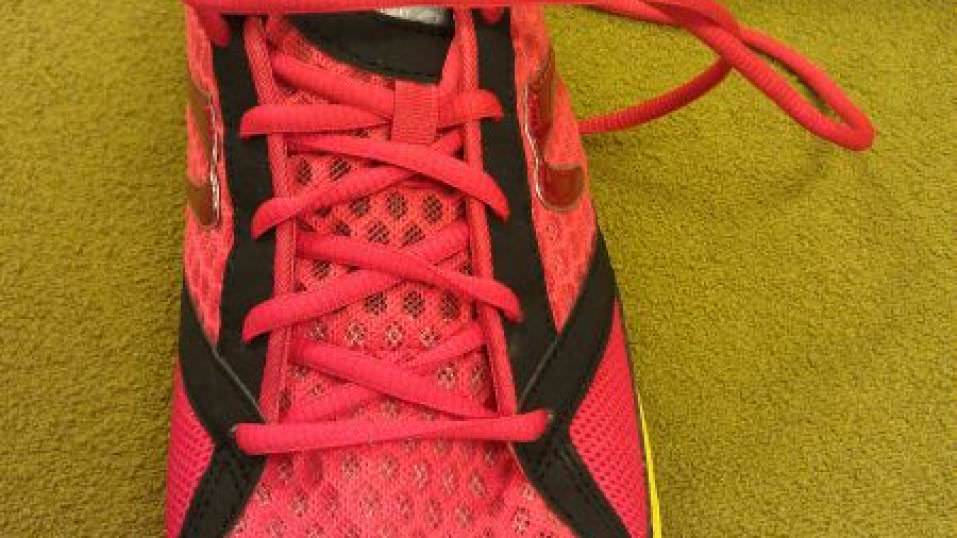 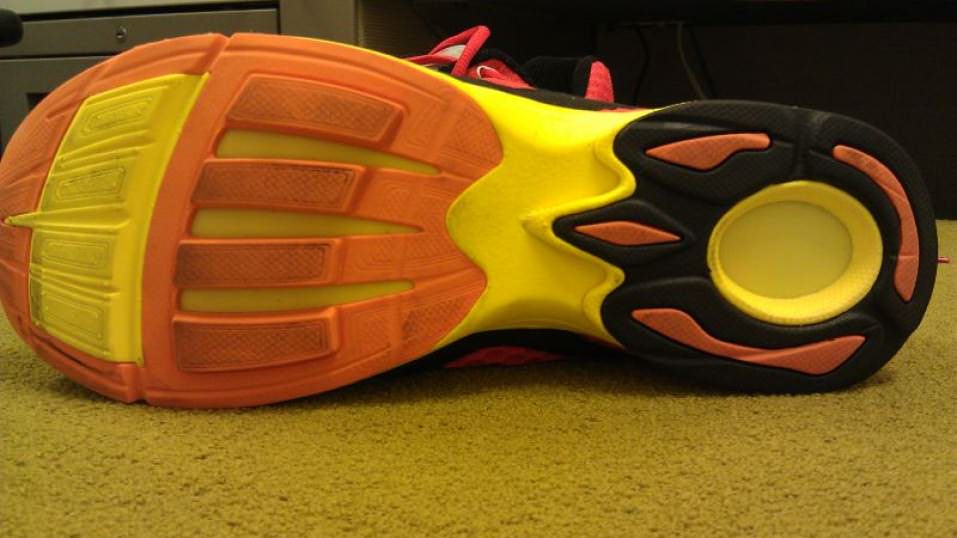 A great neutral offering for those curious to try out one of the most innovative brands in running
WHERE TO BUY
LOWEST PRICE
$99
SHOE INFO
Newton
Brand
Gravity
Model
Lightweight
Type
9.4 oz. (266 gr.)
Weight
175.00 US$
MSRP
WHO IS IT FOR
Neutral runners, midfoot strikers, runners looking to transition to midfoot running
Help me choose

The latest incarnation of the Newton Gravity seeks to accomplish two goals at once—promote midfoot striking while reducing bulk. For a brand that incorporates unique design features as the focal point of its manufacturing, the notion of a lightweight shoe with rubber forefoot actuators seems paradoxical, at best. The Gravity, however, provides an eminently rewarding running experience. With a lightweight upper, a flexible forefoot, and a supportive midsole, the Gravity could well become a force within a market usually left for light, thin, threadbare models. Weighing in at 9.4 ounces, they’re not the absolute lightest shoes in their category, but the fit and function of the shoe doesn’t suffer a bit for their size. Retailing for a bit more than many minimalist runners might be accustomed to, the shoes deliver an experience that can justify the price—resulting in a pleasant midfoot ride that could appeal to people looking to alter their form or reinforce current habits.

I was initially curious to see how the larger midsole and heavy-duty outsole of the Gravity would feel when compared to my usual arsenal of minimalist shoes. I hadn’t run in a shoe with a heel of similar size in at least half a year, so I anticipated a dramatic change in my stride. After a few miles, however, I never experienced the dramatically-different run that I was expecting: the shoes remained light, unobtrusive, and comfortable.

Newton suggests a slow, steady break-in period for the shoes and I am inclined to agree—those who aren’t accustomed to the fit and feel of their brand should take it slow at first. The midfoot lugs can take some getting used to, but like all good teachers, they reward good behavior. When your footstrike is on-target in the midfoot, the lugs respond and promote an affirming spring in your step. I found this to be reassuring as a midfoot runner—when I was on-key, I could feel it. All said, the Gravity was a fun shoe to run in; if I were looking to transition into midfoot running, or wanted more support without too much bulk, I would consider the investment in a pair without much hesitation.

The sole of the Gravity is where the magic happens, and is by far the most distinct component of the shoe. The Action/Reaction technology within the heel and forefoot seek to promote a natural, efficient stride throughout foot turnover. Metatarsal sensor plates, also called “lugs,” reward midfoot striking and help cushion against impact around the ball of the foot. The lugs create a springing feeling when footstrike is direct—promoting a midfoot gait by rewarding you for landing properly. The goal, according to Newton, is to create motor memory of proper form which is accelerated and assisted by the shoe’s lugs. All told, the lugs did help remind me to land on my midfoot—creating a “target” for my gait most of all. For midfoot newbies, this feature will be even more pronounced.

The Gravity features a lightweight upper that protects the foot against moisture or debris, but is still thin enough to reduce shoe weight and promote breathability. The slip-proof laces and minimal support strapping make the upper a nice and obtrusive element of the shoe. The fit is on the narrow side—particularly in the forefoot—so runners who enjoy a surplus of toe room may want to try out a pair thoroughly before committing. With a second toe that is longer than the big toe (known formally as “Morton’s toe,”), I didn’t notice much discomfort. A slightly wider toe box would certainly be welcomed, however. All in all, the upper unit is sturdy, fairly light, and well-designed.

Newton is seeking to revolutionize the way we run, and they may well be onto something. The Gravity is a comfortable neutral trainer that adds a little something extra—the forefoot lugs help promote positive form without getting in the way, while the rest of the shoe promotes natural movement with minimal interference. Despite being radically different in the mid- and outsole, the Gravity feels comfortable and natural. Anyone looking to make a transition to midfoot striking who could use a little guidance and support should consider the Gravity—even if the price tag makes it an investment in future improvements.

Visit ShopRunningWarehouse.Com
Sorry - Product not found. Please try RunningWarehouse.Com to check in their assortment.
This page contains affiliate links. As an Amazon Associate I earn from qualifying purchases.
WHERE TO BUY
LOWEST PRICE
$99