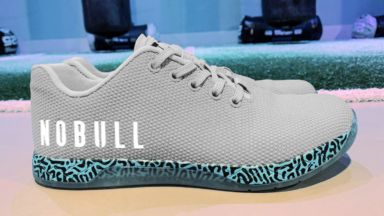 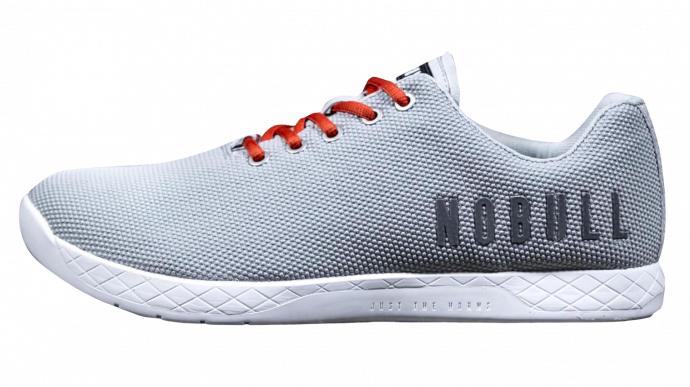 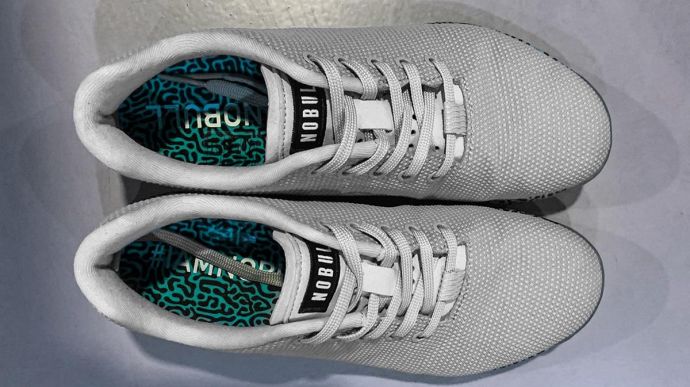 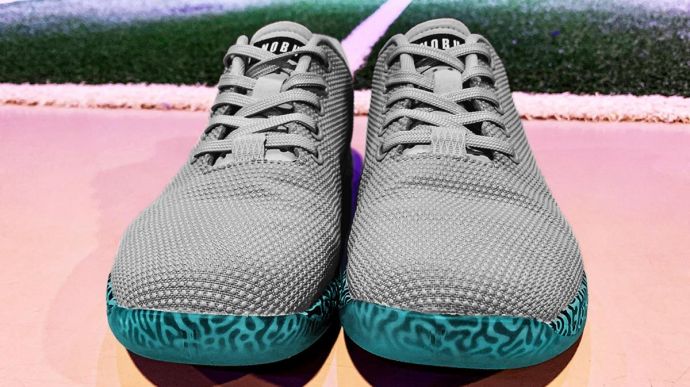 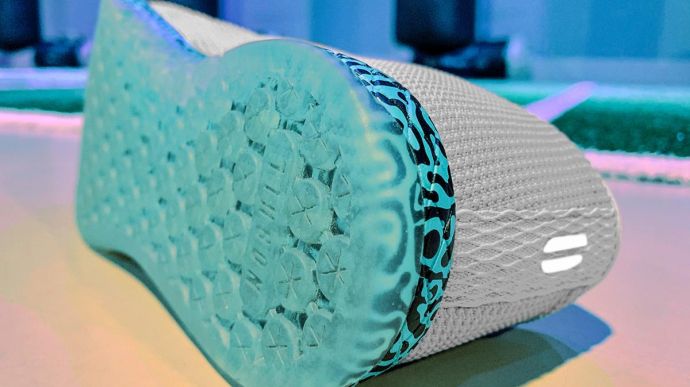 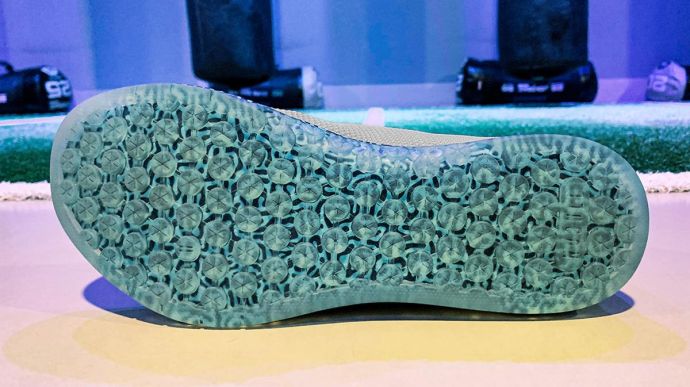 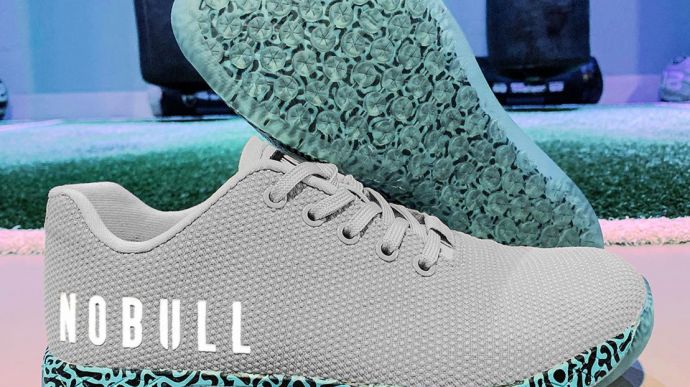 The NoBull Trainer is a no nonsense Crossfit training shoe with a simple design that works.

It's durable upper and flat no-compression sole make it ideal for gym workouts for people who train hard and want a training shoe that can keep up.
WHERE TO BUY
LOWEST PRICE
$130
SHOE INFO
Nobull
Brand
Trainer
Model
Training
Type
10 oz. (283 gr.)
Weight
130 US$
MSRP
10 mm
Heel Drop
WHO IS IT FOR
The NoBull Trainer is for people who participate in Crossfit from beginner level up to competitive athletes.

They’re also suitable for people training in the gym who incorporate any free weights in to their workout, and aren’t looking for a super cushioned shoe for treadmill work.

If you’re currently wearing running shoes for gym workouts that involve training with weights, the NoBull Trainer would be a great shoe for you.
Help me choose

NoBull as a brand was created for “people who train hard and don’t believe in excuses. If you think gimmicks in your shoes make you a better athlete NoBull is not for you” (read- no bullshit!)

This couldn’t summarise the NoBull Trainer better. It’s durable and tough for those hard training sessions, whilst adding on no uneccesary or unwanted extras.

This review will of course draw some comparisons to the Nike Metcon and Reebok Nano Crossfit shoes due to their huge popularity and domination of the Crossfit training shoe market.

The NoBull trainer sits in the same price range as the latest versions of the Metcon and Nano. I’ve been a long standing fan of the Nano and Metcon ranges, but the NoBull Trainer proved to be an excellent challenger.

The NoBull brand was set up by ex-Reebok colleagues Marcus Wilson and Michael Schaeffer in 2014 to provide shoes for Crossfitters that embrace simplicity and don’t take themselves too seriously.

The NoBull Trainer was the first shoe released by the brand, that now includes a range featuring high top versions, as well as lifters, running shoes, slides and some very questionable-looking dress shoes.

The NoBull trainer is designed for Crossfit workouts, including running, climbing, sliding, grinding and lifting- basically anything that a WOD (workout of the day) throws at you.

The main features of a Crossfit training shoe are a low heel to toe drop (ideally 4mm- bang on what the NoBull trainer is), flat, rigid base, and durable upper. So how did the NoBull Trainer fare?

My first impression of the NoBull Trainer was a little underwhelming…

Having never owned a pair of NoBulls before, but having heard great things about them and knowing their popularity in the Crossfit community I was excited to try them. Looks-wise they were pretty plain (i.e. the no gimmicks part).

The same texture, pattern and colour all over, and the shoe felt overall quite heavy and rigid.

On the foot, the feel reminded me of when you’re wearing bowling shoes- very smooth on the inside, flat sole, hard rigid upper and thin tongue kept in place with flat laces.

I struggled to see how the $129 price point was justified with this simple construction.

The fit was true to size, and narrower and slightly shorter than the Reebok Nano or Nike Metcon if this is what you are used to. They were comfortable on the feet, if a little roomy around the midfoot and heel area.

Not a very exciting start, but hold tight. They were a grower…

The outsole contains a uniform lug pattern which flexes well with the foot, which I also found increased in flexibility over time.

The design I had chosen featured a black and blue patterned midsole, with clear outsole overlay.

The outsole colors are where the shoes get most of their visible design features, with many different limited edition versions and designs out there to suit everyone’s preference, from gum, to palm tree, to pixelated.

This outsole is made of a carbon rubber which wraps slightly up the lateral and medial sides of the outsole to protect the softer foam of the midsole from wearing down during rope climbs.

In some colorways this wrap isn’t as visible as the full sole is one colour, and in some such as the version I have it’s two different colors so this can be identified more clearly.

Under foot the sole feel solid and doesn’t compress down when squatting or deadlifting which is the main desired feature, and the main difference you’ll notice if you’re currently working out in running shoes or other training shoes.

The NoBull trainer upper is made from a seamless one piece material, called SuperFabric, which is designed to be extremely durable, breathable and abrasion resistant.

This SuperFabric is a mesh, with tiny rubber textured guards to add to the durability.

Unlike the Nike Metcon and Reebok Nano’s, the NoBull trainer doesn’t have a full extended sole rope wrap extending around the sides of the upper to further protect it, but the rubber pattern protects the upper well from all it will encounter.

The tongue is made of a thin suede, with holes for ventilation. This felt very soft on the foot, causing no problems with rubbing or irritation.

The laces come up quite long which needed to be double knotted.

Two pairs of laces come as standard with the shoes, which is fortunate as the ones I have in there currently which came in the shoe have started to fray slightly from rubbing on the metal holes after a month of wearing.

Due to the simple style of the upper, the midfoot felt quite loose at times, but as I got used to this different style of training shoe it didn’t bother me so much.

The heel counter is rigid for stability and padded at the top. From workouts to runs the shoe didn’t rub at all. The external heel is also reinforced to eliminate wear down from handstand push ups.

The NoBull branding is printed on the side in reflective material which may or may not be a useful feature.

These aren’t the sort of shoes you’d be wearing for late night outdoor runs, but it may come in useful one day, and until then it makes them looks great!

The same shoe also comes in a high top version, if that’s your preference.

The NoBull Trainers come in unisex sizing, so if you’re a female with a narrower foot, or a male with a wider foot you may want to size down or up accordingly.

As the NoBull Trainer is designed to take on a whole host of activities, we tested them against this, and looked at their performance in weightlifting, running and high intensity workouts.

When lifting in the NoBull trainers I had no issues with stability and my feet and ankles felt stable and safe. The foam of the heel didn’t compress or move under added weight and the shoes performed very well in this aspect.

Due to the simple design and simple lacing pattern, I felt like the midfoot was too loose at times so would have liked more support here.

There isn’t as much room in the toebox as other Crossfit training shoes such as the Nike Metcon or Reebok Nanos, which I didn’t find was an issue, but could be if you have a wider foot.

These Trainers are far distant relative of the traditional running shoe, and not designed for long runs.

The outsole felt grippy enough for the outdoors, but the lack of cushioning didn’t feel comfortable anywhere past a 1km run.

Landing on my heel felt hard and slightly uncomfortable after more than a few minutes, and the shoe didn’t feel like it flexed in the right places for running.

For the type of running you’ll do as part of a workout they were more than satisfactory and felt light enough and comfortable.

The NoBull trainers made quite a loud hollow thud on the floor when jumping and skipping, but were thick enough to protect my feet when double-unders didn’t go so well.

The flat, thin sole meant I could feel the floor well enough the feel confident when working out in this way. The simple design was also great on a rowing machine when getting in and out.

When getting sweaty during high intensity training and running, the NoBull Trainers didn’t feel as breathable as I’d hope and my feet got hot quickly.

Price-wise the No Bull Trainer sits at more expensive end of the Crossfit training shoe market, in line with the latest versions of the Reebok Nano (which can often be found cheaper with offers) and the Nike Metcon range.

However if you’re looking for a simple looking version of these training shoes that gets the job done, the NoBull Trainer will do that.

Overall the NoBull Trainers are a great, versatile gym training shoe that will help you to finish that Crossfit workout safely and comfortably. Their no-nonsense approach to design works, and works well.

A solid all rounder and I’m excited to see where this brand goes in the future. Their simple design won me over when it came to performance, and the strong brand messaging of ‘NoBull’ really resonated.

Will I be throwing away my Nanos and Metcons and swearing only by NoBull Trainers in the future? No.

Do I think NoBull trainers are a great Crossfit training shoe and worth a try? Yes

Will I be adding them to a rotation of other training shoes? Absolutely!

We purchased a pair of Nobull Trainer using our own money. This did not influence the outcome of this review, written after running more than 50 miles in them.