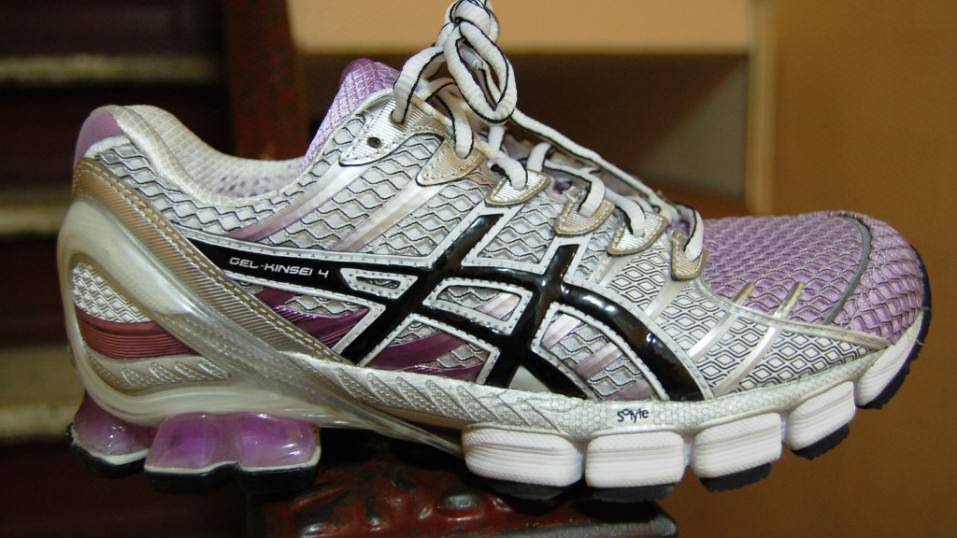 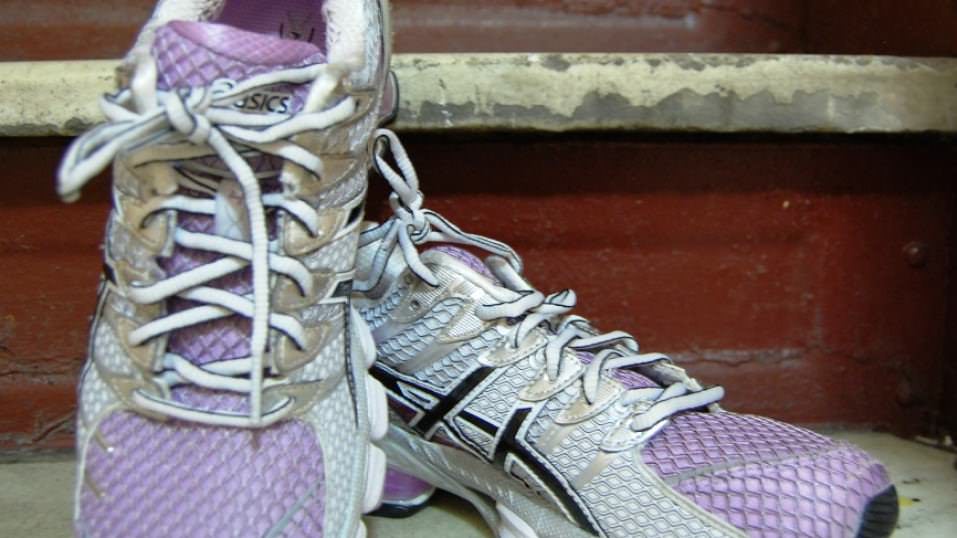 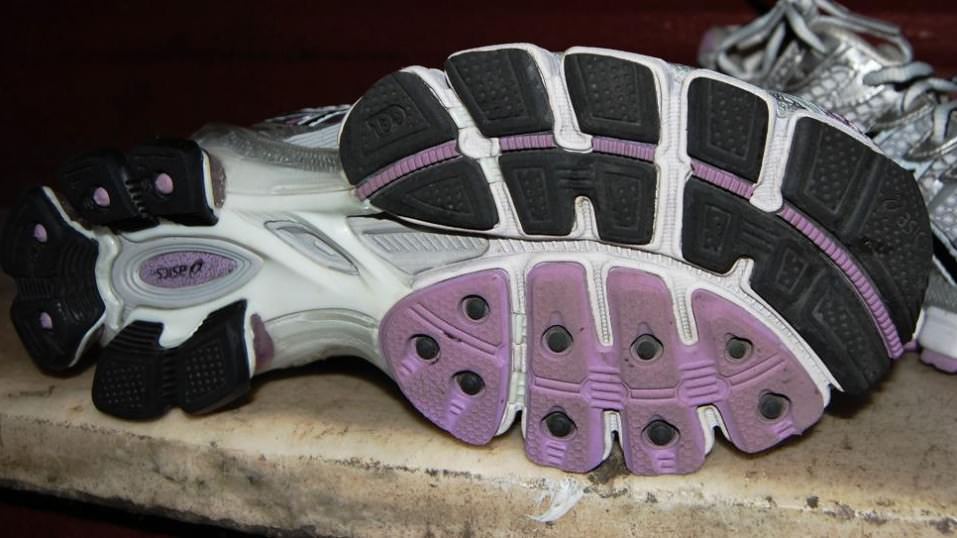 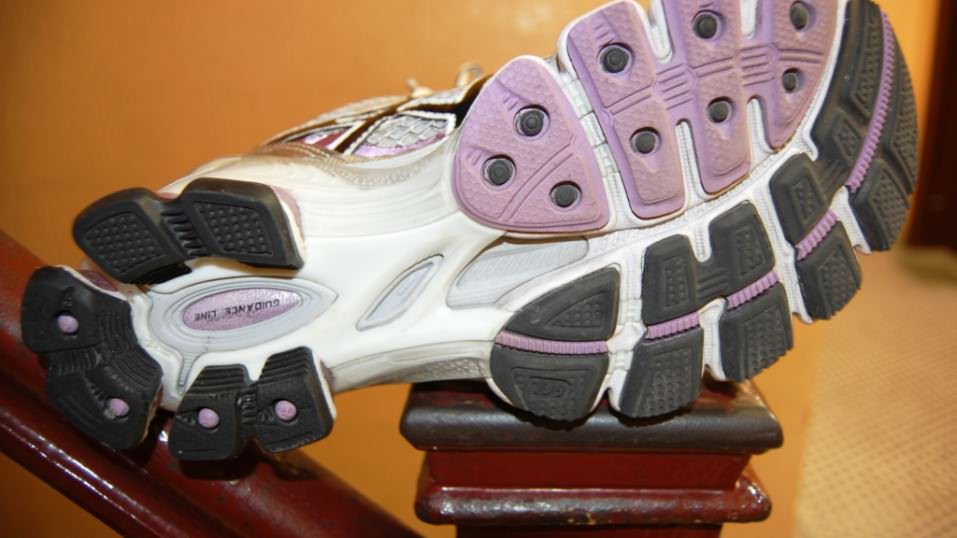 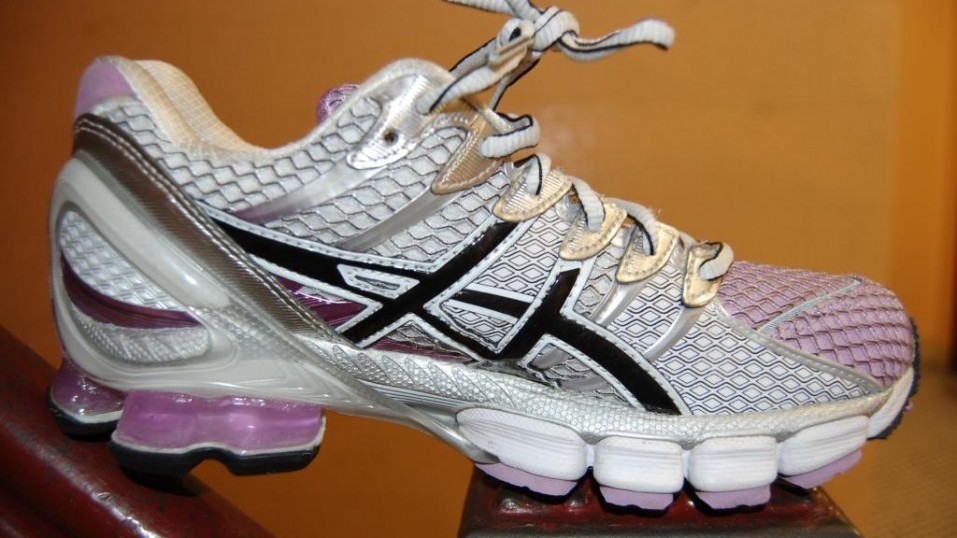 While the Kinsei 4’s may be a great choice for runners who don’t mind spending a bit more on their shoes, they just aren’t the ideal shoes for me. They’ll stay in my rotation for short runs when my legs are feeling like they could use a little break, but weren’t the breakthrough shoe I was hoping for.
WHERE TO BUY
LOWEST PRICE
$185
SHOE INFO
Asics
Brand
Gel Kinsei 4
Model
Cushioning
Type
11.9 oz. (337 gr.)
Weight
185 US$
MSRP
WHO IS IT FOR
Runners looking for a high-end and highly supportive neutral shoe.
Help me choose

As a follow-up to the popular Kinsei 3, the Kinsei 4 has quite a lot to live up to, and fans of the line will not be disappointed. The Kinsei 4 builds up on the technology found in the Kinsei 3 in a more flexible, lighter package.

Asics uses the Kinsei line to introduce their latest technologies, resulting in a shoe that has an incredibly long list of features, with no element overlooked. With all of the features and add-ons packed in, the Kinsei weighs in a little heavier than the average neutral shoe, though this is something that Asics is working to improve. For the Kinsei 4, Asics managed to shave roughly one ounce off of the overall weight, which is a noticeable advantage over previous models, and adds to the overall performance. In all, the Kinsei 4 is best suited for runners that prefer a cushioned, supportive shoe and who don’t mind a little extra heft.

Having heard quite a bit about the Kinsei line, I was eager to give the latest model a try. So eager, in fact, that I pulled them on as soon as they arrived, in the middle of my office. The fit and feel of the Kinsei 4 is fantastic; I felt like the upper hugged my foot just right and my arches felt secure and supportive from the start. After using Asics exclusively for about a year when I began running, I was expecting a solid fit, and I was impressed right away with the fit of the Kinsei 4.

Given my experience with Asics in the past, I decided to take them out for their first test run the next morning, a five-mile route along Central Park’s main loop. My initial impression of the Kinsei 4 was great — they have a smooth ride with plenty of cushioning throughout. While they didn’t have that speedy feeling I’ve grown accustomed to in my daily trainers, my overall comfort over those first few miles made up for it. After about four miles, however, the extra weight (as compared to the other shoes in my rotation) began to show.

Chalking it up to tired legs, I decided to give them another try following a rest day. Unfortunately, the weight of the shoe caught up to me again, and I felt likey were dragging me down on my tempo run. While runners accustomed to slightly heavier shoes won’t notice a difference, those who are used to running in shoes under the 10-ounce mark may have some issues with the weight on long or tempo runs. The Kinsei 4, however, could also be a great option for short recovery runs, when the best parts of the shoe can shine.

The most noticeable element of the sole unit is the discrete Asics GEL Cushioning System in the heel, intended to provide ample protection and comfort for heel strikers. The rear of the sole unit is also helps create a smooth transition through the stride. In fact, the Kinsei 4 provides an incredibly smooth ride, especially when considering the overall rigidity of the sole. Gel cushioning is also on the forefoot.

The sole of the Kinsei 4 also features their Guidance Line: a deeply carved longitudinal (from heel to toe) groove that promotes the right gait by guiding the foot trhoughout its natural center of gravity . Adding to the flexibility of the sole unit is a lower midsole and a new modular pod design in the front of the sole, which consists of rows of small boxes with deep grooves between. These grooves make the forefoot more flexible and at the same time help shedding weight.

While more flexible than in previous incarnations, the sole still provides ample protection from the road and heel strikers need not worry about the Kinsei 4 not providing enough shock absorption.

One of the major changes to the Kinsei 4 can be found in the shoe’s upper. While the Kinsei 3 used a multiple-layer design, the updated version features mesh construction and is a major element of the shoe’s one ounce drop in weight and added flexibility. This added flexibility, paired with a slightly off-centered lacing, makes for a more natural ride and also reduces the risk of chafing and blisters on the top of the foot. Longtime fans of Asics shoes will also notice a wider toe box, also adding to the overall flexibility of the shoe.

As in previous incarnations, the mesh overlay consists of Cuprothermo, a type of mesh which is designed to add to the shoe’s temperature control. Testing the shoe in both the final weeks of summer and the initial chilly weeks of fall in New York, I found that the Kinsei 4 performed well in both cases, keeping my feet cool on warm days in the early fall and holding onto warmth when the weather got colder.

Another distinctive element of the upper is the Clutch Collar, an outer heel counter designed to reduce heel slippage. While I was initially a little wary about this part of the shoe, it actually turned out to be one of my favorite features. Holding the shoe securely across the back of my foot, it added some stability and to the overall feeling of security of the shoe.

Overall, the upper on the Kinsei 4 is great: it’s flexible, manages temperature and moisture well, and wraps the foot nicely without interfering with movement.

The Kinsei 4 is a shoe packed with technology, and clearly Asics hasn’t left any element of shoe to chance. The result is a shoe that continues to morph as the line progresses, and is definitely for a runner looking for something that spares no expense.

An important consideration about the Kinsei 4 is the price. Coming in at nearly twice the price of some of the most popular shoes on the market today, most runners will expect a superior ride and amazing performance out of the shoe.

Runners seeking a neutral shoe with a little extra support and cushioning could definitely benefit from the Kinsei, but for those looking for something a bit more pared down and lighter, this wouldn’t be the best choice of shoe.

We thank the great people at Asics for sending us a pair of GEL Kinsei 4 for testing. This did not influence our review of the shoe, written after riding more than 50 miles in it