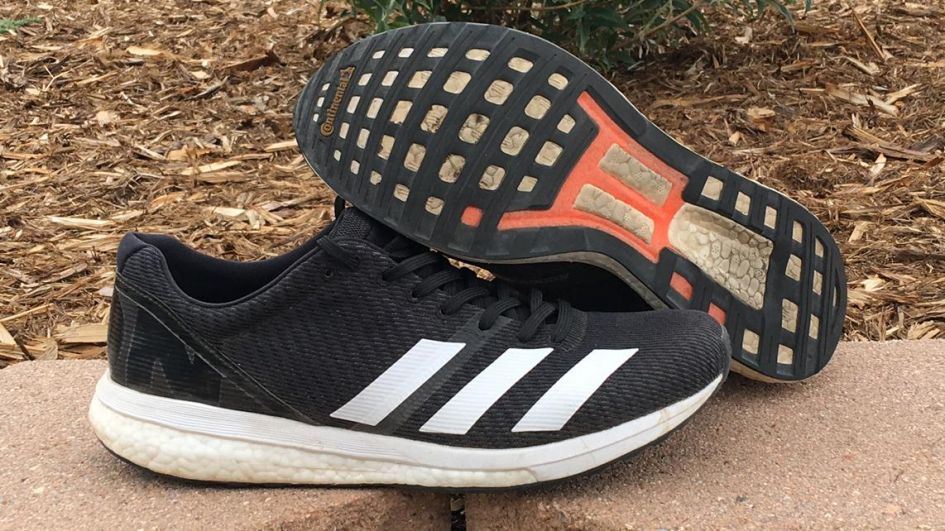 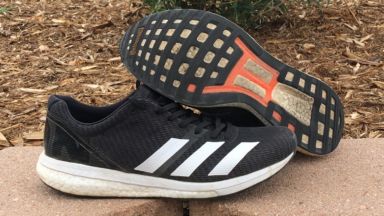 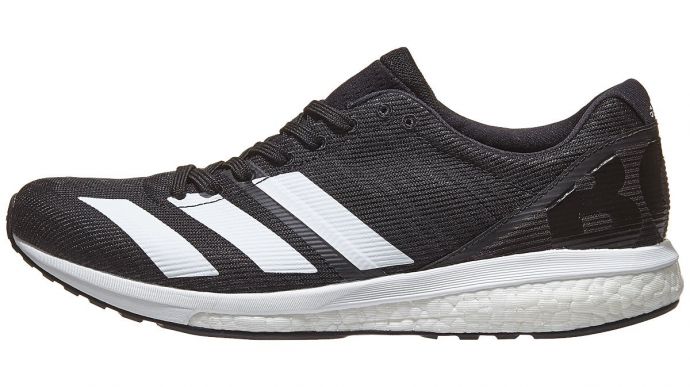 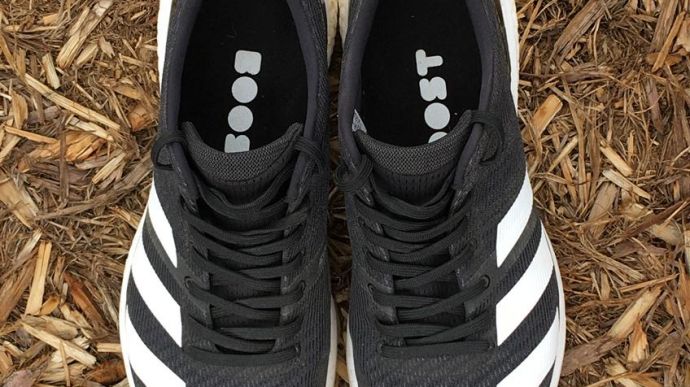 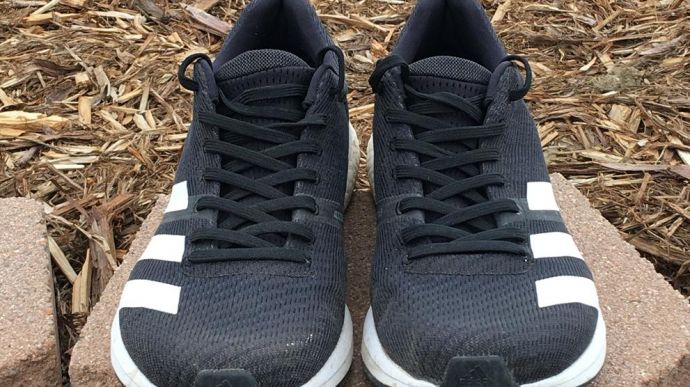 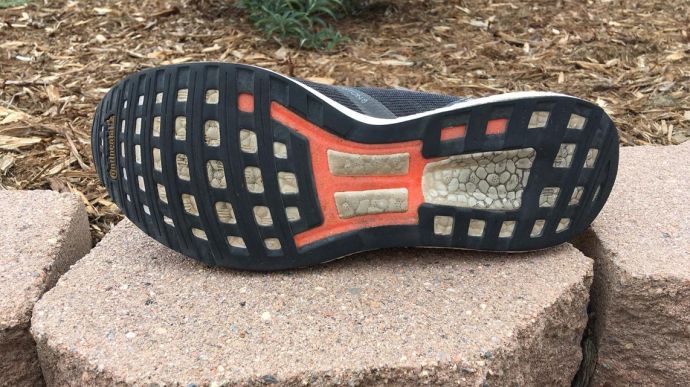 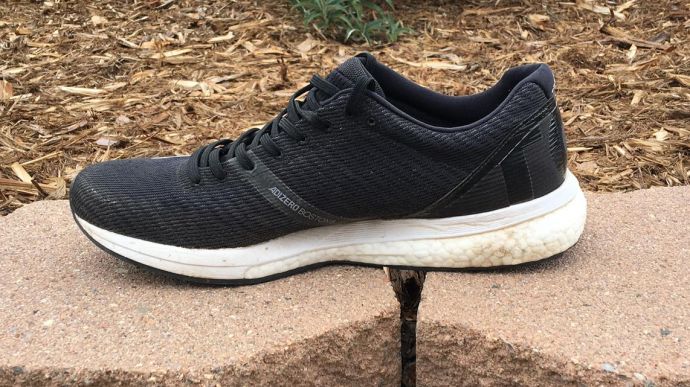 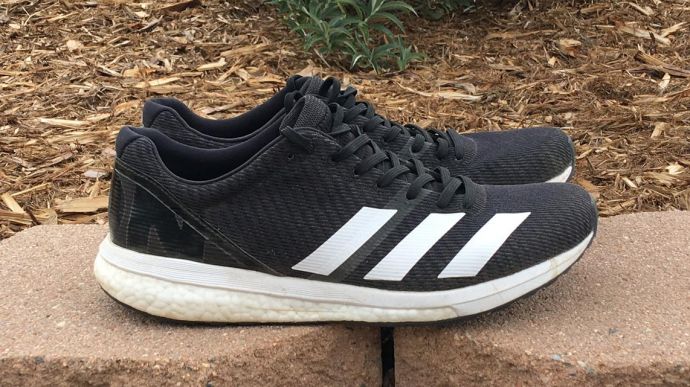 The Boston 8 is a solid racing, up-tempo, or daily training shoe with a superb fit and faster smooth transition for those runners needing a little extra stability during races especially marathons.
WHERE TO BUY
LOWEST PRICE
$69
SHOE INFO
Adidas
Brand
Adizero Boston 8
Model
Racing
Type
9 oz. (255 gr.)
Weight
120 US$
MSRP
10 mm
Heel Drop
WHO IS IT FOR
Runners who are looking for a fast, up-tempo racing, or training, shoe with mild support.
Help me choose

The Boston 8 is the update to one of Adidas intermediate running shoes that allows runners to run in one shoe at all paces.

The shoe offers a mix of firmness and cushioning making it ideal for workouts ranging from easy runs to long tempo workouts. The Boston 8 features a redesigned upper giving it a sleeker faster looking appearance.

Retooling to the midsole adds responsiveness and a smoother ride to the Boston and the continental rubber outsole delivers solid traction.

I was a big fan of the Boston 7 and it has been a stable shoe in my line-up for the past year. I was really excited to get my hands on the 8 to see what changes were in store.

I was relieved to see that many of the changes were subtle and that the shoe had taken on a much sleeker appearance.

Initially putting the shoes on I was excited to find the toebox was slightly wider than before and the fit was a bit more relaxed. However, after my first run I wasn’t sure that the improvements were much more than cosmetic.

It took a few outings and some bouncing between the 8 and 7 to figure things out. After that differences really started to show.

The Boston still has a magical blend of firmness and cushioning that make it a forgiving shoe, but the subtle updates have helped elevate the feel and ride.

The Boston 8 continues to use the same boost technology that runs from the heel through the midsole. Finishing the midsole off is a layer of firmer EVA that sits on top of the boost layer.

The boost is thicker at the rear of the shoe, up from 26 mm to 29mm, and tapers just past midfoot into the forefoot. The heel is slightly firmer but transitions very smooth.

The ratio of firmness to cushion is still spot on and the 8 works well for daily training but didn’t leave me feeling beat up after a longer 12-16 mile run.

Adidas has again tweaked the torsion system to improve stability. This system is very similar to the 7 with a slight change in its layout making it wider and longer. This also allows for a bit more boost in the center.

The tweak has given the 8 a bit more stability medially and transferred some energy to the toe adding a bit of snap that was lacking in the 7.

While subtle these tweaks have improved the transition of the shoe which wasn’t bad to begin with but now smoother with a bit of added power through toe off that it was missing before.

The Stretchweb Continental rubber outsole is very much similar to the 7. The materials are the same but the pattering on the 8 is different.

The amount of coverage seems to be the same with bit more added in the midfoot to accommodate the widening of the torsion system and to keep stability consistent.

The front of the shoe has a different orientation with the 8 having a more horizontal orientation than a vertical found in the 7.

Adidas may have done this to help with the flow of the shoe, but I have not found it to affect the feel. The outsole is still incredibly durable and grips well on wet, dry, pavement, and gravel.

I honestly still feel that the rest of the shoe will break down long before this outsole does.

What would an update be without changes in the upper and there are a few with the 8. The upper is a bit more simplified with a new engineered mesh material. The new material feels thicker than the 7 but still breathes well.

The 8 has brought all the reinforcements internally with only the three-band welded overlay visible at the front. The shoe continues to have great lock down but does feel a bit more relaxed than the 7’s.

The last is also a bit wider making the forefoot more accommodating without sacrificing the slender fast feel. The heel cup felt very similar in terms of fit with a perfect lock down.

The only change is the lack of reflective elements and the addition of the shiny posh BOS-TON lettering across the back.

Fans of the 7 are going to love the 8. I will admit that initially I was skeptical about the changes. However, as time went on and the miles racked up the more I began to appreciate them.

Adidas again has done the right thing by keeping things simple and making effective minor changes to a great shoe.

Runners will find a slightly relaxed fit that slides into a smoother ride with a bit of pop at the end making the Boston better at faster paces than before.

The Boston continues its lineage as a classic running shoe for the neutral runner;

Its construction, durability, and cushioning make it a solid daily trainer, but its faster feel also lends it a great racing shoe from 10k and especially up to the marathon distance.

We purchased a pair of Adidas Adizero Boston 8 from runningwarehouse using our own money. This did not influence the outcome of this review, written after running more than 50 miles in them.

Visit ShopRoadRunnerSports
This page contains affiliate links. As an Amazon Associate I earn from qualifying purchases.
WHERE TO BUY
LOWEST PRICE
$69