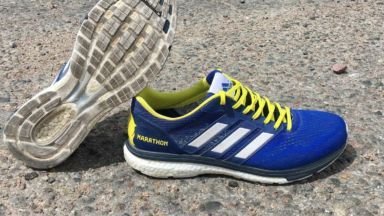 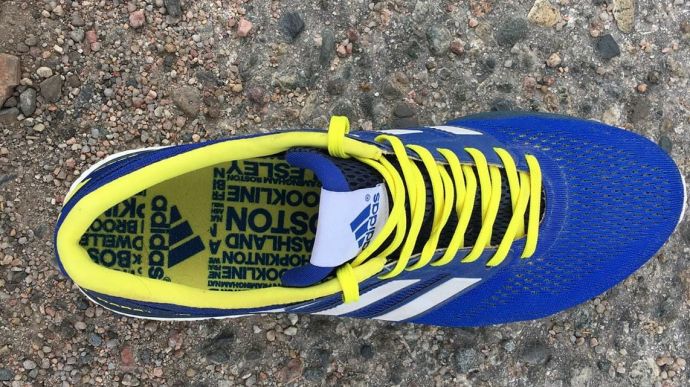 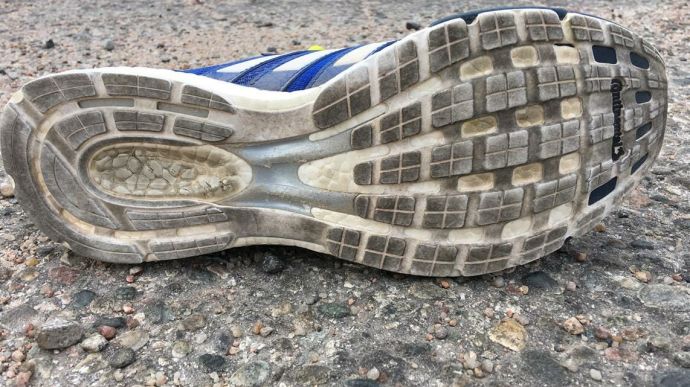 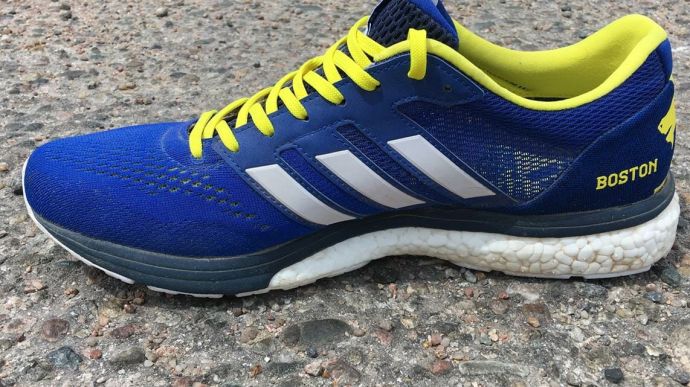 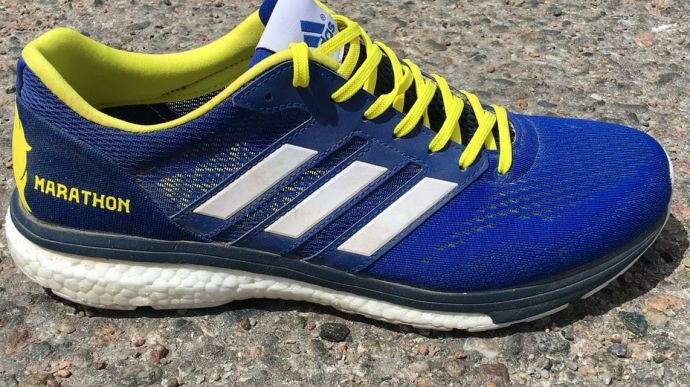 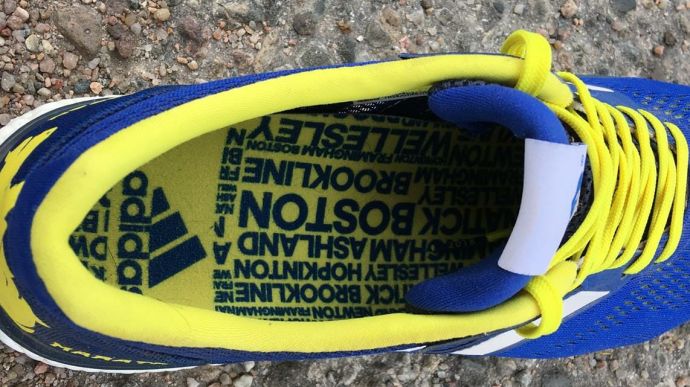 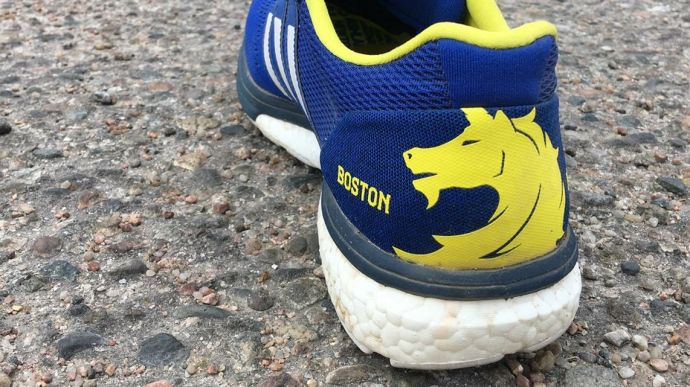 The Boston 7 is a solid racing or up-tempo training shoe with a superb fit and faster transition, smooth for those runners needing a little extra stability during races especially marathons.
WHERE TO BUY
LOWEST PRICE
$149
SHOE INFO
Adidas
Brand
Adizero Boston 7
Model
Racing
Type
8.60 oz. (244 gr.)
Weight
120 US$
MSRP
10 mm
Heel Drop
Apr / 2018
Release Date
Adizero Boston 6
Previous model
WHO IS IT FOR
Runners who are looking for a fast, up-tempo racing, or training, shoe with mild support.
Help me choose

As a former Boston finisher anytime I hear the words I instantly reminisce rounding onto Boylston Street on my way to the most memorable and unbelievable finishes of my life.

That said for myself a shoe bearing the name of one of the most iconic marathons should have the same amazing qualities that would not only carry a runner successfully through the race from start to finish, but also help prepare for the big day.

The New Boston 7 delivers an iconic design from the classic yellow and blue coloring and unicorn logo adoring the heel.

Aside from its impressive appearance the performance is equally matched and has a lot of the qualities you would expect from a performance trainer/racing shoe.

I have not run in the Boston since the 2nd version so It was impressive to see and feel how the shoe has evolved. I was impressed with the snug fit of the new upper and reliable cushioning that the 7 provided.

The updated Boston 7 takes its inspiration from the Adios leaning it slightly closer to the popular racing flat and farther from the Glide Boost where it use to fall in the middle of the two.

The updated Boston features a sleeker upper with a snug fit and enhanced midsole that claims to improve stability.

The Boston 7 continues to use the same boost technology that runs from the heel through the midsole. Finishing the midsole off is a layer of firmer EVA that sits on top of the boost layer.

Adidas has also claimed to have tweaked the Symmetrical Energy Rail to improve stability. When I compared the rail to version 6 the changes were not visibly noticeable and having not ran in the previous version I can’t really comment on its performance either.

The shoe has a smooth quick transition but lacks some pop that I would expect from a performance shoe. The Boost without a doubt provides some power but dropped out when I would get ready to toe off.

This may or may not be an issue for some runners but is most certainly for me. The midsole is slightly softer that what I would have expected particularly at slower speeds which may be beneficial to those runners that land more on their heel.

Stretchweb Continental rubber outsole is very much the same as the last version, and for good reason. The outsole is incredibly durable but is stable and grips well.

I have worn the Boston 7 on pavement, rocky/ gravel paths in both wet and dry conditions and have never found traction to be an issue. I really feel that the rest of the shoe will break down long before this outsole does.

The 7 features Adidas lightest engineered mesh on the forefoot, which allows for maximum breath-ability while maintaining support. Light mesh was used in the quarter and heel which has helped to reduce the shoes weight.

Additionally, Adidas gleaned data from ARAMI’s motion capture testing to engineer the tongue and heel. All this packaged together creates a superbly fitting, and highly breathable upper.

The shoe fits closer to that of the Adios wrapping the foot like a glove. Some runners have noted that the heel felt a bit sloppy.

I have not had issues and found it to be sculpted just enough to lock my heel without pressure or irritation. The upper was pleasantly plush despite its minimalist appearance and comfortable to wear.

Adidas did the right thing by keeping things simple and made effective minor changes to a great shoe. I really liked this version of the Boston.

The shoe feels good at slow speeds and even though it lacks the pop off the forefoot that I like it still feels and transitions well at faster paces.

I initially also had some reservations about the longevity of the shoe and if it could endure a full training cycle, but after many runs at varying distances I was way off. I have logged about 100 miles so far with little signs of wear.

I would recommend this shoe to anyone seeking a solid racing shoe with greater cushioning than a traditional racing flat and provides mild overpronation control while delivering a smooth ride on short and long runs for daily training.

We purchased a pair of Adidas Adizero Boston 7 from runningwarehouse using our own money. This did not influence the outcome of this review, written after running more than 50 miles in them.

Visit ShopAmazon.com
This page contains affiliate links. As an Amazon Associate I earn from qualifying purchases.
WHERE TO BUY
LOWEST PRICE
$149
AVAILABLE ON SALE:Previous model $85