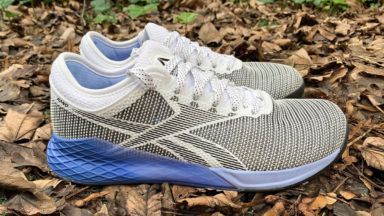 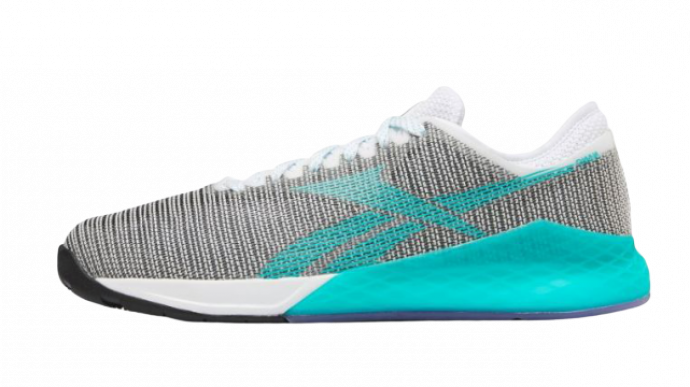 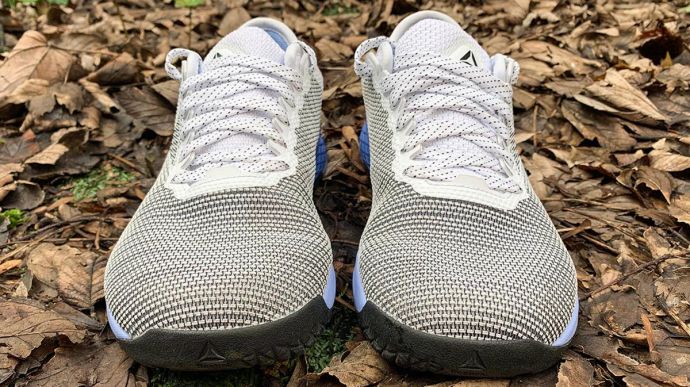 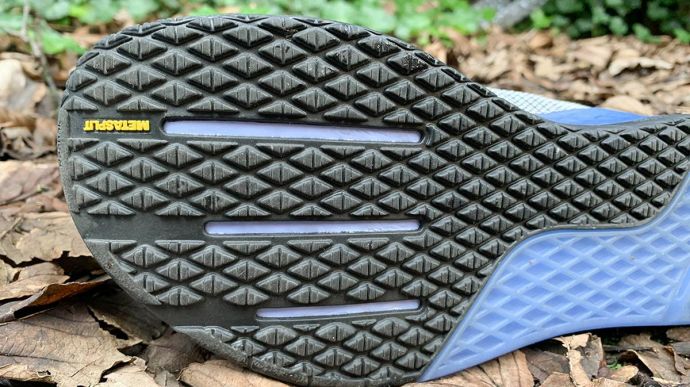 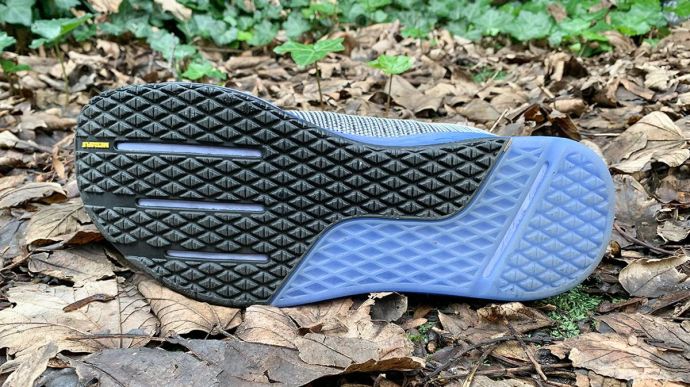 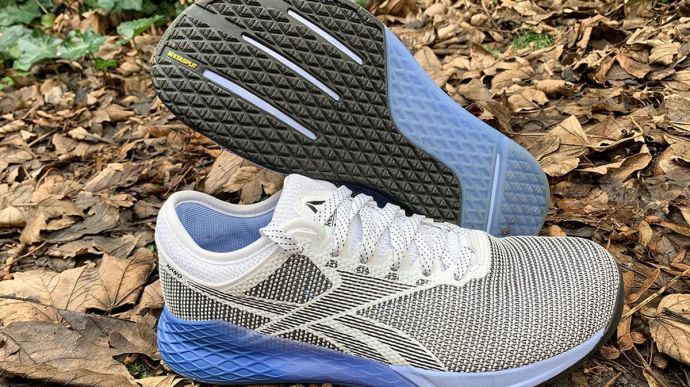 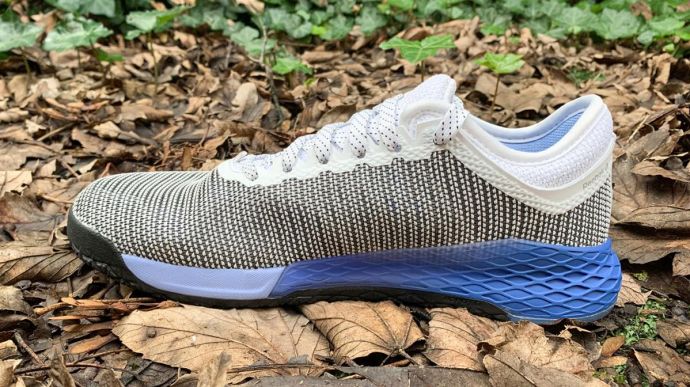 The Reebok Nano 9 is one of, if not THE best training shoe I've worn. It performed across a whole range of activities I threw at it and was my go to training shoe when I had a choice. It's a real jack of all trades when it comes to training.
WHERE TO BUY
LOWEST PRICE
$72
SHOE INFO
Reebok
Brand
Nano 9
Model
Training
Type
12.8 oz. (363 gr.)
Weight
130 US$
MSRP
4 mm
Heel Drop
WHO IS IT FOR
The Nano 9 is for the gym goer who likes to do everything. So far I have used it over the course of a month, for a mixture of met-con workouts, Olympic lifting and high intensity interval training classes and found few faults.
Help me choose

The Reebok Nano 9 is a specially designed training shoe, aimed predominantly at Crossfitters and people who train using a variety of modalities.

In 2011, Reebok became the official provider of Crossfit apparel and footwear, and bought out the first of their Nano range.

This 10-year contract including sponsorship of the Crossfit games comes to an end in 2020 and may end the official Crossfit branding on the Nano 9.

The Nano’s key characteristics include a wide toe box and low heel drop for stability when lifting heavy weights.

This 9th generation of the shoe is as popular as ever and has seen minor tweaks to improve on the Nano 8.

Price-wise, its at the higher end of training shoes, but in line with its only real competitor the Nike Metcon 5.

What makes the Nano’s more expensive and more suitable for high impact workouts than a traditional training shoe, is the technology involved to make them so durable and stable yet comfortable.

When taking the Nano 9 out of the box, I immediately noticed the similarities to previous Nano models: the flex weave upper, the rope pro sole wrap, flat and wide toe box, the list goes on.

In fact, the only major difference I could see from the Nano 8 was the change in Reebok branding on the side from their fitness inspired ‘Delta’ logo, back to their original.

Now somewhat retro logo. This Delta logo can now be found smaller and on the tongue. Could this be a sign the Nano 9 is to be seen as more of a lifestyle shoe too?

In my hand the shoe felt quite ‘plastic-y’ and rigid due to the upper weave, and also the extended sole wrap, however, I could tell these would stand up to some serious beatings in the gym.

When I put them on, I immediately noticed how large they were compared to other training shoes and running shoes I have.

For clarification, I am usually a women’s UK 6.5/ EU 40/ USA 8.5, regular width in shoes, and normally go half a size larger in running and training shoes. I ordered in EU 40.5 in the Nano 9s and they were HUGE.

This first pair was sent back and I reordered in an EU 39, which are still on the roomy side but fit much better and I feel are the correct size.

Nano’s tend to be synonymous with the wide toe box, allowing toes to splay fully and grip when performing squats and deadlifts for example.

If you are used to training in a more traditional running-style shoe, this will take some getting used to in the beginning, but stick with it and it becomes comfortable.

It took me some time during my first workout in these to get the fit right. They felt very loose at the front, and when tightening the laces, it felt too tight across the top of my foot.

After a few attempts and adjusting the laces, I found a comfortable fit, and this has remained in place after several workouts.

This is where the shoe differs from other types of training shoes. The predominant feature on the Nano 9 sole is the Ropepro midsole wrap, which has been extended compared to the Nano 8.

This wraps all the way around the heel to the midsole to protect the shoe from tough climbs, and also aid the grip to get you to the top of a rope safely and quickly.

The new midsole also features a new foam, with a firmer rearfoot, and softer forefoot.

The outsole is now in 2, differently colored tough rubber pieces, which has increased flexibility since previous models. There is little tread on the outsole, making it very much an indoor shoe.

Also improved since previous Nano models is the added midsole cushion for a little more cushioning on short runs, making it a good all-around training shoe, whether for Crossfit, or HIIT classes.

There are 3 Metasplit grooves on the outsole, which also feature in other Reebok models to support toe splay and enhance stability.

The heel drop from heel to the forefoot is 4mm, which is ideal for a training shoe, offering a little elevation on the heel to assist with lifting, but not enough to make it feel unnatural or hinder plyometric training.

The Nano 9 is really not a shoe I’d wear, or recommend for outdoor use, especially on wet surfaces. A quick run around the block, ok, fine, but be very careful of slipping if it starts to rain even a little.

The lack of tread, however, is a purposeful design feature, as if there was more tread, then the sole unit wouldn’t be as stable when lifting, so good example of not being able to have your cake and eat it.

The upper is predominantly made of Reebok’s Flexweave material. This feels much like a plastic overlay on the shoes, which lies on top of an inner breathable mesh.

This synthetic Flexweave has lots of gaps in the pattern to maintain the breathability of the shoe, and I had no issues with my feet overheating on workouts.

The Flexweave makes the shoe super durable when it comes to activities such as rope climbs, box jumps, etc. The Nano 9 upper has the slight look of Nike’s Flyknit weave upper but a very different feel and function.

The heel feels stiff and roomy, yet padded. The heel counter has remained firm over several wears.

To begin with, after the first couple of workouts the outside of the heel counter on my right foot rubbed the outside of my ankle a little, not painfully, but noticeably.

After a month of wearing, this has disappeared and causes no problems now, but may be a watch out, or something you need to wear in a few times.

The laces have been updated since previous models, and are wide a flat to stay in place. The padded tongue underneath them also stayed in place and caused no issues when working out, once I’d got the tightness of the laces sorted.

I tested the Nano 9 against various performance parameters over a month when it came to reviewing, and these were the results.

When running on a treadmill for short durations I had no issues. The Nano 9 was by no means bouncy or responsive, but it doesn’t claim to be. Both on a gradient and at a sprint speed it felt safe, light enough and did the job.

Compared to Nike’s Metcon 5, running felt pretty similar in both, but the higher heel counter, and more secure heel box of the Nano 9, pushed these slightly in my favor when it came to running.

I wouldn’t recommend either for an outdoor run due to lack of grip on the outsole, and minimal support of the natural running gait. For anything longer than 1-2km I’d recommend a specialist running shoe.

This is where the Nano 9 really impressed me. The design features including the deeper heel sock, and wide toe box meant I felt stable during the whole lift.

I could push the ground away confidently and the shoes felt rigid when they needed to be.

If you have issues with ankle mobility, a shoe with a higher heel drop would be more appropriate, or even better, some exercises to work on your ankle mobility.

If you are currently deadlifting and squatting with a barbel in running shoes then stop and buy some Nano’s or Metcon’s.

Again, this is where the Nano 9 is a huge improvement over a shoe that isn’t designed specifically for this type of activity.

The low heel drop meant that the weight stayed in the heels when it was meant to, and the center of gravity remained where it should be when moving.

The extended rubber on the front of the foot, wrapping up from the sole kept the toes protected during burpees, and meant the foot didn’t slip backwards when trying to do these fast.

You’re probably reading this review for two reasons; Firstly to decide which shoe to buy out of the Reebok Nano 9 or Nike Metcon 5, or secondly whether the Nano 9 (or Metcon 5) is worth your investment…

If the latter, then YES, I’d strongly recommend purchasing a specific training shoe if you’re doing any gym activity other than just running.

For someone who has trained in both the Nano and Metcon, and also done these activities in a variety of running shoes, using a specially designed shoe makes the world of difference both performance-wise and injury-wise.

If you’re wondering which training shoe is best, both the Nano and Metcon training shoes are GREAT at doing what they’re designed to do. For the most durable, stable Crossfit shoe, I’d choose the Reebok Nano 9.

If you want the added bells and whistles of an adjustable heel drop to aid with your Olympic lifting, and jazzier, personalized designs choose the Nike Metcon 5.

If you’ve owned and loved any of the previous Nano’s, and need or fancy an upgrade, the Nano 9’s are for you.

We purchased a pair of Reebok Nano 9 using our own money. This did not influence the outcome of this review, written after running more than 50 miles in them.

Visit ShopAmazon.com
This page contains affiliate links. As an Amazon Associate I earn from qualifying purchases.
WHERE TO BUY
LOWEST PRICE
$72