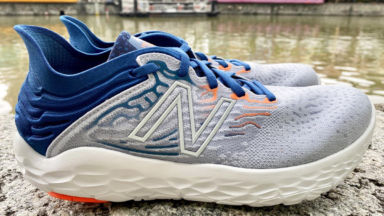 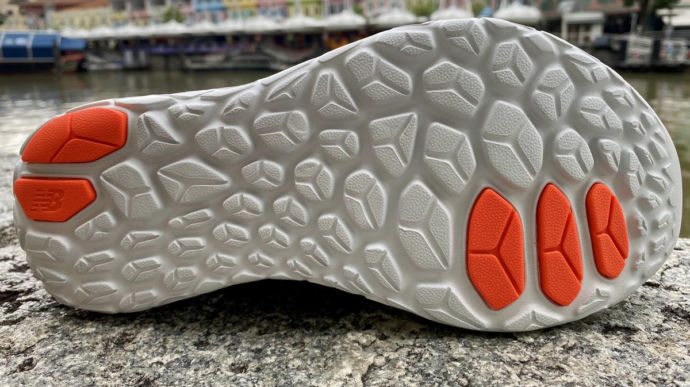 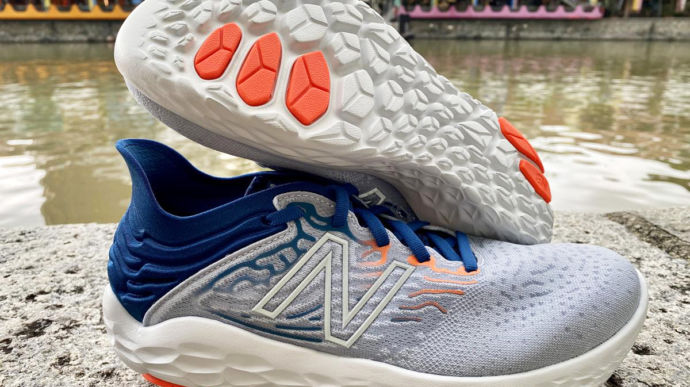 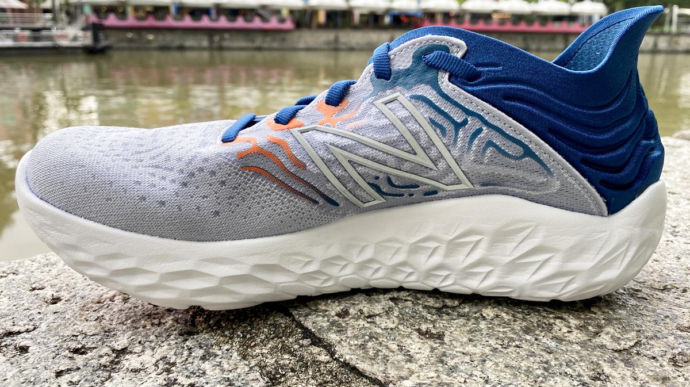 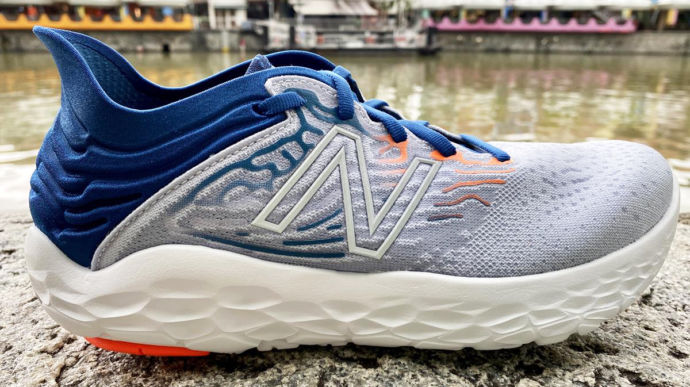 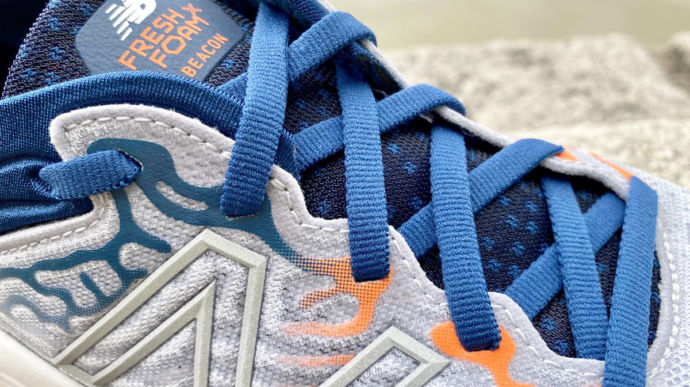 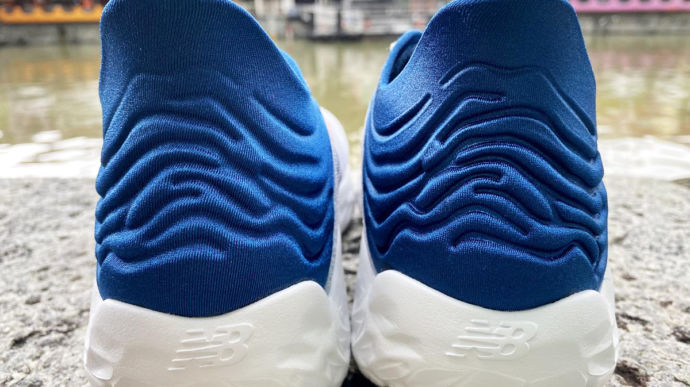 The New Balance Fresh Foam Beacon V3 has been updated with a new upper, midsole and outsole configuration and is now closer to a proper daily trainer with softer cushioning and a more stable ride.

Its midsole is now Fresh Foam X but the Beacon V3 still rides like previous, well-rounded versions but in a more refined package.
WHERE TO BUY
LOWEST PRICE
$119
SHOE INFO
New Balance
Brand
Fresh Foam Beacon v3
Model
Lightweight
Type
7.8 oz. (221 gr.)
Weight
119.99 US$
MSRP
10 mm
Heel Drop
Fresh Foam Beacon v2
Previous model
WHO IS IT FOR
If you're a runner looking for a stable shoe that bridges the gap between a daily trainer and a lightweight tempo trainer, I highly recommend the Fresh Foam Beacon V3.
Help me choose

3 years ago when the Beacon V1 was launched, New Balance was a boring, dad brand. Fresh Foam felt firm and lifeless while FuelCell was nothing like the super foam it is today.

The Beacon, with its Fresh Foam Ground Contact midsole was something new, something exciting, something innovative.

What made the Beacon so great was that it was lightweight, had a smooth, efficient ride and was versatile enough for a range of distances and various paces.

It became a fan favourite in no time and cannibalised so many sales of their other lightweight tempo trainer, the Zante, that New Balance had to kill their former bestseller which had become out of favour with fans. RIP, Zante.

In the lightweight tempo category, there is no shortage of competition. Saucony has the Kinvara, Hoka has their Rincon and Adidas has the Boston. All of them are very popular shoes and sell by boatload.

Its midsole is also now Fresh Foam X. There have been big debates online whether it is actually Fresh Foam X or not. In my opinion, the name Fresh Foam X is just a marketing gimmick.

Injected midsoles are cheaper to produce and are lighter. They don’t have the denser, higher resiliency of compression midsoles. Now how can both variants be Fresh Foam X?

I see Fresh Foam X as still a regular EVA material like Fresh Foam but just tweaked to be lighter and softer. Fresh Foam X is an evolution of Fresh Foam rather than something completely new.

The Beacon used to bridge the gap between low profile, lightweight tempo trainer and neutral daily trainer. So how do the changes made to the Beacon V3 affect its ride?

The first time I saw the Beacon V3 on the wall in the store, I could tell immediately that it was version 3.

The midsole walls flared up on the sides, reminiscent of the 1080v10. The Beacon V3 actually looks like the 1080v10 but without the high toe-spring. They both have the same veiny, organic patterns on their midfoots and heels.

They also both have “Fresh Foam X” midsoles, the only difference being that the 1080v10 has laser cut holes in its midsole.

When I tried them on in the store, I asked for my normal size but they were really large in the forefoot and I could feel my foot swimming in the shoe. A half size smaller felt more dialed in and fit me much better.

My first run in the Beacon V3 was an 18 kilometre easy run. The best word to describe how they felt was “smooth”.

There’s no fancy stuff in the Beacon V3: no Zoom Air, no gel, no Meta-Rocker, no carbon plate. This leads to a very distraction-free run.

I didn’t have to concentrate on how to strike my feet, where to strike, how hard to strike. I could just run.

You know the old adage, “less is more”? This couldn’t be more true of the midsole of the Beacon V3.

Its uniform, single-density midsole results in a no-frills, consistent ride. Before this shoe, I reviewed the Alphafly and the Tempo Next%. Both those shoes have A LOT going on in their soles. The Beacon V3 is a nice departure.

So how does the extra 3mm of midsole foam feel? It makes the Beacon V3 feel more like a daily trainer than an uptempo one. The ride feels softer and more cushioned so it’s more suited to longer runs than the V1 and V2.

I found tempo runs below 5.15 per kilometre still enjoyable because there isn’t much sink in softness so the forefoot provided me with a firm platform to push off from.

The extra 3mm of foam also lessens the ground feel of the Beacon V3. It’s a small price to pay for more foot protection.

The raised midsole sidewalls are also a welcome change. The Beacon has always been a shoe where your foot sits inside the midsole instead of on top of it but the V3 takes it to a whole new level.

Not only are the sidewalls raised on the midfoot like distinct waves, but behind the heel it is also raised so the foot is cupped which helps keep it centred, increasing stability.

Something that I noticed is that the Beacon V3 now flexes more towards the middle of the sole compared to V1 and V2 that flexed further forward. This change results in less snappy, more relaxed ride transitions.

The 6mm drop of the Beacon V3 makes it more suited to midfoot and forefoot runners as there is less foam in the heel to cushion heel strikes than say a 10mm or 12mm drop daily trainer.

The outsole layout is similar to the ones on V1 and V2 except now the lugs are shaped differently- rounder with “Y” indentations on the lugs.

It is still mostly exposed midsole foam with only 5 of the lugs covered with blown rubber at the high wear areas.

Durability is not as good as shoes that have fully covered rubber outsoles but compared to other trainers with exposed outsoles such as the Rincon 2 and Kinvara 11, the Beacon V3 fares much better.

I expect to get about 600 kilometres out of the shoe before the outsole goes flat and the EVA midsole becomes firmer.

I found traction to be excellent on all dry surfaces but slippery on wet grass and wet pavement due to the minimal amounts of rubber on the outsole.

This is my upper of the year so far. The upper of the Beacon V3 feels like it was tailored to fit my feet- that’s how good they feel. They are accommodating, comfortable and they have superb lockdown.

I really like how the soft elf heel counter flares away from the foot, unlike on the Propel and the FuelCell TC where it flares upwards. On the Beacon V3, it stays out of the way.

The overlay patterns on the side are smooth but have a unique “waxy” feel to them. I don’t think I’ve ever seen this on a shoe before.

Previous versions of the Beacon felt a bit scratchy and “cheap” but the engineered mesh on the V3 feels softer, and more like a premium, performance daily trainer.

Breathability of the V3’s upper is average. It isn’t as warm as the Hypoknit on the 1080v10 but isn’t as airy as the FuelCell TC. My feet didn’t overheat, even during 30 degree Celsius runs.

The tongue is padded but it isn’t gusseted so it slides sideways on runs even though it has wide wings designed to hold it in place.

I prefer this kind of padded tongue to the flat, racing-type tongues that more and more running shoes are using but I do think that a gusseted tongue is the one thing that the Beacon V3’s upper is missing.

As I mentioned earlier in the review, the Beacon V3’s upper is voluminous. I highly suggest trying this one on in the store first because if I had gone true to size, it would have ruined the shoe for me.

The Beacon also comes in a 2E-wide version.

There used to be a New Balance shoe called the Boracay which was like the big brother to the Zante: a beefed up Zante with a plusher upper and a softer ride. The Beacon V3 reminds me of that shoe.

The Beacon V3 is not a shoe with any flare. But that’s what makes it good. It’s a distraction-free, smooth riding, versatile trainer which can handle a variety of paces.

I will be using my Beacon V3’s for daily, easy-paced runs between 10 and 20 kilometres which is what I think it feels best at.

It’s not snappy enough for really fast runs but also doesn’t have the plush, long-distance comfort for really long runs.

The only flaw of the Beacon V3 is its price. At $120 you can get a classic daily trainer with a compression-molded midsole like the Pegasus 37 or the Cumulus 22 which has much higher levels of durability.

New Balance needs to drop the price by $10 to at least match direct competitors like the Saucony Kinvara 11.

While the first two versions of the Beacon felt rough around the edges, the changes that New Balance has made to V3 has made it feel more refined, more polished.

The Beacon V3 is still an excellent shoe that bridges the gap between lightweight tempo trainer and daily trainer.

We purchased a pair of New Balance Fresh Foam Beacon v3 from runningwarehouse using our own money. This did not influence the outcome of this review, written after running more than 50 miles in them.

Visit ShopNewBalance
This page contains affiliate links. As an Amazon Associate I earn from qualifying purchases.
WHERE TO BUY
LOWEST PRICE
$119