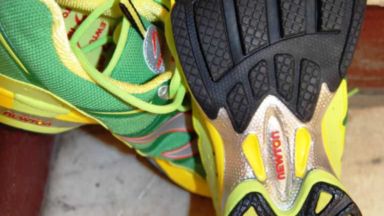 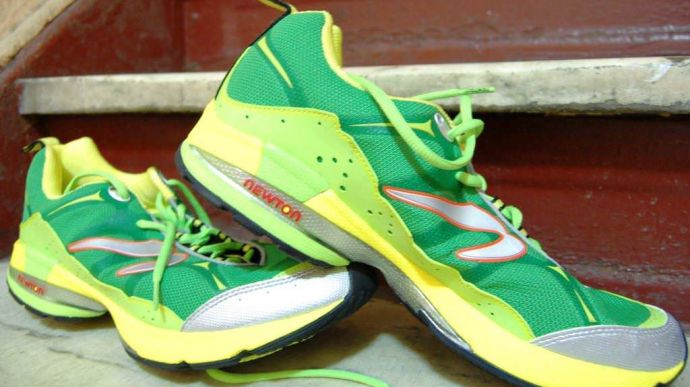 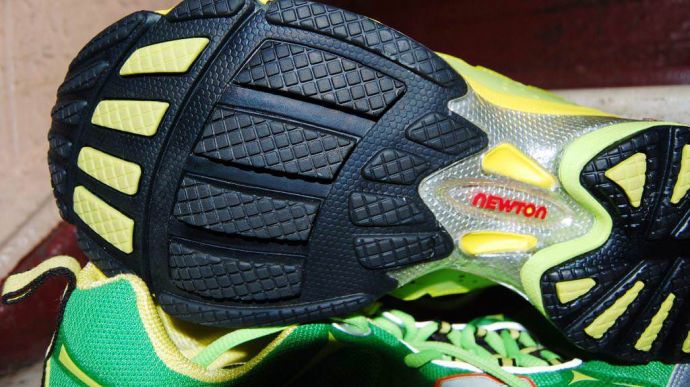 The Newton Momentum provides a great (if not slightly expensive) experience for runners seeking to work on their gait without sacrificing cushioning and guidance. I hope this is the first of many trail shoes Newton will offer in the coming years.
WHERE TO BUY
LOWEST PRICE
$64
SHOE INFO
Newton
Brand
Terra Momentus
Model
Trail
Type
11.2 oz. (318 gr.)
Weight
139 US$
MSRP
WHO IS IT FOR
Runners who are looking to transition to a midfoot/forefoot strike while running on trails and other uneven surfaces.
Help me choose

From first glance, Newtons are a breed apart from other running shoes. The designs feature unique elements which purport to improve gait and movement — translating into better form and a more natural experience. The company’s shoes have gained a cult following over the past few years, which has led to the Newton’s first foray into a dedicated trail shoe. The Momentus features many similar design functions as Newton’s other offerings, customized for running on uneven trails and surfaces. The Momentus is an ambitious entry into the trail shoe market, and provides an interesting, comfortable experience under a wide array of conditions.

As a convert to midfoot striking after a long time spent heel striking, I have always been interested in shoes which seek to promote gait improvement. Since changing gait is not always an easy task, I’ve monitored this shoe niche closely — hoping that there would be a shoe which could live up to the promise of better form. Despite my initial skepticism, I was eager to try the Newton Momentus — a shoe designed to not only perform on uneven terrains and trails, but to also promote natural movement through the foot and ankle. Always interested in improving my gait while out on my favorite trails, I was eager to see how Newton’s shoe design might help.

I was unsure at first about what I should expect from the Momentus. Newton’s FAQ page recommends transitioning into their shoes, as they provide a running experience which can be a large departure from what more conventional shoes provide during a workout. I began to cycle the shoes into my marathon training, using my shorter days to test out the design as compared to minimalist and lightweight trainers. I immediately noticed the reduced heel drop, or the difference in heigth between heel and toe — a scant three millimeters — which helps the middle of the foot land first. Next, and most noticeably, I felt the signature lug units which provide additional cushioning around the ball of the foot. Though they took some getting used to, this feature provided a unique method of ensuring I landed properly on my feet while providing extra support in the area. The design seemed unconventional at first — especially while walking — but as I began running in the shoes, I realized why their designs have gained a cult following and a strong footing in the New York City racing circuit.

The Momentus’ sole is among its most noticeably unique features. The outsole is comprised of heavy-duty rubber featuring deep grooves which help maintain stability and grip on wet and/or loose trails. The high-traction rubber is among the sturdiest I’ve found on any shoes I’ve worn, and provides tremendous benefits while trail running.

The midsole of the Newton provides unique features as well. Newton’s “Action/Reaction Technology” midsole is the brand’s most remarkable and noticeable design feature. The construction of the midsole uses a hinged design which promotes movement in the toes, metatarsals, arch, and heel—all aimed at promoting healthy movement of the foot throughout takeoff and landing while running. Put simply, this design feature seeks to help the foot move in a manner which mimics natural, barefoot motion. The shoe’s actuator lugs, four raised rubber platforms at the metatarsal, help provide an extra spring in the step as a reward for proper footfall and gait. In addition to these design features, the midsole includes a mid- and rear-foot support chassis which helps keep the foot in place while running on uneven trails. Though the actuator lugs may take a first-timer by surprise, the design feature never felt obtrusive to me, as it promotes midfoot form.

Netwon’s non-trail offerings tend to feature a lightweight, breathable mesh similar to that found in the Nike Free and Saucony Kinvara. As the Momentus is a trail shoe first and foremost, the upper design provides more reinforcement and protection for the foot. As a result, it is thicker and heavier than other models, but provides protection from rocks, sticks, and other trail debris without making the shoe feel overly heavy. Additional features, such as slip-proof laces and a sturdy toe cap, seek to provide protection for the foot as well as stability. As the Momentus was my first foray into trail-specific shoes, these features provided an additional level of comfort that I would not come home to shoes filled with detritus from my run—a welcome change of pace from trail runs in all-around trainers. All in all, the sturdiness of the shoe’s upper helped keep my feet in the right position despite steep hills and unlevel surfaces. These features will come as a welcome complement to any trail workout as they offer support without adding heft or tiring out the feet prematurely.

For all of its unique design features and surprisingly flashy color scheme (green on light-green), the Newton Momentum lives up to its promises. The shoe provides unobtrusive support for runners seeking additional guidance as well as protection from the elements. The shoes’ unique design truly promotes midfoot running, helping develop proprioception for runners looking to alter their gait or improve what they already practice. The upper also helps keep the foot in place comfortably, and without the annoying presence of rocks and small sticks after even the longest trail runs. The Momentus is a great trail shoe for runners seeking motion guidance while running trails—leading me to hope for a more minimal offering for trail runners to complement their current road offerings.

We thank the nice people at Newton for sending us a pair of the Terra Momentus for review. This did not influence our review, written after running more than 30 miles in them.

Visit ShopAmazon.com
Sorry - Product not found. Please try RunningWarehouse.Com to check in their assortment.
This page contains affiliate links. As an Amazon Associate I earn from qualifying purchases.
WHERE TO BUY
LOWEST PRICE
$64