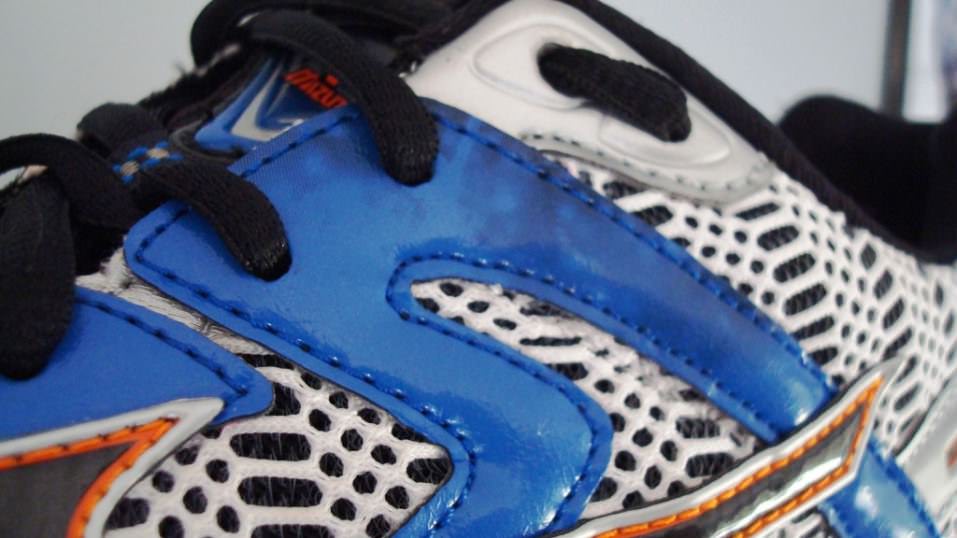 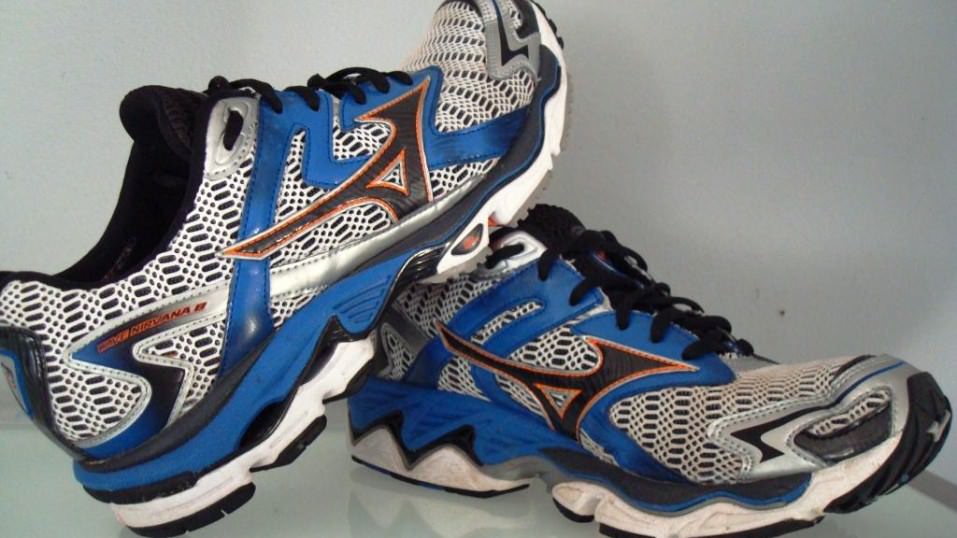 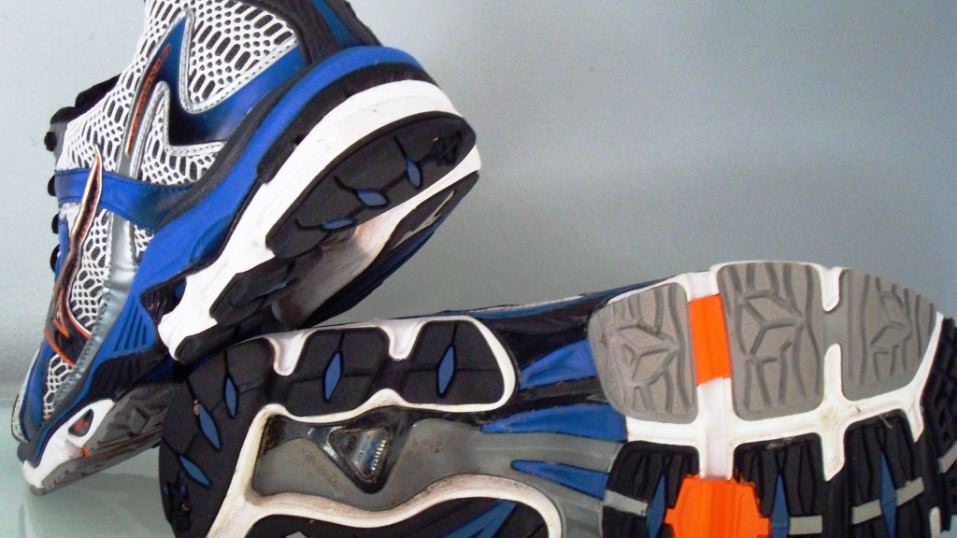 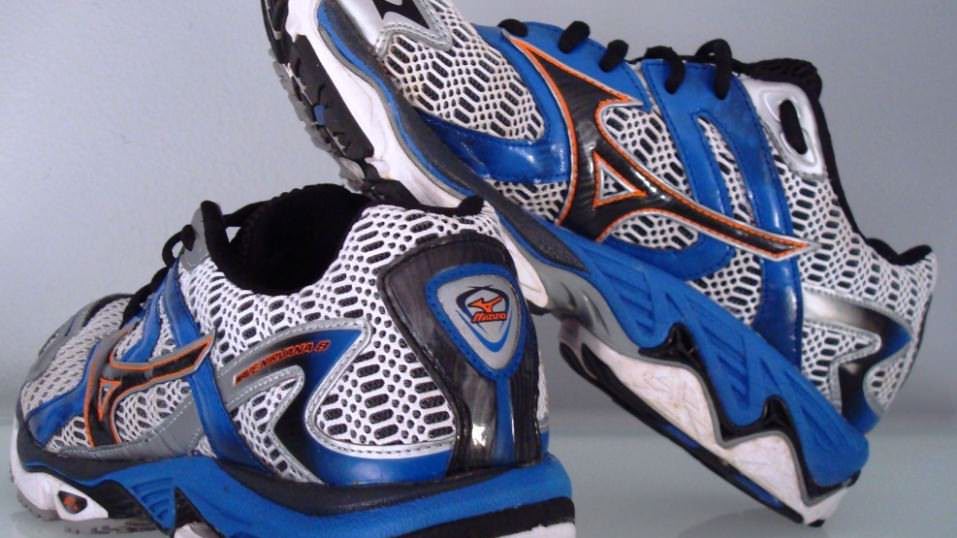 A shoe that feels solid under the heel and fast in the forefoot. Excellent choice for flexible arches. Unsurpassed in the high stability category.
WHERE TO BUY
LOWEST PRICE
$150
SHOE INFO
Mizuno
Brand
Wave Nirvana 8
Model
Stability
Type
12 oz. (340 gr.)
Weight
150 US$
MSRP
WHO IS IT FOR
Over pronators who demand maximum arch support and heel stability.
Help me choose

The new Wave Nirvana 8 has received a new and more minimal upper design in a striking blue, silver and orange color combination. The removal of several overlays is immediately noticeable but the midsole, despite being color matched to the overlays, is identical to that of the Wave Nirvana 7. As expected, the Wave Nirvana 8 feels very protective when on the foot.

The sole focal point of the Wave Nirvana 8 is on its upper. Mizuno seems to have looked in the back catalogue when designing the upper for the Wave Nirvana 8. The new upper is reminiscent of that found in the original Wave Nirvana. Mizuno lowered the heel collar and removed the Dynamotion Fit lateral lacing tab found on the Wave Nirvana 7. The flex eyelets from the previous edition are removed in favor of a more traditional looking eyelet row. The Wave Nirvana 8 also employs a less complex series of overlays designed to reduce weight and improve fit.

Still present in the Wave Nirvana 8 sole are Mizuno flex controllers. According to Mizuno testing, flex controllers help provide the ideal amount of forefoot flexibility to aid in improving transition to toe off while allowing for less midsole foam at the forefoot flex point. This design feature aims to accomplish weight reduction while maintaining a flexible, yet stable ride. Other carryover features include Mizuno’s classic VS-1 heel cushioning wedge , premium AP+ midsole foam and an Ortholite sock liner.

I have relied on the Nirvana series to be my workhorse for 8 years now. No other shoe has consistently delivered the stability of the Nirvana. Although I only weigh 160 pounds at six feet tall, I have very flexible arches which demand additional help from my shoes. And I don’t like adding orthotics to my shoes. I believe that a $100-$150 shoe should be enough. Mizuno delivers by placing the arch support near the heel in their shoes and this is, for me, the ideal way to engineer a shoe.

In regards to the new upper, I have mixed emotions. I’m not a fan of the color combination on this Nirvana. It’s just too…blue. However, it definitely provides a better fit than the previous model and is responsible for the slight weight reduction from the Wave Nirvana 7. The new upper sits much lower on the foot and I had to be careful not to over tighten the laces. Although the previous Dynamotion Fit lacing tab bothered some, it never gave me any problems. I can say that the lateral aspect of the collar is definitely lower than before. Either way, the shoe fits better than before and sports the same stable ride as the Wave Nirvana 7. In fact, I have not tested a shoe that combines this amount of stability with flexibility and cushioning.

Only recently has another shoe threatened to take away the number one spot that the Nirvana has maintained in my shoe rotation. Unsurprisingly, the challenger was the Mizuno Wave Inspire 8 which I reviewed earlier. After many runs in both shoes I must say that as good of a shoe as the new Wave Inspire 8 is, it just cannot deliver the long haul stability of the Wave Nirvana 8. Such is the strength of the Nirvana series, dear readers!

We thank the nice people at Mizuno for sending us a pair of Nirvana 8 to test. This did not influence the review, written after logging more than 50 miles in the shoes!