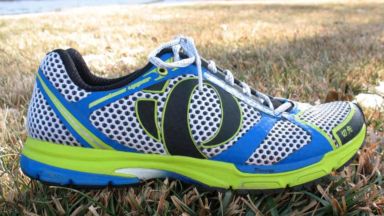 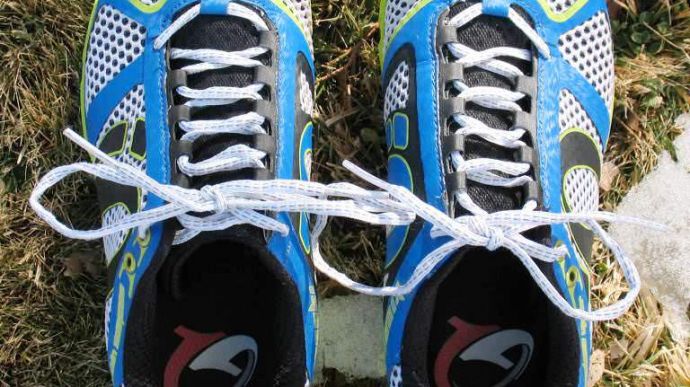 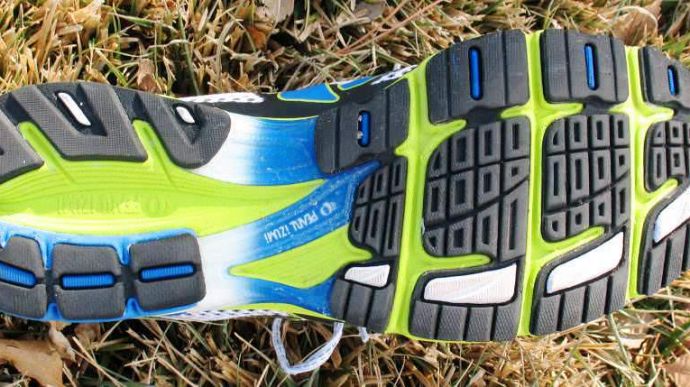 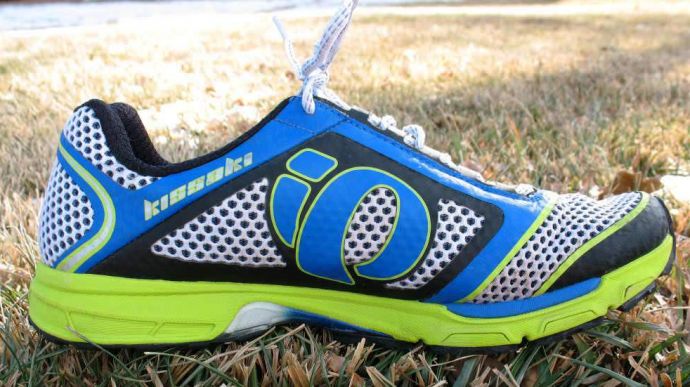 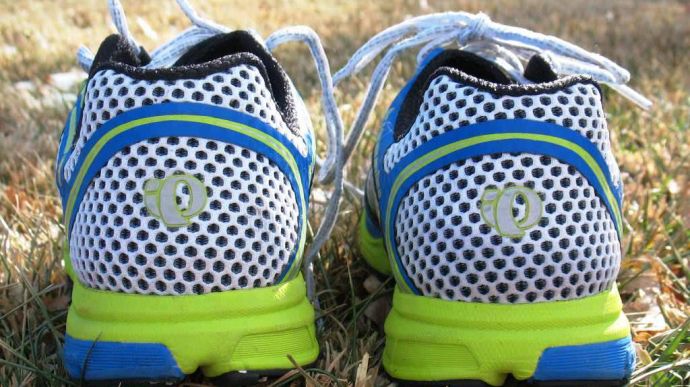 This Kissaki has the potential to be a great shoe if there weren’t so many issues plaguing the upper. Its lightweight open design along with its nice energy return could make it an excellent daily trainer for neutral runners or race day shoe for the less efficient runner.
WHERE TO BUY
LOWEST PRICE
$130
SHOE INFO
Pearl Izumi
Brand
Kissaki
Model
Cushioning
Type
9.4 oz. (266 gr.)
Weight
130 US$
MSRP
WHO IS IT FOR
Efficient neutral runners or mild pronators.
Help me choose

Kissaki as translated from Japanese means the tip or point of a Japanese sword. “Weapons for your feet” are what the folks at Pearl Izumi are referencing with their newest shoe. The Kissaki is designed to be a lightweight neutral race/train shoe. So are they really weapons, or just shields? Let’s find out!

The first thing that caught my attention was the very vivid color scheme. Initially I didn’t care for the color, but after some time it grew on me. Especially after previewing other shoes with even louder color schemes, like the Boston 3, made these even more palatable. I also quickly noticed the shoes smooth appearance that comes from its seamless upper. Once I put the shoes on I noticed right away how the mono tongue wrapped my foot hugging it in the shoe.

The most Unique feature of the Kissaki is the seamless upper. Pearl Izumi has diverted from the norm and used a taped seam versus stitching. This seamless upper was very smooth, as I mentioned earlier, which settled in around my feet fairly nice without creating any pressure points, chaffing, or hot spots. In order to further reinforce the taped seams a bonded overlay has also been used. This gives strength and support to the shoe and protection as well.

The only fault I found was that a strip bonding was placed vertically toward the center of the toe box on the lateral side, and not the medial. This imbalance in the bonding created a lack of support on the medial side that caused the bonding to the front and rear of the toe box to close in on one another and created a pinch point during toe off. Although it never caused any particular discomfort it definitely created an awkward feeling. This may be noteworthy to runners with foot disorders, such as bunions, as it may cause discomfort in those runners.

The upper is built out of an open basket type mesh that is seated on top of a thin mesh screen. This leaves the upper very open, airy, and flexible. I would definitely recommend a nice pair of wool socks for those headed out on cold days as I found out the hard way.

Another unique feature of the Kissaki is the semi-mono tongue. The tongue is a one piece construction that is anchored to the medial side of the foot and wraps over the foot to the lateral side where it ends unanchored. This allowed the tongue to hug my foot, again giving that smooth feeling. During all of my time in my shoe I rarely noticed that the tongue was even there.

The lacing system of the shoe is comprised of a series of tight rigid loops that are spaced close together. I found it very difficult to tighten up the laces, and one I was able to get into the laces themselves it was very easy to over tighten the shoe. This definitely caused some discomfort at points early on to the top of my foot. Once I was able to figure out the best adjustment the pressure was not as noticeable.

Wether due to the lacing system or just construction I found the midfoot to be a little roomy. For me and possibly to others, aside from those with a wider foot, it lends itself to be a little loose. The toe box of the shoe is nice and wide allowing ample room for my toes to splay and move comfortably. I did notice the toe box to be a bit shallow. My toes definitely hovered close to the front of the shoe, but I never experienced any trauma or discomfort as a result of it. Point being is if you are considering these shoes I would definitely order a ½ size up, I know that I would have benefited.

Moving to the heel where we find a memory foam collar. The collar was a nice addition and did not cause any excessive pressure or chaffing. However, the rest of the heel has room for improvement as I found it to be wide. I have a normal width heel and the rear of the shoe was a bit sloppy especially when going downhill, and on semi-technical trails.

Finally, the upper is topped off with a set of flat laces that have two reflective bands woven into them, a nice added touch. The laces remain secured and tied on all of my runs with no discomfort.

Pearl Izumi has constructed the Kissaki midsole from its 1:1 energy return foam. This absorbs shock and rather than displacing it into the ground the foam returns it back to the runner. The 1:1 foam has been strategically placed in the forefoot and heel crash pad. This along with the three flex zones in the forefoot helped give me a nice smooth, responsive, firm ride. Midfoot and forefoot strikers will appreciate the firm ride and the pleasant heal to toe transition.

The kissaki is built with a plastic bridge in the midfoot section. This provided nice mild stability without being over the top. Mild overpronators, like me, will enjoy this while those seeking out additional stability might want to reconsider this as a daily trainer and more of a race day shoe.

The sole has a 19mm heel and a 10 mm toe giving it a 9mm drop. This was a nice change I thought from the standard 12mm making it a sound choice for both midfoot and forefoot strikers alike.

The kissaki is constructed with a full blown rubber outsole with a carbon rubber heel crash pad. With about 125 miles on the shoe it is showing very little signs of wear, and I say with confidence that that it could go another 300. Something I did enjoy with this shoe was the tread pattern that was used. Not only did it grip the road well, but I found it also to grip and hold well on mild to moderate trails. I found it also to hold fairly well in the snow, and packed snow.

So weapons for the feet? They could be if future improvements can be made to upper of the shoe. For now the shoe is really going to fit a limited number of runners well, but not the majority. What it does have going for it is the ability to transition between the road and packed trail very well. The energy return through the toe is also hard to beat, as is its durability.

This would be a great high mileage shoe for efficient runners or mild pronators. Those looking for a little bit more stability or heavier runners should look to the Kissaki just as a solid race day shoe.

We thank the nice guys at Pearl Izumi for sending us a pair of Kissaki to try. This did not influence our review of the shoes!