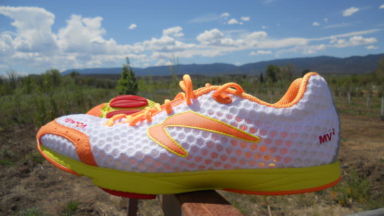 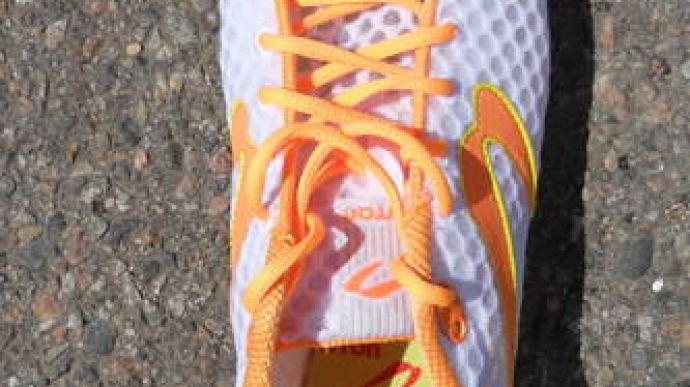 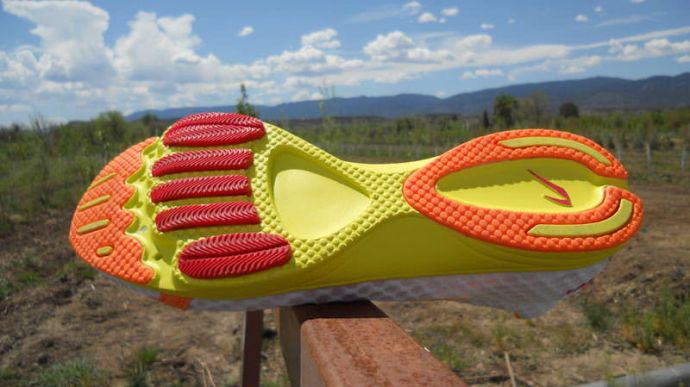 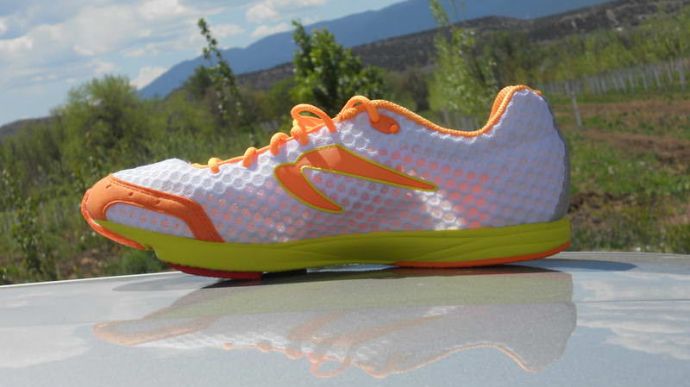 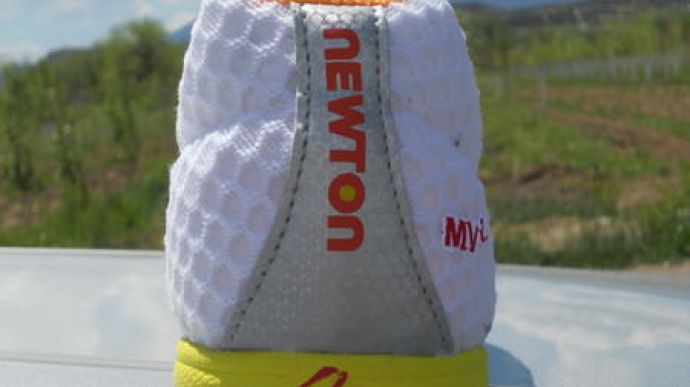 -Newton's first short distance racing shoe is a very lightweight example of their technology. Minimalists and zero drop lovers will appreciate the MV2 for training or racing.
WHERE TO BUY
LOWEST PRICE
$30
SHOE INFO
Newton
Brand
MV2
Model
Racing
Type
5.9 oz oz. (167 gr.)
Weight
125 US$
MSRP
WHO IS IT FOR
-Runners looking for a racing shoe up to 10k which will keep them on their forefoot.
-Minimalist runners and those who like a zero drop.
Help me choose

Newton Running, a Boulder, Colorado based company, has been creating shoes focused on natural running and low heel drops for the better part of five years creating a rabid following amongst runners and triathletes. The idea of natural running is about a forefoot landing after nearly twenty years of research rather than making shoes that are simply minimal with little material between you and the road. The resulting shoes are well made and protective, with 0mm-6mm heel drops, and forefoot activator lugs that are designed to act like a trampoline to give an opposite reaction after footfall.

Having worn Newtons before I knew what to expect. When I initially tried the MV2 on it felt like I was wearing a sprinting spike. My forefoot seemed to be elevated and walking in the MV2 felt awkward at best. But these shoes weren’t made for walking, and the actuator lugs that made my forefoot feel elevated actually depresses during foot strike creating more of a zero drop feel.

The MV2 is featherweight and flexible like you would expect for a short distance, 5k to 10k, racing flat. I recommend sizing up one half size unless you like your racing flats very snug.

Newton advertises that the MV2 is made to last approximately 150 to 250 miles which is pretty standard for a racing flat. The upper consists of an elegant breathable mesh covered by a more durable honeycomb patterned mesh. I did not run in the Newton long enough to wear it out but if I was going to pick a weak point in the upper fabric it would be the internal mesh by the pinky toe.

I would classify the forefoot width of the Newton as average for a racing flat and the flexible mesh makes it accommodating for many foot types. However, if you’re not used to racing flats or you have enjoyed the wide toe boxes of other Newton shoes you may feel a bit cramped. The toe box is minimally reinforced and the only other sewn on overlays come at the heel of the shoe. An effective and traditional lacing system offered me no problems and overall the MV2 upper is very comfortable. I felt that the MV2 hugged my foot well without feeling too constrictive or sloppy.

The MV2 is a zero drop shoe meaning there is no difference between the heel height and forefoot height. Traditional trainers typically have a 12 mm drop and most racing flats are between 6mm and 12mm. Newton includes optional 3mm heel lifts with the MV2 which reduce the initial stress of wearing them for the first time, and these lifts adhere underneath the removable insole of the shoe.

The most notable aspects of the MV2 are the five lugs underneath the forefoot. These durable carbon rubber lugs are encased in a softer, very resilient, EVA foam which seemed highly durable as well. While running I could feel the actuator lugs depress slightly and provide some rebound. While the pace for my tempo runs did not improve the shoes to seem to provide a springy feel and I felt like my cadence increased.

Really the most remarkable aspect of the MV2 outsole is that the durable carbon rubber is focused on areas of high wear and does protect the very responsive EVA underneath. Newton added a fifth lug on the MV2 which improves traction over other four lugged Newton shoes I’ve tried.

I have several pair of zero drop shoes including the New Balance MR00 and the Altra Lone Peak, but running in the MV2 is a different experience. It almost feels like you’re running in a negative drop due to the actuator lugs and it took me several runs to get used to. I must say that while wearing the MV2 for tempo runs I experienced calf tightness and soreness afterwards which is something I don’t experience as much with my other zero drop shoes. I consider myself a mid foot striker and I felt the MV2 definitely put me on my forefoot which probably put a little bit more stress on my calves and achilles.

This is a go fast racing flat and I definitely would not wear it over over 10k. However I’ve been at races witnessing runners wearing the MV2s at the half marathon distance. The feel of the MV2 will really impress some runners, especially those loyal to Newtons. This is a well made, lightweight, racing flat with nothing to get in the way of a fast forefoot running experience.

We thank the nice people at Newton for sending us a pair of MV2 for testing. This did not influence our review of the shoe, written after running more than 50 miles in them

Visit ShopNike
Sorry - Product not found. Please try RunningWarehouse.Com to check in their assortment.
This page contains affiliate links. As an Amazon Associate I earn from qualifying purchases.
WHERE TO BUY
LOWEST PRICE
$30