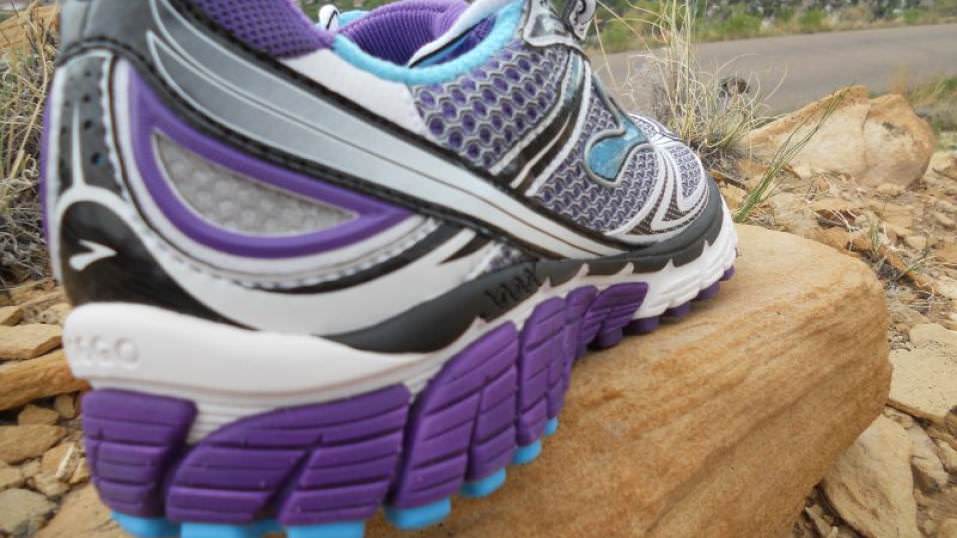 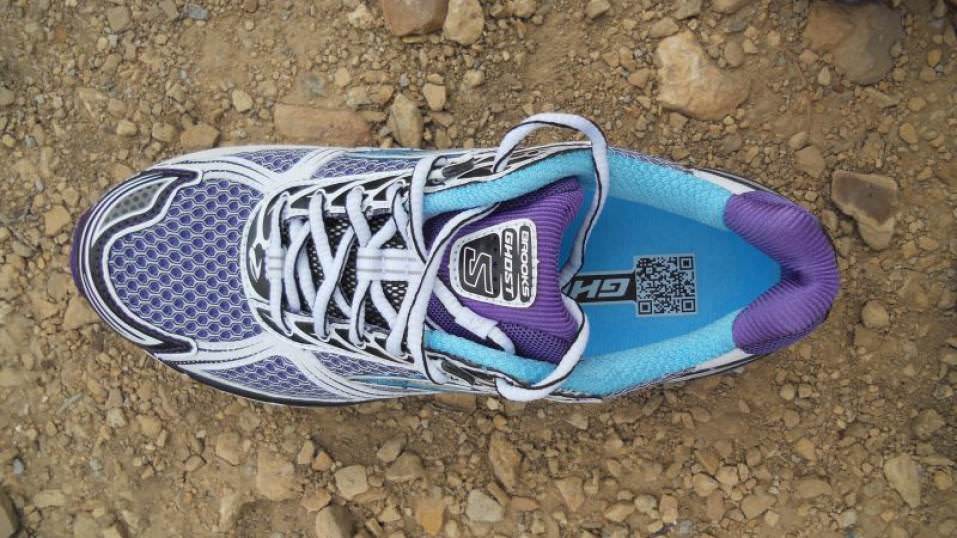 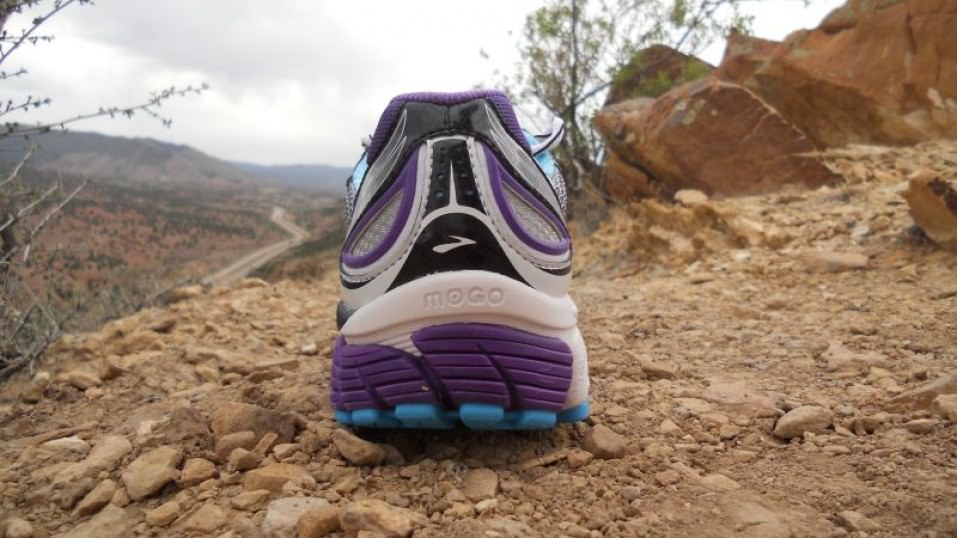 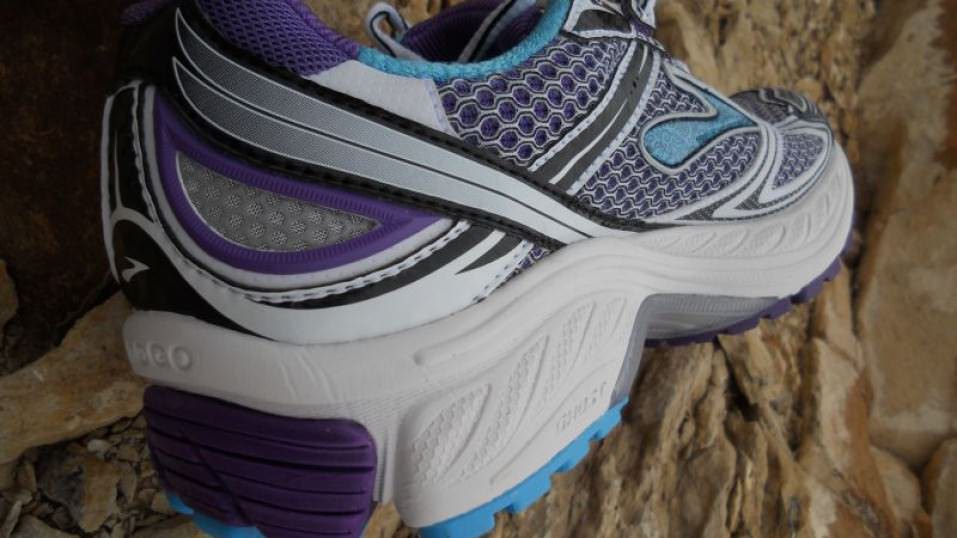 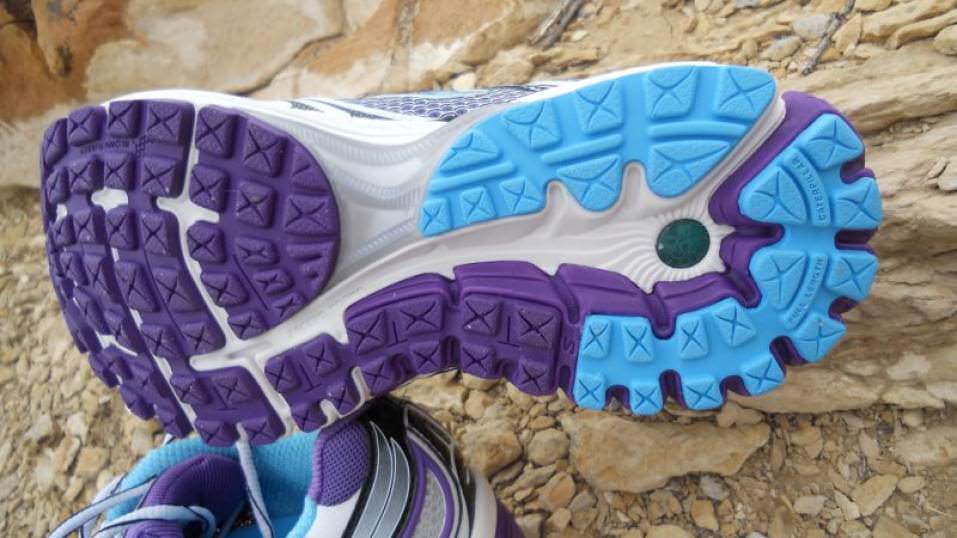 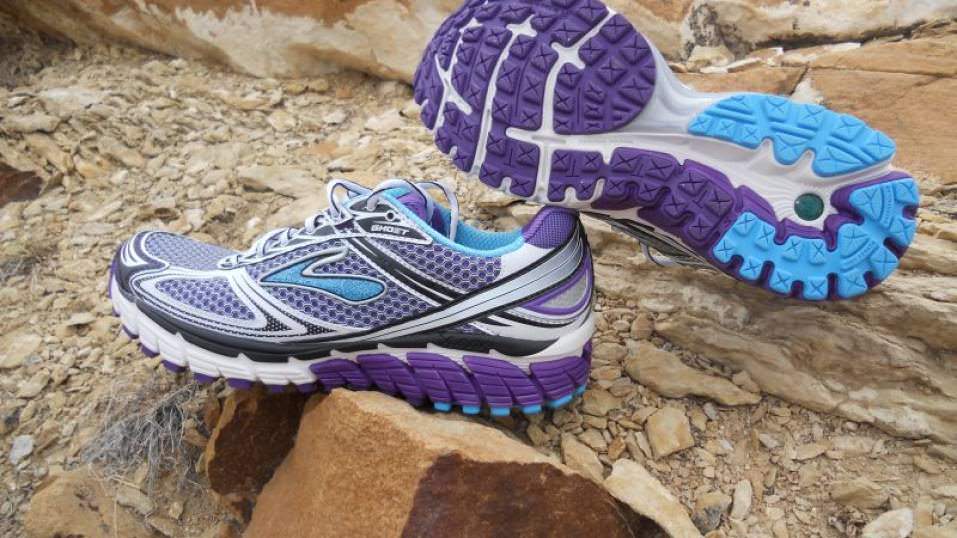 The Ghost 5 will definitely remain my go-to shoe for training and longer races. I love the extended crash pad and the smooth ride, all in a relatively light package.
WHERE TO BUY
LOWEST PRICE
$110
SHOE INFO
Brooks
Brand
Ghost 5
Model
Cushioning
Type
10.7 oz. (303 gr.)
Weight
110 US$
MSRP
Brooks Ghost
Family
Ghost 4
Previous model
WHO IS IT FOR
Neutral runners looking for a workhorse shoe appropriate for a variety of workouts and terrains.
Help me choose

For the updated Ghost 5, Brooks focused on the sole unit, striving to keep all of the cushioning and support that has made the Ghost series so popular with runners, while adding flexibility and decreasing the weight a bit more.

The biggest update to the shoe was the extension of the caterpillar crash  pad, intended to offer a bit more shock absorption for midfoot strikers. More details on the updates to the sole are below.

In addition, Brooks lowered the overall weight of the shoe for both men and women–a full ounce on the men’s version and about a half ounce from the women’s. Overall, the Ghost 5 is an excellent follow-up to the Ghost 4, and should be suited for an even wider range of runners.

As a long-time Ghost fan, I couldn’t wait to get my hands on the Ghost 5 to take them out for their first run. In a last-minute call, I decided to wear them for the first time at a recent half marathon, as my older shoes were all feeling a little worn out.

While “nothing new on race day” is something that I normally live by, I didn’t regret the swap this time. The ride on the Ghost 5 is quite similar to the Ghost 4, and I found it to be even more comfortable and smooth than the Ghost 4, due largely to the extended caterpillar crash pad. Overall, the transition to the Ghost 5 should be smooth for longtime Ghost wearers.

Hoping that the updated Ghosts were as versatile as their predecessors, I hit the track, trails, and the city streets to test their performance during different types of workouts. The Ghost 5 is just as comfortable on the track as on a light trail, and perform well on the roads. During track workouts, their flexibility and weight really shine, and they don’t inhibit speed or form during repeats and drills. While I only tested the Ghost 5 on easier trails, they also performed well, taking me through rocky and root-covered sections of trails feeling supported and secure.

The most significant change to the Ghost 5 is the caterpillar crash pad, which is designed to absorb provide shock absorption. As in previous editions, the crash pad is constructed of high-density rubber and blown rubber on the outside with deep grooves to allow for flexibility. On the Ghost 4, the crash pad stopped at the midfoot, and included a plastic shank on both the inner and outer sides. For the Ghost 5, the plastic shank is still present in the inner section of the shoe, but the outer shank was replaced with the crash pad, benefitting midfoot strikers.

As a midfoot striker, and a longtime fan of the Ghost, I loved this change, and felt that the additional flexibility and shock absorption only added to the ride. Initially, I was concerned that the change would result in a loss of support, but after about 75 miles on the Ghost 5, I haven’t had any issues with the support. The slightly softer feel and more flexible ride have only made a longtime favorite even better.

The upper unit remains largely untouched for this update. Consisting of a microfiber layer on the inside, with a mesh layer on top, the Ghost 5 handles moisture and heat well. Running through the heat of early summer and surprise rainstorms, my feet stayed dry, cool, and blister-free.

I found that the fit of the upper was slightly wider than in previous editions, but it didn’t become an issue once I adjusted the lacing a bit. The upper also does a great job of holding the heel in place, with no rubbing or chaffing on the backs of my heels. To round things out, there is a small amount of cushioning around the collar, which adds to the comfort factor without adding too much weight or bulk.

The Ghost 5 is a great option for a wide range of runners, and the extended crash pad only adds to the smooth ride that has made it so popular. It strikes a great balance of support and cushioning, without overcorrecting or feeling unnatural.

The Brooks Glycerin 17 is a maximal cushion trainer for any neutral runner. ... (Read expert review)