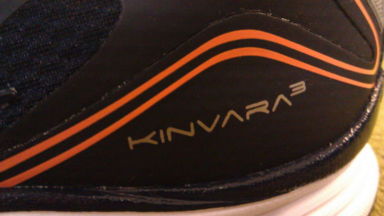 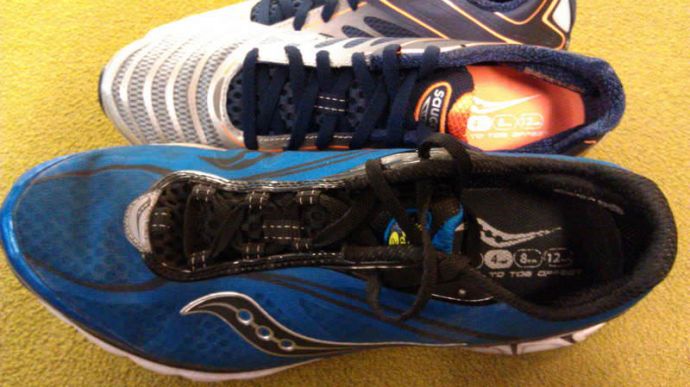 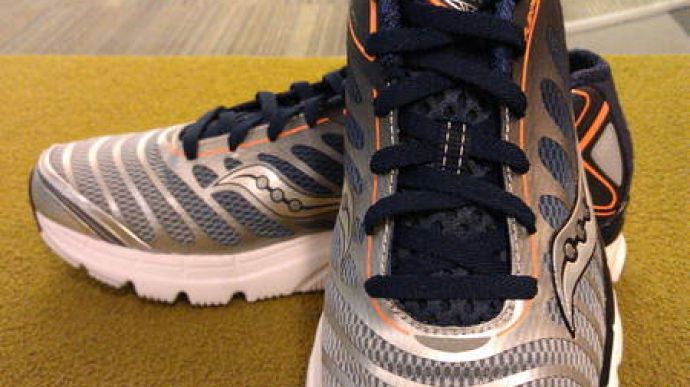 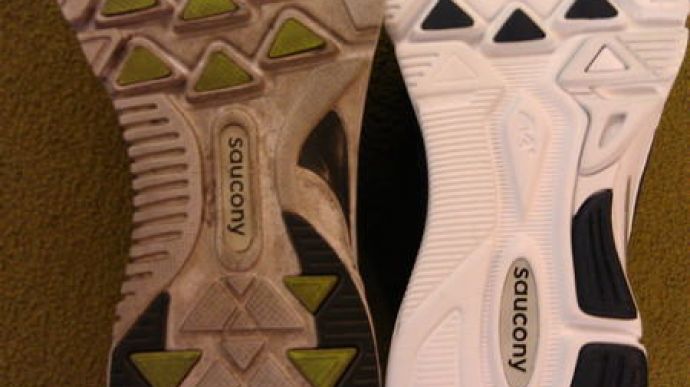 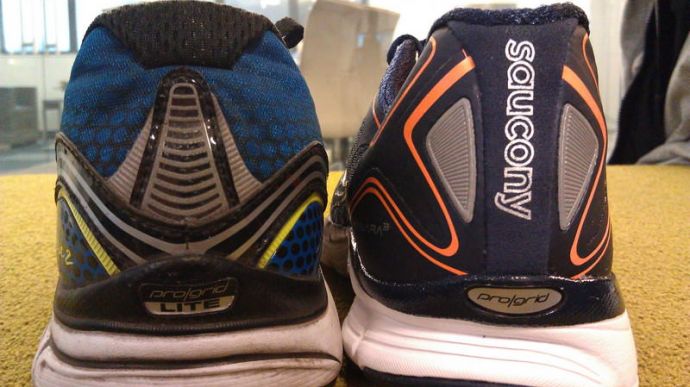 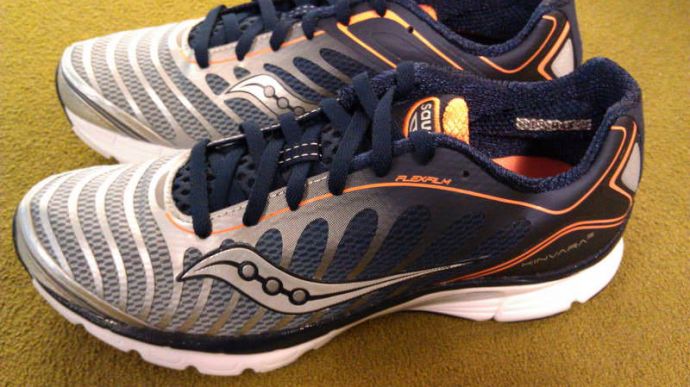 The Saucony Kinvara 3 provides a great run with support where it’s needed and light material throughout. A great shoe for various workouts on nearly any terrain.
WHERE TO BUY
LOWEST PRICE
$100
SHOE INFO
Saucony
Brand
Kinvara 3
Model
Lightweight
Type
7.7 oz. (218 gr.)
Weight
100 US$
MSRP
Kinvara
Family
WHO IS IT FOR
Middle and distance runners seeking a lightweight, semi-cushioned ride or runners looking to transition to minimalist shoes.
Help me choose

Redesigns can be tricky — especially in the running shoe world. People develop near-fanatic attachments with a particular year’s shoe model—tracking down multiple pairs as new editions are ushered in. Simply put, shoe fanatics need not stress over the newest Kinvara—a massive success for Saucony which has seen its third iteration come to stores this summer. The latest version retains the form and function of the Kinvara 2, but swaps out material and construction in many beneficial areas. The outsole is more durable, the upper material is other-worldly, and the general running experience remains the same. For those who are not keen on change, don’t be afraid of the Kinvara’s new design. Quite frankly, a shoe that looks this good, and runs this smooth, could convert even the most stalwart fan of the last version to lace up a new pair.

I have worn each version of the Kinvara since its release in 2010, and have found them to be a shoe I recommend often to friends and family looking for a lighter shoe that does not completely eschew cushioning and support. I feel comfortable doing the same about the latest version—and perhaps even more so. After trying the latest Kinvara, I went through my closet to compare them to both the Kinvara 1 and 2, seeking to better define the differences in each iteration. The first version’s toe box was a bit narrow, but was widened in the second version. The upper material in the Kinvara 2 was sometimes thick, but was lightened considerably in the Kinvara 3. These subtle differences define the approach Saucony is taking with this popular model: small changes and improvements instead of drastic alterations. The result is a shoe that ultimately rides smooth and comfortable, built upon a series of steady changes that could go completely unnoticed. A great all-use shoe, the Kinvara 3 is well-suited for track workouts, trail runs, and road races.

The sole unit on the Kinvara 3 features one of the largest changes to the model’s design, featuring a more durable outsole with reinforced rubber on impact zones near the lateral section of the sole. In early testing, the outsole felt slightly less flexible than in previous versions of the shoe. This is a minimal difference, however, and is worth experiencing if it means the outsole will wear less easily than it has in previous years.

The inclusion of carbon rubber in commonly-worn down sections of the outsole is a major improvement, helping to delay wear on a shoe which lacked a sturdy blown rubber outsole material in years past. This was one of the few complaints I had with the shoe—a month into continual wear, and the outsole would start to show its age. So far, the latest Kinvara 3 doesn’t fall suspect to the same wear, and I’m all the happier for it.

The midsole remains very similar to previous models, featuring a lightweight ProGrid rubber material that is fairly cushioned for a minimalist shoe. The shoe’s heel crashpad and midsole cushioning remain fairly unchanged, save for a slightly more beveled heel, which I found reassuring in its similarity to previous versions.

The Kinvara’s latest upper is the show-stealer. It’s not every day that a shoe’s upper steals my attention, but the complete redesign on the upper stands alone in the shoe market today. The flexfilm material, copped from Saucony’s racing shoe line, is a bonded plastic resin that attaches to a lightweight mesh. The result is a sturdy, incredibly thin upper with sock-like flexibility. There are no layers, and no stitching within the upper—and it’s easy to feel the difference. I experienced no blisters or callusing when I first began to wear them, something I couldn’t even say about the Kinvara 1 and 2. The toe box is similarly shaped to the Kinvara 2, which comes as welcome relief for me. This element is still up for debate as far as comfort and flexibility are concerned, as some runners find the toe box to be too narrow on the model still. With a moderately-wide forefoot and a second toe that extends beyond my big toe, I didn’t experience much (if any) discomfort in this area. Paired with a good pair of thin socks, the Kinvara 3 allows feet to breathe on long runs without exposing too much of the foot to mud, dirt, or wetness.

I’ve been wearing and testing Kinvaras since they debuted, and I still find the shoe to be a great option for long-distance minimalist runners and people looking to transition out of heavier, more cushioned shoes. The major aesthetic changes to the shoe belie what is still, at its core, a shoe that is similar to previous models. Outside of the inclusion of new, lightweight material and reinforced elements in the outsole, the Kinvara 3 features slight tweaks to the overall running experience. If you’ve been looking to try out the Kinvara, or have been looking for a good shoe to transition to minimalist running, there’s no better time than now.

The Saucony Endorphin Shift is the high-cushion, daily trainer from the ... (Read expert review)