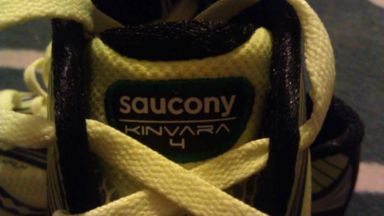 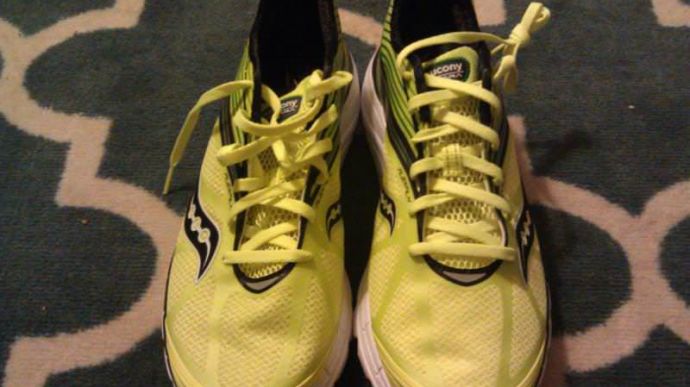 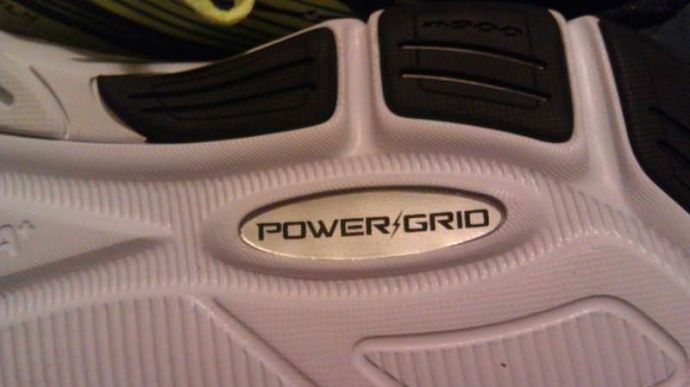 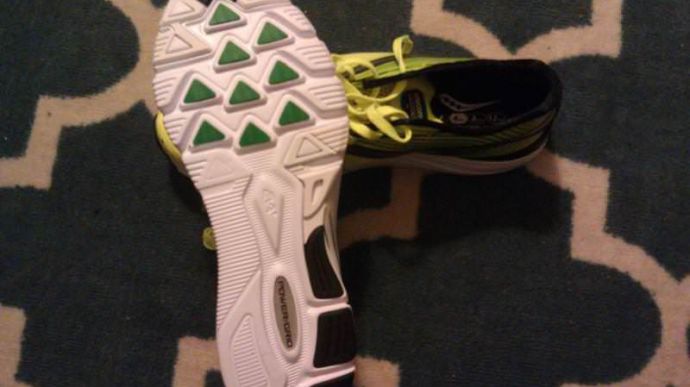 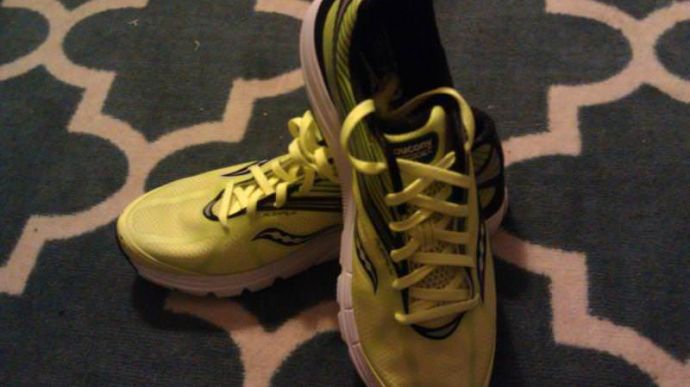 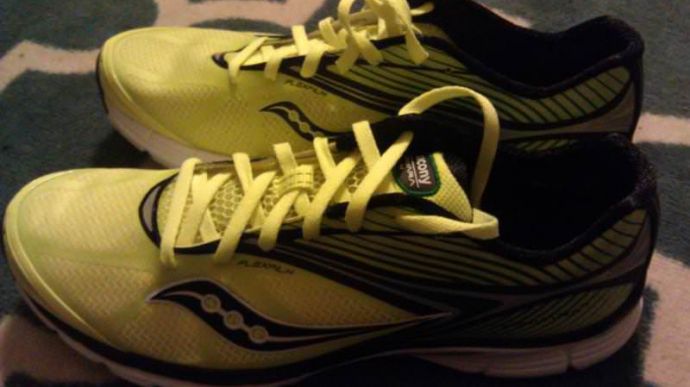 The Saucony Kinvara 4 is the latest version of the venerable minimalist trainer—providing a few tweaks to the model which many attribute to the minimalist boom of late.

The newest version of the Kinvara is more evolution than revolution—with patented design elements from each prior iteration intermingled with new and refined curves.

All told, the Kinvara 4 provides an excellent running experience simply by joining the best parts of the previous models together.

Featuring more hits than misses, the Kinvara 4 provides a well-received and focused minimalist shoe for both newcomers and initiated alike.

In full disclosure, I need to mention that I run in the Kinvara often. Alongside my first pair of Nike Free Run+, the Kinvara was the shoe I chose on a whim when I realized that neutral shoes were not quite right for me. When I say I chose the Kinvara on a whim, I truly mean it—I loved their look, bought into the minimalist concept, and gave them a spin without the dedicated adjudication I’ve gained with experience (and variety, as one might expect from a reviewer).

I enjoyed the Kinvara 1 despite its flaws, finding a way to overcome a narrow toe box and the occasional toe blisters that came with it. I came to expect the two- to three-week break-in period I experienced before truly loving a new pair. All of these things were minor inconveniences, and each new version of the shoe ameliorated some of the problems I faced with its predecessor.

Based on this standard, the Kinvara 4 fits right in with my impressions of the model on a broader scale. Certain fit elements could still be improved (toe room!), familiar break-in periods still persist, but ultimately the shoe provides a comfortable mix of support and minimalist function.

The Kinvara 4 demonstrates a milestone for the model—in its fourth year, there is enough data and design notes to create the first new version of the shoe which is not radically different than earlier models. The latest version looks like an amalgamation of those that came before, demonstrating a certain maturity where subtle changes trump flashy alterations.

The sole unit of the Kinvara 4 is very similar to that found in the 3—a lightweight foam with reinforced hard rubber pads on high-wear areas with a slim profile and a slight heel-to-toe differential (4mm drop). The largest change comes by way of the new PowerGrid compound in the heel, which boasts a lighter and more durable material than ProGrid.

The Kinvara 4’s upper is perhaps the biggest difference-maker when it comes to the new version of the shoe versus older models. Gone is the fused plastic design of the 3, much to this reviewer’s chagrin, as the new upper material feels less durable. The latest version still makes use of FlexFilm material overlays on soft, breathable mesh fabric, but the ribcage-like design of the previous model is eschewed for something more similar to the upper of the Kinvara 2.

My discontent about this change was reinforced by one unfortunate trail run where the upper ripped open after my foot snagged on a log—resulting in a gnarly cut to my foot and a quarter-sized tear in the upper. After a bit of shoe surgery, I was able to stitch the dual-layer fabric back in place and haven’t had an issue since. A freak incident, perhaps, but one which seems less likely to occur with the Kinvara 3’s upper.

Anyone who tends to be rough on their shoes (or, if you’re like me, just plain clumsy), take notice.

Outside of my gripe regarding the upper’s durability, the shoe is as comfortable as ever—no blisters, no major discomfort, and an overall smooth ride right out of the box. My usual break-in period was only about a week instead of the usual two, which was a welcome change.

The toe box on the Kinvara 4 is very similar (if not identical) to that of the 3, so buyer beware if this is a concern on the current model.

All told, I like what Saucony did when it came to the Kinvara 4—no big changes, no drastic redesign, and nothing overly gimmicky. The Kinvara 4 is a lesson in successful branding—the shoe has a following, has a design aesthetic, and has creature comforts and fit characteristics that its customers have come to expect.

With such a popular shoe, it would be silly to make major changes. Saucony created the perfect reboot to a well-designed shoe, opting for smaller changes which hearken back to earlier models while still offering a fresh take on a familiar classic.

I’m interested in seeing where this model goes from here—with its design fairly cemented, it will be interesting to see what future iterations bring.

We thank the nice people at Saucony for sending us a pair of Kinvara 4 to test. This did not influence the outcome of the review, written after running more than 50 miles in them.