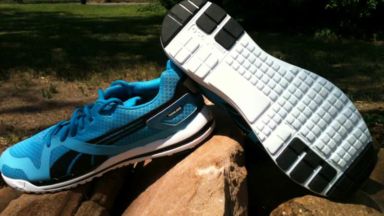 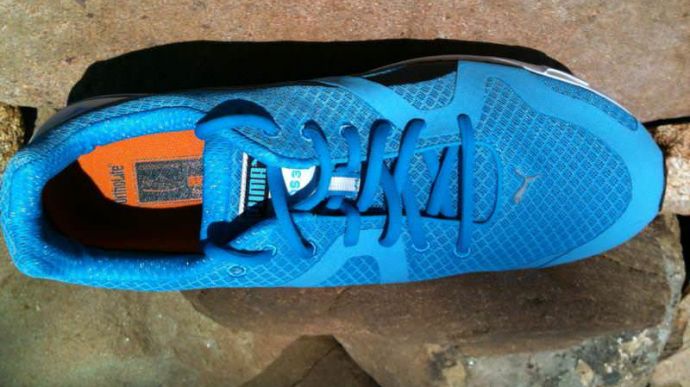 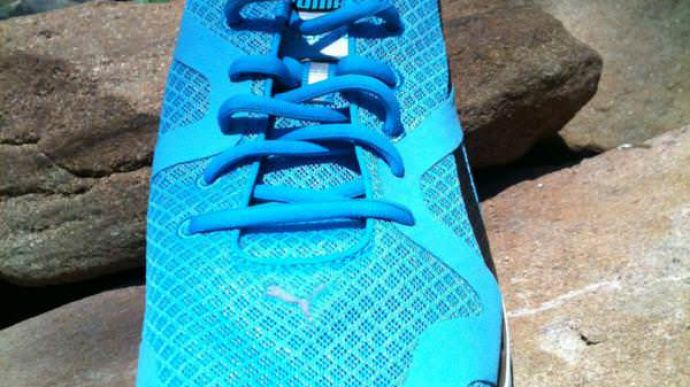 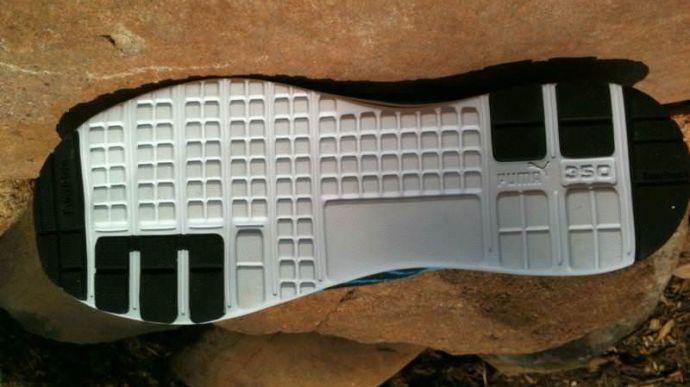 The Puma Faas 350 S is a great addition for any runner interested in a lightweight responsive shoe for fast training/racing. It would also be a good shoe for those looking to make the transition into a minimalist style shoe.
WHERE TO BUY
LOWEST PRICE
$85.00
SHOE INFO
Puma
Brand
Faas 350 S
Model
Racing
Type
8.7 oz. (247 gr.)
Weight
85.00 US$
MSRP
WHO IS IT FOR
Neutral runners looking for a lightweight shoe either for racing or training, or runners trying to transition to minimalist running shoes
Help me choose

Why are the Jamaicans the fastest sprinters on the planet? And how can we learn from them? These were the questions that Puma sought to answer. Their response?The Puma Faas line of shoes. The Faas line, which translates to “fast” in Jamaican, includes 9 different shoes that range in amount of cushioning from the Faas 200 (minimal) to the Faas 900 (plush).

When I received these shoes for review I was excited to see that Puma has joined the eco-friendly movement by reducing the amount of cardboard in the box and adding a reusable polypropylene bag for carrying – a nice bonus that came in handy immediately. I was planning a trip to North Carolina and looking for space and weight savings when packing my carry-on bag for the plane. These new shoes with carrying bag fit the bill perfectly.

My first run in the Puma Faas 350 S was a fast 8-mile run on a winding, paved farm road. From the beginning, the shoes felt great. They were responsive, comfortably flexible, and showed good breath ability in the heat and humidity to which I subjected them. About halfway into the run, I met my first disappointment: I wasn’t careful enough to avoid a small rock on the side of the road, and felt every sharp and angular bump when my foot landed on it.

Based on my most recent run in the Puma Faas 350 S, I’d say these shoes are winners… pun intended. Yes, I know that Usian Bolt – an inspiration for the Faas line – won the 100m in this year’s Olympics. But that’s not the win I’m talking about here. I wore the shoes for a local 10K, and was pleased that my initial impressions of the shoe held true;my foot felt comfortably locked in and responded to my every stride – even with significant ascents and descents on 10+% grades. In fact, the Faas propelled me to a victory. I thought about doing a victory lap or two, like Bolt would; instead I just smiled and decided that to win was all I needed in common.

The 350 comes in on the bottom half of Puma’s cushioning scale, but still has enough spring to make this Nike Pegasus-lover comfortable. The Faas midsole is constructed of one piece of EVA foam and has a medial flare to allow both cushioning and stability. When inspecting the sole, you will note the Faas Foam flex grooves that provide a form-fitting, flexible ride. You will also note that much of the midsole is exposed, therefore doubling as the outsole. This is a great benefit for both flexibility and weight savings. However, it may also cause some problems with traction and wear. I have heard that some wearers have experienced reduced gripping during wet conditions. I can’t speak to this, as my lovely Colorado weather hasn’t given me a rainy day to train in. I will say that on dry asphalt the EVA foam grips very well. As for the wear issue, after my first 8-mile run I noted some minor wear to the forefoot sole and wondered what it would look like after hundreds of miles. I’ve now put in close to 100 miles and have continued to see wearing, but believe they should make it to my normal 300-500 miles of shoe use.

The outsole portion of the Puma Faas 350 S is very minimal to reduce weight and increase flexibility. There are, however, several EverRide pads that have been strategically placed in high wear areas. I am afraid that my less than perfect gait results in a foot strike outside of this pad placement and thus is chewing a little foam off with every stride.

The upper is constructed of a breathable AirMesh. This very simple design is reinforced with a bonded synthetic-suede cage that wraps the midfoot for added support. Both of these features result in a great feel. During several hot and humid runs, I was able to feel the breath ability of the mesh and believe it would be sufficient for even the sweatiest feet. The lack of much overlay not only helps breath ability, but also offers a sock-like feel that is still sufficient to keep my foot locked in and responsive on hilly runs.

As I’ve noted several times, I love my super-cushioned shoes for the bulk of my training, but I have come to really enjoy the Puma Faas 350 S as a lightweight trainer and racer.The design has resulted in a shoe that is form-fitting, comfortable, and responsive. I will use them for weekly speed workouts on the track or pavement and will look forward to calling on the Jamaican speed for my next 5K or 10K road race.

We thank the nice people at Puma for sending us a pair of Faas 350 S to test. This did not influence the outcome of the review, written after running more than 50 miles in them.