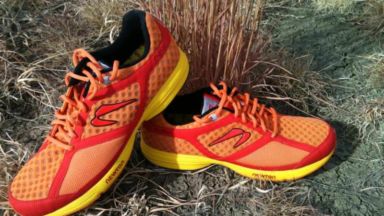 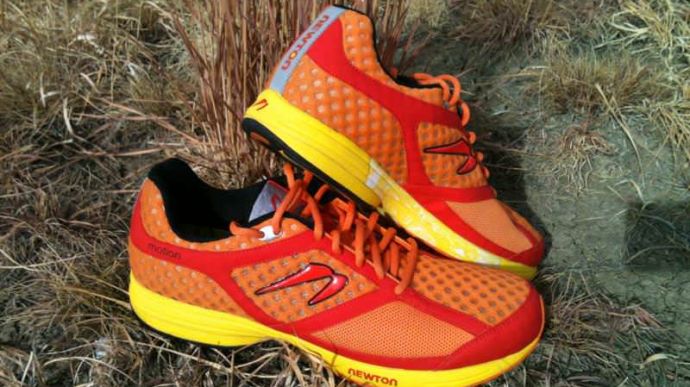 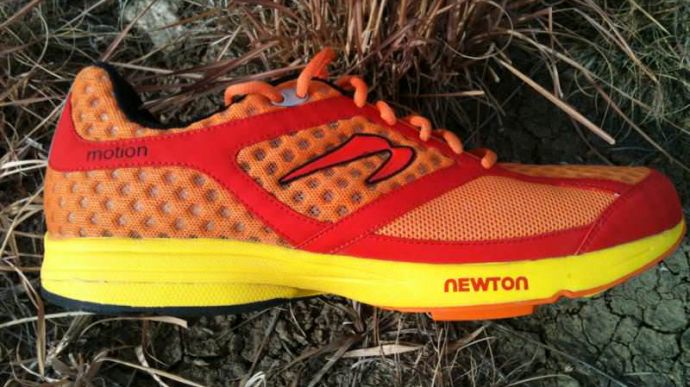 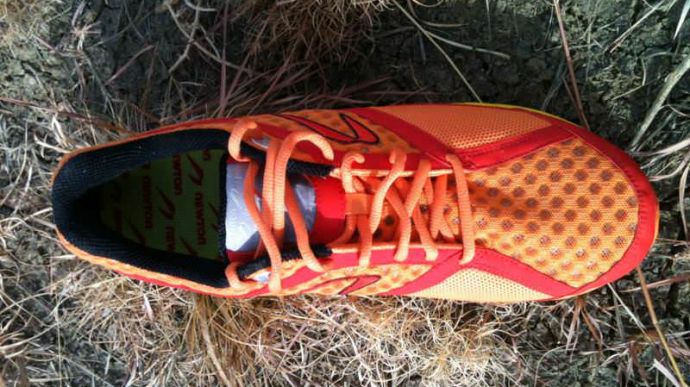 The shoe is responsive, lightweight, and stable. It is well suited for daily training, long runs, speed work or even racing.
WHERE TO BUY
LOWEST PRICE
$79
SHOE INFO
Newton
Brand
Motion
Model
Stability
Type
9.3 oz. (264 gr.)
Weight
175 US$
MSRP
WHO IS IT FOR
Recommended for runners looking for a more natural running motion.
Help me choose

At Newton Running, they believe you were born to run. Literally. Therefore, their shoes are designed to actively support you, allowing you to rediscover and strengthen your natural running motion. How have they done this? Science and research.

Their Action/Reaction TM technology provides a responsive, engaging cushioning that seeks to capture some of the energy from each step — as opposed to most running shoes, which lose energy as they are engaged.

I have owned Newton shoes before and enjoyed their lightweight responsiveness. So I was excited to try the Motion, a stability performance trainer. When they arrived I was already laced up and ready for a run in my usual Nike Pegasus, but immediately donned the Newton Motions and headed out for a cold but easy 5 miles.

As I remembered from my previous Newtons,the Action/Reaction TM lugs initially take some getting used to. Walking around, the shoes feel similar to a cycling shoe with a cleat attached to the midfoot. Fortunately though, these shoes weren’t meant for walking; once you begin to run, the awkward feeling fades away as your foot adjusts to the intended midfoot strike.

On the run, I was pleased to experience the responsive boost with each strike. It really did seem that some energy from my step was returned in my rebound! (I don’t think I’d go so far as to say “trampoline” like Newton claims, but certainly a noted spring.)

This excitement, however, also came at a cost. I do love my cushioning in a running shoe, and the responsive action meant some of the dampening that I’m used to was lost. This also meant the shoes soles felt somewhat stiff,which initially made me wonder if the cold morning run had frozen the foam soles. But future runs in warmer weather proved to have the same feel.

Despite my cushioning concerns, I decided to tack on a 3 mile tempo to my initial run to get a feel for the shoe at a faster pace. Again I was pleased with its responsiveness and light weight.

At 9.3 ounces, I envisioned wearing the Motion for tempos, intervals, or even as a race shoe. When I arrived home, I was very positive about the shoe and was looking forward to many future runs. But when I took them off, I was in for a disappointment: the outside of my ankle was rubbed raw and had soaked my sock with blood. I guess my excitement over the new shoes(and possibly the numbing cold) had covered over the injury during my run.

Unfortunately this was not my first encounter with this type of injury; God has given me ankles that require a shoe with a very low ankle collar, and even then I sometimes have problems on long runs. (I had such bad bruising on my ankle after one 50-miler that I was forced to wear only flip flops for a week.)

Despite my history, I hoped these shoes just needed some breaking in and the ankle collar might soften and mold to my low ankle. This was never the case. I let the initial injury heal and then tried running in different temperatures, sock thicknesses, and distances. Each time I had difficulty, ranging from mild discomfort to more bloody socks. My previous Newtons never gave me this problem, so I don’t attribute it to any general design flaw, but unfortunately my anatomy won’t allow me to enjoy these performance trainers any longer.

The heel-to-toe drop of the Newton Motion is 3mm, but when walking around in these shoes you will swear you are leaning backwards with a negative drop. Often running in shoes with such a small drop makes my Nike Pegasus-loving legs scream after workouts, begging for their normal 12mm. With the Newtons this was not the case. Chalk it up to the more natural running motion, but I could easily train in these shoes on a daily basis (if it weren’t for the ankle rubbing).

The midsole of the Motion boasts a biomechanical metatarsal sensor plate that allows your feet to “feel” the ground and respond appropriately. The Action/Reaction technology relies on a very responsive high-rebound membrane, that when your foot lands on the ground, the lugs depress into the membrane. When you lift your foot, the membrane releases energy, thereby giving you feeling of forward momentum.

A section of the midsole, showing the actuator lugs

This was definitely noticeable, as my foot falls felt more springy and less energy-absorbing and cushioned. As a stability trainer, the Motion has a dual-density medial posting in the midfoot, which gives a very stable feel.

When looking at the sole of any Newton shoe, the lugs of the outersole are most striking. The Motion has four such lugs that stick out and give rise to the Action/Reaction technology that Newton is known for. These lugs are made of high-density rubber and should hold up well as they are where the brunt of the wear is focused. Carbon rubber covers a portion of the other high-wear areas of the heel.

The Newton Motion upper is made of a very breathable and fast-drying open mesh. To cut weight there is very little in the way of support strapping, but this doesn’t result in a sloppy feel. The shoe grips the foot well but doesn’t constrict. I especially like the metatarsal stretch panels that allow for a little more give in a place where many shoes can develop hot spots.

I’ve noticed that in several of my recent shoes I’ve torn out the toe box, and I wonder if the Motion’s stretch panels would be of benefit or extra weak spots for the shoe. Time will tell.

As with all Newton shoes, the uppers of the Motion have ETC antifriction and antibacterial technology built into the sock liners.

I didn’t run long enough in these trainers to test the antibacterial aspect, but I can imagine this would be of benefit — especially during the summer months when my shoes can develop an odor after long sweaty miles.

As I’ve mentioned above, I can’t comfortably wear these shoes. My ankle anatomy is such that the ankle collar of the Motion causes painful rubbing. If you have had similar issues with running shoes, be cautioned that these shoes may also cause problems.

Aside from that aspect, I do like many features of the Newton Motion. The shoe is definitely responsive and seems to give a bit of a springy rebound with each stride. Its lightweight, stable design makes this a shoe that can work in most running situations: from daily training,to long runs, to speed work, to racing.

I’d recommend it to runners looking for a more natural running motion, who also appreciate the years of research and design going into the Action/Reaction TM technology.

We thank the nice people at Newton for sending us a pair of Motion to test. This did not influence the outcome of the review, written after running more than 50 miles in them.

Visit ShopRunningWarehouse.Com
This page contains affiliate links. As an Amazon Associate I earn from qualifying purchases.
WHERE TO BUY
LOWEST PRICE
$79