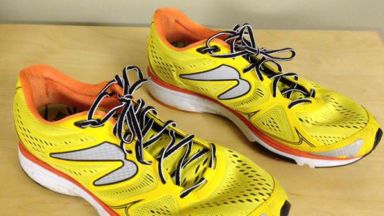 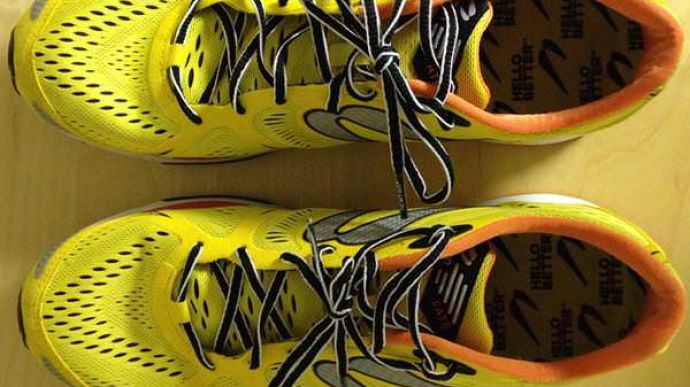 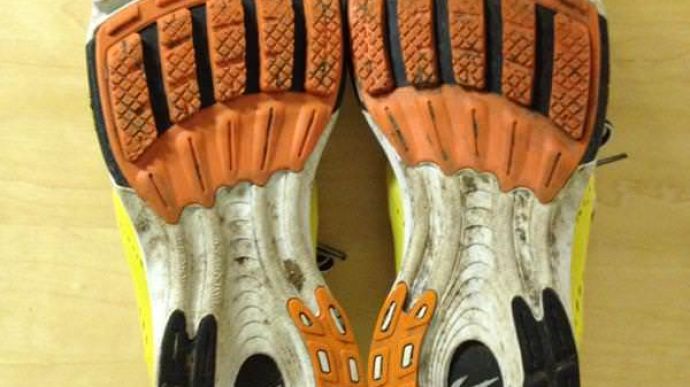 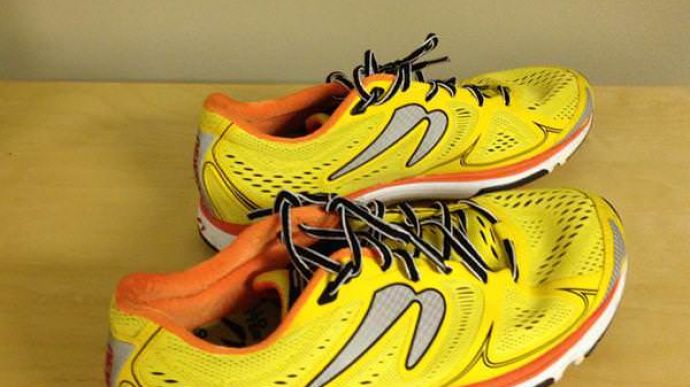 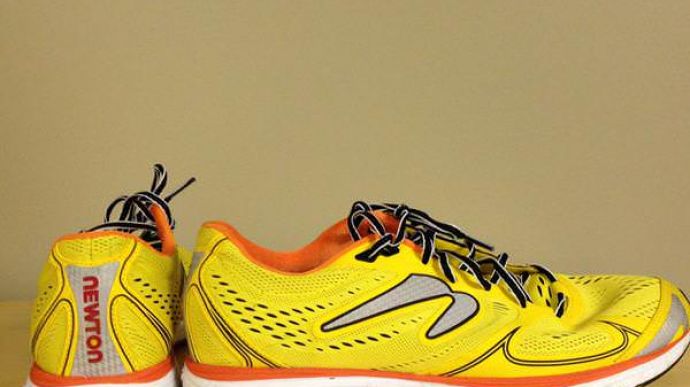 While at first they felt stiff and awkward to run in they improved with every run, and have grown into my favorite shoes for logging easy road miles in. And they seem to possess more than enough durability to be up to the task for the foreseeable future. Its hard to imagine how long it will take to wear out the massive sole pods, and the upper also seems to be well put-together out of robust materials. It is obvious, however, these shouldn’t be used much beyond the bounds of road or path runs. While the big lugs could lead one to believe otherwise, they slip allover the place on trails, especially on hills. And they further lack capacity as a racing/speed shoe, the soft P.O.P. 2 lugs which contribute to the excellent comfort level on easier runs just absorb far too much energy in faster efforts.
WHERE TO BUY
LOWEST PRICE
$77
SHOE INFO
Newton
Brand
Fate
Model
Cushioning
Type
9.4 oz. (266 gr.)
Weight
129 US$
MSRP
WHO IS IT FOR
A mid-foot striker looking for a neutral, reduced drop, daily trainer which isn’t super flexible.
Help me choose

Newton designed the Fate to be a neutral trainer with a “milder” version of its P.O.P. system, P.O.P 2. The means its ride would be more similar to that of a standard low drop shoe than earlier Newtons, whose lugs pop in and out of the shoe more.

Currently the Fate and Kismet, which by all indications seems to be identical to Fate except in the addition of a medial bridge for extra support, are the only models to contain the P.O.P. 2 technology.

For anybody somewhat apprehensive about spending the money to try any pair of Newtons radically strange looking lineup the Fate, or Kismet if you’re looking for extra support, would be a great place to start.

The ride, while somewhat strange, was by no means radically different from that of other shoes. The only real difference was a very slight extra delay between when I rolled off of my mid-foot until my toes touched the ground to push off.

The sole is the defining characteristic of any Newton shoe, with the 5 massive lugs under the ball of the foot. The was the first pair of Newton shoes I’d ran in. They were awful. The lugs were stiff and created pressure points under my foot.

They also produced a maddening squeaking noise. Thankfully this all went away after a few miles and the unit came to shine. The lugs found on this shoe are Newton’s P.O.P 2 variety, which were designed to be “milder” than the lug systems found on other Newton shoes. What this translated into was the shoes feeling as if they had a stiffer version a Nike Zoom Air pod under the forefoot.

Moving on to the more traditional parts of the sole unit it becomes apparent that the foam used is of a fairly dense variety. Even without the shoe having any plastic shanks, the dense foam leads to entire shoe feeling fairly inflexible, especially when compared with other shoes of similar drop heights.

As for the rubber the shoe is made of, it feels like a decently soft compound. This is probably why the mini traction lugs sheared off so quickly (pictures were taken with less than 50 miles on the shoes, they have almost disappeared by 60 miles).

Thankfully the rubber is applied extremely generously which means there should be some left underfoot for a very long time while the soft compound helps produce strong grip on even soaking wet roads.

The upper on this shoe is extremely well suited to it’s intended purpose. It is not of the newer lightweight seamless variety with incredibly thin materials. Going from the inside out, you start with some soft-touch, nearly felt-like fabric which is very comfortable against the foot.

Due to the plushness of the fabric the few seams present – I count about three per shoe, two on the outside of the ankle and one at the bottom of the laces – tend to receded into the fabric in a way that you wouldn’t really notice their presence while running.

Moving outwards the shoe is covered in a thin, albeit very tough feeling fabric which allows for a reasonable amount of breath-ability. On top of the outer layer are some welded overlays to provide extra support were needed, overall they did their function in keeping the foot properly locked in.

The only real downside in the upper construction was the lack of any drainage ability whatsoever, these shoes tended to stay wet for a very long time, another reason I can’t recommend using them for use off of roads.

Perhaps the most important of a shoes upper, however, is its fit. And in that department Newton did an excellent job. The heel and mid foot fit well, similar to almost any standard running shoe, neither sloppy nor tight like a racing shoe.

The toe-box tends to be the hardest part to find a good fit in, and, at least for my foot, the toe-box was perfect. It had adequate room for my toes to splay out but was snug enough that my feet wouldn’t slip around inside the shoe on hard turns.

Overall it is safe to say that the Fate delivered on the promises Newton made about the shoe. It’s not only a great trainer, but it does a good job of presenting the P.O.P. system Newton is built around while maintaining a fairly normal ride.

Adding the fact that this shoe seems like it will be great condition for hundreds of miles to come, I have no reservations about wholly recommending this shoe to somebody looking for a reduced daily trainer.

We thank the nice people at Newton for sending us a pair of Fate to test. This did not influence the outcome of the review, written after running more than 50 miles in them.

Visit ShopAmazon.com
This page contains affiliate links. As an Amazon Associate I earn from qualifying purchases.
WHERE TO BUY
LOWEST PRICE
$77