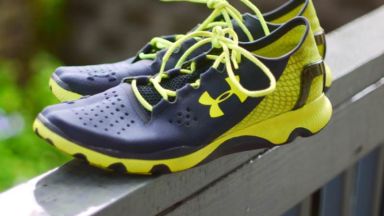 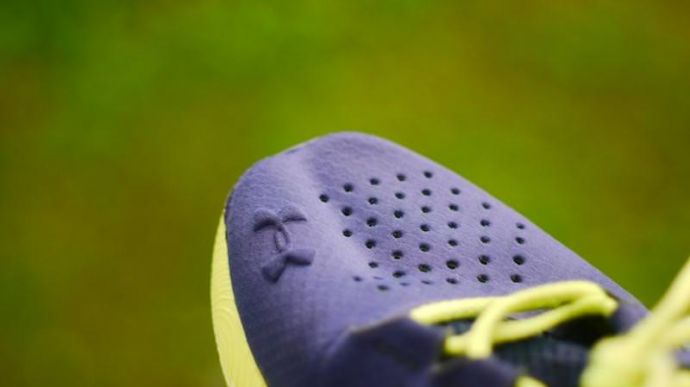 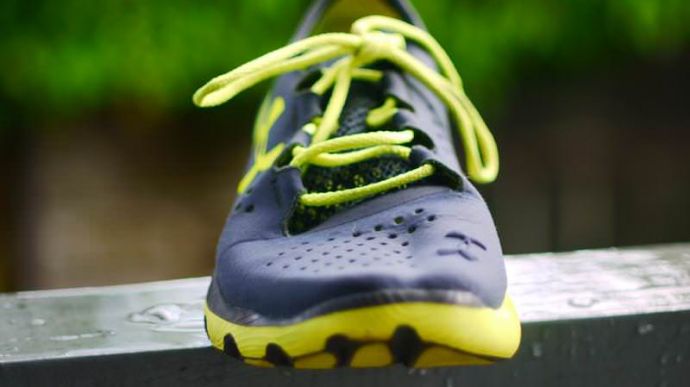 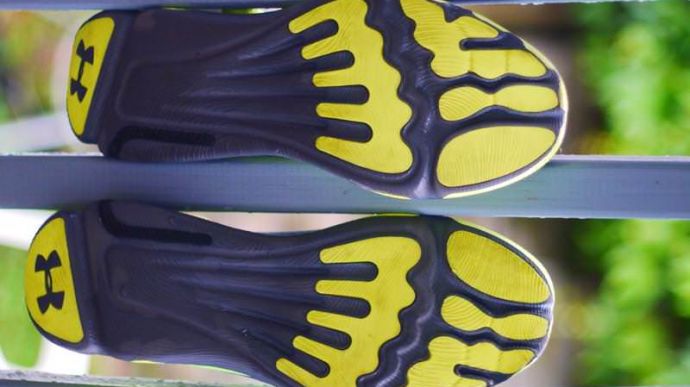 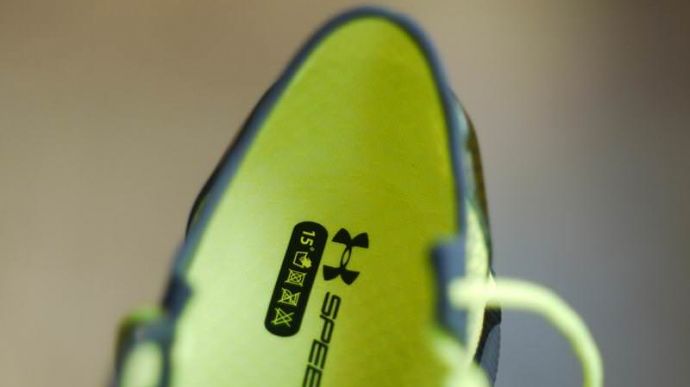 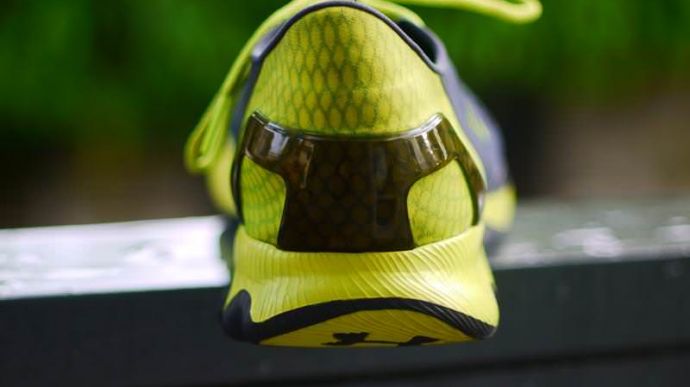 The Under Armour Speedform Apollos are lightweight low to mid distance trainers that come from a unique design environment. Under Armour translated a few clothing design techniques into shoe manufacturing and did a pretty good job.
WHERE TO BUY
LOWEST PRICE
$99.99
SHOE INFO
Under Armour
Brand
SpeedForm Apollo
Model
Lightweight
Type
6.5 oz. (184 gr.)
Weight
99.99 US$
MSRP
WHO IS IT FOR
Low to mid distance runners who want a lightweight and modern looking shoe.
Help me choose

I put these shoes on and went so fast I broke two treadmills in a row (I’m not joking). The take away from that is the Apollos do hold up well at high speeds and let’s say some Sports Club in Boston doesn’t maintain their treadmills. These shoes won’t magically make you go fast, but they do feel light and remind me of Nike Frees mixed with some racing flats.

Under Armour is mostly know for their clothing and accessories. They’ve only been on the footwear market for 8 years, I know some people who have had the same shoes for 8 years!

Although new to the shoe industry, this is not their first running shoe. The Apollos are the next generation in the Speedform line, replacing the Speedform RC shoe.

Under Armour really cares about the image of their shoes, the Apollos came stuffed with plastic shoe shape holders in order to keep their clean look and not flop about in the box.

I could see why they used shape holders, these shoes are pretty floppy due to their thin upper and lack of stiff supporting sections.

It’s clear Under Armour is trying to make these shoes look cool. The sole features rubber in the pattern of a foot x-ray. I didn’t ask any of my med school friends how accurate it was, but I liked it.

Does it actually make a difference compared to conventional grid-like soles? Not that I could tell. In fact, the lack of raised rubber patches made the shoes a bit slippery on grass.

It seems Under Armour is trying to find a balance between too much rubber and not enough, considering they added more rubber to the Apollos since the RCs. There’s also an interesting vein/fingerprint like pattern on the entire sole.

This pattern looks nice, but was fading after 50 miles of running so it wouldn’t provide long term traction.

The sole also features a TPU shank. Although it sounds like a type of prison attack (and might be), it’s actually a rigid piece of plastic designed to strengthen the mid sole.

Lots of lightweight shoes are using this nifty polymer wedge to strengthen parts of the shoe, like the Saucony Mirage 4s. It does provide a bit of rigidity to the sole, but not too much since I’m able to bend the whole plastic piece with a few pounds of force from my finger.

Under Armour was looking for a way to have an ultimate fit on your foot, so they went to where a close fit is also important: bras. Yup, that’s where they got their inspiration for the seamless heel cup and tight fitting upper.

The upper has a small divot along the big toe, making the upper fit ever so slightly closer to your toes. I didn’t’ notice much, I actually expect this crease to disappear after a few hundred miles.

With all this tight fitting material, it’s important to have enough ventilation. The main material for the upper is not very permeable, so it was good to see all the little holes punched through the upper around the toe and sides. The tongue itself is mesh, so you’ll get the most cooling there.

I honestly expected these shoes to fall apart when I got them. I was hesitant to believe such a lightweight shoe from a company not versed in shoe manufacturing could put out a product ready to handle 10 mile tempo runs and sprints on treadmills.

I was pleasantly surprised when these shoes held up and I loved the streamlined look of the shoe. I don’t find these shoes well suited for distance running, but I would recommend them to a friend who doesn’t put in too many miles per week and wants a shoe that stands out.

I know this shoe has very good ratings on the web, I just don’t think the shoe has all the glory Under Armour says it has. Under Armour has a lot of potential, I’m excited for their next running shoe!

We thank the nice people at Under Armour for sending us a pair of SpeedForm Apollo to test. This did not influence the outcome of the review, written after running more than 50 miles in them.