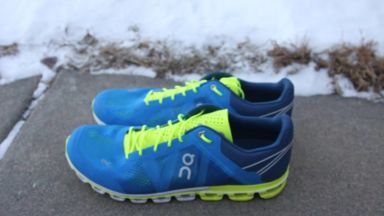 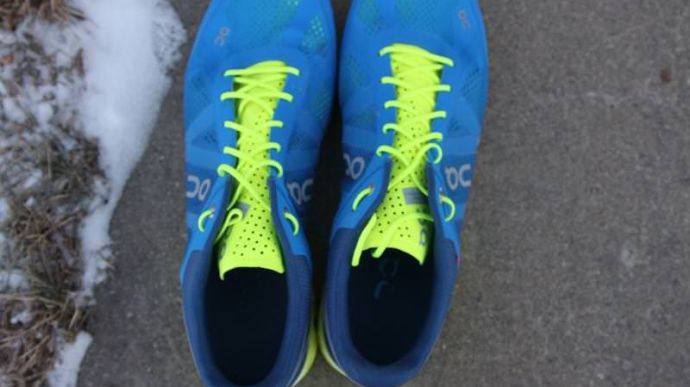 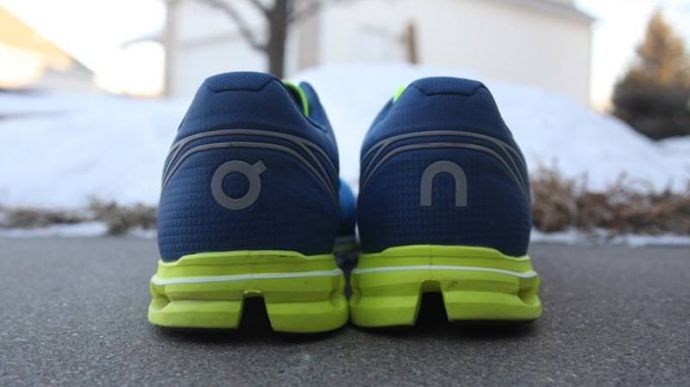 The On Cloudflow is a lightweight performance shoe by this relatively new shoe company. This shoe is billed as On's distance racer offering, and it hits the mark for a racer or tempo shoe.
WHERE TO BUY
LOWEST PRICE
$113
SHOE INFO
ON Running
Brand
Cloudflow
Model
Lightweight
Type
8.20 oz. (232 gr.)
Weight
140 US$
MSRP
6 mm
Heel Drop
Nov / 2016
Release Date
WHO IS IT FOR
This shoe is for someone looking for a lightweight racer or tempo shoe to add to their arsenal. It is meant for experienced runners who have developed form and ideally are lighter weight themselves.
Help me choose

The On Cloudflow is a relatively new offering to the performance market of shoes and has not gotten a lot of press in many areas.

This shoe is made for those wanting to push the pace and/or are looking for a racer that still provides some cushion.

In these areas, this shoe absolutely hits the mark, and quickly became a favorite of mine for hill repeats or tempo runs. However, the lack of higher cushion was a let down on longer training runs.

The Cloudflow is at or near the top of the offerings by the company. Designed for pushing the pace, these shoes hit the mark.

I have read testimonials of runners using these shoes as racers for half and full marathon levels and saying they performed at a high level.

At the $140 price point, these shoes land on the higher end of the spectrum and will see competition from shoes with much higher cushion levels. However, they will line up nicely against the likes of the Nike RN Motion or the New Balance Vazee 2090.

When I first received the shoes, I was impressed by the look. They are slightly wider in the toe box than most shoes and a little flatter/lower profile.

Because of this, they were very striking and pleasing to the eye. Upon my first wearing of them, they were very comfortable for everyday wear (I wore them to work as a teacher standing all day).

On my first run, they did very well, as they went 10k with varying paces and were responsive to all parts of the run.

The sole unit of this shoe uses a couple of different technologies to help ensure responsiveness and a fast feel. The most noticeable of these technologies is the Cloud-Tec sole, which uses 18 individual “clouds” through the sole to displace pressure and add cushion.

These clouds, when coupled with the company’s “Zero-Gravity” EVA foam, make for a very light sole unit that helps you crank up the speed.

Through the sole unit there is the ever-present “Speedboard.” This board, which is within the Cloud-Tec, is built with a responsive flex and rocker that the company claims promotes and encourages the natural rolling process.

This semi-stiff board also helps you to more explosive toe-offs.

The outsole of the unit is made of a medium-high grip rubber that performed well on a variety of surfaces and conditions.

During my testing I ran on pavement, crushed gravel and dirt paths, and this shoe did admirably on all of them. They also did well in wet surfaces and on snow.

However, like most shoes, they were unable to handle icy or snow/ice conditions.

When it comes to the amount of cushion, I would say these are a lower 3 on the 5-level scale (1-barefoot, 5-ultra cushion). The cushion was great for shorter or faster runs. It even held up well on lower double-digit runs.

However, on mid-to-high double digit miles, they broke down a bit. I could see this cushion being a great option for a marathon racer. However, for a trainer it lacks some of the cushion for which I personally search.

The last of this shoe is one of the better that I’ve seen during my testing. The shoe is narrow in the heel, which locks in well, then splays out in the toe box for even more comfort.

ON Cloudflow – Lateral Side

This toe box does not compare to that of Altras and their foot-shaped upper. However, they open up nicely and give your toes room to spread out as you run. Overall, these shoes run true to size and quite comfortable in the sizing.

The materials of the upper are striking as well. The upper itself is seamless, with a strong, springy mess that moves and flows with your foot as you move through your transition.

This mesh is also a great addition for its breathability — in both directions. It helps keep the foot cool during all runs.

One of the bigger drawbacks of this shoe is in the upper. The laces that are provided with the shoes are thin and can easily become untied during runs if not taken care of correctly.

I even had them come untied after being double knotted. This drawback is relatively minor. However, it is something that will hopefully be addressed in updates, and something of which you should be made aware.

Overall, these shoes are fantastic tempo shoes and some that I plan to use for races on pavement this spring/summer. They are incredibly responsive and fast, and have the cushion you would want for a good racer.

The negatives of the shoe — lacking high-level cushion and lacing — are there, and easy to be seen.

However, these negatives shouldn’t scare anyone away from this shoe if you are looking into them for the purpose for which they were designed.

But be aware of the areas in which they lack before you commit to spending $140 on a new pair of shoes.

We thank the nice people at ON for sending us a pair of Cloudflow to test. This did not influence the outcome of the review, written after running more than 50 miles in them.

Visit ShopRunningWarehouse.Com
This page contains affiliate links. As an Amazon Associate I earn from qualifying purchases.
WHERE TO BUY
LOWEST PRICE
$113

Similar shoes to ON Running Cloudflow