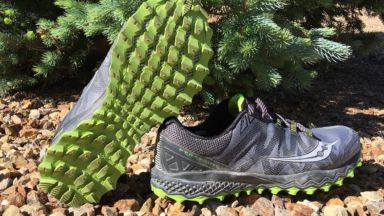 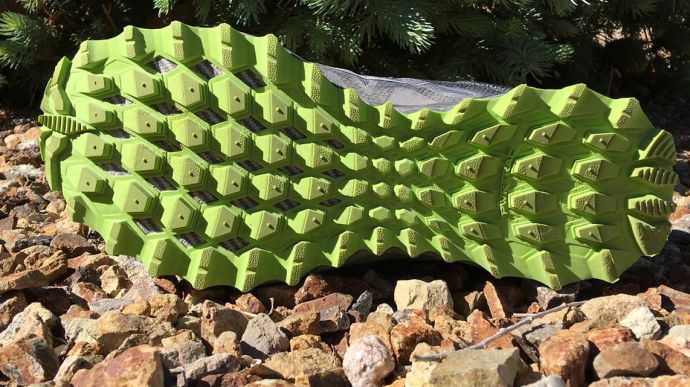 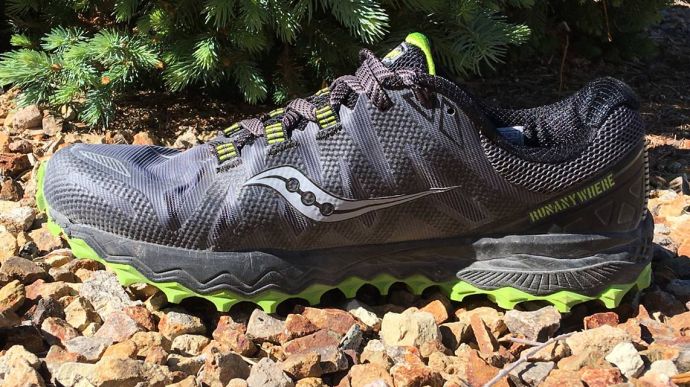 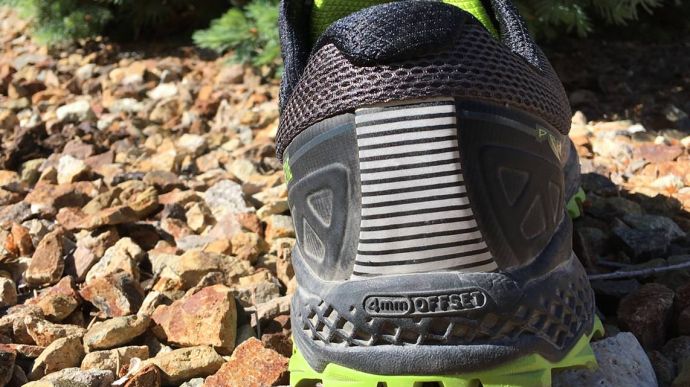 The Peregrine 7 is a dialed in versatile trail shoe that is capable of tons of miles and is well suited for a variety of runners and terrain.
WHERE TO BUY
LOWEST PRICE
$120
SHOE INFO
Saucony
Brand
Peregrine 7
Model
Trail
Type
9.6 oz. (272 gr.)
Weight
120 US$
MSRP
25 mm
Heel
4 mm
Heel Drop
Peregrine 3
Previous model
WHO IS IT FOR
Any trail runner wanting a durable all mountain trail shoe that can also double as a race /trainer up to ultra-distances.
Help me choose

As it states, this is the seventh version of Saucony’s popular trail shoe the Peregrine. After some major design changes in the 6 the shoe took on a new life.

The Peregrine 7 looks to have some of the features of the 6 that helped make it wildly popular with some retooling of the upper to improve fit and comfort.

The Peregrine has been a mainstay in my shoe arsenal for a while and a go to for me for several reasons. However, after the first two versions aside from just a few tweaks the shoe has not changed much.

While not all that bad there were aspects of the shoe that needed addressed such as its narrow fit and possibly a bit more forgiveness in terms of cushioning.

Enter the 6 last year which saw the first major changes in a while evolving the shoe from being a good trail shoe to an awesome trail shoe.

When I received my test pair of 7’s I could see changes to the upper right away and once on the fit was noticeably different both good and bad.

My initial outing the shoe felt like the 6 as the midsole and outsole have remained fairly untouched and the shoe performed as good if not better than I had expected.

For this version of the Peregrine there has been a slight update to the midsole by making it a full-length material versus the two foams that was used in the 6.

A continuous layer of EVERUN now fills out the entire midsole of the shoe. This compound is neither too firm nor too soft, but falls perfectly in the middle in terms of responsiveness and cushioning.

The ride of the 7 is well balanced offering enough cushioning that I didn’t feel beaten up after longer runs and had decent ground feel with an excellent transition.

The PWRTRAC outsole with EBO rock plate is unchanged. The aggressive 5mm directional lugs continue to be spot on in just about any condition and over any terrain and really excel when climbing and descending.

This outsole is also extremely durable showing very little signs of wear after 50+ miles of use.

The biggest change between the Peregrine 6 and 7 is the upper. The Peregrine 7 features a TPU Exo skeleton for improved structure. The 6 had utilized Flexfilm overlays that were also being applied to their road shoes.

This exoskeleton has nearly eliminated the need for any stitching in the upper reducing the chance for hotspots or discomfort.

The toebox of the 7 is the roomiest one by far and felt that I had ample room. One drawback that I experienced was the shoe to run small and the initial pair I received my toes were right against the end of the toebox.

After moving up a ½ size the problem was gone and I could enjoy what the 7 had to offer. The toe-bumper is an extension of the TPU skeleton and is light offering very little protection, so if you are a person that stubs your toes a lot beware.

When looking to the rear of the shoe the heel cup height has been lowered and some additional padding has been added. This should help reduce the rigid feel that many complained about in the 6.

I did notice a bit more flexibility compared to previous versions with the lock down still being as good as ever.

The medium padded gusseted tongue was comfortable and Saucony has eliminated the metal gaiter ring from the 7.

Out of all the versions of this shoe that I have run in over the years I can say that this is the best one yet. Aside from the sizing issue, which is easily remedied, the 7 is light, fast, nimble, and well suited for almost any terrain.

This shoe really shines on steep ascents and descents and the responsiveness of the Everrun sole makes faster paces effortless.

Unlike Past versions the narrow toebox has been eliminated and the initial stiffness of the sole that required some breaking in is no more.

The Peregrine 7 is ready to go right out of the box for tons of miles making it an excellent choice for any runner looking for a lightweight versatile daily trail shoe or all mountain race/trainer at any distance.

We thank the nice people at Saucony for sending us a pair of Peregrine 7 to test. This did not influence the outcome of the review, written after running more than 50 miles in them.