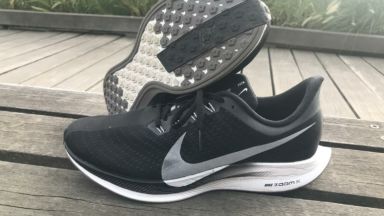 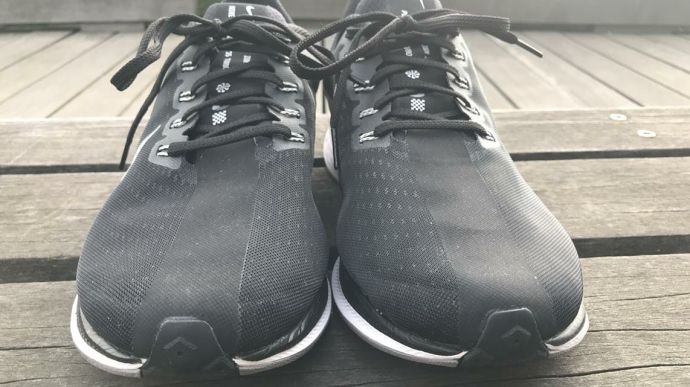 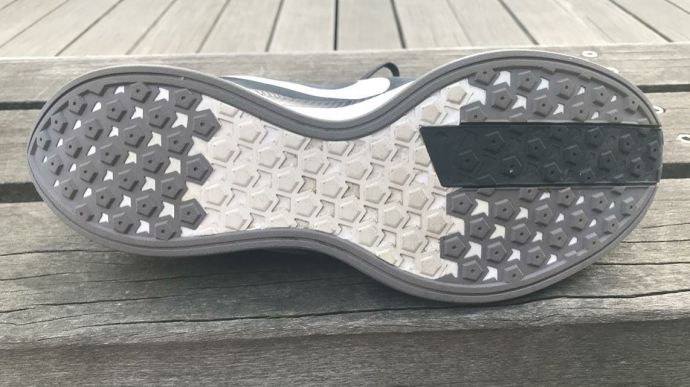 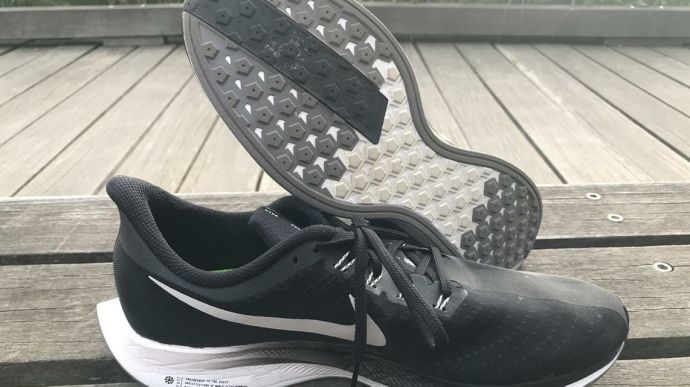 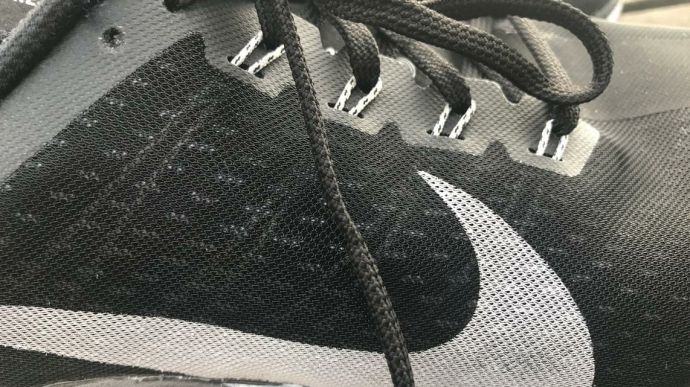 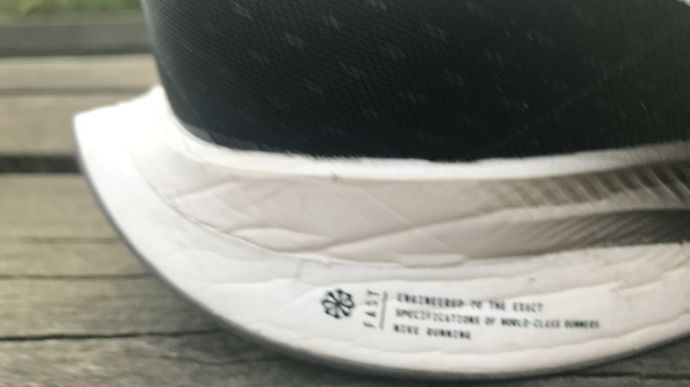 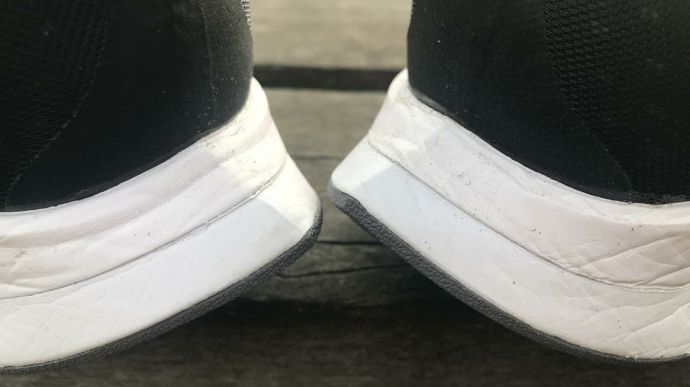 The Nike Zoom Pegasus Turbo is a lightweight version of the popular Pegasus trainer packed with ZoomX foam, previously only available in the Vaporfly Elite and Vaporfly 4%.

The design of the shoe does not take into account the runner's comfort especially at the high price point.
WHERE TO BUY
LOWEST PRICE
$180
SHOE INFO
Nike
Brand
Zoom Pegasus 35 Turbo
Model
Racing
Type
9 oz. (255 gr.)
Weight
180 US$
MSRP
10 mm
Heel Drop
Aug / 2018
Release Date
WHO IS IT FOR
The Zoom Pegasus Turbo is a daily trainer for more advanced runner's looking for a soft cushioned feeling and to get their hands on the coveted ZoomX foam. Despite the foams popularity from other racing shoes, the Pegasus Turbo is meant more for training than for racing.
Help me choose

Inspired by the Vaporfly Elite and 4%, combined with the daily go-to staple Pegasus and using newly released foam, Nike has created the next big exciting shoe release, the Zoom Pegasus Turbo.

Using ZoomX, found in the aforementioned 4%, and React foams, the Pegasus Turbo is the answer to the year long question of where is the daily trainer to compliment the new line of racing shoes debuted in 2017.

ZoomX foam, which is lighter and provides more energy return than other Nike offerings, can only be found in the Vaporfly Elite, Vaporfly 4%, and now the Pegasus Turbo.

The Elites and 4% shoes differ from the Pegasus Turbo in two major ways. The first being the plate that sits in the midsole of the Elite and 4% shoes that pop the runner’s foot forward for an aggressive toe off.

The second is intended use of the shoe. The Vaporfly Elite and 4% are the premier marathon racing shoes; the Pegasus Turbo is meant for daily training.

To indicate the inspiration of the fast aspect of the Turbo; Nike has included a thick racing stripe down the center and also named the shoe Turbo.

From an inspiration standpoint this new offering is clearly inspired by the namesake Pegasus.

The Air Zoom Pegasus, now in it’s 35th iteration is an annual release daily trainer by Nike that is suitable for every type of run and beloved by beginners and advanced runners alike.

Minor changes to the upper material and an updated outsole all change from the Pegasus 35 to the Turbo. The main selling point of the Turbo is what is under the hood.

The availability of the ZoomX foam in the Pegasus Turbo is what runners will flock to as the Vaporfly Elite has only hit the market once, when it was priced at 600 dollars; and the Vaporfly 4% is released in different colorways in limited quantities sparingly.

Unboxing the Pegasus Turbo the aesthetics as a sleek fast looking shoe is loud and clear. A racing stripe down the center, an “aerodynamic” heel fin and tab, and a large nike swoosh that takes up half the shoe.

You can physically see where the two layers of foam, the ZoomX and React sit on the sole and the nike branding on the shoe is more in line with the Vaporfly 4% than the Pegasus 35.

The Pegasus Turbos are about an ounce lighter than the standard Pegasus counterpart and at quick glance are clearly similar designed shoes.

The first run in the Pegasus Turbos was one that varied pace and it became clear that the ZoomX foam paired with the React foam creates a softer side than the standard Pegasus without the pop of the Vaporfly 4% (remember: there is no plate in the Turbo, just the foam).

It was a comfortable ride that felt good and soft.

Soft is the best way to describe the foam and the ride of the sole of the Pegasus Turbo. ZoomX foam is incredibly lightweight but suffers in durability.

React foam is heavier, though still light, and more durable of the two foams. In combination they create a very soft feeling ride that is a little bouncy under the foot.

React foam has a distinct responsive feel to it and there seems to not be enough of that foam to give the Turbo an equally responsive ride compared to the Epic React.

Running in the Pegasus Turbo highlights how much of a difference the plate in the Vaporfly 4% makes.

It seems as if the ZoomX foam is softer than most runner’s realize in the 4% but that softness is counteracted by the plate running through the midsole.

Similar to many Mizuno shoes, the plate creates a responsive and firm feeling under the runner’s foot. In the abscene of the plate the runner is left with a soft bouncy feeling.

The outsole has a waffled design to promote traction and durability and will hold up over time.

Similar to the design of the Epic React the heel and toe areas are built up with more rubber than the middle of the foot to keep the shoe durable and lightweight.

A protruding heel fin similar to the Vaporfly 4% does stick out of the back of the Pegasus Turbo prominently. Nike describes this fin as aerodynamic however it is more for the aesthetic than for performance.

Because there are two layers of foam in this shoe; seemingly glue together runner’s need to be careful to not fidget with this fin as the foams can actually separate.

If you take your shoes off after a run by pressing down on the heel with the opposite foot to slide your foot out, you may actually cause some separation in the foam.

The upper of the Pegasus Turbo generally is a similar design to the standard counterpart however made with a thicker more breathable and durable mesh.

This mesh is practically see-through on the outermost layer allowing the runner to see the flywire cables that lock the foot in place while running.

A curved heel tab is located at the top of the heel section to prevent any abrasions with the achilles area of the heel creating a comfortable heel area albeit unnecessarily large.

A large racing stripe down the center of the Pegasus Turbo is recognizable feature of this trainer. The racing stripe actually limits the ability for the mesh comprising the upper of the shoe to stretch.

This isn’t a problem once the stripe reached the tongue but creates a narrow toe box. Because of this stripe most runners who buy the Pegasus Turbo will need to go up a half size from their usual Nike sizing.

The anticipation of the Pegasus Turbo created a hype around a very promising shoe. Nike over the past few years has released some great running shoes. The Vaporfly 4% actually changed the paradigm behind what is the ideal marathon racer.

The Epic React and Zoom Fly have been generally well received. And the Pegasus annually is a solid; cannot go wrong purchase. Unfortunately, the Pegasus Turbo falls short of these other Nike options.

To be clear, the Pegasus Turbo is not a bad shoe; I will probably get a lot of use out of my pair.

Most of those miles will be for recovery, some long runs here and there, but this is not a shoe worth buying at the price point it is being sold.

Most runner’s would be better off buying the Pegasus 35 over the Pegasus Turbo for daily training considering the price difference.

If you prefer a soft bouncy ride; size up and try, but be aware of the issues with this shoe when you purchase. There are two issues with the Pegasus Turbo that hold the trainer back from being the shoe everyone wishes it was.

The first is that while Nike always strives to make an aesthetically pleasing shoe;the Pegasus Turbo it seems as if the function took a backseat to the fashion. More on the aesthetics after the second, more minor issue.

The second issue is that the Pegasus Turbo is marketed as this fast option with the Vaporfly 4% foam prominent; however when diving deeper into Nike’s provided information it is clear that the shoe is intended to be a softer, non-racing option.

The confusion as to what the shoe is versus how it is marketed will let many runners down.

On Nike’s website and their breakdown of the Zoom series shoes. The uses are as follows:

A $180 running shoe; built in the silhouette of an incredibly popular option with the latest and greatest cushioning should be a go to option;

However on the foot it just feels like a softer version of the Pegasus, a daily trainer that is $60 cheaper.

Every runner wants a functional shoe that works for them. And if that shoe looks great; even better. Some runner’s buy for looks, most buy for that function, and while the fashion of a shoe may sway the decision between two shoes;

I have a hard time believing that any functionality should be effected by the fashionable decision in the design process of a running shoe.

The heel fin creates an area in the sole that could cause the shoe to physically break and the foams to separate. Having the heel fin does not add any value in terms of the functionality of the shoe.

Three things occur by having it; the shoe looks fast and cool, there is added foam (thus weight – albeit very little), and there is a point in which the shoe can be easily damaged.

Another issue that hinders the Pegasus Turbo’s functionality is the racing stripe. Don’t get me wrong the racing stripe looks great. It looks fast and sleek and is unlike any other shoe on the market.

However the racing stripe is made of a thicker material fused onto the upper, shallowing the toe box and limiting the stretch and comfort of the upper.

The giant swoosh on the side of the Pegasus Turbo is printed on the mesh directly and has no problem stretching out with the foot.

Though it may have looked “cheaper,” the racing stripe would be much better off printed on as to not affect the upper in any way. I am recommending that if you buy this shoe; you buy it a half size up.

It seemed so simple. Tweak an amazing shoe by adding the best foam Nike has to offer. Unfortunately it seems as if the Pegasus Turbo was overworked and designed.

Had the heel fin been less pronounced similar to the standard Pegasus, and the racing stripe printed on the mesh to allow for comfort, this review would read more about how it’s not everything we expected but it’s still a great soft option.

There is a good running shoe hiding somewhere in the Pegasus Turbo. Instead, Nike has created a daily trainer with questionable design choices.

Some people might be able to look past these oddities; however at this price point most would be best off looking elsewhere.

We purchased a pair of Nike Zoom Pegasus 35 Turbo from runningwarehouse using our own money. This did not influence the outcome of this review, written after running more than 50 miles in them.