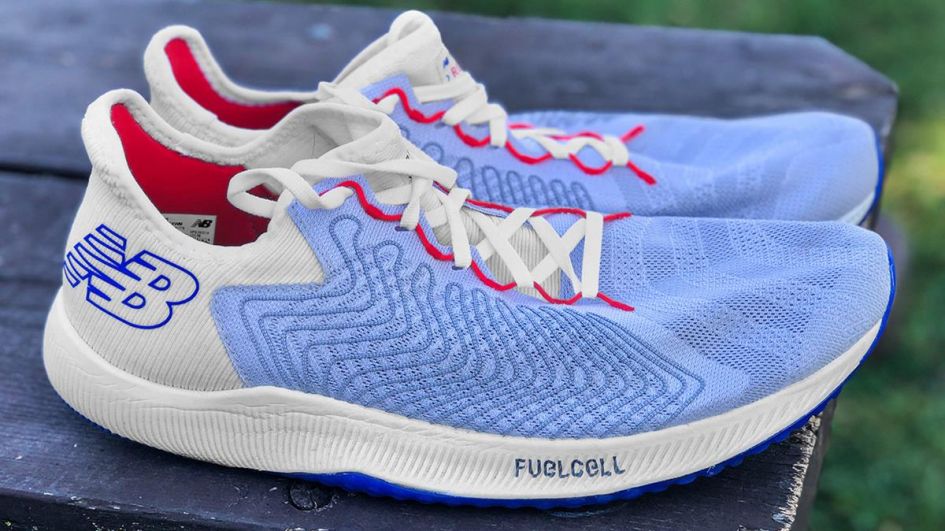 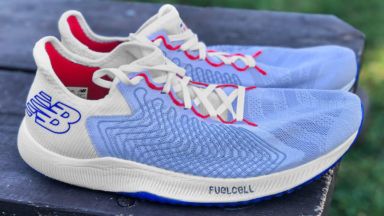 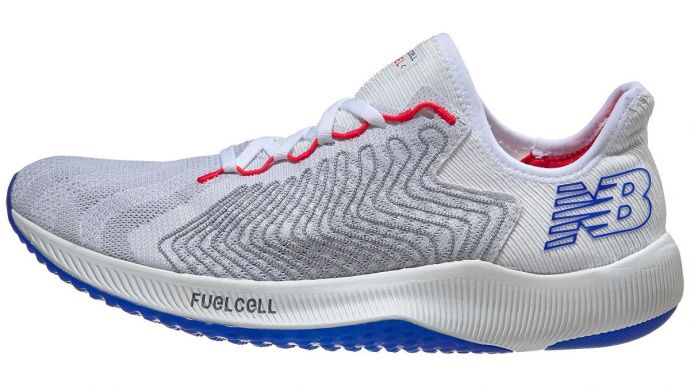 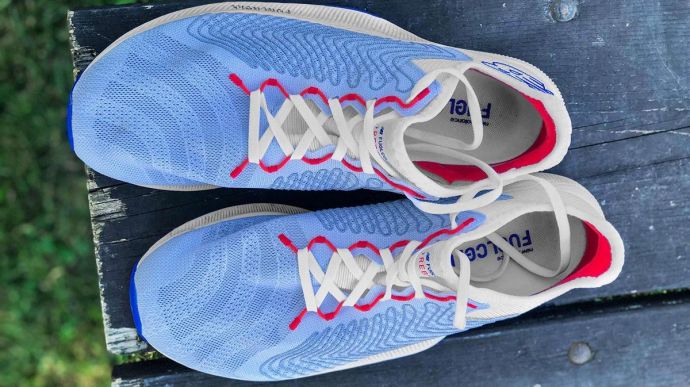 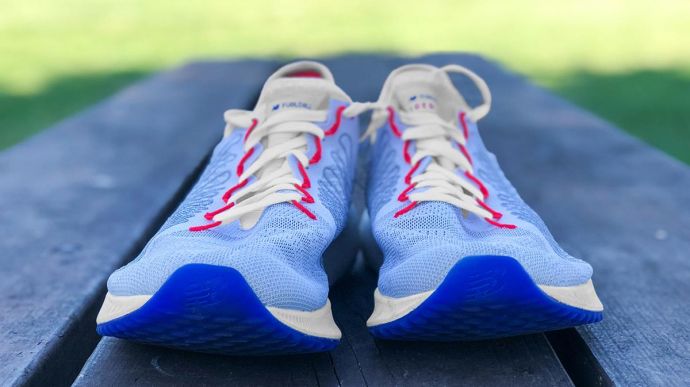 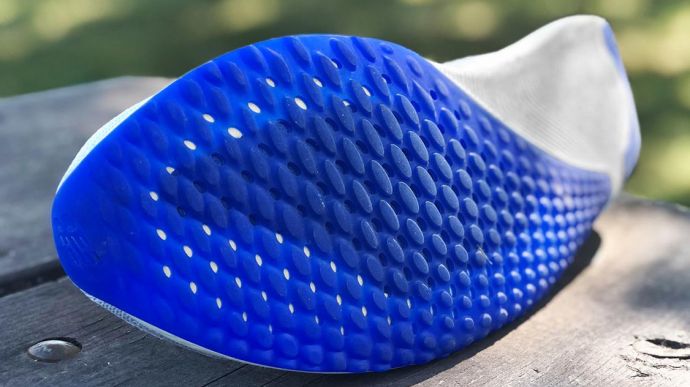 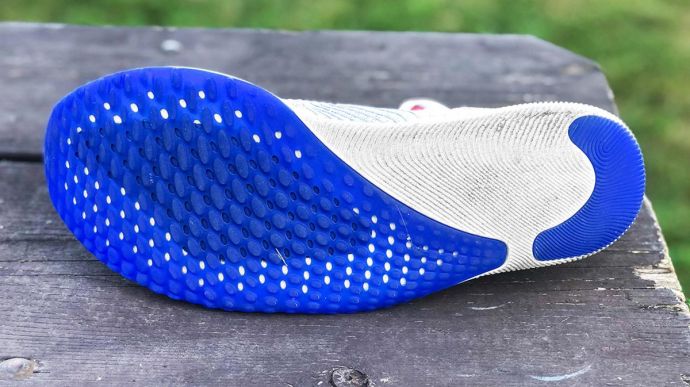 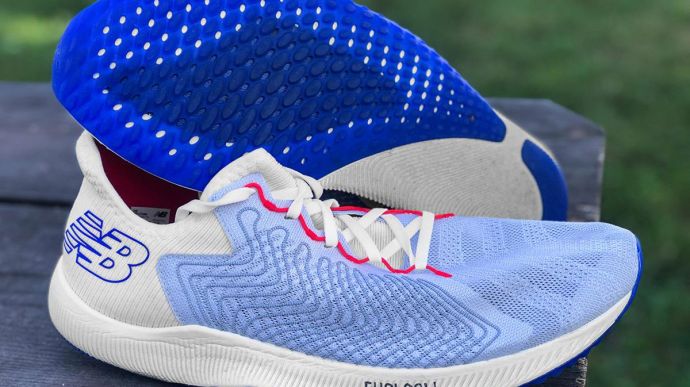 The New Balance FuelCell Rebel is a super-fast racing flat that offers cushion despite the light weight packaging. Although it has a higher price tag, these are easily worth it if you run and race 5k or 10k races.
WHERE TO BUY
LOWEST PRICE
$129
SHOE INFO
New Balance
Brand
Fuelcell Rebel
Model
Lightweight
Type
7.2 oz. (204 gr.)
Weight
130 US$
MSRP
6 mm
Heel Drop
WHO IS IT FOR
This shoe is designed for anyone who wants to go fast. This shoe is not for a beginning runner, but experienced runners who want to up the speed will love them.
Help me choose

The New Balance FuelCell Rebel is a new offering from the company. Among their newer updates, this offering is designed to go fast.

Being inspired by the FuelCell 5280, the Rebel is something different than others on the market. There are few shoes on the market that will compare/compete with the Rebel.

It will be in direct competition with the Brooks Ghosts, Skechers GOrun Razor 3 and Nike Pegasus. However, the Rebels are lighter weight and built more for speed than the Ghosts and Pegasus.

They will compete with the Razor, but from a brand that is more well known. The Rebel has already carved out a spot in the market, and it is for good reason.

When these shoes showed up, I was impressed directly upon opening the box. There are three colorways available, the ones I received were the white and blue. The colors are striking and clear.

I saw a pair of the black and gray ones, and really liked the look. But beyond that, they look unique straight from the box.

The shape of the last and the clear widening of the toebox compared to the narrowness of the heel is striking.

When I took them out of the box, I went on a 5 mile run, and boy did they not disappoint. Plenty of cushion for that run, and they wanted to zoom. These shoes were perhaps the quickest feeling shoes I’ve tried in a long time.

The combination of lightweight and aggressive upturn on the toe pushed me forward at a very good pace for an easy run. Frankly, I loved them straight out of the box.

The sole unit of the FuelCell Rebel is truly a gem. And part of what makes it so nice is the fact that New Balance didn’t try to over-engineer it. They have not blended many of their materials together and made a jumbled mess.

Instead, they have decided to use only their new FuelCell material as the mid and top sole with a 6mm drop.

The FuelCell material is a great material for those who want to go fast. It is incredibly responsive, with a noticeable spring. This is mainly due to the dual-density of the material.

It is less dense under the forefoot to aid in the spring and toe-off. It is also light, causing a ride that is cushioned, and highly responsive while not overloading your legs.

On the outsole, NB has chosen to use a thin layer of blown rubber on heel and forefoot. These were strategically placed for most people’s landing and toe-off. The shoe was designed for a forefoot landing and quick gait and transition.

The other thing one can see when they look at the shoe in profile is the rocker design to the sole. There is a slight upturn on the heel and a large, aggressive upturn under the toebox.

This is really felt as you go through your gait. It smoothed most of my transitions and pushed me forward.

The upper of the FuelCell Rebel is a bootie design (quickly becoming my favorite type of upper) that has minimal structure to it.

The engineered mesh of the upper is incredibly soft, and definitely is designed to be able to run without socks — if one choses.

Along the side of the foot NB put trace fiber stitching to add some support and a little structure to the boot. This coupled with a wire lacing system (much like Nike’s Flywire) helps to secure your foot while not caging it in.

NB put the the FuelCell Rebel on a VL-6 last, a running-specific last with a standard heel, forefoot, and toebox height.

This means that the heel and midfoot are snug, but not tight, and then opens up into a roomy toebox that lets your foot naturally splay. It is very comfortable, and at a size 13, they fit perfectly to size.

I was very excited to get my hands on the New Balance FuelCell Rebels. I had seen advertisements for it prior to their release and really liked the look and what the company was saying about them.

Basically as soon as I got out the door in them, I realized that the advertisements were not selling a bill of false goods. They were fast. They ARE fast.

That first run was a 5-miler where my pace dropped by a full minute per mile. I felt an extra spring on my toe-off and felt the bounce of the forefoot pushing my knee drive higher and further in front on each stride.

It felt weird the first time I wore it, but then as I got used to it, it was great. I fell in love.

I looked forward to each run that I was going to do in these shoes because I felt fast, and the results showed up on my times as well.

However, this is where the only real problem of the shoes showed up. They are fast, but they are not made for the long run.

Any runs up to eight miles was great, and I enjoyed them all. But after about 8 miles, the cushion broke down, and the lack of structure to the upper showed in foot pain.

Perhaps they would be a good option for a half marathon race day, as you’d be willing to push through some pain for the added speed/feel that these deliver. But unfortunately, I got injured before being able to test that theory.

At the end of the day, I loved these shoes. They don’t serve all purposes. But they weren’t designed to do so.

These were designed to go fast, and they do that well. So if you’re in the market for a pair of shoes that will go fast, you should give these a look.

We purchased a pair of New Balance Fuelcell Rebel from runningwarehouse using our own money. This did not influence the outcome of this review, written after running more than 50 miles in them.

Visit ShopNewBalance
This page contains affiliate links. As an Amazon Associate I earn from qualifying purchases.
WHERE TO BUY
LOWEST PRICE
$129