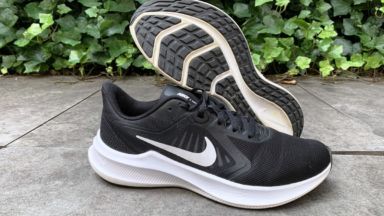 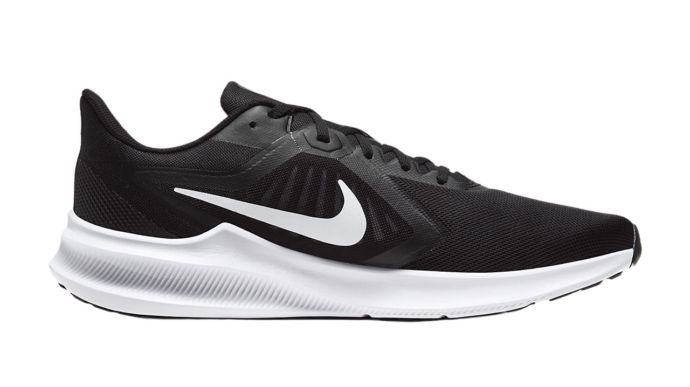 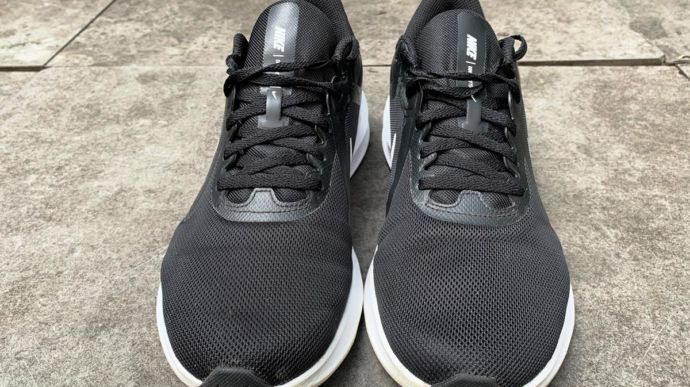 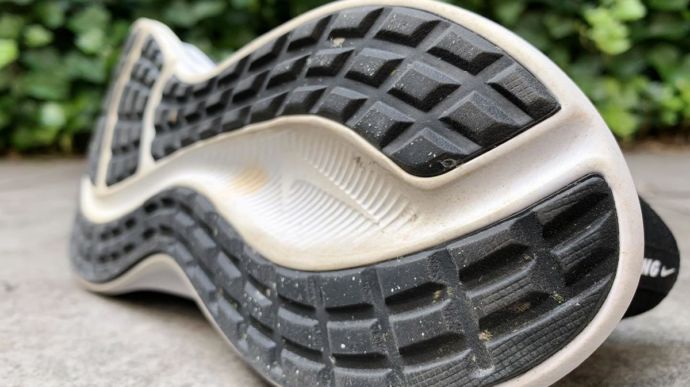 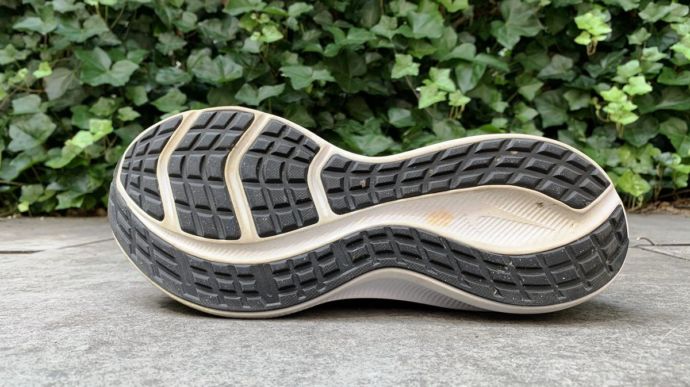 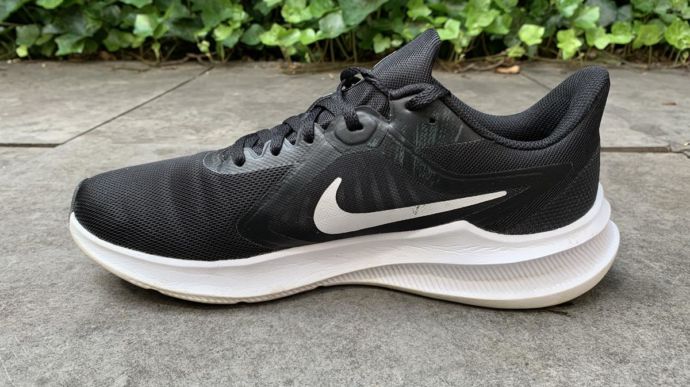 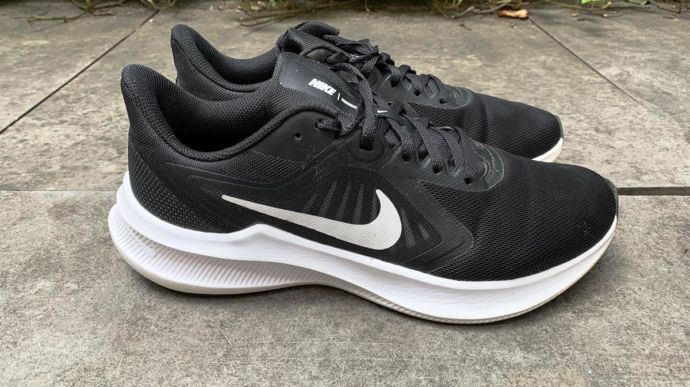 The Nike Downshifter 10 stands out from Nike’s running shoe line up due to it’s low cost list price and premium design.

Throughout testing it performed well as a lightweight, cushioned, breathable running shoe which exceeded my expectations as a daily trainer.
WHERE TO BUY
LOWEST PRICE
$60
SHOE INFO
Nike
Brand
Downshifter 10
Model
Cushioning
Type
10 oz. (283 gr.)
Weight
60 US$
MSRP
10 mm
Heel Drop
WHO IS IT FOR
The Downshifter 10 is designed for runners on a budget, who want a shoe from a top trusted brand, that looks the part and ticks boxes when it comes to performance.

It doubles up as a workout shoe for light gym workouts, or a casual trainer for day to day wear.

If you’re a neutral runner looking for a cushioned running shoe, and you don’t require tons of support when running, this is the shoe for you!

If you need a breathable, lightweight daily shoe for all types of light training this could be a great choice.

The Downshifter 10 is a modern looking running shoe that will suit most tastes, requirements and budgets.
Help me choose

This version of the Downshifter is the 10th iteration of the entry level, cushioned running shoe from Nike. Costs are kept down with a minimalist design and low cost materials on the upper, and unnamed foam in the sole.

Famous for their long heritage in running, low cost doesn’t mean low performance for the Nike Downshifter 10, and this version features improved structure and cushioning from previous versions

Upon opening the Downshifter 10 box, I was impressed with how they looked and felt in the hand.

The finish was detailed and sleek, yet minimalist, but by far the most stand out thing for me was how breathable and lightweight they felt.

As soon as I put the Downshifter 10s on, they were comfortable with no tight spots. The thin, lightweight upper wrapped around the foot with a barely-there feel.

Consider sizing half or whole size up, or avoiding altogether if you have a wide foot (the same size shoe in the Nike React Miler has a much wider toe box).

Design-wise, for a low priced running shoe, the Downshifter 10 looks fantastic in my opinion. From a distance, it looks similar to the Pegasus 37, with a deep sole, and slightly extended rear sole.

There are a great range of colorways from monochrome to bright and pastel shades to suit every taste.

On the first run, the cushioning under the midfoot and heel was impressive and felt soft without sapping energy.

Compared to its similar priced cousin, the Nike Revolution 5, the sole unit in the Downshifter is an upgrade and a big thumbs up from me.

The Downshifter is much more cushioned and responsive and feels more like a premium line running shoe.

Compared to its predecessor, the Downshifter 9, the 10th iteration has updated support and cushioning in the midsole too.

Although this foam isn’t one of Nike’s premium materials, e.g. React or ZoomX, it did a great job of cushioning the foot strike over short and long runs.

And it comes in at less than half the price of these higher range models.

The new outer sole footwrap was one of my favorite parts of the shoe, adding to the structure of the TPU cage to keep the foot secure. Flex grooves keep the weight of the shoe down and flexibility of the sole up.

The only downside of these was they gathered lots of mud and grass on a run and were quite difficult to get clean.

The decoupled outsole is a copy of the more premium Pegasus 37 design offering good tread, flexibility, and smooth transitions. The rubber outsole in high abrasion areas is yet to show signs of wear after 50 miles.

The upper is a single layer, lightweight breathable mesh, with an almost shiny finish. This upper is constructed in a seamless design with synthetic overlays and ventilated TPU midfoot cage.

The tongue is lightly padded but quite narrow, moving around abit during a run. The heel counter is firm, keeping the heel locked down with no slippage, that sat comfortably around my foot

I took the shoe out for a run mid-Dutch heatwave and it was super breathable. Of course the following day there was a downpour, on a wet run, my feet were soaked immediately. The shoe took over 24 hours to dry.

The medial and lateral swoosh design follows the path of the sole wrap and the heel features tape with the ‘Nike Running’ branding, matching that of the clothing range (a nice detail, if like me you like to match your workout outfit!), totalling 14 swoosh’s per pair!

If you’re a regular runner, looking to log tons of miles, and run distances of 10km+, I’d look to invest a little more in a running shoe and get something with slightly more support and durability, such as the Nike React Miler.

You’ll likely save money in the long run by not having to buy twice.

If you’re fairly new to running and don’t need loads of support, the Downshifter 10 will see you through runs and gym workouts superbly.

For a combination of price, weight, and breathability you’ll struggle to beat the Downshifter 10 right now.

For me, the Downshifter will remain a shoe for casual wear and for the odd shorter run on warmer days.

It exceeded my expectations for a low priced shoe, but as the most important thing, you can buy when starting running, if you plan to stick with it for the duration, invest a little more in this key piece of kit!

We purchased a pair of Nike Downshifter 10 from runningwarehouse using our own money. This did not influence the outcome of this review, written after running more than 50 miles in them.

Visit ShopNike
This page contains affiliate links. As an Amazon Associate I earn from qualifying purchases.
WHERE TO BUY
LOWEST PRICE
$60