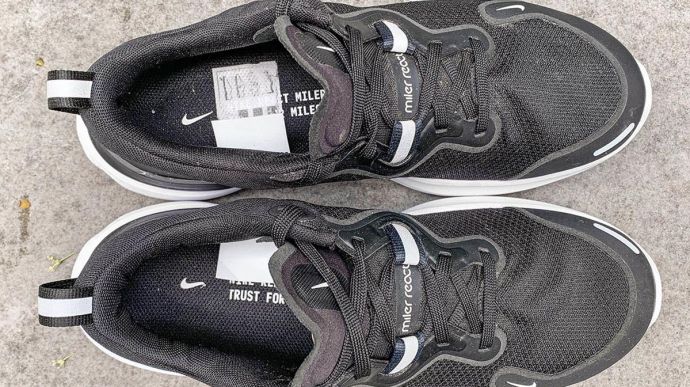 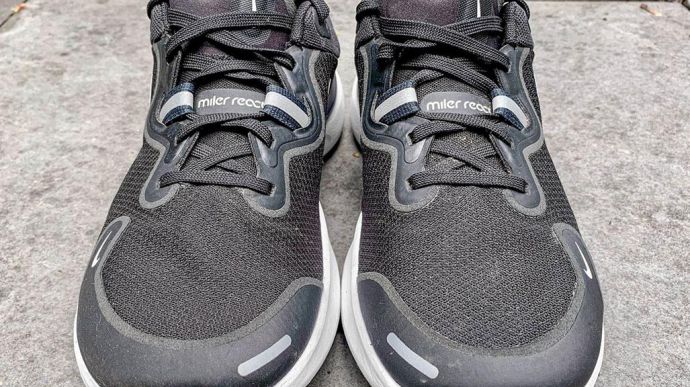 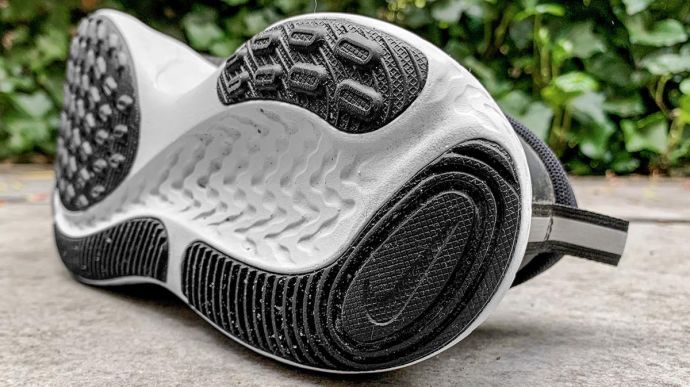 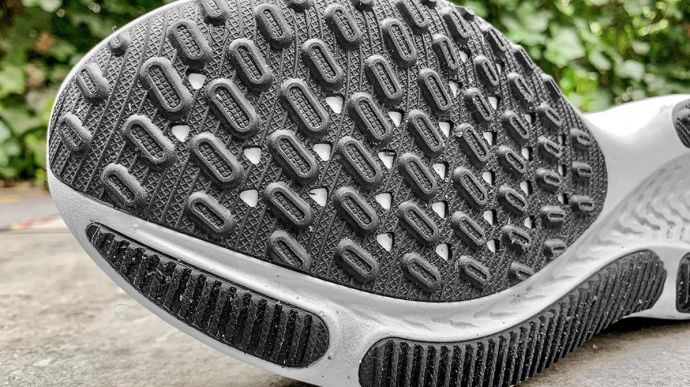 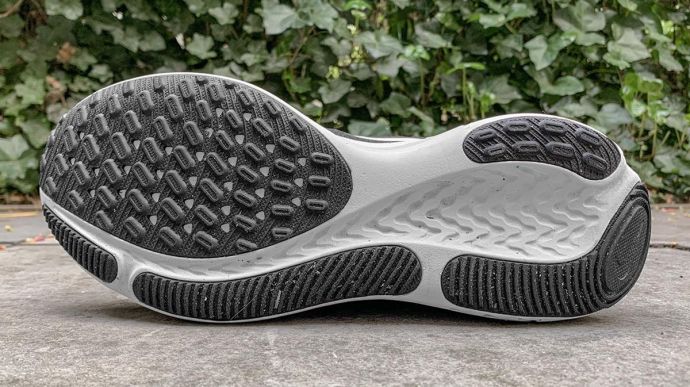 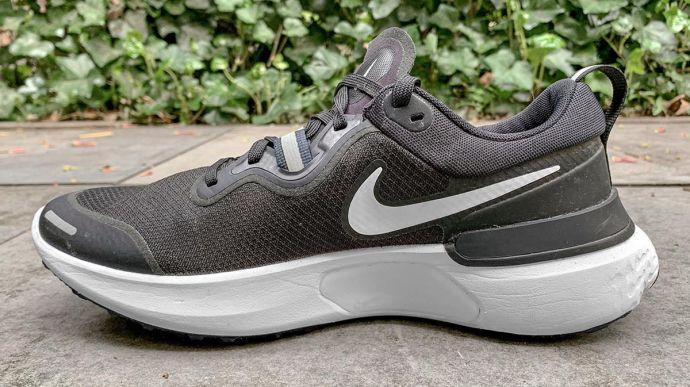 The Nike React Miler is a completely new running shoe release designed to give a highly cushioned ride on your longer runs. If you're looking to go for miles on the road, this is an exciting shoe!
WHERE TO BUY
LOWEST PRICE
$120
SHOE INFO
Nike
Brand
React Miler
Model
Cushioning
Type
9 oz. (255 gr.)
Weight
130 US$
MSRP
10 mm
Heel Drop
WHO IS IT FOR
The React Miler is for neutral runners, looking for a plush cushioned ride and abit of help with stability on longer runs.
Help me choose

The Miler React is the new addition to Nike’s React range, adding to the line up of the Infinity Run, Phantom Run, Air Zoom Pegasus 37 and Legend React 2.

Sharing a similar name to the Air Zoom Miler of 2004, that’s where the similarities end with those two shoes.

The Miler React’s closest relative appears to be the ‘injury reducing’ React Infinity Run, with the Miler appearing to edge ahead as the favourite of these two when it comes to fit, durability and performance on long runs.

Similarities can also be drawn to the popular, tried and tested Pegasus range, now in its 37th iteration, and now with React foam.

Of these 2, the Miler has more features and details on the upper, and an improved outsole grip. The Miler is designed for neutral runners looking abit of stability in long runs.

The new and hugely popular React Infinity Run and Miler has similar stability features of a wide forefoot base, and super bouncy, cushioned React foam throughout.

When opening the box of the React Milers I immediately noticed the large, wide squidgy outsole, and secondly, the detail on the design features on the upper.

It appears Nike has taken on runner feedback from other shoes in the React range and incorporated all of these features into the React Miler. Better heel locking to reduce heel slip? Done.

More durability on the upper and outsole? Done. Traditional lacing system with bold midfoot cage to lock down foot? Of course.

With the added reflective panels on the forefoot laces and heel, could this be the perfect Nike running shoe for longer runs?

In the hand, the decoupled outsole feels durable with a good reinforced grip in high abrasion areas.

The extra weight of the React Miler vs others in the React range seems to come from the reinforced heel counter and thicker mesh upper. The sole felt flexible enough for its deep stack height.

The first thing you notice when trying them on is the impressive React foam underfoot. It’s super bouncy, plush and comfortable.

Wherever you put your weight on them (when bouncing around like a kid in new shoes) it feels cushioned and plush.

This is in part due to the wide forefoot and heel, extending past the outer limits of the shoe’s upper. I was excited to see if this translated to full support on footstrike landings on a run.

Fit-wise, the React Miler was true to size, and due to its wide, rounded forefoot would also be suitable for wider feet.

Starting with the outsole, the React Miler appears to have taken on feedback from what runners loved about other Nike running shoes, and features a decoupled outsole to aid with grip, traction and flexibility whilst keeping the weight down.

The outsole is what I loved most about the Miler. Simply put, it is hugely cushioned, without being too soft. Like running on a squishy rubbery cloud, in a good way!

On a longer run, this is where the shoe’s features really came into their own.

At around 8km and right up to 21km, where I might normally lose form and get a few aches, the outsole did it’s promised job and the last kilometers flew by.

It really did make a longer run more comfortable, so big thumbs up from me for distance performance.

This outsole also provides stability to the shoe by increasing the surface area and increasing contact with the ground by extending out from the sides of the shoe on the forefoot and heel.

This also meant the feet feel quite safe and would be difficult to roll an ankle wearing with this shoe.

Add this to thicker padded heel cup and this for me edges ahead of others in the React range in terms of holding the foot in.

This extra cushioning on the sole comes at the expense of the weight of the shoe, weighing in slightly heavier than other new releases from Nike at 10.7oz.

But I didn’t find this a hindrance on a run, or even something I thought about due to its bouncy, light feel and good energy return.

The rocker shaped sole gives good, fluid heel to toe transitions throughout the whole run, even when you’re getting tired and your form and technique is slipping.

Nike’s React foam runs the whole length of the shoe. This React foam is widely considered to be one of the best on the market.

It was first used in running shoes in 2017 and proved to be a versatile technology, now seen in training shoes, basketball and golf ranges, as well as lifestyle lines.

It is designed to be incredibly responsive and soft whilst remaining durable, promising a life of at least 500 miles. This was achieved by combining both TPE and EVA foams found in most running shoes.

Having not run in shoes from the React range before I was pleasantly surprised at how this felt on the first run, and how this is holding up.

My feet felt supported in the right places, under the arch and on the heel strike, and the shoe delivered the cushioned long ride it promised.

One slightly annoying thing I found when running on park paths was how many small stones got stuck in the outsole, both the foam and rubber parts, so had to clean the outsole after each run.

The upper is a busy part of the Miler! Especially when you look at it in comparison to the Pegasus or Infinity run with their sleek modern appearances.

Starting at the front, the thick double jacquard mesh overlay over the toes adds durability against rocks and branches on the road.

The laces are held in place by a thick midfoot cage, with reinforced middle eyelets to lock down the midfoot. The tongue is thin and contains a foam which after a few runs has moulded to the shape of my foot.

It also features the Miler React branding, a nod to this being a new shoe in the React range.

The way these overlays and materials are layered almost makes the shoe look like a prototype version and a little unfinished in parts, and not as modern or premium as the Infinity Run or Pegasus 37.

The Swoosh on the medial and lateral sides join around the back of the shoe, creating a thicker plastic heel cup which held my foot in place well on both longer and faster runs.

There was no rubbing either, but I did feel like the shoe lacked breathability. My feet got warmer faster than normal, despite it not being particularly warm weather.

The mesh making up the majority of the shoe is somewhat breathable, but the extra overlays on the toe and laces section, as well as the extended heel cup meant the heat didn’t escape as well as it could.

Perhaps a Flyknit version in the future could solve this problem?

The large heel loop and structured external heel cuff makes getting the shoe on and off easy.

The reflective panels on the toe, eyelets and heel clip add an element of safety for those early morning or late night runs.

Overall, the React Miler gave a great running experience! My feet were cushioned, protected and comfortable, if a little warm. It packs in technology over and above that of other shoes in the Nike running shoe range.

It doesn’t promise to break speed PB’s, but it does deliver on the promised trusted, dependable stability on a long run. I’d go as far as saying the most comfortable long run I’ve ever done.

I feel the React foam will remain in tact past the 500 mile mark and keep its grip thanks to the high abrasion outsole.

Looks wise it may not be as sexy as other running shoes, but I feel it will keep its looks longer due to the added extras on the upper.

If you’re doing lots of miles at the moment, or looking to do that first (half) marathon, the React Miler would be a great shoe for this.

We purchased a pair of Nike React Miler from runningwarehouse using our own money. This did not influence the outcome of this review, written after running more than 50 miles in them.