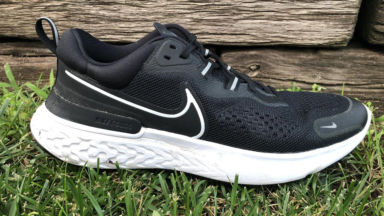 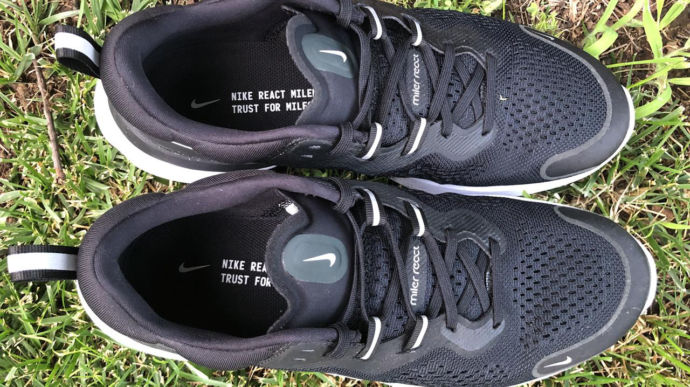 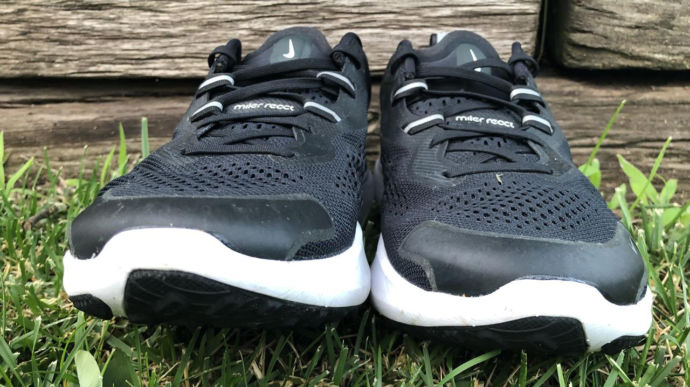 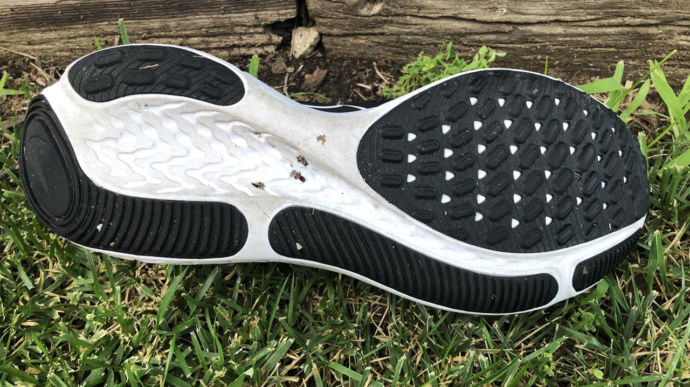 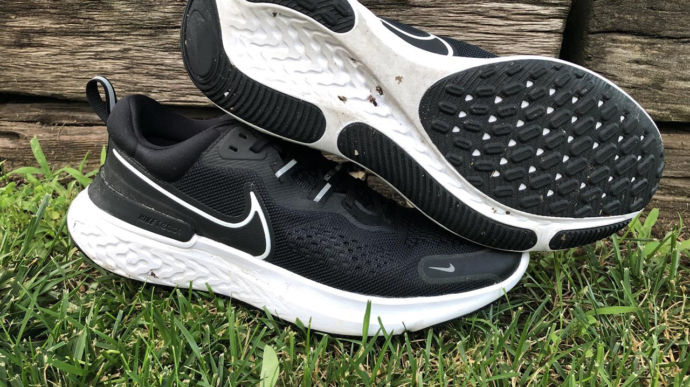 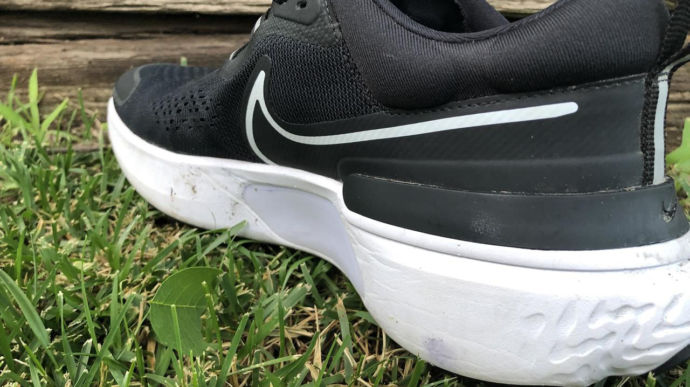 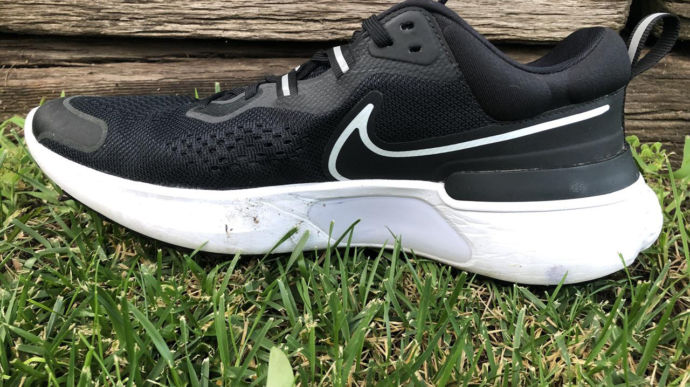 The Nike React Miler 2 is a max cushioned neutral trainer built with comfort in mind. It provides a comfortable ride with a hint of stability worthy of becoming your daily trainer.
WHERE TO BUY
LOWEST PRICE
$130
SHOE INFO
Nike
Brand
React Miler 2
Model
Cushioning
Type
9 oz. (255 gr.)
Weight
130 US$
MSRP
10 mm
Heel Drop
React Miler
Previous model
WHO IS IT FOR
The React Miler 2 is for runners who want a neutral trainer with a hint of stability. It provides a plush ride from start to finish.
Help me choose

The Nike React Miler is back with its 2nd edition this year. It was developed and introduced last year with high mileage in mind. It is advertised as a daily workhorse.

The React Miler is a neutral trainer with a hint of stability. It is part of the React lineup. Some of its closest relatives are the Infinity Run, Phantom Run, Air Zoom Pegasus 38 and Legend React 2.

The Nike React Miler 2 retails for $130 which places them in the middle of a crowded neutral field. They compete with the Saucony Ride, Hoka Clifton, and Brooks Ghost.

Upon opening the box for the React Miler 2, I wasn’t initially wowed by the colorway and look of the shoe. It was a simplified black and white design.

The small swooshes found throughout the upper was a nice touch along with the name of the trainer on top of the tongue.

Sometimes with a cushioned bounce, you feel a squishy unstable sensation, this was not the case with the React Miler. The wide base was noticeable and aided in the initial comfort of the trainer.

Their maiden voyage was a 10k. It provided a stable yet bouncy and cushioned ride from start to finish. I could tell they were ready from the first step, meaning there would be a little shoe break-in time.

Let’s start from the ground up. The base of the React Miler is a full rubber outsole. The rubber is on the thinner side. This combined with a lack of grip makes traction an issue if the weather is wet.

There was some noticeable wear on the outsole after 70 miles. A ride rail is in the middle of the outsole and runs from heel to toe, this area is not covered by the rubber. It adds to the flexibility of the trainer.

The midsole is made of Nike’s React Foam. React was developed to provide a soft and springy ride, along with delivering high levels of shock absorption and energy return.

The midsole of the React Miler excels at all of these. The React cushioning lessens the impact of foot strikes along with propelling your feet forward because of the energy return on liftoffs.

Because of this the trainers are destined for longer distances.

When your midsole is made of such a soft foam you need to be careful it doesn’t affect the stability or performance of the shoe.

The two aspects Nike employs to counter these results are a wide midsole and rocker geometry to their midsole. The rocker geometry employed makes for smooth transitions from foot strike to toe offs.

Sometimes with a rocker you can feel the stress on the balls and toes of your feet because of less cushioning. This wasn’t the case with React Miler because of the resiliency of the React foam.

The construction of the midsole reminds me of the lite lineup ASICS has unveiled the last few years. It is wider, which provides more stability than the average neutral trainer.

Usually, I run in stability trainers and I had no problem running in these because of how much stability they gave me. The React Miler has a 10 mm drop which is a standard drop.

Overall, these aspects of the midsole worked together to provide a comfortable ride every time I laced them up to pound the pavement.

The upper of the Nike React Miler 2 underwent a couple slimming down type of changes since the first version.

This improves both the breathability of the trainer along with flexibility. They are breathable enough for humid summer running. The mesh provides a looser fit that allows for feet to stretch out as you run.

Speaking of stretching out, the ample forefoot allows your foot enough room to do that.

A slimmed down midfoot cage is found in the React Miler 2. This works in tandem with the lacing system, which contains some reinforced eyelets, making it a secure fit.

It took a few times tying the shoes to get the ideal fit. You might feel like Goldilocks tying these, you need to try a couple of times to find a fit that is just right.

A lightly padded tongue helps with the fit of the upper by molding over time to your foot. The upper contains minimal overlays which means there are no points of irritation.

In the heel you will find a heel clip. Many trainers out there have a standard heel counter, which is made from thicker material. The heel clip on the other hand is thinner and less structured.

This works with the rest of the elements in the upper to provide a secure fit. On top, the midsole is a thin external plastic strip that helps with the fit as well.

I was hoping for a better experience with the React Miler 2 and boy did I have one.

The midsole provided a soft and springy ride that excelled in both shock absorption and energy return. The higher the miles the more comfortable it became. The wide midsole provides stability.

This means it is a trainer that could work for neutral or stability runners. The rocker of the midsole adds to the comfort of this trainer. One drawback of the midsole is the rubber outsole.

I found it to lack traction and show wear after only 70 miles. I would be hesitant to put them on if it was raining outside.

The slimmed-down upper continues the comfortable ride, it is both breathable and flexible. The fit falls on the looser side of things from heel to toe. The flexible heel clip found in the upper is a strength of the upper.

It allows my ankle and Achilles to move naturally. Two drawbacks for me were the fit and durability. It took me multiple times to get the right fit when I was tying the shoes.

Durability was a drawback for me, these were showing wear, both midsole and upper after 70 miles. I don’t think their lifespan would be as long as some of the other trainers I have run in this year.

Overall, the Nike React Miler 2 is worthy of being a daily trainer that provides a comfortable ride whether you are running a 5k or a marathon.

We purchased a pair of Nike React Miler 2 from runningwarehouse using our own money. This did not influence the outcome of this review, written after running more than 50 miles in them.