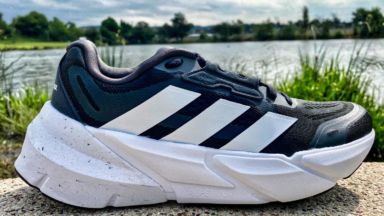 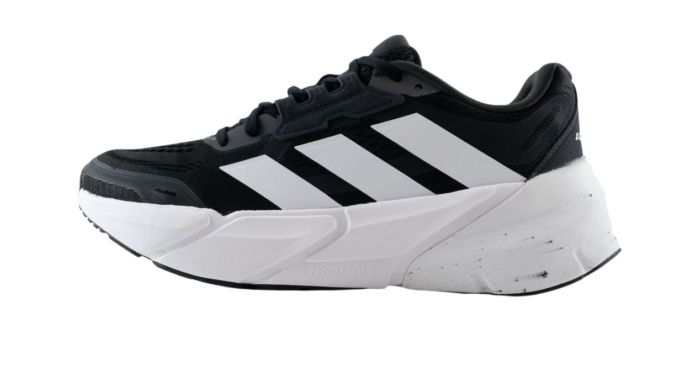 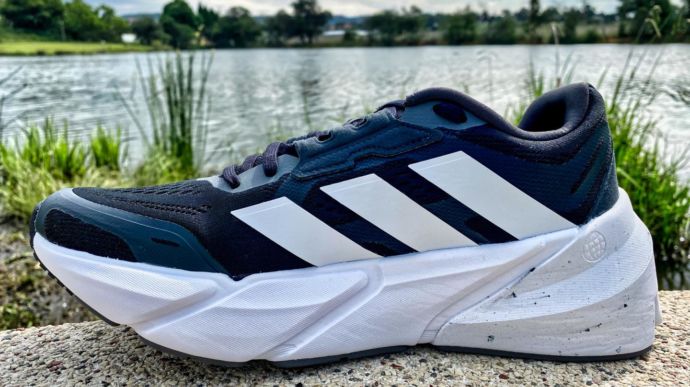 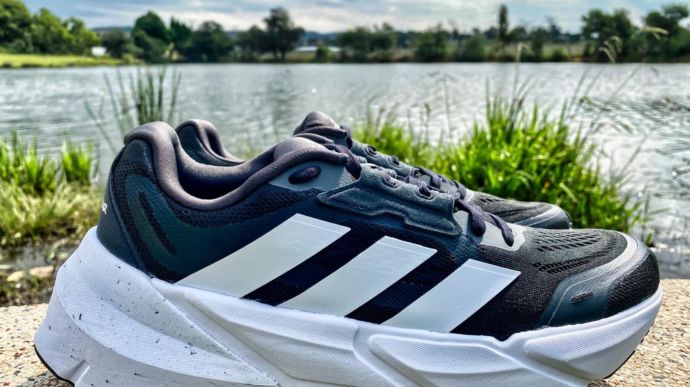 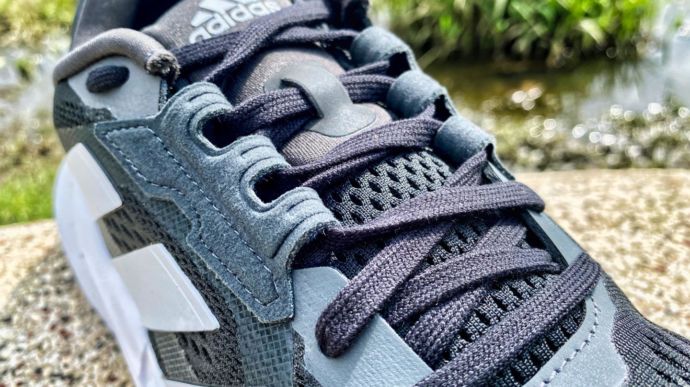 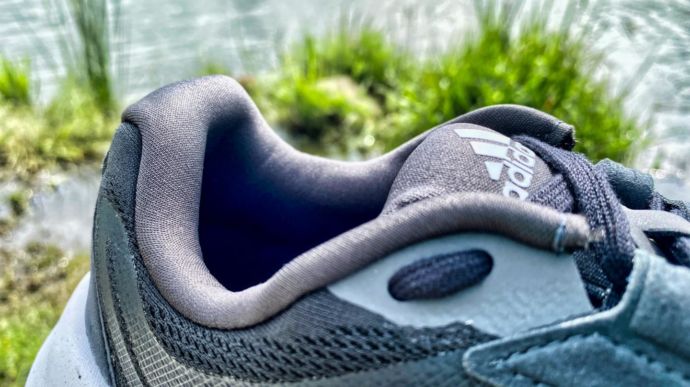 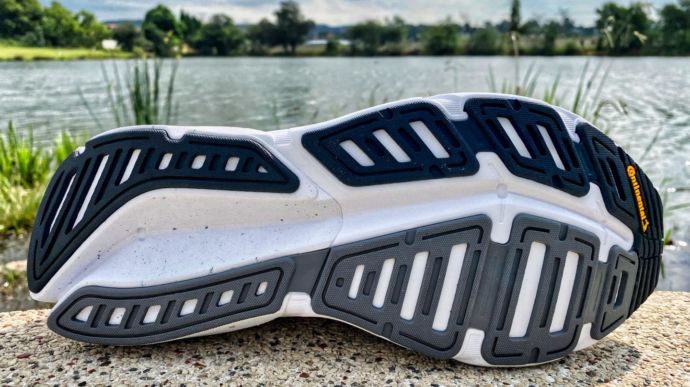 The adidas Adistar is a maximalist daily trainer built for slow, easy runs. It has a firm ride with stable heel landings and a medium drop. It's supposed to be a remake of a classic but it has nothing in common with the old Adistar Boost: the new Adistar is firmer, heavier and clunkier.
WHERE TO BUY
LOWEST PRICE
$39
SHOE INFO
Adidas
Brand
adiSTAR
Model
Cushioning
Type
11.20 oz. (318 gr.)
Weight
129.95 US$
MSRP
36 mm
Heel
30 mm
Toe
6 mm
Heel Drop
WHO IS IT FOR
If you're looking for a firm trainer with a thick midsole, the Adistar might be for you. It has a high level of stability and a very comfortable, padded upper.
Help me choose

I have fond memories of my Adistar Boost which I bought back in 2012. It was one of the first Adidas shoes to feature Boost and I managed to put over 1000 kilometres on it because of how comfortable and durable it was.

It was the perfect trainer for me because I used to be a severe outer lateral heel striker and the Adistar had a Formotion decoupled lateral heel which softened heel strikes and made transitions smoother.

The Adistar Boost franchise was eventually replaced by other Adidas light stability trainers such as the Sequence Boost and the Ultraboost ST but they felt clunky compared to the nimble, versatile Adistar Boost.

Now, almost a decade later, the Adistar has been reincarnated. It no longer has a firmer medial EVA post or a Formotion heel wedge. Boost has also been replaced by brand new foams called Repetitor and Repetitor+.

Adidas says that the new Adistar is designed for long, slow runs. It looks unlike any other Adidas running shoe and if it weren’t for the stripes on the side or the logo on the tongue, I would have bet it was a Hoka.

The first time I picked the Adistar up, the Repetitor and Repetitor+ foams felt a lot firmer than I expected them to feel. I expected a marshmallow-soft, Hoka kind of squish but they felt more similar to Lightstrike.

My first run was a 27 kilometre long run at 5 minutes per kilometre. On that run, the Adistar reminded me of 2 other shoes that I tested this year: the Mizuno Wave Rider 25 and the Hoka Bondi X.

The Wave Rider 25 also has a firm heel and a much softer forefoot while the enormous volume of the Adistar’s midsole reminded me of the Bondi X.

The ride felt firmer than I expected it to feel and I was a little disappointed with how the midsole felt underfoot. There was absolutely no energy return and my legs felt heavy throughout the run.

The following two days after the run, my legs felt a lot stiffer and heavier than they would normally have felt if I had run in a supercritical, PEBA or TPU foam shoe.

Repetitor and Repetitor + are Adidas’ latest midsole foams and they both feel like firm, old-fashioned EVA. They remind me a lot of Lightstrike foam: flat ride with minimal energy return- even Boost feels more lively.

The Adistar has a firm ride. With such a thick midsole, you’d expect a sinking-in feeling with every footstrike but the foam is really dense and I didn’t enjoy the Adistar for distances longer than 10 kilometres. The midsole just doesn’t have long-distance comfort.

The firmer Repetitor + (15% recycled foam) is only in the heel, with the softer Repetitor foam in the midfoot and forefoot. The shoe is designed to stabilise your heel when it strikes the ground and then have a softer forefoot push off.

Slow runs above 5 minutes 30 per kilometre are what the Adistar does best. Anything faster and it feels too sluggish. I only use it for very easy and recovery runs so versatility is low.

The Adistar does feel very stable for such a high stack-height. It feels so stable because of its firm heel which doesn’t have much lean bias and at the heel, the sidewalls raise to cup around the heel.

The dual-density midsole aids in stability but the downside is that it stops the smooth rocker from working effectively.

The ride feels disjointed and jarring because you transition straight from a firm heel, to a softer midfoot and forefoot. With most Hokas and even the Adios Pro/Prime X you get consistent, smooth transitions from heel to toe.

The 6 mm drop of the Adistar feels more like a 10 mm or 12 mm because of how much firmer the heel is, compared to the forefoot so it feels like your foot is sitting on a steep downward ramp. This is a similar feeling to the Wave Rider 25.

The Adistar is one of the few Adidas performance trainers to not have a Torsion or LEP shank on its outsole so it feels more relaxed and doesn’t feel as snappy. A Torsion shank helps the forefoot to return to its original position faster, after it flexes.

On the outsole, there’s a lot of grippy Continental rubber on the medial and lateral sides with a deep, decoupled groove right in the middle which helps centre the weight and smoothens transitions.

Continental is normally a very tough, abrasion resistant rubber but the way the Adistar is designed, I found myself heel striking on the lateral side much more than I usually do and, the outer heel rubber has already worn down to the same level as the midsole.

The upper is my favourite part of the Adistar even though it looks like a lifestyle sneaker upper. It’s padded in all the right places and foot lockdown is superb.

You can tell that it was designed for the long, slow run because it has the comfort of a max-cushioned trainer.

It has a padded tongue which is not gusseted but there’s no tongue slide because the tongue is wide and thick enough to hold it in place.

The upper feels slightly warm because of all the padding and the overlays but there are holes on the top of the toe box for extra ventilation.

They’ve used a flat, furry shoelace which works well but I would have preferred something thinner and more performance-oriented.

The Adistar is the correct length but it has a narrow midfoot and toe box. It’s perfect for my feet but I can foresee wide-footed runners needing to go up a half size.

Sadly, there is no reflectivity on the Adistar.

This Adistar has nothing in common with the old Adistar Boost: it’s firmer, clunkier and stiffer.

Given the choice, I’d still probably choose the Adistar Boost (even though it’s 9 years older) over this new version because it was more versatile, lighter and it was more comfortable.

I think that Adidas were trying to go for a “Hoka” type of trainer- highly cushioned, medium drop with a rocker.

Unfortunately, the new foams don’t feel soft enough for distances over 10 km and the rocker doesn’t work well due to the big difference in foam densities so it doesn’t feel energy-saving or efficient.

At $130, the Adistar is the exact same price as the Hoka Clifton 8 and is a direct competitor but the Clifton is a much better shoe. It has a more pronounced rocker so it’s versatile and it feels more cohesive, more polished.

The Adistar was designed for the long, slow run but I would even choose the Ultraboost over the Adistar because Boost is softer and has more energy return than Repetitor.

The Adistar does have some good things going for it. It is incredibly stable for a maximalist shoe and it doesn’t feel like a traditional stability trainer. It also has a really comfortable, plush upper and a modern look.

As editorial policy, we do not accept free samples from companies.
We purchased this pair of adidas adiSTAR at Running Warehouse with our own money.

Visit ShopRunningWarehouse.Com
This page contains affiliate links. As an Amazon Associate I earn from qualifying purchases.
WHERE TO BUY
LOWEST PRICE
$39