Review: Hoka One One Speedgoat 5

Expert Review: Hoka One One Speedgoat 5 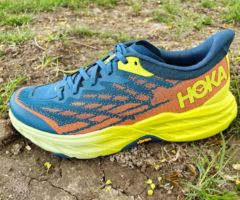 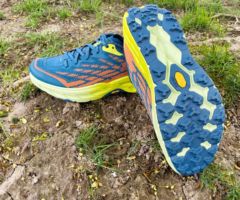 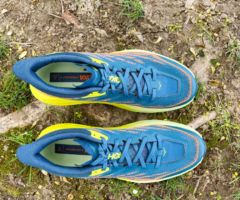 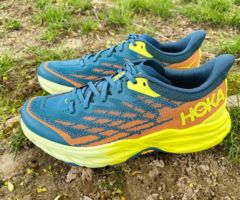 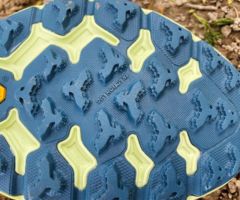 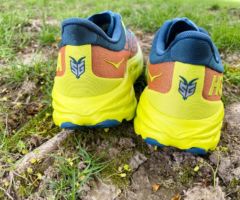 The Hoka Speedgoat 5 is an improvement upon what was already one of the best and most popular trail running shoes. Hoka maintained everything that worked in the past and added improvements such as a roomier upper, lighter midsole and grippier lugs. The best got even better.

Introduction Hoka One One Speedgoat 5

When it comes to name recognition, the Hoka Speedgoats rank very highly. They also rank extraordinarily when it comes to performance, popularity and preference among trail and ultra runners.

Impressions Hoka One One Speedgoat 5

Hoka made some significant upgrades from the already amazing 4s to the 5s. Among the most notable improvements was the lighter midsole, similar to what Hoka used in the EVO Speedgoat. The new midsole also made the shoe lighter. A men’s size 10 slimmed down from 11.25 ounces to 10.25 ounces in the new version. (Women’s models have been reduced by a similar percentage.)

The heaviness in previous models had been one of my few hangups with the Speedgoats. But now, with nearly 10% of its weight shed, the Speedgoat 5 (with a 4 mm drop) appears to be speedier and is more responsive that previous versions.

Changes also include a new Vibram Megagrip outsole along with completely redesigned lugs that somehow provide even better traction.

You may be able to still find the Speedgoat 4s at a great discount. They are a great shoe, but as compared with the 5s, the 4s are weightier, firmer and less responsive. While I like the 4s, I would recommend spending a little extra to get all the improvements Hoka made in the most recent version.

Protection Hoka One One Speedgoat 5

No need to worry about your toes as you cruise around the trails, mountains or wherever the trail takes you. The Speedgoat’s protective toe rand is flexible, yet wraps around the front of the shoe.

During the latter stages of my long runs when I wasn’t picking up my feet as high, I tended to bang my toes on rocks and roots. But the Speedgoats prevented any damage or injury.

Just like the previous versions, the tongue is very thin and gusseted. Still it protects the foot from the laces. This is another subtle change. The Speedgoat 4s design was rounded, letting the tongue lay over the ankle. The 5s tongue design has a titled or forked appearance. However, it still handles its job well.

Durability Hoka One One Speedgoat 5

Some users in earlier versions of the Speedgoats complained about durability issues. Hoka seemed to clear those up in previous versions and the 5s do nothing to diminish that progress.

After 50-plus miles in these Speedgoats, they appear to be have worn well. I fully expect to get my usual 400 to 600 miles out of these, depending on terrain. And honestly, I would think that higher up in that range will be the eventual outcome.

Responsiveness & Speed Hoka One One Speedgoat 5

Lighter is better for sure! The aforementioned reduction in weight means that this version of the Speedgoats are better suited for being responsive and promoting speed that its predecessors. However, if it is a fast and flat trail race you are doing, there are better and lighter shoe options available.

The responsiveness comes from the new CMEVA midsole. It’s a lighter, more responsive material than the previous Speedgoats, but can be found in the EVO Speedgoat.

Not only does the new midsole improve the Speedgoat 5’s responsiveness, but it accounts for a significant chunk of the shoe’s weight loss. Lighter shoe means you go faster. Win, win.

Comfort and Fit Hoka One One Speedgoat 5

While it was improving these other areas, Hoka didn’t neglect comfort. Known for its cushioning, Hoka somehow improved the cushioning in the Speedgoat 5s.

Right out of the box, the shoes felt comfortable. I’ve never had an issue with the comfort or fit with the Speedgoats and the 5s are no different.

For runners who are not used to the stack heights or cushioning that Hokas feature, you may want to try a different model before using the Speedgoats. A road shoe or a trail shoe made for more basic trails would be a good entry level so you can test how the shoe works for you on easier terrain.

If that works for your own natural running style or gait and you want to tackle more gnarly trails, then by all means level up to the Speedgoat 5.

Conclusion Hoka One One Speedgoat 5

When I pulled the Speedgoat 5s out of the box, it was with a mix of trepidation and excitement. I loved my Speedgoat 4s and knew there were changes in the brightly colored shoes before me.

Would Hoka deliver on its intended enhancements without sacrificing the quality that I had experienced in previous versions? It turns out, yes, absolutely. The Hoka Speedgoat 5 is one of the best running shoes I have ever worn. It has improved traction, lighter weight, more comfortable fit and a more responsive midsole.

One really has to search long and hard to find something wrong with the Speedgoats.

The Speedgoat 5 will serve runners well on challenging terrain. It handles roots, rocks, mud and more with ease. While it does not quite match some other trail shoes for speed, that’s not its niche. If you are wanting a fast shoe for flat half marathon on trails, there are other good options.

But for longer or more challenging runs, the Hoka Speedgoat 5s are hard — if not, impossible — to beat.

Price comparison:
Hoka One One Speedgoat 5

$123.00
was $155.00
See deal
36 people viewed these deals in the last 24h
This page contains affiliate links. As an Amazon Associate I earn from qualifying purchases.

About the Hoka One One Speedgoat 5

The speedgoat 5 is very similar to the Evo Speedgoat in feel. But the traction or grip on wet rocks is a lot worse, both on the pair I bougth and my wifes. On the... Read more paper it's both megagrip, but there is a big difference and they claim that there is a difference in the compound. But I'm slipping frequently in my new speedgoat 5.

Purchased speedgoat 5 after having speedgoat 3 very comfortable have been using nainly on road and vibrant soles not that durable as sticky rubber on Torrent 2 ... Read more The tongue is very good but with being thin the laces tie to their maximum easily
+ View 1 reviews

About the Hoka One One Speedgoat 5

Similar shoes to Hoka One One Speedgoat 5