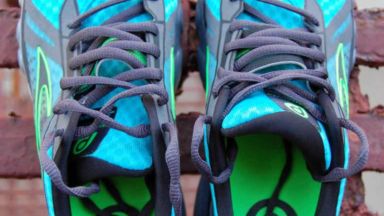 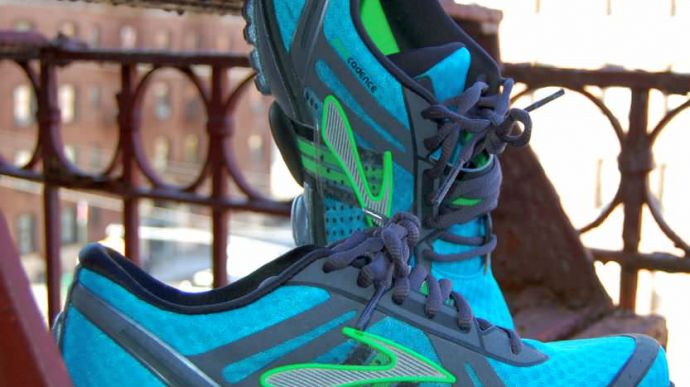 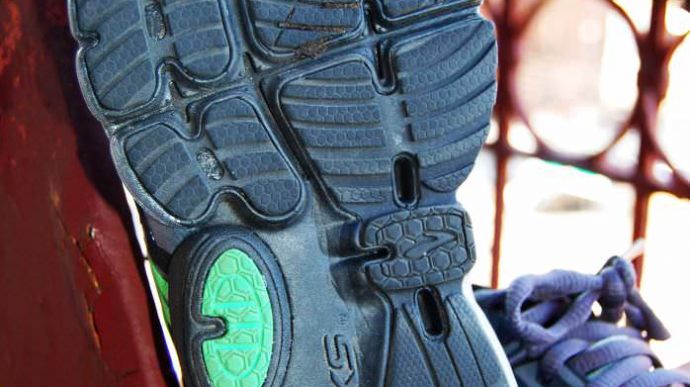 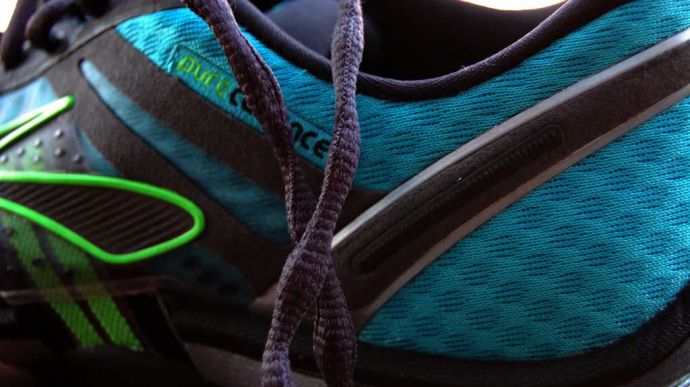 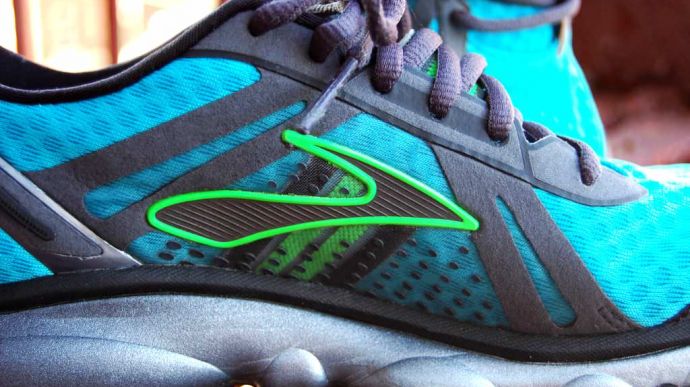 Although I typically run in neutral shoes, I liked the PureCadence, and it’s definitely a great option for overpronating runners looking to try minimal shoes. I really enjoyed running in them for speed workouts, though they won’t be my go-to shoes for longer workouts.
WHERE TO BUY
LOWEST PRICE
$141
SHOE INFO
Brooks
Brand
Pure Cadence
Model
Stability
Type
9.5 oz. (269 gr.)
Weight
120 US$
MSRP
WHO IS IT FOR
Overpronating runners looking for a minimal trainer for speed workouts or other short runs.
Help me choose

The Brooks Pure Project line, which hit stores this fall, was Brooks’ response to runners’ requests for more minimal shoes. The Pure Project line consists of four minimal shoes—the Pure Cadence, the Pure Connect, Pure Flow, and Pure Grit—each aimed at a different type of runner. The Pure Cadence is the stability shoe of the group, designed to allow overpronators to experience a minimal shoe. Key features include a supportive upper, a thick pod on the outer edge of the sole unit, as well as internal support in the sole unit to add additional stability.

Having heard quite a bit about the Pure Project line in the weeks leading up to their release, I was excited to try the Pure Cadence. From the first run, a short three-mile tempo through my neighborhood, I loved their snug fit and the smooth ride. Between the flexible sole and the lighter weight, they made for a great option for speed or track days, though I wouldn’t recommend them for trails. Having tried other minimal shoes, I was expecting a bit of soreness in my legs the next day, but didn’t have any issues the next day. Despite a lack of soreness, I would recommend easing into these shoes, as the overall experience is different from most other running shoes.

One of the advantages of minimal shoes that many runners focus on is the encouragement of a midfoot strike. As an injury-prone runner, I’ve been working toward improving my gait and footstrike, and I did feel a difference when running in the Pure Cadence. Post-marathon, I had noticed that my gait had slipped a bit, and I was going back to my old heel-striking ways. With regular runs in the Pure Cadence, I have found that even in my everyday trainers, my gait has improved considerably. Overall, I’ve enjoyed running in the Pure Cadence, and they’ll stay in my rotation for speed work and the occasional race.

The sole unit features two special elements to provide adequate stability for overpronators. The first and most immediately noticeable element is a small pod, located on the outside of the middle part of the sole, and is meant to prevent the foot from rolling inward and stressing the ankle. While I was concerned that it would feel awkward when I first looked at the shoes, I didn’t feel it on the run. The other main support feature in the sole unit is an internal bar running through the shoe diagonally. Like the pod, I didn’t find this element to be obtrusive while running.

All Pure Project shoes have two other distinctive features: a split in the toe box, called the Toe Flex, and a smooth inverted heel, which Brooks has named the Ideal Heel. The Toe Flex, located near the big toe, is meant to allow the big toe to work independently to encourage runners to use their own balance, rather than letting the shoe do the work for them. The second feature, which is one of my favorite parts about the Pure Cadence, is the Ideal Heel. The Ideal Heel is a smooth inverted heel, which is meant to encourage a midfoot strike.

The main feature of the upper unit on the Pure Cadence is the NavBand, a thick elastic band running across the midfoot. Meant to secure the foot in place and help the shoe conform to the runner’s foot, the NavBand is a nice addition, and adds to the overall snug and secure fit of the shoe. Overall, the upper’s construction is relatively simple and smooth, constructed mostly of lightweight mesh and nylon. One final touch to the shoe was the bubbled laces, which helps keep laces tied. While the upper doesn’t hold up well in rainy conditions—my feet were wet pretty quickly—it would be great for running in the heat. Another advantage to the upper is the smooth interior, great for blister-prone runners.

Visit ShopAmazon.com
Sorry - Product not found. Please try RunningWarehouse.Com to check in their assortment.
This page contains affiliate links. As an Amazon Associate I earn from qualifying purchases.
WHERE TO BUY
LOWEST PRICE
$141