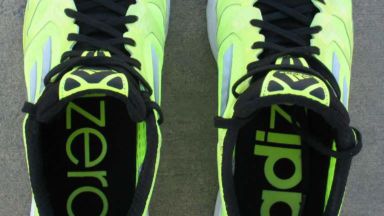 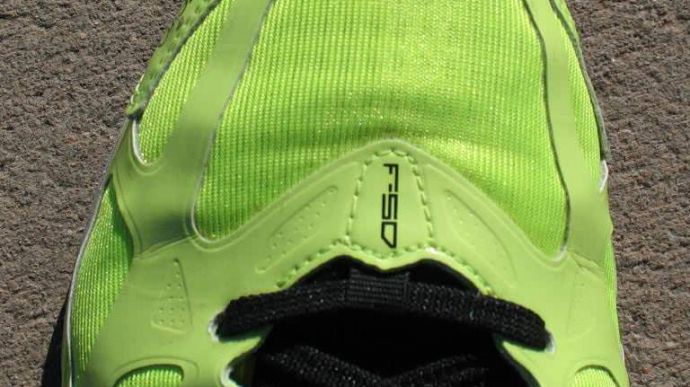 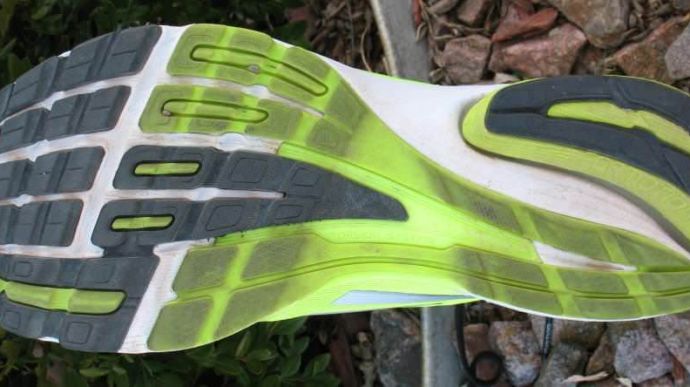 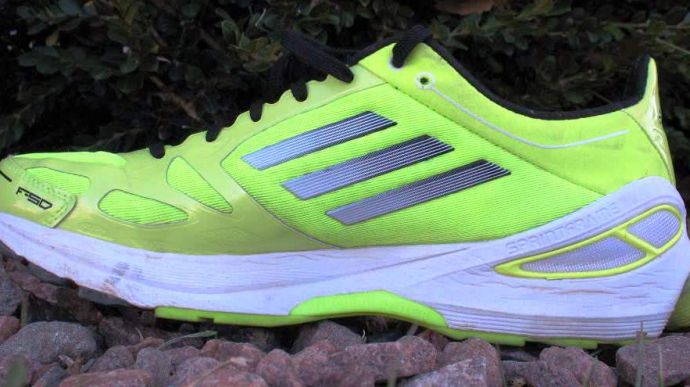 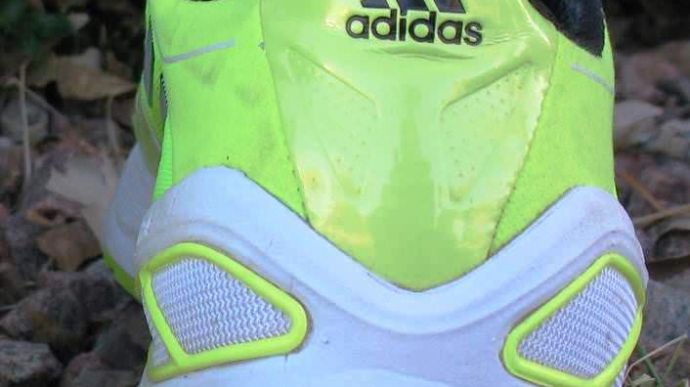 The F50 is a great sleek and fast shoe. I appreciated the responsiveness of the SPRINTFRAME and how easy it made running fast.
WHERE TO BUY
LOWEST PRICE
$100
SHOE INFO
Adidas
Brand
Adizero F50 .2
Model
Cushioning
Type
9.3 oz. (264 gr.)
Weight
100 US$
MSRP
WHO IS IT FOR
Neutral to mild overpronators looking for a great trainer that can handle a range of workouts. Also could be utilized by the more efficient moderate overpronator looking to transition into a more neutral trainer.
Help me choose

“Fast can be more fun.” Is the driving force for Adidas new version of the Adizero F50 .2. Which in this runners opinion is pretty spot on accurate with this shoe. Adidas has done a super job in creating the ride and transition of a racing shoe and melting it with the durability and support of a daily trainer. Using Adiprene foam, a FORMOTION heel, and tucked beneath is the new SPRINTFRAME that borrows its technology from Adidas lightweight Prime sprint spike. Being one that comes from the thinking of jack of all trades master of none I usually think of an all in one shoe in the same capacity. However, the F50.2 definitely makes the grade as a solid all in one shoe like the DS trainer or the NB 890 handling up-tempo training, long runs, and even mild gravel surfaces.

The first thing that jumped out to me was how low the overall profile of the shoe is. The shoe is very sleek and conformed well to my foot. The upper of the shoe is very thin giving it a very light and airy feel. The Toe of the shoe upon first glance appeared as if it would be a bit narrow. However, after my first run in the shoe this was not the case as I will elaborate later on. The midsole was nice and light, and well cushioned. I also really appreciated how the midsole conformed and flowed nicely to the contours of my foot.

As I just mentioned the upper of the F50 is very thin, airy, as well as flexible and conforming. This is in part to a few technologies than Adidas has incorporated into its upper. The main body is comprised of an air mesh that helps with ventilation, but is also very supple allowing it move and conform to the foot and its natural movements.

Hidden just below the air mesh is a COOlEVER mesh lining that is made from clover shaped yarn. This lining helped to reduce heat and wick away sweat keeping my feet comfortable and dry. A stitchless bonded SPRINT WEB capped the toe, and lacing system. This web provided just enough structure and support to the shoe without compromising its flexibility or weight. This helped keep the toebox very adaptable to my foot allowing my toes to move freely.

The tongue of the shoe is constructed of the same thin lightweight materials keeping it very minimal and helping it to stay in place. I did have a small issue with the front of the tongue folding in on the lateral side at the bottom just above my tarsals. This caused the material to ball up a little causing some minor discomfort. I remedied it by reaching in after the shoe was on and pressing it down with one finger then lacing the shoe up.

The Heel of the shoe is fairly narrow and flexible, and does not have the traditional plastic heel cup for structure. Instead the midsole extends up into the heel along with the SPRINTFRAME. The combination of the two helps provide a unique supportive heel. The upper is secured with a set of simple flat laces that remained tied on all of my runs.

Adidas begins with its CMEVA foam as the base of the midsole which provided nice durable responsive cushioning. A full forefoot layer of adiPRENE helped not only absorb shock but returned it providing nice forefoot propulsion. The heel cushioning is fairly substantial in the F50 this paired with a decoupled FORMOTION heel make the heel to toe transition very nice and effort less which I appreciated especially on more up-tempo runs.

The F50 strays slightly from the 12mm drop and incorporates an 11mm, which didn’t seem to feel much different than the typical 12.

A midsole support bridge or TORSION SYSTEM runs from the heel to the midfoot. This thermoplastic unit is designed to help decrease torsion through the foot strike for increased stability. I appreciated that Adidas didn’t overdo it and extend this too far into the forefoot. They did a nice job providing stability without sacrificing flexibility. I really think that this provides even enough stability for the efficient moderate overpronator to be able to run comfortably in.

Finally, the piece of resistance of the F50 that gives it that extra launch is the SPRINT FRAME. The frame is not to be confused as a stability device, but a spring loaded performance aid. The thermo plastic plate is hidden inside the shoe under the midsole and runs the length of the shoe. Its designed to push down as the foot flattens out from forefoot to heel, and as is begins to leave the ground the plate springs back. This gave an amazing pop to my toe off along with increasing my turnover speed all of which was smooth, quick, and effortless.

The outsole of the F50 is free of any cut outs which increased the surface area of the shoe, and not to mention helped avoid picking up large rocks. This made the shoe easy to take on less technical trails. Durable carbon rubber ADIWEAR in the forefoot and heel give the outsole nice durability that should go 400+ miles.

The ride of the F50 is amazingly smooth and responsive. This shoe coupled with its quick transition and snappy toe off made it easy to run fast. I found myself breaking into up-tempo runs when I had no intention of doing so.

I have put these shoes through a myriad of runs ranging from long 12-14 milers, ½-1mile intervals, and 7 mile pacers over varying terrain. No matter what I havethrown at these shoes they respond consistently smooth and effortlessly, especially as the pace increased.

This is a great high mileage shoe for neutral or slight overpronating runners. The F50 I think would also lend itself to the moderate overpronator that has been running for a while, and seeking to transition into a more neutral type shoe. I definitely think that this could be a great race shoe for those seeking more support than traditional racers, or the less efficient runner. After 150 miles the shoe has also proven its durability as it is showing very little signs of wear.

We thank the nice people at Adidas for sending us a pair of F50 to review. This did not influence our review of the shoes, written after logging more than 150 miles in them!