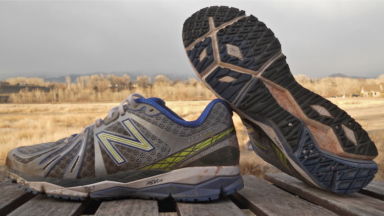 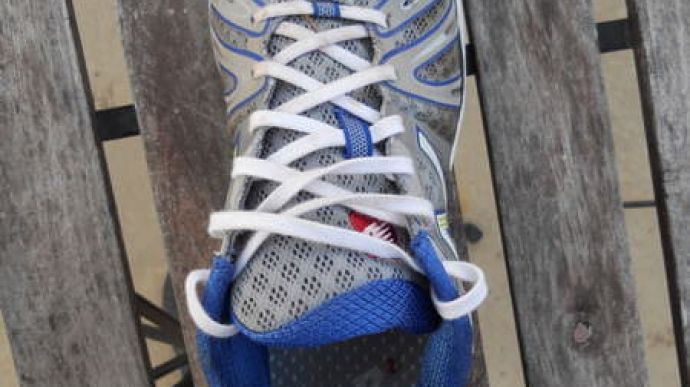 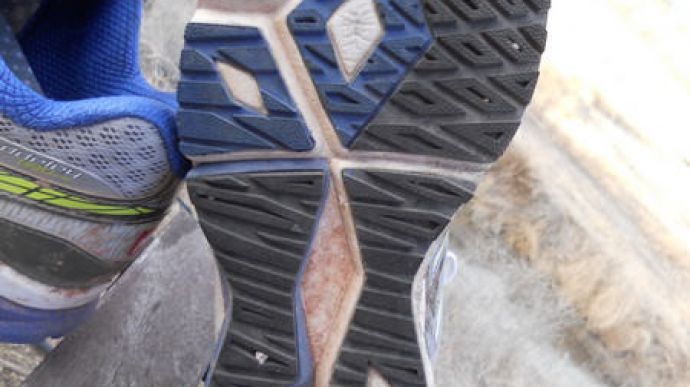 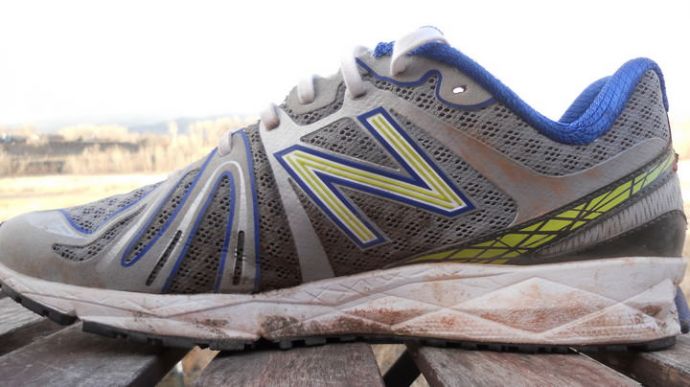 -New Balance updates the popular 890 with a lower drop and stack height but many runners are complaining of the shallow toe box. Overall a great shoe for neutral or mild overpronators who are looking for a durable shoe.
WHERE TO BUY
LOWEST PRICE
$110
SHOE INFO
New Balance
Brand
890 V2
Model
Lightweight
Type
9.0 oz. (255 gr.)
Weight
110 US$
MSRP
WHO IS IT FOR
-Neutral runners, mild overpronators, looking for a fast responsive ride. Mileage hogs will love how the 890V2 holds up over time.
Help me choose

After loving the first incarnation of this shoe (read about it here) I was encouraged by some of the subtle changes that New Balance had leaked prior to the release of the 890V2. I wore out my original 890s after 600 miles and they were my go to long run shoe for several months.

The V2 promised a slightly lower profile achieved by reducing the overall stack height of the shoe and the heel drop aimed at improving an already very smooth transition. New Balance also stated they were shaving the weight of the shoe down which is always a positive change.

After digging out my old 890s for comparison I stepped into the V2 to find that the volume of the upper has been reduced quite a bit. I was a bit alarmed by this and not having a high volume foot I am not used to having uppers fit tightly. After comparison with the original 890 I found that NB kept the forefoot width the same but made the toe box volume shallower by increasing the tautness of the fabric over the toe box.

Looking at my old 890s the toe box fabric had becomes stretched and even wrinkled when I had them on allowing quite a bit more room for my toes to wiggle up and down. I was alarmed enough by this change that Ruggero, the original runningshoesguru, made inquiries at New Balance. Sure enough, this was the intended design and although I was discouraged I was motivated to test out what is guaranteed to be a great ride due to the Revlite cushioning system.

Besides the aforementioned fit issues in the toe box the V2’s upper is a study in comfort and sleek design. Welded overlays similar to those in the original 890 cover an open mesh that changed geometrically in its design but functions just as effectively.

The heel collar and cup of the V2 stay almost identical but New Balance changed the eyelet lacing system oh so subtly. The flat laces remain and should reduce the amount of pressure on the tops of my feet but I’ve noticed that the V2 has a pressure point on the inside top (medial superior) of my foot. This pressure has effected a tendon on my foot and has caused me to lace the V2s very loosely to avoid any shooting pains. This does not happen with any of the other shoes in my current rotation or the original 890. I believe that the culprit may be a welded overlay on the inside of the shoe that terminates as a lace eyelet. Whatever the cause, I didn’t notice this sensation until I’d had over 50 miles on the shoe and now it happens every time I wear them unless I lace them very loosely.

As much as I loved Revlite the first time around New Balance has managed to improve the feel of this midsole. By reducing the stack height (28mm-20mm vs. 32mm-21mm) the V2 amazingly maintains the same great responsive cushioning by feels more stable and agile, and nearly one ounce lighter.

This shoe performed well on a variety of surfaces including loose gravel, rocky trail, and sandy hills and the shoe never felt sloppy. The Revlite seems to be one of the most resilient midsole materials out there and this guy has over 1,000 miles on them. After a 20 mile run in the 890 V2 the midsole still feels springy and responsive.

The geometric design of the 890 V2 does add some medial support and I have seen runners who moderately pronate get away with wearing the 890 which is advertised as a neutral shoe. I have also heard testimony from heavier runners who have told me that the Revlite withstands a good deal of pounding.

Some of the lug design changed on the 890 V2 but the basic design of the outsole remains the same. Unfortunately, this small change causes the outsole to pick up a lot of little rocks but doesn’t effect performance in any way. It is amazing how little wear my original 890s outsole show and I would expect the same type of durability from the V2s. A lot of surface area means a lot of contact with the ground and great traction on a variety of surfaces.

At first glance it seems that New Balance did very little to change the 890 which was one of my favorite shoes of 2011. Some of these changes were great, such as lowering the stack height and drop of the shoe.

The 890V2 feels faster, more stable, and it is lighter weight. However, this improvement is weighed against the shallow toe box of the upper and the possible lacing issues I recently started to experience. I have found myself simultaneously wanting to wear the 890V2 more for the great midsole cushioning yet reaching for them less and less each morning.

I have to emphasize that the 890V2 has one of the most responsive cushioning platforms on the market today and the Revlite foam is simply remarkable. I love the ride of these shoes and the heel to toe transition is one of the smoothest I’ve ever worn.

This is a shoe that can be worn for just about any type of running as the Revlite really firms up at faster paces. Some runners will not be bothered by the shallow toe box and I am able to ignore this fit issue to some degree by wearing my thinnest summer racing socks.

I would still encourage any runner looking for a great lightweight high mileage shoe to give these a try as I have not heard of any runners complaining of the lacing issues I am experiencing. Hopefully, New Balance keeps the positive changes they made to the 890V2, but as far as I am concerned they can keep the old upper. If they did this shoe would certainly receive five stars.

We thank the nice people at New Balance for sending us a pair of 890v2 to test. This did not influence the review, written after running more than 50 miles in the shoes!