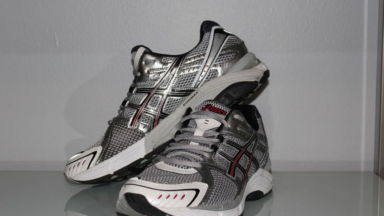 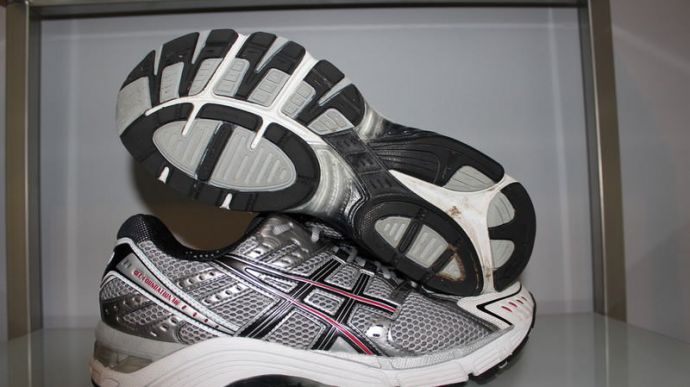 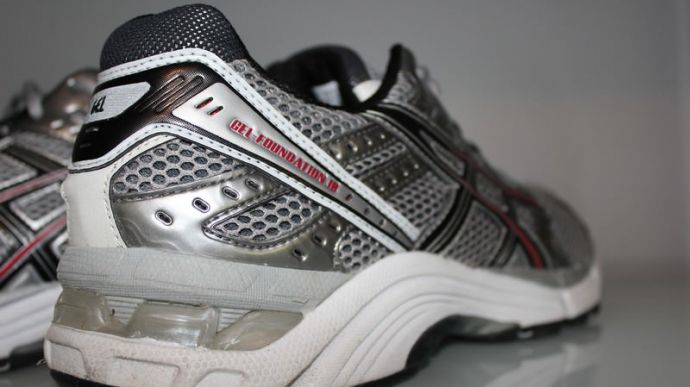 When it comes to running shoes, stability is something I can’t seem to get tired of. Although I don’t usually reach for a motion control shoe for most of my training, I really appreciate the extra solidity and cushion they provide for runs when I’m feeling less fresh.

Asics is one of the few companies still offering multiple motion control models with the GEL Foundation 10 being touted as the lightest control shoe in Asics’ lineup. My test pair came to me looking the part dressed in industrial tones of gray, silver and black. With a decade long history already behind it, I immediately set out to see how well the GEL Foundation 10 could shore up my over pronating foot strike.

The GEL Foundation 10 upper is somewhat reminiscent of its cousin, the Asics GT 2170. The fit and design cues follow similar lines but the Foundation ups the ante with more overlays to provide additional support to the upper. The overlays are of a thicker material than on other Asics I’ve tested and resulted in a warmer feeling running experience.

The Foundation also eschews the Asics offset lacing pattern in favor of a more traditional centered eyelet row. Asics has included a Biomorphic Fit panel alongside the big toe area to accommodate bunions and relieve any possible irritation to this highly flexible area. In keeping with the structured theme, even the laces and tongue on the GEL Foundation 10 seem quite sturdy. In fact, the tongue features its own overlay to reduce lace pressure over the foot.

As in most Asics shoes, the upper is finished off with an OrthoLite style cushioned sock liner.

The GEL Foundation 10 starts from the ground up with a massive DuoMax medial post. Not only is this the largest DuoMax posted shoe that I’ve tested but it is further reinforced by a solid slab of carbon rubber directly under the heel and rearmost portion of the arch.

The combination of the two results in the most stable Asics shoe that I have ever worn. And if that weren’t enough, Asics links the rear and fore foot with a Trusstic shank that further removes the excessive medial twist that an over pronating foot generates.

The GEL Foundation 10 last is built in combination style, featuring Asics’ densest SoLyte 65 from heel to arch. Twin GEL pods in the heel and forefoot provide impact dissipation and are wrapped in SoLyte midsole foam. In the heel, AHAR+(Asics High Abrasion Resistant) carbon rubber does battle with any surface you choose to run on while the forefoot provides a more cushioned blown rubber for a luxury ride.

Asics Guidance Line design is also present and carves a line in the outsole to help guide the foot from strike to toe off.

Again Asics has simultaneously impressed and left me wanting with one of their stability designs. The GEL Foundation 10 is a solid as a tank which is both its blessing and curse. The heel is remarkably stable and the arch is pleasingly solid.

Even though I am 6’ tall and 160 pounds, I can crease the heel in most traditionally posted shoes rather quickly. The GEL Foundation 10 suffered no creasing at all during my testing, probably due to the reinforced heel design. However, all that support comes with a price as the Foundation runs slow and heavy.

My size 10 test shoe weighed in at almost 13 ounces and I found it difficult to up the pace in the shoe even with fresh legs. The shoe is also remarkably soft considering how much control it brings to the fore.

As with other Asics that I have tested the GEL Foundation 10 felt hotter and less breathable than competitor shoes. On the bright side the upper fit was spot on for my average width feet. The toe box has plenty of room for toe wiggle and gives way to a very snug mid foot and heel which is the way I like a shoe to fit. Motion control shoes can tend to fit wider and baggier but the GEL Foundation 10 locks in the fit for average width feet that need max support.

We thank the nice people at Asics for sending us a pair of Foundation 10 to review. This did not influence our review, written after running more than 50 miles in them