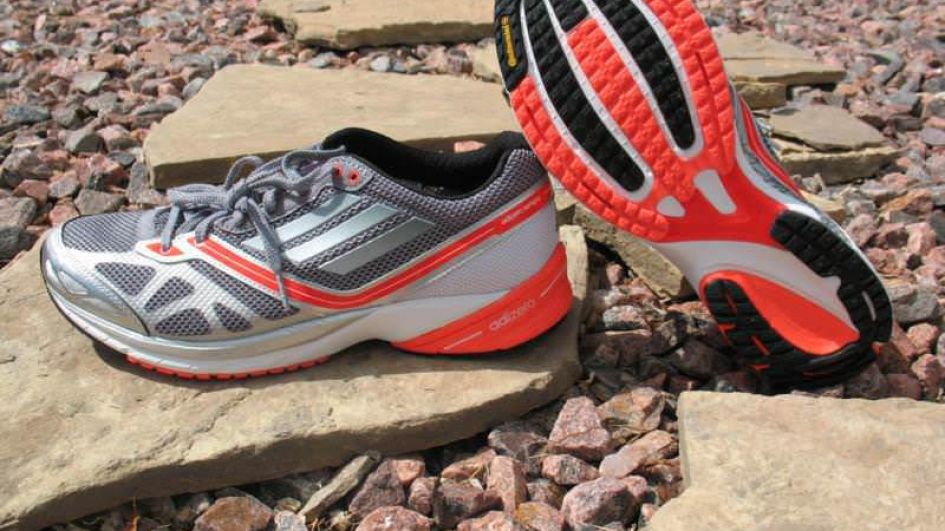 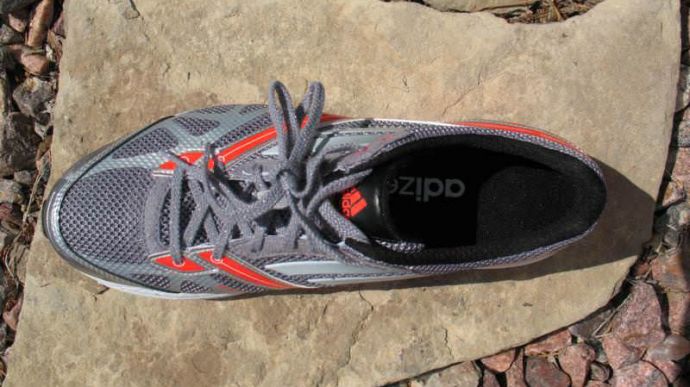 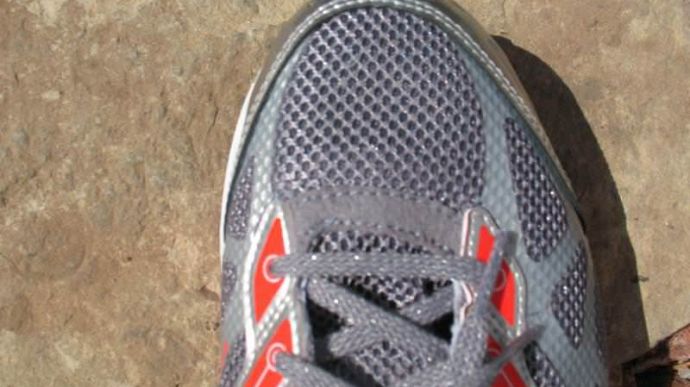 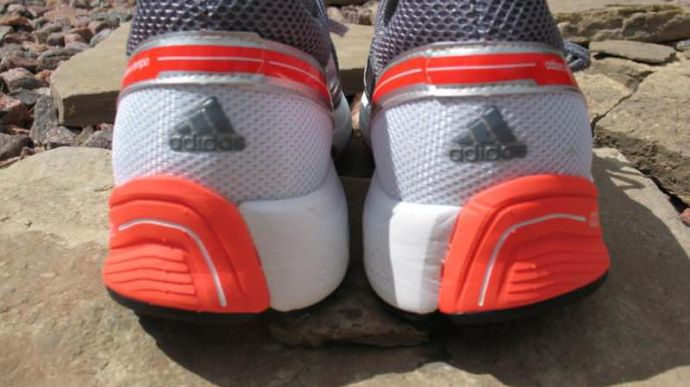 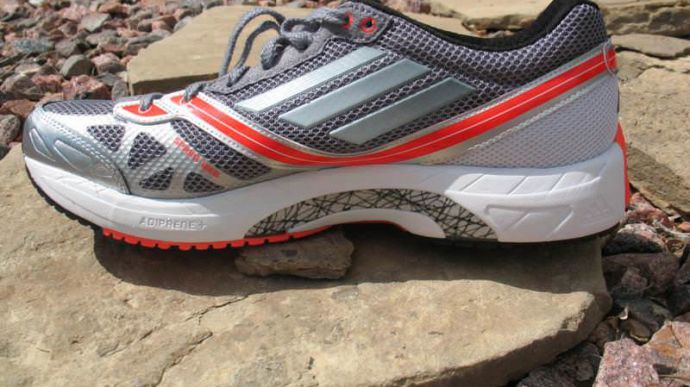 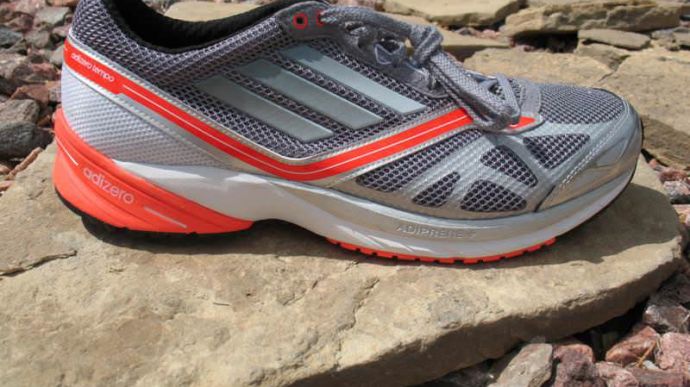 The Tempo 5 offers a comfortable lightweight fit that should make a wearer feel as if it is barely there. The smooth, resilient, and responsive midsole gives the shoe an effortless transition and ride. Any runner looking for a durable versatile shoe should give the New Tempo 5 a serious look.
WHERE TO BUY
LOWEST PRICE
$110
SHOE INFO
Adidas
Brand
Adizero Tempo 5
Model
Stability
Type
9.0 oz. (255 gr.)
Weight
110 US$
MSRP
WHO IS IT FOR
Neutral runners / mild to moderate overpronators with medium to low slightly flexible arches.
Help me choose

New for the fall Adidas is releasing its newest version of the Tempo, the Tempo 5. This new version lures runners in with a reduction in weight and an improved fit. I laced up my pair and set out to find out for myself, and to also see how they work as a daily trainer.

When I first placed on this shoe I was pleasantly surprised at how nice the fit and feel of the upper was right out of the box. The upper is built from an open mesh micro fiber suede. I really appreciated the lightweight feel and breathability of this material as it aided in giving the shoe an almost ghost like feel. Another nice feature of the shoe is the lack of hefty overlays. This new version incorporates in Adidas fused sprintweb overlay at the forefoot. This web helped keep my foot nice and centered on the shoe, but provided simple yet effective structure.

The lacing system of the shoe is simple but effective in creating a nice semi- custom fit. A set of stitched-on overlays running from the forefoot of the lacing system down laterally to the midfoot, and then up toward the rear of the heel where they terminate. This simple overlay band helped to pull all three zones up and in locking my foot into the shoe nicely without creating any undue pressure or hot spots. I can comfortably say that this is probably one of the most comfortable uppers that I have worn, and required no break-in period.

Rather than using crazy design options to reduce weight in the Tempo 5, Adidas has opted to creatively change up its midsole foam composition to achieve its new weight reduction. Adiprene is still the predominant EVA in the midsole especially in the heel to aid in shock absorption. New to the Tempo 5 is the absence of the Foremotion heel. The 5 now uses a Lightstrike EVA heel to further improve cushioning, but it also helped to add a softer landing along with a smoother, quicker heel-to-toe transition when running faster. Adiprene + is forged into the forefoot giving the shoe a nice smooth propulsion through the toe-off.

As with its predecessor, the Tempo 5 still uses Adidas Promoderator instead of dual densities for pronation control. This control feature fills in the arch of the shoe nicely, giving the shoe a snug, comfortable feel. The stability of the promoderator was effective at correcting my slight overpronation without being noticeable or overbearing.

Another significant difference in this new midsole is a reduction in height that also helped to contribute to the shoes 1.5 oz. weight loss. The new midsole has a 22.5mm heel and 12 mm forefoot giving it a 10.5 mm drop. This reduction helped make the shoe nice and flexible without compromising the shoes’ ability to carry me comfortably on runs up to 13 miles.

The newly constructed midsole of the Tempo 5 is covered with a blown rubber outsole. A piece of Continental rubber has been added to the toe for increased durability, and traction in wet conditions. The outsole uses a classic waffle pattern that provided nice traction over varying terrain, i.e. pavement, dirt roads, improved crushed gravel paths. A two pronged torsion bar bridges the heel and fore foot providing the shoe with a dynamic toe-off and responsive ride. After 100+ miles the outsole of the shoe is showing very little signs of wear.

If you are looking for a versatile shoe capable of track work, tempo runs, pounding out miles, or racing especially up to the marathon distance than the Tempo 5 might deserve a look. The upper of the shoe is so comfortable, and flexible that is that it should accommodate most foot types. With an overall weight of 9.0 ounces the shoe may be slightly heavier that most racing shoes, however its responsiveness makes up for it in the long run. The Tempo has a racing flat feel but is definitely more durable and comfortable. I think that Adidas has done a great job with the upgrade of this shoe and I can’t think of anything that I would change other than a slightly lower heel to toe drop for future incarnations.

We thank the nice people at Adidas for sending us a pair of Adizero Tempo 5 to test. This did not influence the outcome of the review, written after running more than 50 miles in them.

The Adidas SL20.2 is a worthy upgrade to the popular SL20. It has been updated ...(Read expert review)

The adidas SL20 delivers on its promise of a lightweight, breathable ride for ...(Read expert review)

Built with the same concept of the previous versions of the Adizero Adios ...(Read expert review)

I have not run in the Brooks Launch since versions 4 and 5, so for me, the ...(Read expert review)