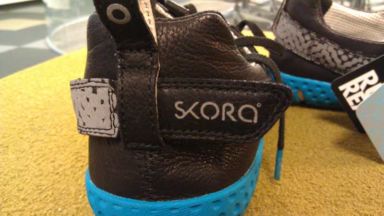 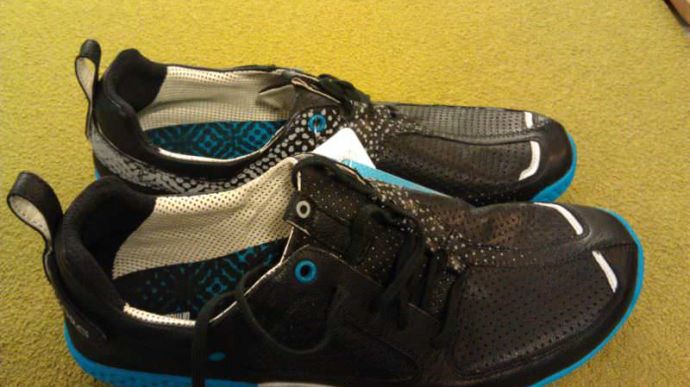 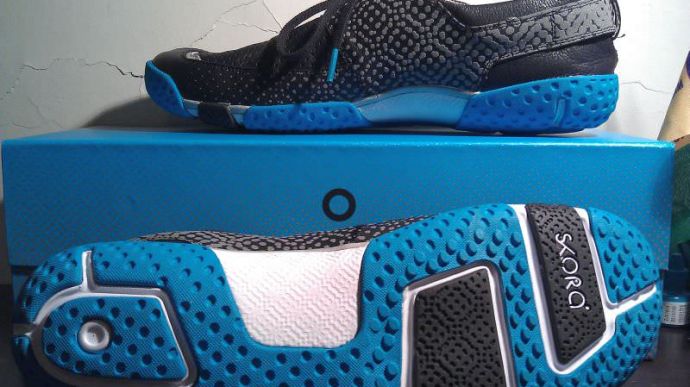 Skora's debut into the running shoe market is a strong one, though minor adjustments would make the next iteration of the shoe even stronger.
WHERE TO BUY
LOWEST PRICE
$185.00
SHOE INFO
Skora
Brand
Form
Model
Minimalist
Type
8.2 oz. (232 gr.)
Weight
185.00 US$
MSRP
WHO IS IT FOR
Advanced minimalist runners
Help me choose

The Skora Form debuted this year from the upstart shoe manufacturer, looking to stand out in an increasingly-crowded minimalist market by encouraging the natural, back-to-basics ethos of their design principles. Based out of Portland, OR, Skora seeks to redefine the conversation within minimalism—to eschew the bizarre and purposefully off-beat for shoes that provide only what’s necessary, and in the proper portions. The crux of Skora’s design centers around midfoot stroking, minimal cushioning, and lightweight features.

When I first opened the shoebox of the Form, I envisioned that the shoes within were actually sent to me from the future. Replete with vibrant colors, offset lacing, and an upper made of goatskin, I wasn’t quite sure what I was in for. Thankfully, after lacing up and starting my first run, I was reassured that the Form weren’t as far-out as I might have believed upon my first impressions. All in all, the Form was a very comfortable, lightweight shoe. With little discernible cushioning, they provided the exact experience they promoted—a natural-feeling run where I could connect with the various surfaced I passed over. The Pittards WR100X sheepskin lining and Armor-Tan goat upper didn’t make my feet too hot, as I initially feared. The toe box was roomy, and the heel provided just enough room to be comfortable without being too lose.

All told, the Skora Form accomplishes its goals quite well—even if there are a few serious design elements that I personally could have done without. The shoe’s insole features small bubbles, presumably for the comfort of the wearer’s feet. The insoles, however, created a three-inch blister under the hard, callused skin on the ball of my right foot. The blister caused considerable pain and took weeks to clear up. That said, the insole is removable and is the single sour note on an otherwise delightful experience with the Form. Future iterations of the shoe would fare much better if the insole was redesigned.

The Skora Form features a zero-drop sole—fashioned out of a four millimeter tread that zig-zags across the bottom of the shoe. The forefront of the shoe has by far the greatest amount of cushioning (which is still quite minimal), promoting midfoot stride in the wearer. Additionally, the outsole is curved, mimicking the foot’s natural contours for a glove-like fit. Despite the scant amount of outsole rubber, the Form is quite durable, and fared well on gravel as well as asphalt. The three-part construction sandwiches thin layers of rubber together to provide just the right amount of cushioning in a minimalist shoe.

The Form’s upper provides an excellent blend of comfort, flexibility, and support. Eschewing a heel counter, the upper moves with the foot easily and adapts to uneven surfaces along with the rest of the leg. The OrthoLite sockliner lends itself to a comfortable fit, though the bump pattern underfoot should be scrapped entirely on future models. The toe box provides plenty of space for movement, and is thin enough for runners to see the outline of their feet moving around underneath the surface of the shoe.

Skora shot the moon with their foray into the minimalist shoe market. It’s rare that I can walk away from a shoe that made me limp for a week and be as positive as I am about the Form. Despite a rough patch on an early run in the shoe, I found the Form to be comfortable, secure, and ideal from a construction and design standpoint. With minor alterations, I could easily foresee buying a pair in the future and would recommend them to seasoned minimalist runners.