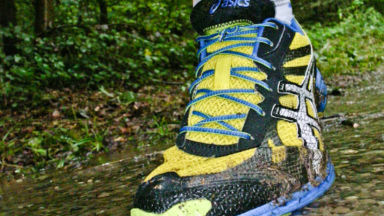 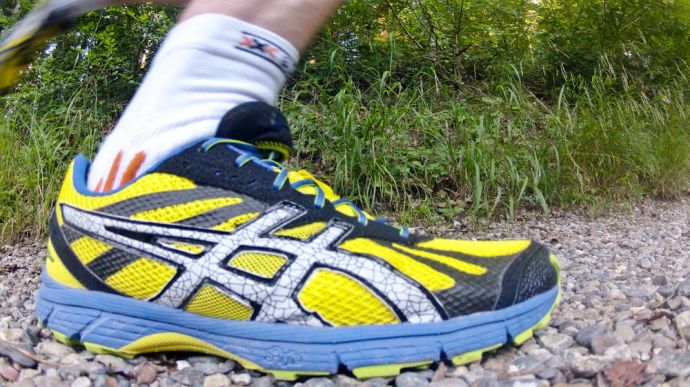 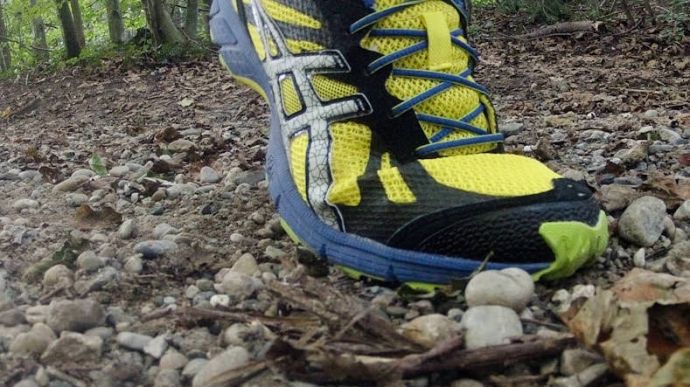 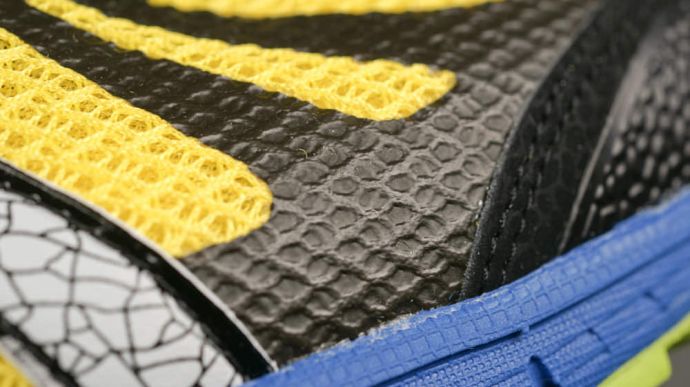 The Fuji Racer feels like a streamlined evolution of the Fuji Trainer trail shoe. This makes sense, a lighter, faster race shoe design to complement the lower spec version. It’s a minimalist streamlined design and about 100g lighter per shoe than the Trainer. The Racer fits closer to the foot than the Trainer, and hugs your mid-foot with just enough toe room and good fit in the heel. The sole flexes easily around the ball of the foot (exactly where it should flex) for natural strides while running. When you run with the Racers there is the sense that the shoe is an extension of your body (well, I feel that way at least). I tested the Racer on trails in the hills of Zurich, including dry trails and also while it was raining, giving me an excellent perspective of the water drainage properties of the shoe.

The MetaRacer is Asics’ first foray into the world of carbon-plate racers. ...(Read expert review)