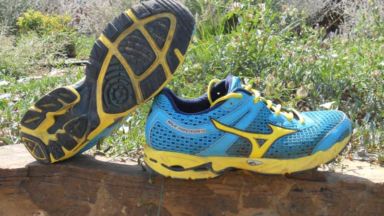 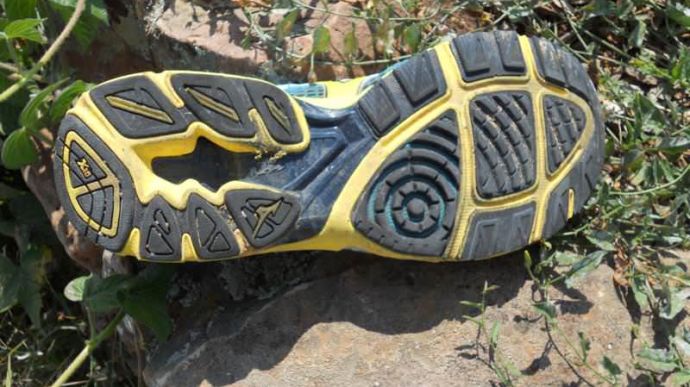 The Precision 13 brings Mizuno back to where the Wave Rider 13 left off. This is a go fast trainer which can be worn for long runs and everyday running with plenty of cushy forgiveness.
WHERE TO BUY
LOWEST PRICE
$110
SHOE INFO
Mizuno
Brand
Precision 13
Model
Lightweight
Type
9.5 oz. (269 gr.)
Weight
110 US$
MSRP
WHO IS IT FOR
Neutral runners looking for a fast responsive trainer.
Help me choose

The Wave Precision 13 is the newest incarnation of the Precision series aimed at performance running. This shoe is versatile enough for some runners to race a marathon distance yet still be worn for fast tempo workouts during the week due to its relatively lightweight and responsive cushioning.

My first feeling about the Precision 13 was hope in that this shoe would finally provide the neutral cushioning with some flexibility which I have craved from a Mizuno shoe for some time. Over the last two years I have watched popular Mizuno models bulk up on support and rigid wave technology while losing forefoot cushioning. Upon taking the shoes out of the box I noticed possibly the most hideous color combination I’ve seen on a running shoe in several years. After my wife asked me if I was wearing women’s shoes, I decided to give them a short six mile test drive. What I quickly found is that the Precision 13 delivered a superbly cushioned ride in a lightweight package with just enough support to make my tired legs feel pampered.

Mizuno achieves a high level of cushioning by using their AP+ midsole material though out the full length of the shoe on top of their wave technology which offers additional cushioning and forward propulsion. I have become a major proponent of the AP+ EVA foam due to its resiliency over the lifetime of the shoe, and this could be due to the combination of having the EVA bolstered by the thermoplastic Wave unit. All I know is that my Precision 13s are nearing 350 miles and the cushioning continues to impress me enough that I often wear them on recovery days when my feet and legs feel beat up. The great part is that I can put them on later in the week for a tempo run or fartlek which really makes them a great shoe for budget conscious runners who by one shoe and wear it to death.

A straight forward carbon rubber outsole is well placed to save weight and minimize wear and provide average traction on pavement for a road shoe. Mizuno uses their extended Wave Plate technology which doesn’t necessarily increase the amount of rigidity in the shoe as advertised, but I will say that this is a less flexible shoe than similar 9.5 ounce trainers I wear.

The Precision 13s upper consists of breathable mesh and a Ortholite Sockliner with anti-microbial properties has kept these shoes from getting smelly. I loved the flexibility of the Airmesh upper which allowed my feet to expand a bit with the swelling of a hot long run and kept air moving around my feet as well. Mizuno has developed a well earned reputation for great fitting uppers in my opinion, and the Precision 13s upper features a medium fit throughout the heel and toe box which make them accommodating to many foot types. My favorite aspect of the upper is the generous toe box and the dependable sizing of a Mizuno shoe which always places a perfect thumb width of space between my big toe and the end of the shoe. Well placed sewn on overlays compliment a minimal but effective upper, and I have yet to experience any durability issues 350 miles into this shoe.

Some runners I meet love to have a really rigid transition between the heel and toe of their shoes, feeling it gives them some extra torque which they cannot manifest with their feet alone. I tend to stray from shoes which seem to immobilize my mid foot, and the last several neutral trainers I’ve tried from Mizuno have done just that. However, I feel the Precision 13 has certainly assumed the mantle as Mizuno’s best offering in the neutral category, and runners of all types will enjoy the versatility of this shoe.

The Precision 13 is the kind of trainer I would suggest to a first time marathoner hoping to run break four hours, or a larger runner looking to incorporate speed work into their training. I would also suggest this shoe for the fleet footed looking for a durable shoe to handle big mileage weeks and faster paced training without leaving the legs beat up.

We thank the nice people at Mizuno for sending us a pair of Precision 13 to test. This did not influence the outcome of the review, written after running more than 50 miles in them.