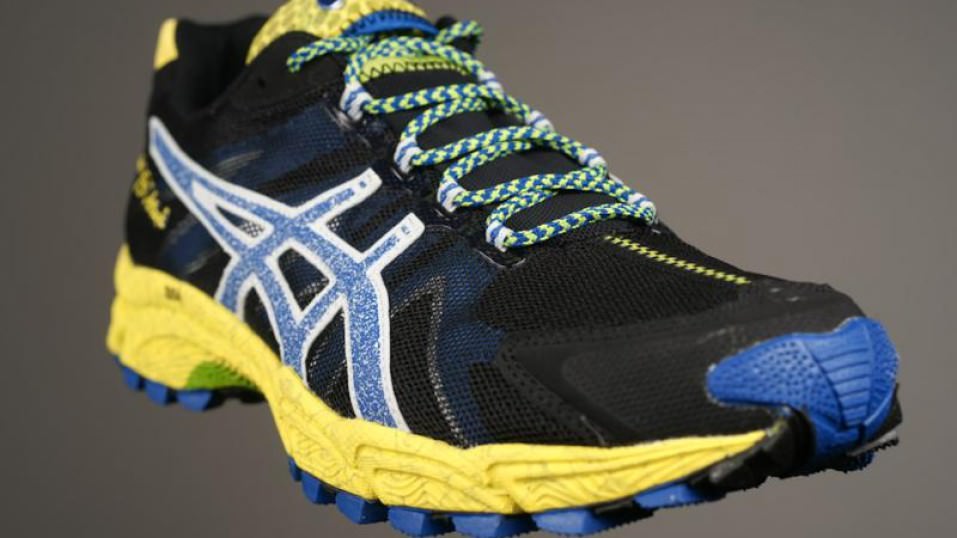 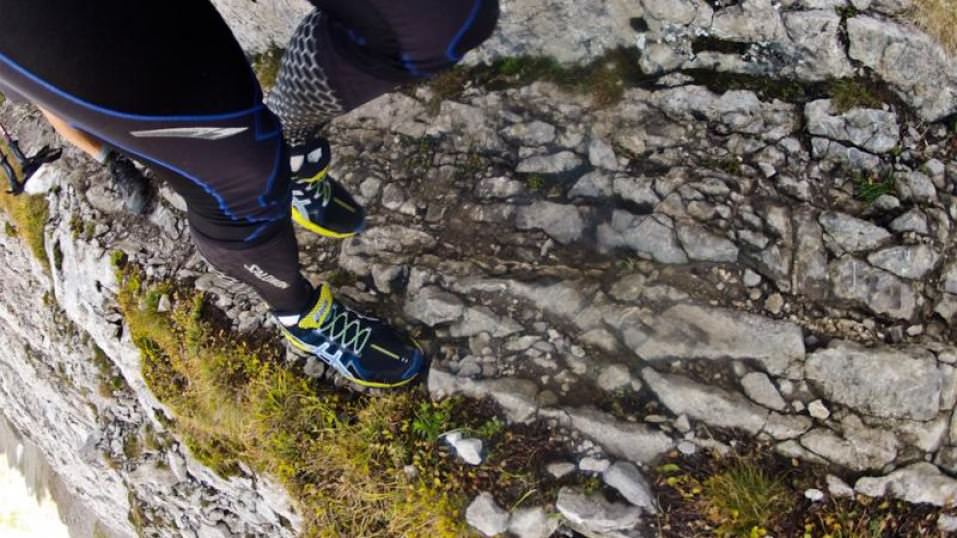 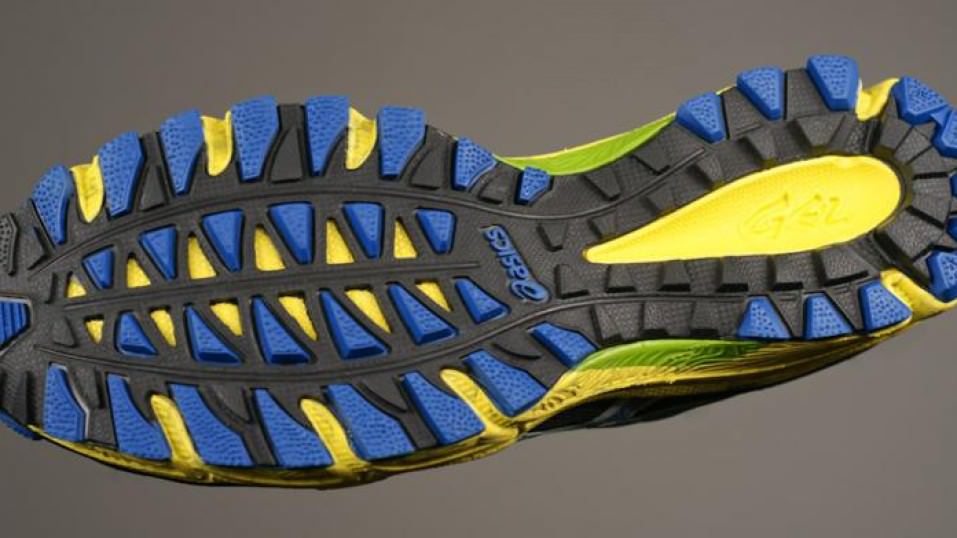 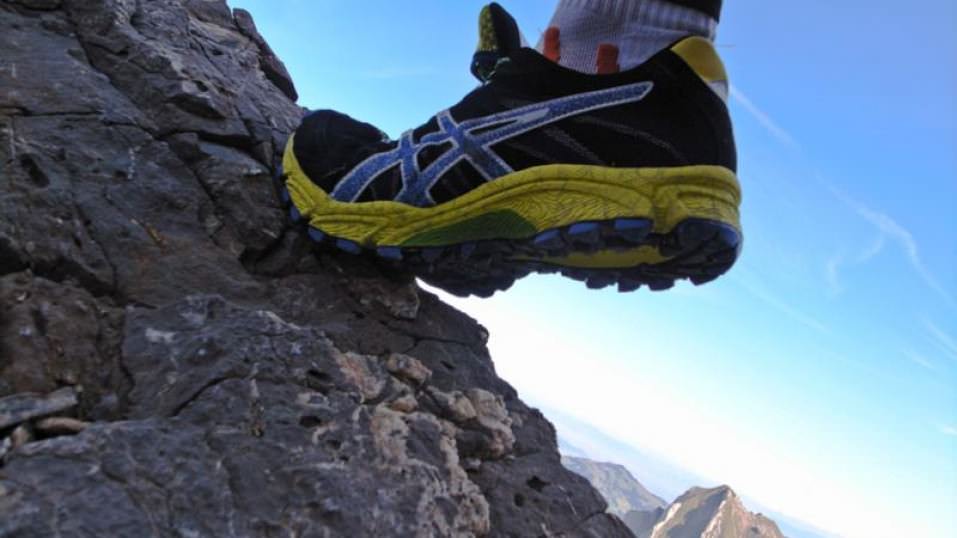 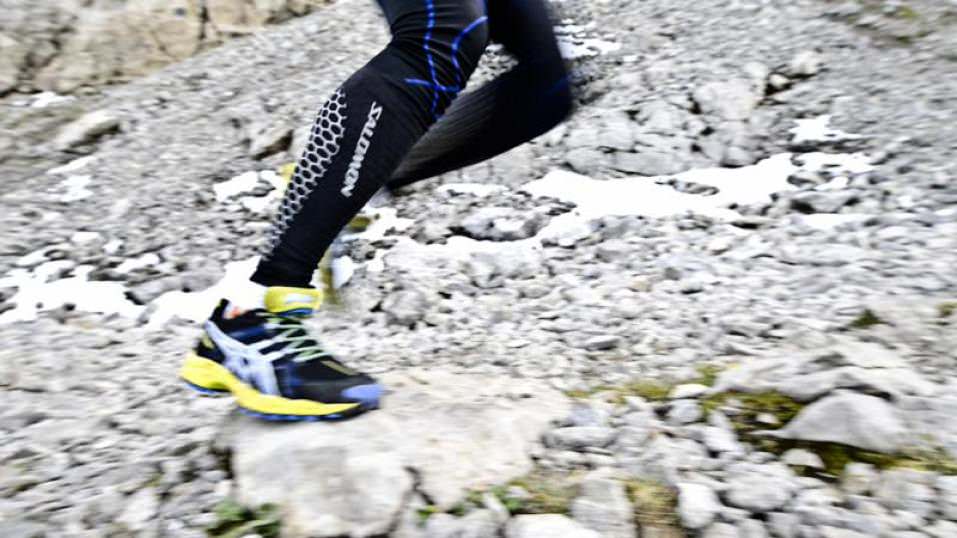 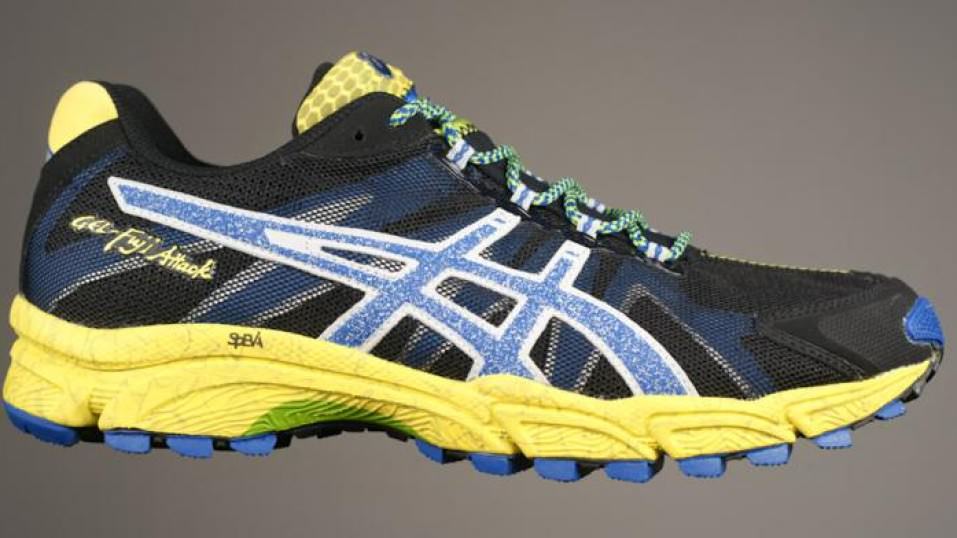 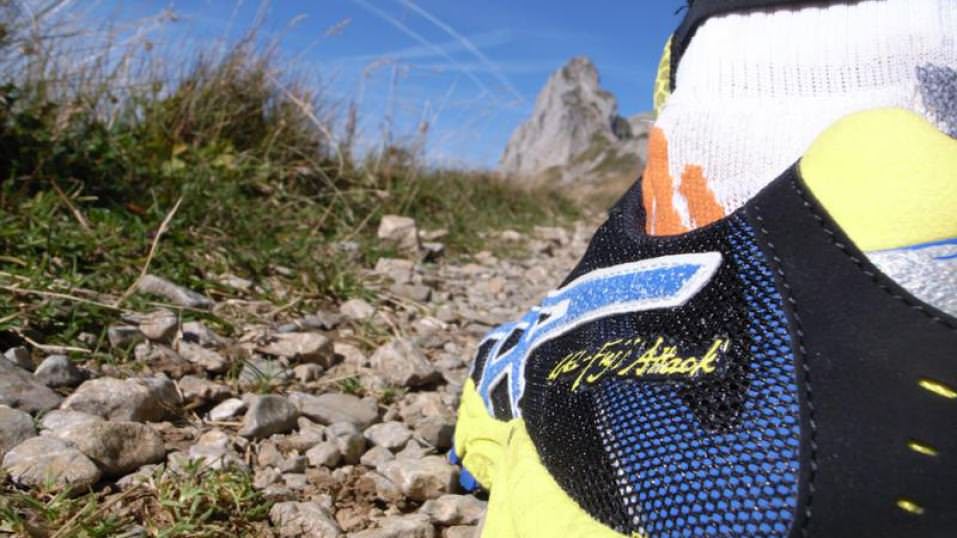 A well-cushioned shoe for trail and mountains
WHERE TO BUY
LOWEST PRICE
$160
SHOE INFO
Asics
Brand
Gel Fuji Attack
Model
Trail
Type
11.14 oz. (316 gr.)
Weight
160 US$
MSRP
WHO IS IT FOR
Neutral and slight pronation runners
Help me choose

Of the four shoes in the Asics Fuji trail running series that I have tested, the Attack is my favorite. Cushioned, stable on the trail, no excess of added features and a great fit, the Attack is a respectable trail and light mountain shoe.

One thing I like about the Attack is that it’s just a nice clean design, made from quality materials, and it’s not trying to be something that it’s not. Simplicity is beautiful and when companies design trail running shoes the tendency is to sometimes over-build the shoes without adding value to the function of the design. In many ways I feel that this is the problem with Fuji Trabuco, which looks really cool, but the aggressiveness of the design is not complemented with the technical features to make it a beautiful beast on the trail. Conversely, the Attack looks, fits and performs well as a trail running shoe, and by trail I also include mountain.

I took the Attack out on the alpine trails of Mt. Santis, one of the most prominent peaks in the Eastern Swiss Alps. These trails are essentially mountain hiking paths with dirt, large rocks, and steep falls if you drop off the edge. I figured this would be a good test for a more serious shoe, and over two days I tested the Attack and Trabuco side by side.

The Trainer and Racer shoes were mainly tested on easy to moderate trails, but I had the feeling that the Attack is a more robust model. Therefore I wanted to see how it works on mountain trails, the type I prefer to run on when I’m interested in feeding the freedom hunger of my soul. On Mt. Santis I was running on combinations of grass, dirt, big rocks, small rocks and negotiated mountain ridges with a little bit of snow, mainly between the Rotsteinpass and the summit, with the elevation varying between 2000m-2400m above sea level. These trails would assess the lateral stability and agility over different surfaces. My feeling is that if a shoe does well in this area, you can count on it in any reasonable alpine adventure.

The uppers of the Attack are composed of tightly woven mesh, not as breathable as those on the Trainer or Racers, and stiffer (for a mesh) as well. I like this design philosophy a lot because it holds your foot in a wrap-around state but the mesh will still stretch and conform to your foot as you slide forward or side to side. The toe guard starts with the rubber of the sole coming up over the front of the toes, and then a stiffer material wraps over the top and sides of the toe box. This gives good forward and lateral protection to the toes on alpine trails without changing the deformation properties of the toe area.

One of the main problems I had with the Fuji Trabuco shoe was the use of stiff plastic ribs on the uppers, which lead to stress concentration points and pain on the top of my feel. The plastic ribs in the toe region would also compress on my toes during normal walking, highlighting a design that doesn’t conform well to my foot. In my opinion, the uppers need to wrap around the foot, keep it stable and connected with the foot bed, and be breathable – and the Attack uppers do these things. The uppers on the Attack allow good stiffness transfer between the sole and the foot, which means good agility on the trail. However, the uppers also deform a little when your foot slides forward or to the side, distributing the reaction force over the surface of your foot, which reduces hot spots or stress points on your foot bones. So, +1 for the uppers design, now on to the sole.

The heel drop on the Attack is moderate at 10mm and when I run on them I have that nice natural stride I’ve come to expect from the Fuji line. The SpEVA midsole provides cushioning along the foot. The the bottom the treads on the Attack are not overly aggressive with a flatter profile and a combination of polygon and triangle designs arranged in an array which conforms to the shape of your footprint. This gives good multi-directional stability control on trails and also grips well on rocks (considering the type of rubber used). The tread design is similar to the Trabuco, but not as deep and I have the impression that the rubber is slightly stiffer. The result is that the treads are more effective over large rocks and loose dirt. Their flat top profile means that they transition well to hard road surfaces if needed.

The sole of the Attack is cushioned along the length. This means it has significant energy absorption in the forefoot as well as in the Gel heel. This is important to point out since many trail running shoes like the Salomon S-Lab 4 will have a highly cushioned heel with very little cushioning in the forefoot. This is done to allow better feel on the forefoot for fast and agile running over rocks. Why? Because the shoes are designed for pro trail runners like Kilian Jornet, not for people like me. I like having some energy absorption under my forefoot, especially on long days in the mountains. However, there usually has to be a balance between comfort and agility. I need to be able to feel the trail while descending fast down a mountain.

I classify agility as the ability to confidently move over surfaces with the need to make fast directional changes while running. For a trail running shoe this often means that your foot needs to be able to feel the ground while landing and jumping over or between rocks. I felt quite confident running up and down mountain trails with the Attack.

The connection between the uppers and foot bed felt quite solid and I wasn’t afraid to push myself and jump from foot placement to placement along the trail. I felt like I could push myself more so than with the Fuji Trabuco, where you have significant cushioning in the forefoot and therefore you don’t receive a lot of tactile feedback in your foot if you have a secure placement or if you’re about to slide off of the trail. So, in terms of comfort and performance, the Attack does a good job of cushioning your forefoot while also giving good agility control.

Over this summer and fall I’ve had the opportunity to run on four shoes from the Asics Fuji trail running line including the Trainer, Racer, Trabuco, and the Attack. Overall I like the Attack the best. It offers cushioning and technical trail performance in one package.

Still, I see room for improvement. If the treads on the sole where a bit deeper and made of a stiffer, higher density rubber, the Attack would be an interesting beast, performing more aggressively in the mountains and still be super comfortable. Now, I do realize that this probably isn’t the design intent of the shoe, but that’s what I would change to bring the performance of the shoe up a bit. Slightly deeper treads would give a more secure grip on soft ground and the stiffer rubber would give more secure grip and agility on alpine rocks. Overall though I’m happy with the Attack. In the mountains they will give a nice alternative to the Salomon S-Lab 4 which put too much stress on my toes, and give more cushioning than my La Sportiva Vertical K’s or RocLite 285’s.

We thank the nice people at Asics for sending us a pair of Gel Fuji Attack to test. This did not influence the outcome of the review, written after running more than 50 miles in them.