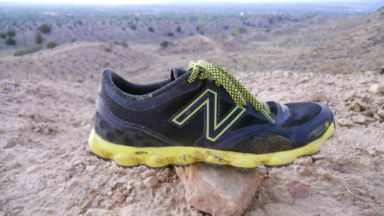 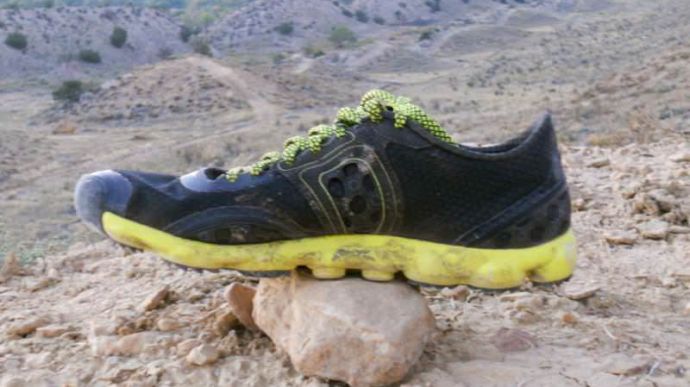 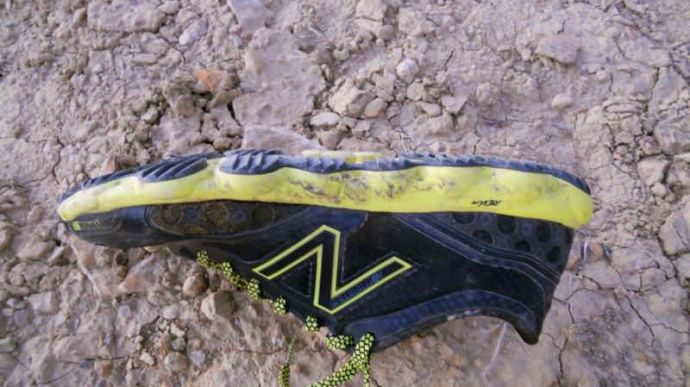 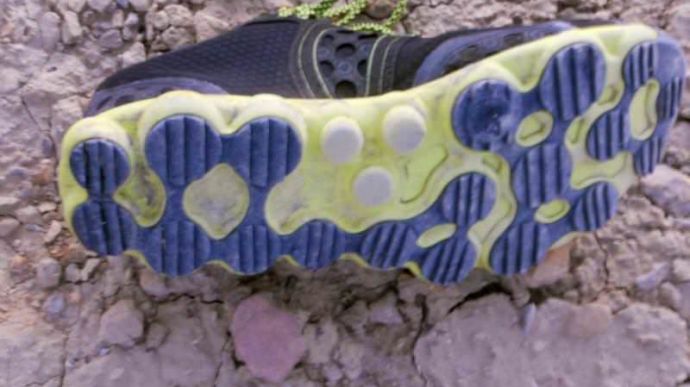 The Minimus MT1010 gives a great feel for the trail while providing a greater degree of protection than many minimalist trail shoes.
WHERE TO BUY
LOWEST PRICE
$110
SHOE INFO
New Balance
Brand
MT 1010 Minimus
Model
Trail
Type
7.7 oz. (218 gr.)
Weight
110 US$
MSRP
WHO IS IT FOR
Trail runners looking for a minimalist yet protective shoe
Help me choose

The New Balance MT1010 is a more protective version of the original MT10 Minimus Trail for runners looking to take minimalism further. With a 4mm heel drop and weighing a svelte 7.7 ounces, the MT1010 feels fast and responsive on the trail, while a minimal rock plate won’t send you home limping.

I have to admit being very excited about this shoe. Having enjoyed the MT101, and to a lesser extent the MT110, I was expecting an MT110 with a bit more cushioning courtesy of New Balances’ Revlite foam. I misunderstood the intention of the designers who instead crafted a beefed up version of the MT10, a very minimalist trail runner designed to strengthen runner’s feet.

When I first tried on the MT1010 I realized that, although the inside of the upper felt seamless, the length of the shoe was a bit shorter than a standard New Balance size 9.5 US. Wearing the shoe barefoot accommodated my foot enough for extensive training and I enjoyed putting the MT1010 through the paces.

Revlite EVA foam is a highly durable and responsive midsole foam which seems to last a great deal longer than many competitor’s EVA foams on the market right now. New Balance chose to go with a higher durometer (more dense and firm cushioning) Revlite foam for the MT1010 which does give the shoe a great deal of agility and effectiveness especially over softer trails. The heel to toe differential is 18mm to 14mm by my measurements which will leave you with sore calves if you’re not transitioned appropriately.

A minimal rock plate made of flexible plastic sits just beneath the outsole and provides adequate protection for non technical trails where sharp rocks are non-existent. The flexibility of the MT1010 is phenomenal and allows the foot to function very naturally which minimalists will love. The MT1010 lacks any sort of traditional support devices but its short stack height and wide footprint give the shoe a great deal of medial support for such a minimal package. I felt a great deal more stable in the MT1010 than I ever have in the MT110.

New Balance uses a Vibram outsole over high wear areas of the shoe typical for a neutral runner’s gait. These areas of high density Vibram rubber have very sticky ripples on them facing down on the forefoot to accommodate uphill running, and up on heel area to provide traction and breaking control in the heel. Under the arch area of foot are three pods made Revlite EVA without any carbon rubber covering them. This “floating arch” provided a more minimalist feel while encouraging a neutral forefoot strike. The outsole of the MT1010 was surprisingly effective given its simplicity, and I found that it worked great as an all around outsole shedding mud and clay and not getting bogged down in wet conditions.

The outsole also shows almost no wear after approximately 170 miles, even the arch area which lacks any protective carbon rubber. A very well placed toe bumper provided surprising protection when I happened to kick rocks.

The New Balance Minimus collection has elevated upper construction to an art form, and the MT1010 upper is no exception. Starting with a foot shaped last that features a wonderfully wide toe box and tapering gently through the mid foot and heel the upper of the MT1010 feels secure and smooth enough to wear barefoot while the fit will work for many foot types. A breathable mesh was used throughout the shoe and double layered over the toe box in areas that typically wear quickly. A mixture of welded and synthetic overlays provide just enough form to the upper without creating areas of friction or rubbing. The inside of the front half of the upper is basically seamless and I’ve never been able to run in a trail shoe barefoot so extensively. A gusseted and minimal tongue is sewn in to create a debris shield while flat wide laces provide uniform pressure over the top of the foot in a very simple way.

I put the MT1010 through its paces over a seven day vacation on the muddy rolling single track of Minnesota and I really appreciated the excellent breathability and how quickly the shoe dried when wet. The upper is simply fantastic and the fit made me feel like I was lacing up my favorite pair of cross country spikes. The only down side to the upper is the poor sizing which did bother me over the long run, and I found that I could not comfortably wear the MT1010 over 10 miles.

While the firm feel of the harder Revlite midsole is helpful on soft ground or when climbing on steep trails, I found it to be a bit jarring on roads or firmer trails in Colorado. I certainly felt most features of the trail while still being protected from major damage by the rock plate, but I couldn’t help but think about what the shoe would feel like with softer Revlite or simply more cushioning. The fit of the MT1010 made me want to run all day but I found my feet ready for respite after about an hour of hard running.

Some true minimalists will appreciate how this shoe builds on the concept of the MT10 without adding much bulk. To me, the MT1010 Minimus straddles the boundary between true minimalism and being a fully functional all around trail shoe. It begs to have a bit more cushioning to compliment such a great fitting upper and it will be interesting to see where New Balance’s forward thinking design team takes this shoe. Either way, it is definitely worth a try for style points alone!

We thank the nice people at New Balance for sending us a pair of MT 1010 Minimus to test. This did not influence the outcome of the review, written after running more than 50 miles in them.