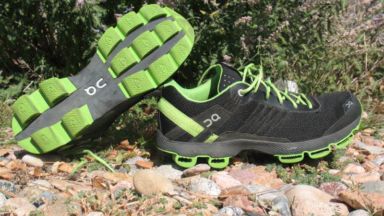 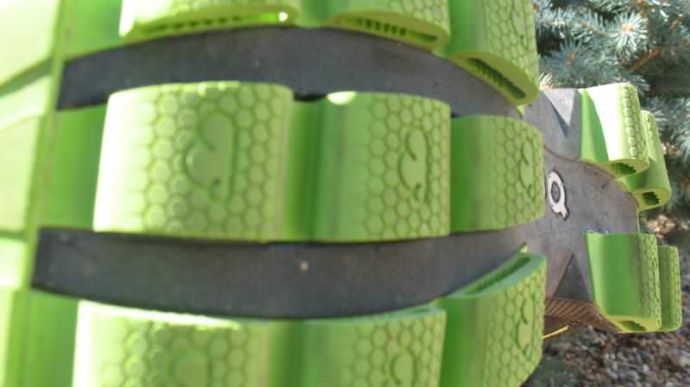 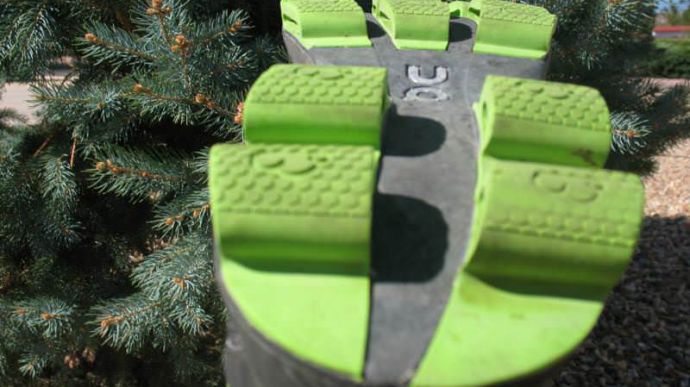 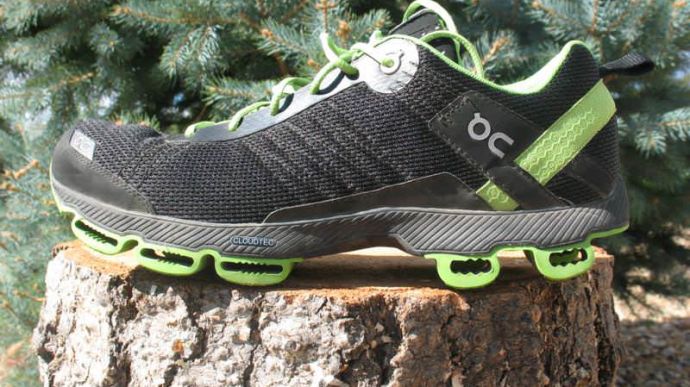 ON’s CloudTec technology offers up a uniquely different ride that is smooth and responsive. The Cloudsurfer is a unique one of a kind high mileage neutral trainer with excellent impact reduction.
WHERE TO BUY
LOWEST PRICE
$149
SHOE INFO
ON Running
Brand
ON Cloudsurfer
Model
Cushioning
Type
8.5 oz. (241 gr.)
Weight
129 US$
MSRP
WHO IS IT FOR
Neutral runners light to moderate overpronators seeking a different running experience and daily trainer that could possibly also double as a competition shoe.
Help me choose

This is the second version of the Cloudsufer that ON is introducing. ON for those of you new to the name is a fairly new running shoe company based out of Switzerland, and has found popularity amongst the triathlon crowd. This newer lighter version of the Cloudsurfer features ON’s patented Cloud Tec technology. This technology is based on 13 3D circular rubber elements that are part of the shoes sole unit. The Elements are engineered to absorb vertical forces, just like traditional running shoes, and horizontal forces as well. The thought is by eliminating both forces would be to create a running shoe that would not only help reduce fatigue and injury, but also give the runner a soft landing as if running on sand and a firm push off as if on concrete.ON claims that its shoes can reduce both impact forces by 25-30%, and is more active during push-off than traditional running shoes. There have also been claims floating around from independent studies that claim a 5.4% reduction in lactic acid build up. While of this sounds awesome the proof of the pudding is in the eating so let’s go for a run.

My Cloudsurfers arrived in a very simple black box that along with the shoes contained an ownership card and extra set of black laces. The Card contains and ID and password that I honestly have done nothing with yet so I regretfully cannot report on, if any, benefits or magical treasures that this may hold. At first glance the shoe has a very simple black mesh upper with few overlays. What really caught my eye was the green cloud elements that protrude from the outsole though is how substantial the sole feels. Initially I felt as if I were in a pair of platform shoes and thought that the shoe would be laterally unstable. However, after I walked around it was clear that it would just take some getting used to.

The sole of the cloudsurfer is truly what gives the shoes it uniqueness, and looks to remain fairly unchanged from its predecessor. The sole begins with a slim bed of firm EVA foam that has a 7mm drop. Atop the foam rests the 13 CloudTec elements 9 to the front and 4 to the heel. As I had written earlier these elements are the cushioning and energy return system of the shoe.

The sole has no visible stability features and is actually quite firm with not much to speak of in terms of flexibility. It is also very resistive to torsional forces as it does not twist readily in my hands.

I will have to admit that I am finding it hard to describe the ride and feel of the Cloursurfer other than it is the most unique shoe that I have experienced to date. The elements really help absorb shock forces extremely well and each acts independently of one another. The feeling of this dispersion is what I cannot seem to find words to describe, but it is definitely unique. As I transition through the gait cycle and the elements compress they seem to almost suction to the running surface and release at just the right moment providing not only unique effective traction, but also delivering the solid and effective push off that was promised.

The upper of this second iteration is where the most significant changes seem to have been made. The main base mesh fabric construction looks fairly similar as before but has possibly switched to a slightly tighter pattern. Gone are the strong use of overlays to the toe and midfoot that were present in the first version. Now they have been replaced by a creative zig zag stitch work that ties into the lacing system and slim stitched overlays midfoot along the sole. This stitching provided simple and effective support and structure. The removal of the overlays also seems to have resolved some possible toe box issues that I did not seem to encounter, it was roomy and comfortable. Also evicted from this version is a heel counter. In to replace it is intertwined webbing overlay and zig zag stitching combination. Again it is a very creative use of materials and engineering and is very effective at not only removing bulk, but in my opinion providing a better adaptive, secure, and supportive heel unit. The remaining upper is finished off in a bonded overlay lacing system that is secured with simple thin oval laces that remained secured on all of my runs.

I will have to say that when I received the Cloudsurfer I was initially skeptical of the shoe. It has been my experience that anything that claims it has developed a revolutionary breakthrough technology to improve performance or reduce injury is nothing more than added bulk, or really clever marketing. However, ON and its Cloudsurfer may be onto something. This was the realization that I came to after running on the shoe a few times.

I never really was able to experience fully all of the claims or gains that ON makes of the shoe, nor do I have the ability to discredit them either. What I can attest to is that the Cloudsurfer was a comfortable well made shoe that provided me with an effortless and comfortable running experience. For me this did take a couple outings in the shoe to get used to the feel simply for the fact that the shoe is so different for the norm.

The main issue that I have with the shoe is the price tag. Although ON has brought the price down slightly this go round I feel that it still seems a little steep. Don’t get me wrong the shoe is sturdy, well built, and I am sure a lot of time and engineering went into it. I just don’t see all of that justifying the $130 price tag that accompanies it. I appreciate the simplicity of the shoe and would hope that ON would not change that that by needlessly adding extras to the shoe to justify its price, a simple adjustment would be perfect.

In closing, if price is a non-issue for and you are looking for something different than give the Cloudsurfer a try. I have been surprised and enjoyed my experience in them. With the growth that ON has shown I expect that we should see more from them in the near future.

We thank the nice people at ON for sending us a pair of Cloudsurfer 2 to test. This did not influence the outcome of the review, written after running more than 50 miles in them.

ON Running ON Cloudsurfer Price Comparison

Similar shoes to ON Running ON Cloudsurfer