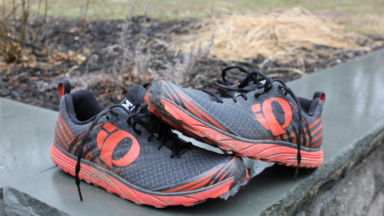 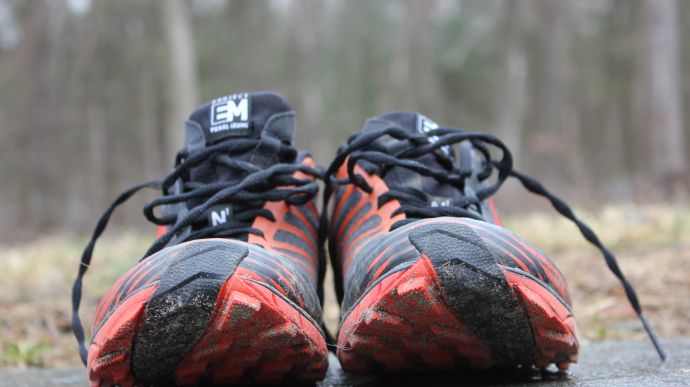 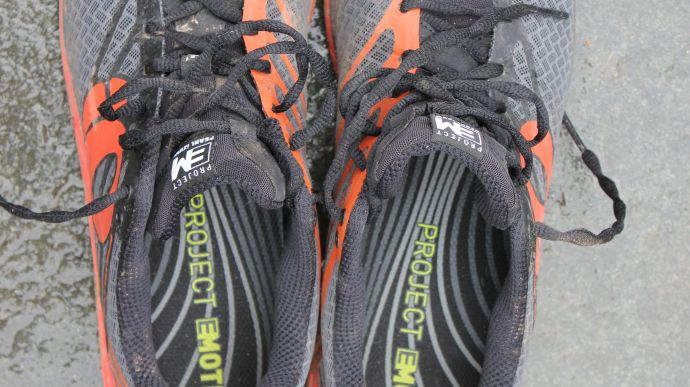 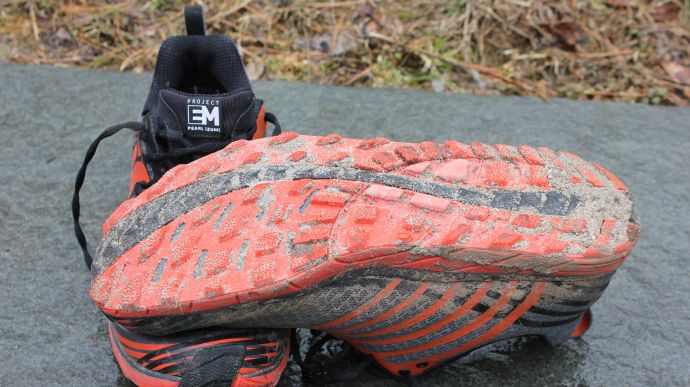 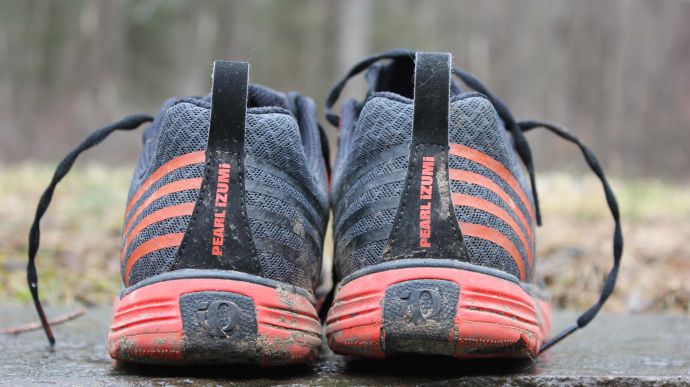 Pearl Izumi EM N1 Trail is very firm trail shoe for the neutral runner. You will find a very snug fit but watch for the firm ride. It will give you a well protected ride over the trails but not as fast as expected.
WHERE TO BUY
LOWEST PRICE
$115
SHOE INFO
Pearl Izumi
Brand
EM N1 Trail
Model
Trail
Type
9.8 oz. (278 gr.)
Weight
115 US$
MSRP
WHO IS IT FOR
Neutral Trail runners who likes a snug fit.
Help me choose

During the summer of 2012, I received the first information about Pearl Izumi’s new project.

What got my attention at first was Timothy Olsen’s record-breaking Western State 100 win, wearing a brand new Pearl Izumi shoe.

Later it was announced that the shoe in fact was a prototype of EM N1. EM stands for E:motion. That fall, I collected as much information as I could about the project as I thought it looked really interesting and could be a possible game changer.

Pearl Izumi chose not to talk about heel drop; instead the E:motion is all about the dynamic offset. According to Pearl Izumi, the offset changes during your gait cycle. Here’s how Pearl Izumi explains it:

Before this review, I had really high expectations and I thought EM project would fit my bill. I always liked Pearl Izumi Streak’s/Peak’s with their really nice road/trail feel and how light they feel. EM N1 is something totally different to me.

When un-boxing the shoes, they looked as expected. I found the same thing when trying them on. I was very pleased to see “waffled” shoelaces as it seems these days like the shoe industry has decided to equip their shoes with lightweight shoelaces that come untied after two seconds.

The tongue is also equipped with two extra loops on top to keep laces and tongue in place. The fit was nice and snug when trying them on at home. Over all the impression was as expected.

Pearl Izumi was the first company to use a seamless upper, if I recall it right (although it was debatable if the shoes upper really was seamless, as seams was seen all over the shoes). The EM N1 has a snug tight-woven mesh, with glued over lays.

The shoe has extra support in the arch area, by welded stripes. The waffled laces helps the upper to give extra support. But be careful: the laces can create an overly snug feeling and possible hot spots on the top of your feet. On the other hand, its also easy to tie them too loose and the shoe will slip.

As mentioned above, the laces stay put with support from the two extra loops, which is a great feature. The toe box feels snug as the woven mesh is heavy, stiff and firm. I would have preferred a more soft mesh that is more shape-able. I feel that the shoe also can be very warm as the mesh is very tight. (This has not been tested as its still winter here in New Jersey, where I’m located). The EM N1 toe box has a small protection in the front.

If you run trails like the NJ part of the Appalachian trail, watch your toes. The toe box could have been more protected. The overall fit is good but as a “racing shoe”, the upper is on the heavier side and feels clumsy to me, due to the heavy woven mesh.

Pearl Izumi says: “Aggressive, multi-directional Carbon Rubber lugs in the outsole are zoned to offer superb traction in the forefoot and superior braking and control in the rear-foot.” I can agree the lugs have great traction.

I have been trying these shoes on Appalachian trails in NJ, which has been very muddy due to the rough winter and, of course, this part of Appalachian trail is very rocky. The lugs have not collected any mud and have a secure grip on the roots and stones.

Overall, I feel safe and can move on forward without have to worry about the traction and where I put down my feet. The shoes also has a “flexible rock protection plate”. The plate has kept my feet protected from sharp rocks and stones but does not feel as fexible.

This is where it becomes interesting. Pearl Izumi’s dynamic off set is supposed to offer a smooth ride. I have experienced something totally different. Its hard to say what the dynamic offset really does to you as you run on uneven trails.

After my first run, I was in shock; I could not believe how firm and unresponsive the ride was. It felt like I had a piece of cement under my feet. For 8 months, I have been reading about the project’s smooth ride but I also learned that Pearl Izumi discontinued the whole first batch of shoes due to its firmness.

My feet and legs have never been this beat up from a pair of shoes. I was thinking this cannot be right! My legs are used to 75 mile weeks and firm racing flats, so I feel my legs should be able to handle firm shoes. But the thick EVA sole did not give the energy and smoothness Pearl Izumi has been talking about and other test runners have experienced. On further runs, I have experienced the same feeling although my legs have adapted a bit to the firm ride.

In short, the ride is firm and unresponsive, with a lack of energy return. The firm sole makes the shoe lack of flexibility.

The shoes run nicely over the trails with a nice grip. The ride feels secure and safe and your feet feel protected. The traction really speaks well and you can “let the horses loose” on the trails. The N1 is supposed to be EM’s project racing option, but the fast feeling is lacking due to a thick mesh, and a really firm, unresponsive midsole.

I feel that the firmness drains your legs of energy. During my runs, my legs gets tired fast and my feet start to hurt due to the really firm ride.

I have been waiting for the EM project release for about 8 months. And I have to say, I’m really disappointed! I was hoping for a nice smooth ride but instead I feel that the ride was totally the opposite. I might have been given shoes from the first batch which would explain exactly what I was experiencing: a firm ride that beats up your legs, but this has not been confirmed or denied by Pearl Izumi.

Its difficult to advise about the dynamic offset on a trail shoe as my trails have been muddy and rocky. I would not advise to take EMn1 trail on the roads as the feel is really firm. As for a racing option, I feel you can find a faster option. The N1 Trail does not give a fast impression due to thick EVA midsole, firmness and no energy response.

I miss the really nice feeling of the trails and the lightness from the Pearl Izumi Peak II. In my opinion, the Peak is a far better option for trail running and racing. I was hoping for so much more when I started to read about the EM project. The Pearl Izumi was the total opposite of what I was hoping for.