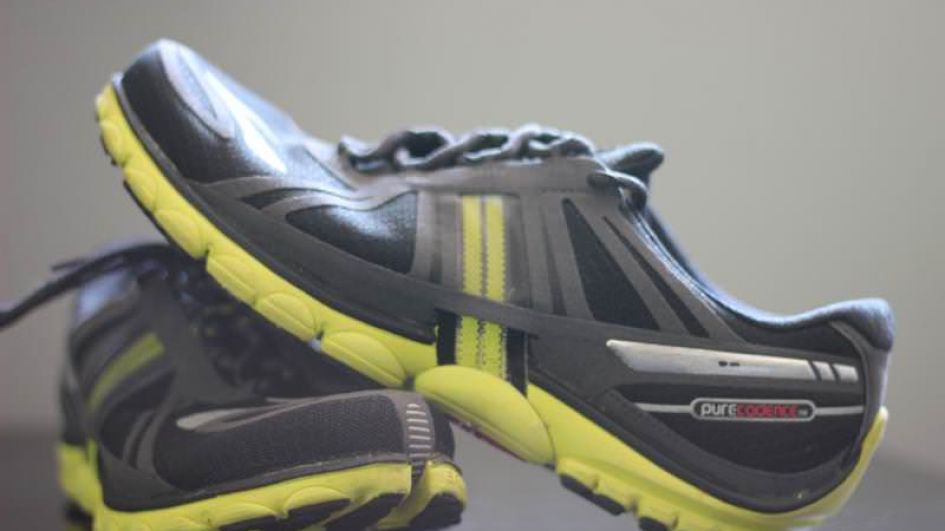 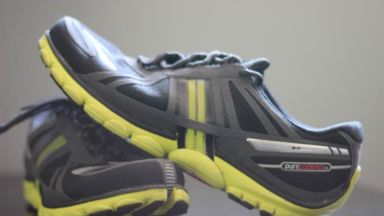 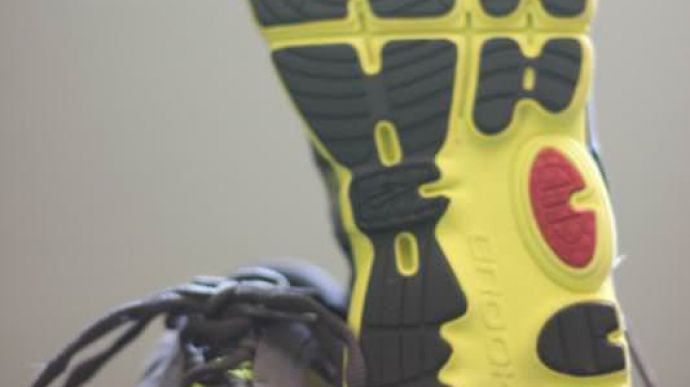 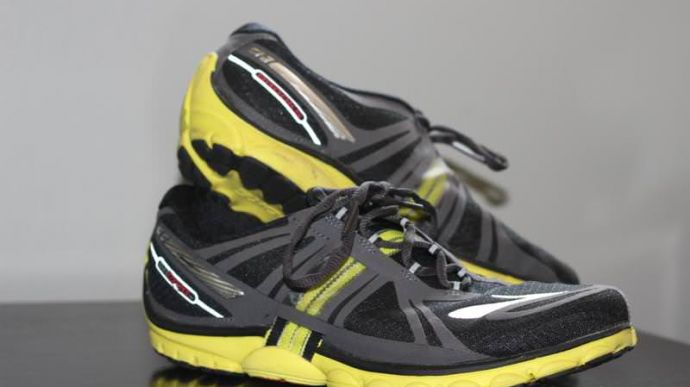 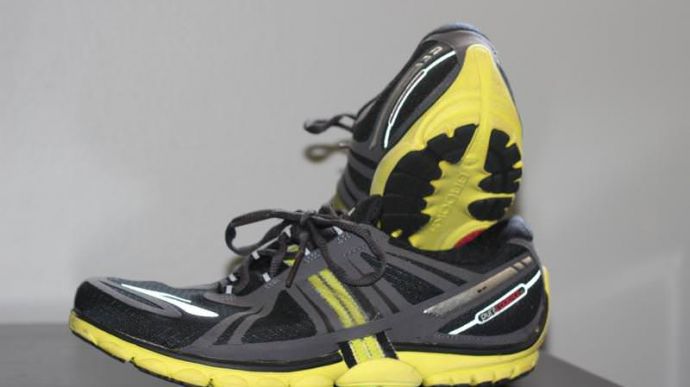 A unique shoe with almost no competition, the Pure Cadence 2 is a fun, stable and good looking shoe that minimalist-curious over pronators can get along with.
WHERE TO BUY
LOWEST PRICE
$120
SHOE INFO
Brooks
Brand
Pure Cadence 2
Model
Stability
Type
9.6 oz. (272 gr.)
Weight
120 US$
MSRP
WHO IS IT FOR
Mild to moderate over pronators looking to try a stripped down shoe without going too far away from a traditional trainer.
Help me choose

The Pure line offers reduced heel heights and an overall ‘less is more’ approach to footwear design while still retaining the cushioning and support features found in traditionally built shoes. The Pure Cadence being the shoe that fills in a stability role in the lineup.

Now Brooks has released an updated offering, the Pure Cadence 2. The shoe is still targeted at the over pronating runner who wants to experiment with less shoe without sacrificing support.

Out of the box and on the foot, the Brooks Pure Cadence 2 is immediately comfortable.

It has a slight lateral lean to its stance which helps provide support to the foot that likes to roll in. The fit is medium in the heel and slightly narrow in the toe box. The Pure Cadence 2 is also shallow which contributes to its low slung, fast aesthetic.

The Brooks Pure Cadence 2 midsole is constructed around a couple of new Brooks technologies: the BioMoGo DNA foam and the IDEAL heel. BioMoGo is Brooks’ proprietary midsole foam that is reported to be more earth friendly as it decomposes 50 times faster than traditional foam once it hits a landfill.

IDEAL heel is a new design that claims to shift the foot forward during the gait cycle and thus reduces the tendency for the heel to land first. We also get an internal PDRB (Progressive Diagonal Roll Bar) that forms a ramp for the foot to roll over and generate a more neutral foot strike.

This is accomplished by casting the midsole in a wedged shape with the lateral side being lower to the ground than the medial side. It also somewhat eliminates the need for any extra posting material. The outsole features a split toe design that gives some additional flex to the big toe.

Additionally, deeply carved flex grooves line the forefoot and allow for a large range of motion. A medial and lateral pod system is also located underfoot with the lateral side under the cuboid bone and the medial pod right in the center of the arch.

The last of the Pure Cadence 2 is also only slightly curved which adds to the stability of the shoe. Finally, the outsole is dressed off in high durability carbon rubber for abrasion resistance and enhanced road feel.

The most notable and striking feature of the Pure Cadence 2 upper is the Brooks Nav band. This is an elastic band that travels under the laces and across the mid foot of the shoe and helps lock the foot onto the platform. The many overlays present here are of the welded variety and stitching seems to be kept at a minimum.

The Pure Cadence 2 sports a quite strong heel counter that adds stability and provides for a good, medium sized fit. A new design on the Pure Cadence 2 is a ‘burrito’ style attached tongue that is essentially a part of the lateral upper that wraps over the medial side of the foot.

The upper is only mildly breathable and tends to trap heat. A large, reflective Brooks chevron logo is found on the toe box for brand identification and increased visibility. The lacing pattern is curved and the Pure Cadence 2 uses a hybrid lace that is semi-flat all the way up to where it ties and it transitions to the ‘sausage link’ style lace that is designed to resist coming loose. A cushy MoGo sock liner finishes out the upper treatment.

Unfortunately I did not get to test the original Cadence which is a shame since I am so excited by the Cadence 2. I like almost everything about this shoe.

Brooks nailed the ‘not quite minimalist’ vibe here and this is a shoe that I truly enjoyed running in. Admittedly, there is a bit of nostalgia on my part as the Cadence 2 reminds me of the Nike Free 7.0 which I dearly loved.

The new Cadence feels like an updated, fresh take on the Free 7.0 which Nike unceremoniously dumped a few years ago. As such, the Cadence 2 now sits pretty much alone as I cannot think of another shoe that is built to compete with it. At $120 it is a bit pricey and I’m at a loss to understand why minimally constructed shoes cost as much or more than traditional trainers.

The upper of the Cadence 2 felt hotter to me than I expected. This shoe needs thin socks for sure. I even ran it twice sockless which felt very comfortable in regard to temperature but did leave me with some mild toe irritation as the upper did chafe a bit. Still, I cannot ding the shoe for that since Brooks does not advertise the Cadence 2 as a sockless running shoe.

The fit of the upper is medium in the heel and mid foot with a slightly narrower toe box. All Brooks shoes generally feel this way to me-almost bullet shaped, if you will. I did appreciate the firm heel counter and the wrapped tongue was just fine-no issues at all.

However, the right shoe toe box end cap had a maddening tendency to buckle in on my toes which necessitated me stopping whatever I was doing and popping it back out.

On the run, the IDEAL heel geometry can be felt as a shift forward from the heel to mid foot. I’m a heel striker and I could tell that the design moved me ever so slightly forward which was not a problem. I was still heel striking but it was simply closer to the mid foot than before. The ‘stability by geometry’ idea is one that rings true with me and I enjoyed the high arched, wedged feel of the Cadence 2.

However, after 20 or so miles I could tell that this wouldn’t be a long run shoe for me. It’s still not as stable as my daily trainer but it sure is fun! I felt that the Cadence 2 was at its best in the 4 to 8 mile range making it a great shoe for a shorter tempo run or race.

The cushioning hits a really sweet spot being neither to rigid nor too soft. You’ll still get some decent road feel here. Altogether, I am extremely comfortable recommending the Brooks Pure Cadence 2 for mild to moderate over pronators who are looking for a complementary shoe for their daily trainer.

We thank the nice people at Brooks for sending us a pair of Pure Cadence 2 to test. This did not influence the outcome of the review, written after running more than 50 miles in them.