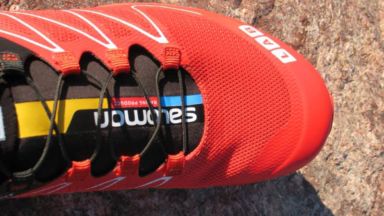 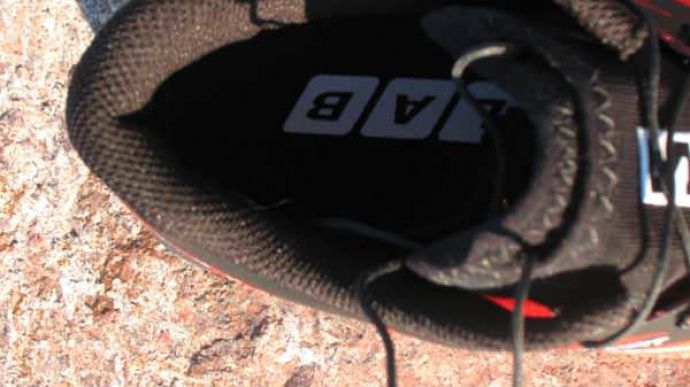 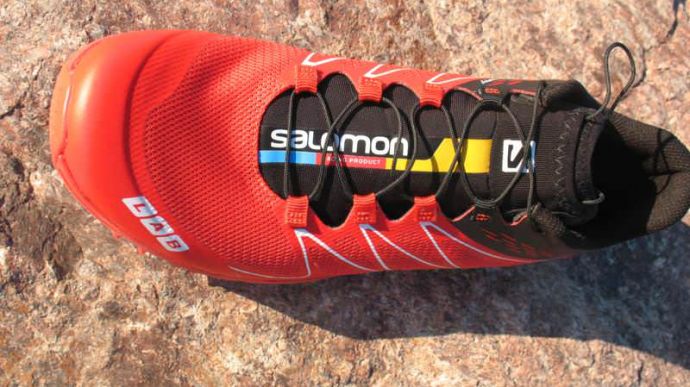 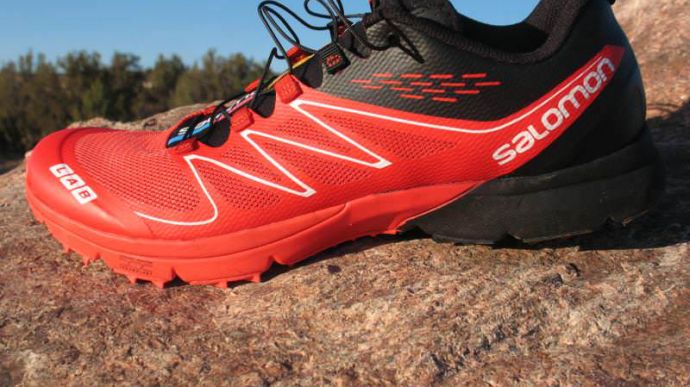 Salomon has made some incredible strides by introducing the all new Sense Ultra, complementing their current roster of shoes considerably. I can say with great confidence that anyone who laces up a pair will love them as much as I have.
WHERE TO BUY
LOWEST PRICE
$180.00
SHOE INFO
Salomon
Brand
S-Lab Sense Ultra
Model
Trail
Type
7.5 oz. (213 gr.)
Weight
180.00 US$
MSRP
WHO IS IT FOR
Natural efficient trail runners with a midfoot to forefoot Strike.
Help me choose

The Original S-Lab sense was a shoe designed for Ultra runner Killian Jornet, built specifically for ultra-distance racing, vertical kilometer, and all the training that is associated in between.

The Sense Ultra is a brand-new shoe built for distance–featuring a more durable design, midfoot protection, and tougher cushioning materials.

This new offering from Salomon sports deeper lugs, plentiful cushioning, and with those also comes some additional weight.

These design elements should not only enhance the comfort of the shoe, but its durability and adaptability to a larger crowd of runners.

By doing this should hopefully increase the shoes life expectancy, and also reduce runner fatigue at greater distances which seemed to be a concern by some. I know for myself I appreciated the additional cushioning particularly as my distance increased. I also found the proprioception to be superb in my outings as well.

Another nice addition to the midsole was the addition of a layer of ProFeel Film that extends further back into the midfoot to beef up the rock protection of the shoe. While this may leave many concerned that this may limit the flexibility of the shoe rest assured that it has not. The protection that this addition offers I think well be welcomed by most runners as it was I, particularly when getting into more jagged and aggressive terrain.

Finally we move into the evolved lugs and outsole. Any runner that has laid eyes upon the Sense will notice that the lugs of the Ultra are noticeably deeper. However, the differences don’t stop there as the Ultra boasts additional lugs in the midfoot and forward part of the heel–reinforcing the shoe’s appeal for rugged daily training. This addition really provided the shoe with excellent traction in all conditions, and also makes the shoe more appealing to those runners that don’t have a forefoot strike. Additionally, the OS tendon stretches further back into the midsole on the Ultra, providing a bit more structure than the Sense model.

The upper of the Ultra is quite similar to the Sense, with the only noticeable difference that being a bump-out in the Exo-Skin over the big toe area. This may be to help reduce some delamination issues I noticed within the Sense line, while also adding protection. If it helps eliminate the chances of a blackened nail then I will say it’s the best improvement they have made.

The Endo-Fit structure of the shoe provides superior midfoot structure giving the shove a glove like fit. I will warn most of you that it is a bit of a struggle to put the shoe on, but once on the Ultra feels like it was naturally intended to be there due in part to the seamless overlays.

The Ultra adopted the same Quicklace system as used in the Sense, which makes on and off lacing fast and simple. The open mesh of the upper kept the shoe nice and breathable and quick drying as well.

While the Ultra is just over 1oz heavier than the Sense, it stands apart as a rugged trainer which complements the Sense lineup well.

The Sense Ultra remains still an awesome light-weight and super flexible shoe that will far outlast the Sense in the mileage department–a design element that excels in the new shoe. I really appreciate how comfortable this shoe is and its ability to adapt to any terrain. I definitely feel confident that I can tackle any terrain in this shoe and remain blister and pain free. The thing that I appreciate most about the shoe is that all that is wonderful about it is accomplished with minimal materials.

The shoe boasts no unnecessary additions or over engineering and is simple and seamless. I can say with great certainty that past wearers and new ones alike will be just as impressed with this shoe as I am.

We thank the nice people at Salomon for sending us a pair of S-Lab Sense Ultra to test. This did not influence the outcome of the review, written after running more than 50 miles in them.

Sorry - Product not found. Please try RunningWarehouse.Com to check in their assortment.
This page contains affiliate links. As an Amazon Associate I earn from qualifying purchases.
WHERE TO BUY
LOWEST PRICE
$180.00