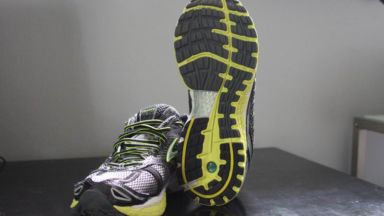 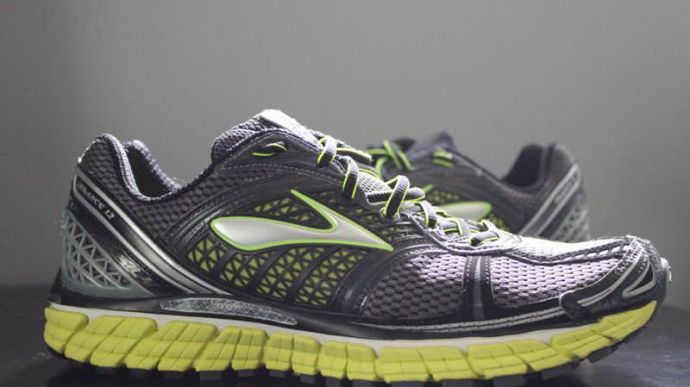 Overall, Brooks brings an improved Trance 12 to market. In the shrinking stability marketplace the Trance 12 offers an attractive, stable solution for luxury-minded over pronators
WHERE TO BUY
LOWEST PRICE
$150
SHOE INFO
Brooks
Brand
Trance 12
Model
Stability
Type
12.8 oz. (363 gr.)
Weight
150 US$
MSRP
Trance 11
Previous model
WHO IS IT FOR
Mild over pronators looking for a high tech long run shoe with adequate stability and good cushioning.
Help me choose

Now into its second decade of production, Brooks offers a revised Trance 12 to the small but loyal following the shoe maintains. It’s no secret that the Adrenaline is the superstar of the Brooks stability line but the Trance has a few tricks of its own. With the Trance, runners can expect all the top shelf ingredients that Brooks has. Full length DNA cushioning compound, premium upper materials and a visually striking upper are all present here. As before, the Trance 12 aims to please the runner who demands extra support and premium features from their footwear.

I tested the Trance 10 a couple of years ago and I was less than thrilled with its performance in the stability arena. When I slipped on the very attractive Trance 12 I was pleasantly surprised that Brooks has apparently been hard at work at improving this shoe. The cushioning seemed a bit more responsive and the shoe more stable while retaining a traditional Brooks fit.

The Trance 12 midsole starts at its core with a full length application of Brooks DNA cushioning compound. DNA is supposed to be an adaptable cushion that softens at slower paces and firms up with faster running. In other words, it’s softer when hit harder. Encasing this is Brooks BioMoGo midsole foam which is supposed to be more environment friendly than competitor foams. Once it hits a landfill, Brooks claims it will decompose 50 times faster than conventional designs.

Interestingly, Brooks has given the Trance a new medial support post design that looks different than the older PDRB (Progessive Diagonal Roll Bar) design. I’m not sure what Brooks is calling this design as any nameplate is omitted from the shoe and Brooks’ own website offers no clue either.

Laterally we see a full-length segmented Caterpillar crash pad that is designed to help the shoe lay down smoothly and omit any clunkiness. On the outsole Brooks uses blown rubber in the front for extra cushion and firmer carbon rubber in the heel for durability. Brooks Omega Groove flex channel is carved into the outsole to guide the foot from strike to toe-off.

Brooks continues with the luxury treatment in the upper of the Trance 12. The interior fabrics are rendered in a cross-hatched fashion and are smooth, comfortable and extend through the mid foot of the shoe giving it a slipper-like internal feel. Brooks continues to use a high number of overlays in the Trance design as the heel overlay travels the entire length of the shoe both medially and laterally. Brooks is using an external heel counter design and its criss-cross pattern is also reflected in the mid foot saddle.

The upper mesh is relatively dense and seems to be of premium quality. The laces are the standard semi-flat style found on most modern running shoes. The tongue features a large porthole mesh covered by a finer mesh and is of medium thickness. Interestingly, the third and fourth eyelets are integrated into the mid foot saddle to better lock the fit of the shoe. A cushioned MoGo sock liner provides the finishing touch on a well-executed, if busy, upper.

The Trance 12 is a flat out better shoe in every regard than the Trance 10 I tested in 2011. I ran the Trance on the treadmill and asphalt surfaces and it performed quietly and satisfactorily each time. The fit of the Trance is pretty much like other Brooks shoes in that it feels wider in the heel and mid foot and narrower in the toe box.

However, the Trance upper has a bit more volume and would likely fit a higher instep better than it did my lower volume foot. I didn’t have any serious issues with the fit other than the heel is slightly loose on me and the upper is warmer than I like. This heat retention probably comes from Brooks’ effort to give the Trance 12 a bootie-like internal design which increases the amount of fabric on the inside of the shoe. Anyway, it wasn’t terribly bad but I did notice it.

In my mind, the real improvement to the Trance 12 is in the new medial posting. I liked its firm and stable platform but there is one problem. The lateral crash pad is a full length design that maintains ground contact along the entire length of the shoe. Add this to the Trance 12 having a cut out medial arch and what you end up with is a shoe that tries to sling you into over pronation. Not a good quality on a support shoe.

The effect isn’t drastic and did not ruin my Trance experience but it did leave me wondering what Brooks was thinking. If the Trance would employ a more similar lateral design to the Cadence 2 then this problem would go away.

Additionally, in my size 10 the Trance 12 weighed in at about 12 ounces just like the Trance 10. The Trance 12 ran circles around the 10 in every way and it certainly didn’t feel as heavy as its weight might suggest.

I feel much more comfortable recommending the Trance 12 than I did the 10. It’s simply a better shoe and if Brooks can cool down the upper and fill in the medial midsole as opposed to the lateral, then the Trance could cast a very seductive spell indeed.

We thank the nice people at Brooks for sending us a pair of Trance 12 to test. This did not influence the outcome of the review, written after running more than 50 miles in them.