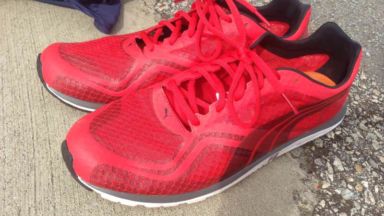 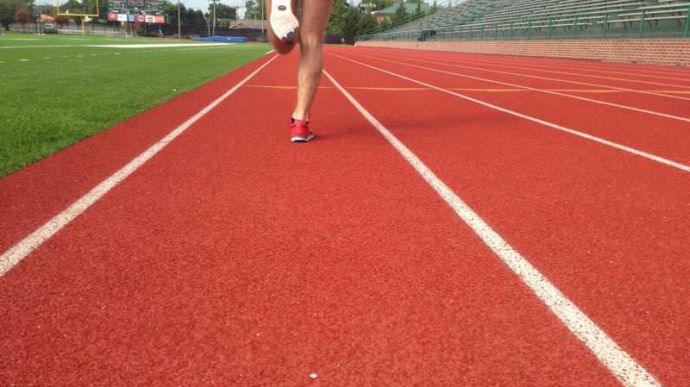 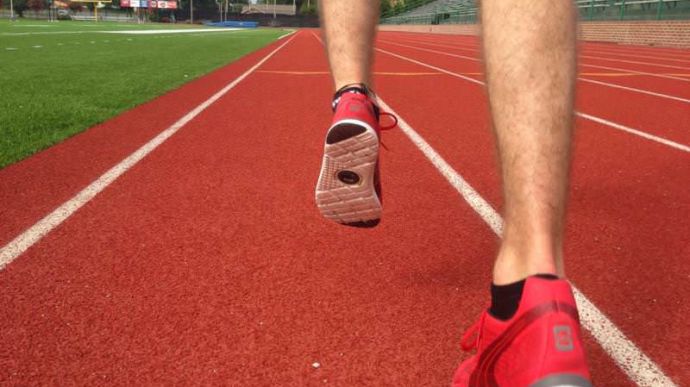 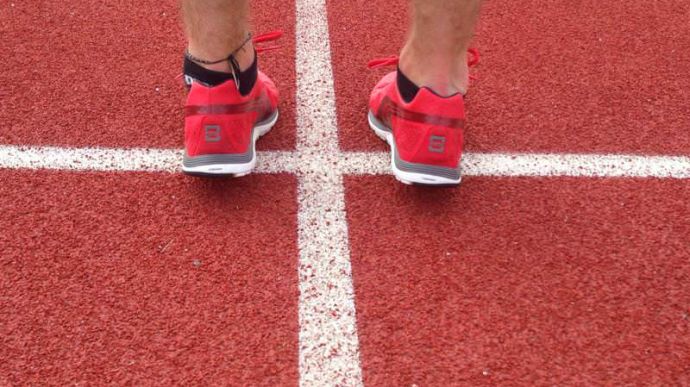 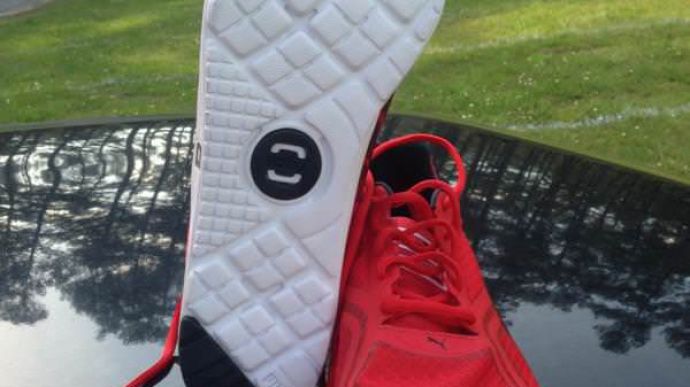 The Faas 100r is a racer for runners without the bone durability of minimalists but who appreciate responsiveness in a racing shoe. There isn’t much to the Faas 100r, somewhat transparent cage mesh upper and ½ inch foam base. It has an even base, absolutely no drop from heel to toe, and a slight curve at the ball to toes of the foot for forward rolling purposes. This racer will let your foot do what it wants but protect you from debris that prefers to wedge itself into our toes during the run.
WHERE TO BUY
LOWEST PRICE
$100
SHOE INFO
Puma
Brand
Faas 100r
Model
Minimalist
Type
5.5 oz. (156 gr.)
Weight
100 US$
MSRP
WHO IS IT FOR
Minimalists with a desire for some padding and developed neutral runners looking for a shoe that will give their feet freedom in a race.
Help me choose

The Faas 100r is a member of the Faas (fast) series labeled by ascending degrees of cushioning from 100r to 1000. The model is cleverly designate on the tongue of the shoe with an ascending bar, the 100r having only one of the ten bars.

The first sight of my Puma Faas 100rs was one of great excitement. They came with their own “Clever Little Bag”, a convenient traveling tool for the everyday runner. The little things right people?

My first run in the 100rs were some 220s on the reliable cinder track up the way from my home. This first run brought to light a concern associated with running on slippery or loose surfaces. They slid around on my feet some, I tightened the laces and the performance improved but they are just slippery shoes on loose surfaces. This concern disappeared when I took them on pavement and rubberized track. Traction was maintained and the shoes performed admirably.

Faas Foam+ is the basis of the Faas 100r as well as the rest of the Faas series. The material is light and cushy. It gives a smooth ride given there’s not a lot of it down there. Faas Foam+ is flexible and gives under pressure, absorbing much impact. The flexibility lends to the responsiveness of the shoe, but the tradeoff is the material is not too hardy. My pair is showing significant wear under the balls of my feet.

Keep in mind, reader, that I have worn these on cinders, rubberized track, and asphalt. Black rubber pieces on the front inside and heel outside called respectively the EverRide+ and EverTrack are more durable and intended to take more wear overtime.

The Faas 100r has a 0 millimeter drop and specifically boasts that fact in tiny black letters on the heel. This is a racing flat meant to allow your foot to strike as it desires with minor interference. The arch has slightly more cushioning under it to make up for the difference in arch height from the rest of your foot.

The Faas 100r has a light, caged upper that is slightly transparent, i.e. breathable, with a modicum of rubber/plasticoverlay for the logo.

The tongue is a thin flap typical of this type of racer. What isn’t typical is the square of cushioning it contains right above the center of the foot. This pad goes a long way to stabilize the tongue and bring comfort during your foot lift where in other tongues of this style the tongue shifts position and bunches up causing pressure points and unpleasant blisters over longer distances.

The heel is the thickest part of the racer, and by that I mean some light padding along the Achilles which diminishes slowly towards the eyelets of the laces.

Puma’s choice of stock laces were not my preference on this racer. They are round and fat, appropriate for a larger trainer but slightly uncomfortable in a racer of this size. If laces factor heavily in your shoe preference, consider purchasing a replacement pair. If your toes bend significantly during dorsiflexion be wary of the stitched lace guard piece at the base of the tongue. It will rub your toe knuckles over time.

The Faas 100r is an excellent racer for the 5K-10K range and is potentially usable in half-marathons for those who prefer deconstructed, thin foot wear. For the developed runner this shoe will feel like a pair of spikes liberated of their spike plate. For the novice they will feel like someone forgot to build a shoe and instead made a hardy sock. Wear them for some workouts before racing to give your feet time to adjust if you’re not used to wearing flats and these shoes will make for a fast race.

We thank the nice people at Puma for sending us a pair of Faas 100 to test. This did not influence the outcome of the review, written after running more than 50 miles in them.