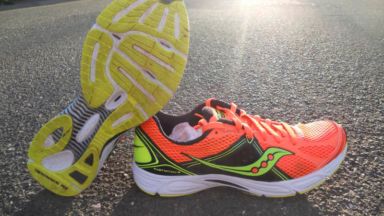 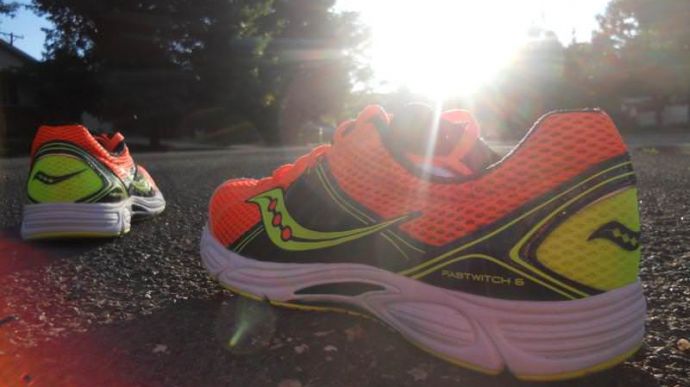 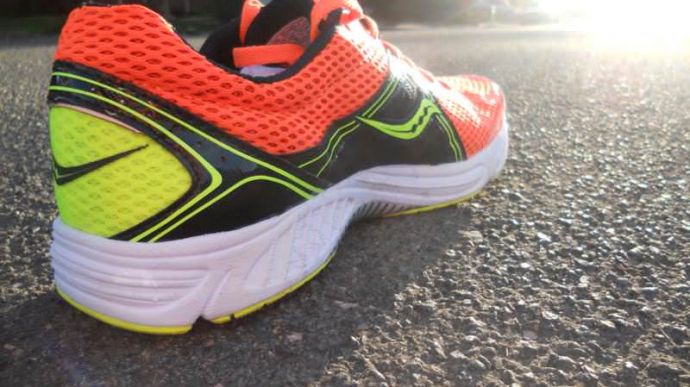 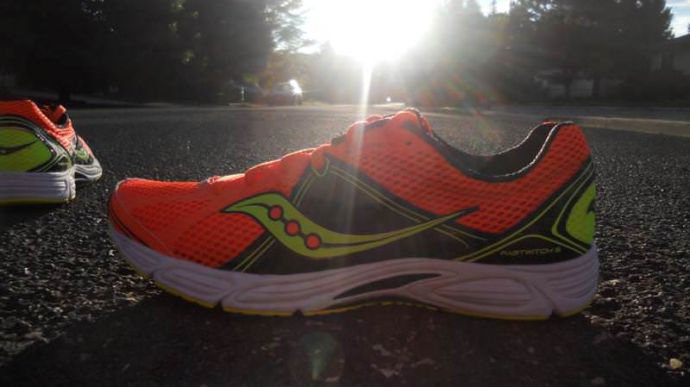 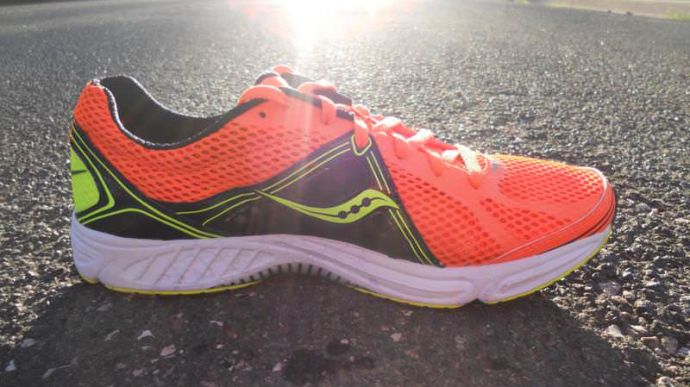 The Saucony Fastwitch 6 is a lighter weight version of the fifth iteration of the Fastwitch which will please runners looking for a racing shoe with a very firm ride and support for overpronation.
WHERE TO BUY
LOWEST PRICE
$90
SHOE INFO
Saucony
Brand
Fastwitch 6
Model
Stability
Type
7.5 oz (men's size 9) 6.6 oz(women's size 8) oz. (213 gr.)
Weight
90 US$
MSRP
WHO IS IT FOR
Runners wanting a racing shoe for 10k to the marathon with some added stability.
Help me choose

The Fastwitch 6 is a lightweight racing shoe designed to give overpronators the support they need.

The Fastwitch 6 updates the somewhat dated upper construction of the Fastwitch 5 by adding welded on overlays and lightening up the shoe 0.3 ounces. When I first put on the Fastwitch 6 I was surprised by the sizing as I normally wear a 9.5US in Saucony shoes and a size 10 felt perfect for a racing flat. The shoes felt very lightweight and agile and I was surprised at how roomy the toe box was.

Saucony updated the upper of the Fastwitch by adding welded on overlays and reducing the overall amount of fabric adding structure over the very lightweight dual density mesh. As mentioned previously, the Fastwitch 6 runs a half size small and even in very lightweight racing socks I felt that I needed to size up.

The fit is excellent overall with a medium heel which leads to a snug mid foot and wider toe box than most racing flats, and while the mesh is highly flexible the Fastwitch upper never felt sloppy, even on trails. An ortholite insole provides additional cushioning as well as offering some odor fighting properties.

There are several ways in which a shoe may provide support in a lightweight package. Most of the big name shoe companies have created lightweight dual density foams which they strategically place to provide mid foot stability for overpornators. Another method, although becoming somewhat archaic these days is to place a medial post in the form of a thermoplastic unit in the midsole foam.

The plastic implements reduce flexibility and often times, usurp the cushioning of the shoe. For the Fastwitch, Saucony chose to place a Midfoot Support Bridge which runs from the heel through the mid foot of the shoe. While this device provides ample pronation control and makes the shoe more rigid, it greatly decreases the flexibility of the shoe and transition through toe off.

Any runner disagreeing with my assessment need only try doing a tempo run in a shoe with a midsole post versus one that uses these fancy dual density foams of late. The ride is typically much better cushioned and smooth without a piece of plastic impeding the flexible foam. However, many runners who wear stability shoes have only tried shoes with the more traditional medial posting, and I encourage runners to explore newer technologies on the market, especially in their racing shoes.

With the Fastwitch 6, Saucony created a more than worthy update to one of their flagship shoes. Runners have loved the Fastwitch for its relatively light and nimble feel with a great deal of stability in a road racer. While the upper improvements have kept up with the times, the midsole and cushioning lags behind the rest of the Saucony line. I found the cushioning too firm and during tempo runs (10 miles) my feet were a bit beat up.

Maybe this move has been purposeful in order to maintain the base of customers who regularly buy the Fastwich, but I would love to see the midsole use a combination of Saucony’s EVA+ and SSL foams to create a dual density effect for stability. I think that the result would be a smoother, softer ride with a similar amount of support that Fastwitch wearers have come to love. But, if you are a fan of the Fastwitch this latest version certainly aims to please.

We thank the nice people at Saucony for sending us a pair of Fastwitch 6 to test. This did not influence the outcome of the review, written after running more than 50 miles in them.