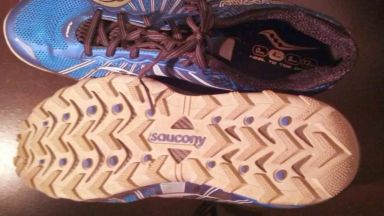 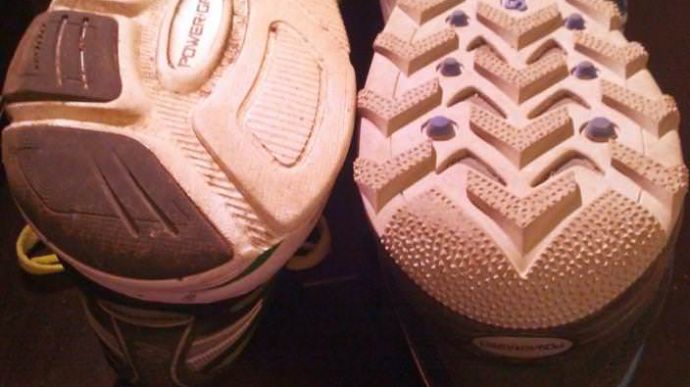 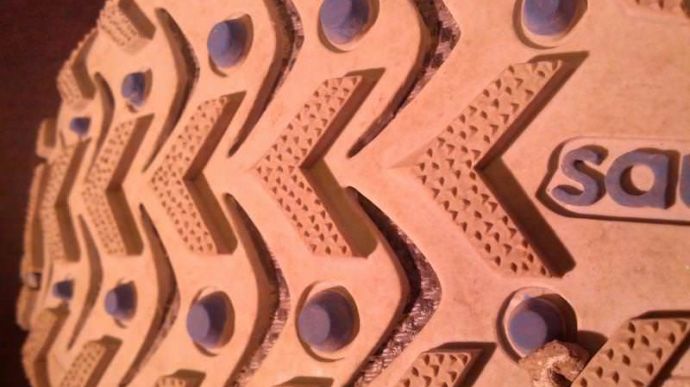 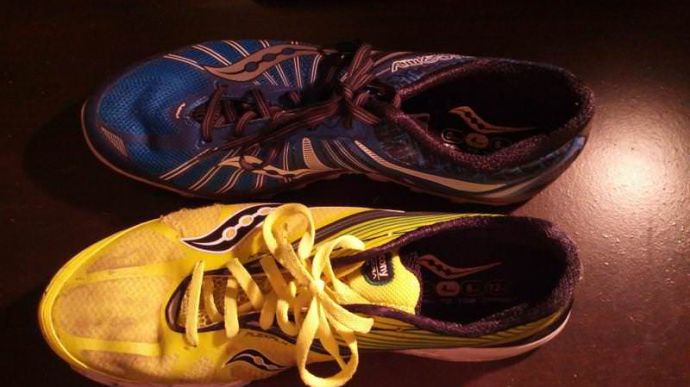 The Kinvara TR is a formidable entry into the lightweight trail market, bridging the gap between a go-to minimalist shoe with the extra grip and traction needed in a trail shoe.
WHERE TO BUY
LOWEST PRICE
$100
SHOE INFO
Saucony
Brand
Kinvara TR
Model
Trail
Type
7.9 oz. (224 gr.)
Weight
100 US$
MSRP
Saucony Kinvara
Family
WHO IS IT FOR
Runners who enjoy lightweight shoes as well as light to moderate trail running.
Help me choose

The Kinvara TR 2 is a reboot on an all-new model from Saucony, bringing the lightweight ride of the Kinvara together with a rugged and textured outsole designed for trails. The Kinvara TR 2 brings together the seemingly-paradoxical worlds of minimalist running with trail support, creating a well-built everyday shoe for runners on moderate trails and cross-country courses.

I was pretty excited to try out the Kinvara TR 2, as I make no excuses on this blog for my Kinvara fanboy tendencies. This is the shoe that brought me to minimalist running, and I’ve remained as impartial as possible as the model has evolved over the years. By no means do I think the model is perfect, however, so I retained as much skepticism about the Kinvara TR 2 as I could. Given that an experiment taking a minimalist shoe and up-armoring it for trail running could go horribly wrong as a thought exercise, it was for the best that I scrutinize this shoe thoroughly on various levels.

That said, I found the Kinvara TR 2 to be a pretty well-built shoe. The upper retained the aesthetic and design sensibilities I expected—lightweight materials, a thin upper, and a reassuringly spartan amount of materials. The outsole is where this shoe makes itself stand apart, featuring a rugged, knobby design that gripped on dirt, bridle paths, small and large gravel, and up medium-steep switchbacks. Put together, the Kinvara TR 2 was shaping up to be a strong contender in a market rife with hits-and-misses.

The Kinvara TR’s midsole unit is similar—if not identical in feel—to that of the Kinvara 4. Cushioning is fairly light throughout, with more prominent support throughout the heel. The midsole is everything one would expect from the Kinvara line, a level of support that holds up well to trail running without feeling flimsy or lacking in cushioning.

The outsole, however, is the biggest feature of the shoe. With all else being fairly even, the outsole of the Kinvara TR’s outsole is composed of high-traction, durable rubber that feels as sturdy as it looks. This is even more noticeable given that standard Kinvaras tend to wear down very quickly for me throughout the outsole—with the rugged construction of the TR, I know that it’s going to take considerable mileage before I put a dent into these shoes.

In addition to a very pronounced groove pattern, the outsole also features small circular lugs reminiscent of small cleats for additional support and grip on uneven surfaces. Paired up with a protective plate throughout which further shields the shoe from ground debris, and this heavily-fortified outsole makes the Kinvara TR into the trail-focused shoe it is.

The upper of the Kinvara TR is what one would expect from the minimalist model in its conventional form. Lightweight, thin, and breathable, the upper on the TR is comfortable and reliable. The fabric of the upper is certainly more protective than the road mode (no getting stabbed by tree stumps this time around—unlike that of my Kinvara 4 experience).

The perennial gripe with the Kinvara for many is the lack of real estate in the toe box—a factor that could make or break the shoe for many. The Kinvara TR is no different than its forbears, and the toe room is no more spacious. This could be more noticeable for trail runners who truly make the most of toe room on uneven surfaces and terrain.

All told, the Kinvara TR is a strong trail shoe that takes two contrary worlds of design and strikes a harmonious balance. Pairing a lightweight shoe with the support and durability needed in a trail model is a tricky gambit, but Saucony designed an eminently practical shoe that pairs the best of both worlds. Though the TR might not provide every feature needed for intricate trail running, it’s a completely viable shoe for less-intense trails where extra grip is a welcomed addition.

We thank the nice people at Saucony for sending us a pair of Kinvara TR to test. This did not influence the outcome of the review, written after running more than 50 miles in them.