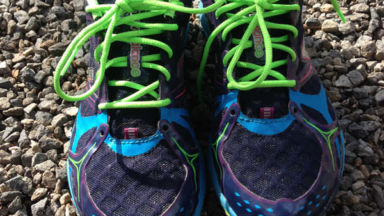 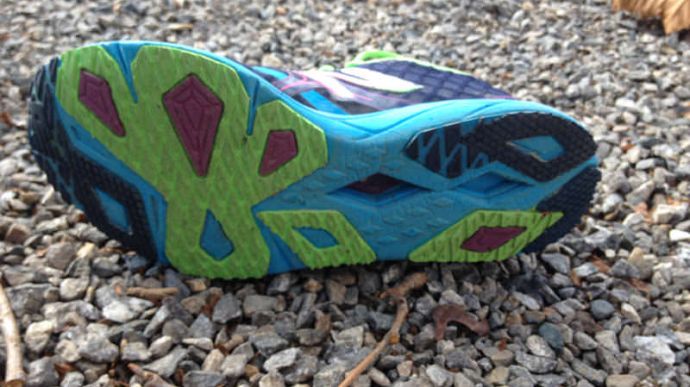 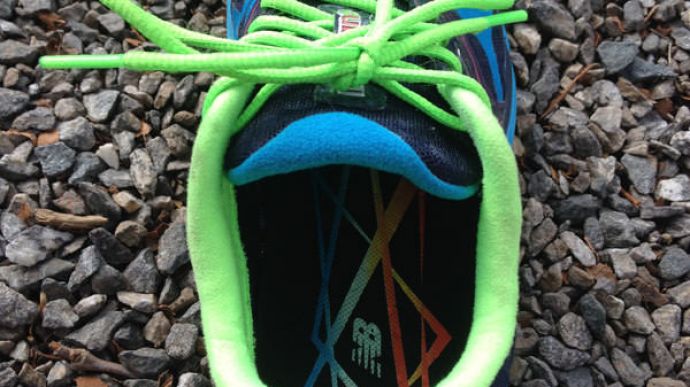 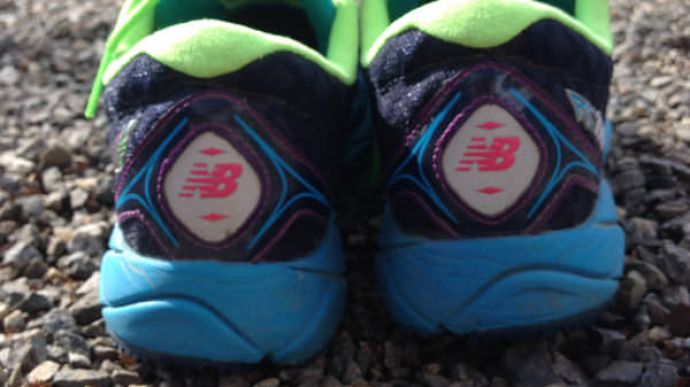 The New Balance 1400v2 is a decent light-weight racer option for neutral runners who enjoy a responsive ride and have a narrow forefoot.
WHERE TO BUY
LOWEST PRICE
$129
SHOE INFO
New Balance
Brand
RC 1400v2
Model
Racing
Type
5.3oz Women; 6.3oz Men oz. (150 gr.)
Weight
99 US$
MSRP
WHO IS IT FOR
Neutral runners looking for a responsive racer ideal for distances from 5k to half marathon and/or a reliable shoe for workouts. And certainly for those runners who adore the original version of the New Balance 1400.
Help me choose

The1400v2 is the first update to the wildly popular shoe, and it doesn’t seem like much has changed.

Given the popularity of the shoe, I can see why New Balance thought it best to leave it alone for the most part.

The new version is 5.3oz versus the 5.7of the original. The 1400v2 continues to employ the New Balance REVlite midsole, while increasing outsole durability with the endurance rubber compound.

The model I received was a black shoe with bright blue and pink detailing, and neon green laces. The neon rainbow look is not my favorite. It looks like a casual shoe you would find at a department store.

Fortunately, there are two other eye-catching styles to choose from. Color aside, the 1400v2’s flat outsole offers a comfortable, yet snappy response off the road.

The shoe is narrow and the upper fits tightly around the metatarsals. I have a narrow foot, and these shoes felt uncomfortably restrictive at first.

I blame this on the thick plastic overlays on the upper which cross the first and last metatarsal heads. I’m not sure what purpose is served by the plastic overlay. For v3, I certainly recommend that New Balance remove all plastic from the upper.

One thing you can count on is that the shoes run true-to-size. This is good news for you online-shoppers

Having never logged any significant miles in New Balance shoes before, I was pleased to discover that the 1400v2 improved with every mile.I was skeptical after the first run, but after 40+ miles the shoes really felt good. Keep this in mind if you are purchasing these shoes for racing. Make sure you have time to log some miles in them before the race.

I found these shoes to be most similar to the Mizuno Ronin and the original Karhu Racer.

I have completed comfortable easy runs in these shoesand I’ve also had some great faster threshold progressions.

These shoes are snappy off the road and they encourage a quick turnover. They felt best when running at a moderate pace around 7:00-8:00 per mile. At 10mm, the 1400v2 has a higher heel-to-toe drop than I’d prefer in a racing shoe, but they could certainly withstand the pounding of longer races like the half marathon and marathon.

As mentioned,the outsole employs the New Balance Ndurance rubber compound to last mile after mile. The shoe performs well on dirt and gravel roads as well, but the diamond-shaped REVlite cut-out in the midsole serves as a built in rock-catcher so I recommend sticking to paved roads unless you’re into rock collecting.

The uppercould probably receive a little more attention during construction, as I found the seams on the inside occasionally left blisters on my little toes, even while wearing socks.

Part of the issue is the narrowness of the toe box. As I stated previously, the plastic overlays at the first and last metatarsals restrict toe-splay. However, the more I ran in the 1400v2 and broke them in, the less I noticed these issues.

The New Balance 1400v2 is a very popular shoe, judging from the sheer number of people I see wearing them at local races..It doesn’t seem like much has changed from the original—good news for those who already love the shoe.

However, I found several issues with the 1400v2 including the narrow toe box, plastic upper on the overlay, and hole in the middle of the outsole which constantly got debris stuck in it.

Don’t get me wrong- This is a versatile shoe, great for faster running, but I certainly think there are some simple improvements that could make a big difference in the 1400v2.

We thank the nice people at New Balance for sending us a pair of RC 1400v2 to test. This did not influence the outcome of the review, written after running more than 50 miles in them.

Visit ShopNewBalance
This page contains affiliate links. As an Amazon Associate I earn from qualifying purchases.
WHERE TO BUY
LOWEST PRICE
$129